Did I totally just freak you out with that title? Don't worry there is no baby. Really I just like saying that phrase. I don't know why...actually yes I do. It's because I watch a ton of Lifetime Movie Network and I feel like they constantly say it and I think it's funny.  See below the emotion it is normally said in: 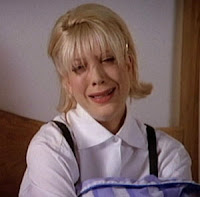 (I have to credit this photo to my best friend Sara who found it for me after I failed after numerous attempts in finding such a gem. It also goes to show that I pick very good friends because they know where to find such treasures.)

I took my favorite quote to the streets one day to test it out, and by the streets I mean work. There was an tour group coming in and I volunteered to work the coat check. I asked our event planner if we could keep the tips should we get any from those handing over their chaquetas. She said she was pretty sure that was frowned upon. That's when I made my move. Leaning over the railing in the foyer of the building I said "I can't raise this baby on my own..." Surprisingly it went over well. I mean I haven't received a letter of concern from HR asking why I was cornering guests for spare change to buy milk for my baby.  However, somedays when I forget my change for my daily soda(s) I do feel like setting up shop down by the vending machines with a cardboard sign and a cup. I HAVE A PROBLEM OK.


My cash flow is pretty limited these days. It turns out that cardigans and clever tee's  are not a need compared to say getting my own apartment. However, it looks like if I end up living in a cardboard box one day I can use said cardigans as curtains, rugs, and carpeting. So my roommate Barb put me on a strict budget. Let me tell you it's hard. Like really hard. I love buying stuff for myself and other people. I like to pretend I'm a baller but alas I am not. But I know how I could be. I've come up with the idea that I am going to play scratcher tickets and enter sweepstakes. I won $40 once and now I've got the itch. And by itch I mean I'm trying to get as much money as possible and I feel like if I win the lottery a lot of my problems will be solved.


If this seems like a far fetched plan to you--I'll be sure to write you from the American Idol finale that I drove to in my brannnnd new car that was presented to me by the celebrity of my choosing because I won the contest to spend a day with them. Then I'll hop on my personal jet that is staffed by Joey Fatone and Lance Bass (because let's face it what else do they have to do) where we will then go to egg the houses of the Backstreet Boys (except for AJ because I mean his life is sad already --hello male pattern baldness at 22). I will then make sure I remember to text you that my husband Jonathan Taylor Thomas says, "Hello." (He's my husband because I'm making all of my dreams from age 8 till the present come true and have you seen recent pictures of him lately?) You haven't? Well here you go: 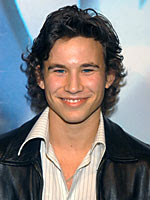 Still foxy...and he was the most affordable husband to buy. Then I'll make sure to pencil you in between my sessions of uninterrupted hand holding with Justin Timberlake, hair braiding and story telling with Tina Fey, and bed time stories with Tim McGraw.


Now that you see what I think about in my spare time and you know I'm crazy...I'm off to sleep.


P.S. As aforementioned I looked for pics of Tori Spelling sobbing. I Googled Lifetime movie images and this image was literally in the results: 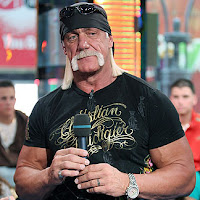 How awesome is that? You can't make something like that up.
P.P.S. If you would like -- you should totally become a follower of this little blog. There's a little button on the right that just says follow so click on it if you feel the urge. :)
Email Post