So your buddy Jones has a bit of speed problem.


Like  in the car--not the drug. I could have worded that better.


Last year I drove down to Farmville and Lynchburg Va a lot for various things: visiting friends and sorority sisters at LU, harvesting crops, doing things for my best friend's wedding, seeing the grandma that lives in Bedford, tending to my alpaca farm. The usual. Apparently while driving down there I peaked the fine officers of Ameila, Greene, and Amherst counties interest because they allllll pulled me over last year. Two times for speeding (once on my effing birthday which was also Thanksgiving this year) and once for failure to stop at a stop sign on the highway. 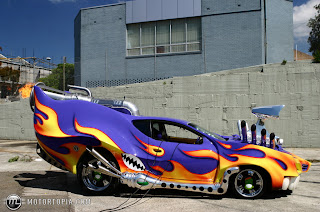 Neither of my tickets were reckless, and the failure to stop charge was just frustrating. In my defense I thought it was a yield. The ladycop that looked like Paula Poundstone did not really feel like letting me off the hook nor did she tell me a good joke.


So the DMV recently sent me a letter to tell me how poor my driving record was and suggested I take a defensive driving course to get some points back.


I didn't think that was so bad so I signed up to take on this past Saturday in Springfield. The class was from 8 AM to 4:30 PM so I was prepared to have zero fun but still learn a little something about how to become a better driver.


Boy was I wrong.


I walked in and sat in the back of the class. I sat in between 2 people which was actually my best choice of the day because they were also a little bit judgey and found humor in the same things I did.


When I saw the instructor I knew that he looked familiar but couldn't figure out why. At first I thought it was his resemblance to Abe Lincoln but then I remembered he was the scary substitute for my AP US History class aka the bane of my existence.


He told us his name was Mark and that he was 67 years old. What he failed to mention was that he would be the most unpleasant man to spend a Saturday with.


As many of you know I am very traumatized by the fact that I had horrible hair from 5th to 8th-ish grade. I was called son a lot and hated it. Now that I have long luscious locks that doesn't happen anymore. Well it didn't happen until Saturday when Marky Mark referred to me as "Sir". I was mortified. He said it front of the whole class. I had flashbacks to Poe Middle School and immediately resented him.


Once he realized his mistake he said his oversight was due to the fact that I was wearing a baseball hat and my head was down. Um--how about the fact that we had a small conversation 2 minutes before when he clearly knew I was a woman.


I could understand if I was wearing my usual Saturday get up: full tuxedo, top hat, monacle, and mustache, and cane. I like to look like Mr. Peanut.

But apparently me wearing a baseball hat magically made me dude like. After I reassured myself  I shouldn't change my name to Manly Antoinette Jones, I realized that I wasn't going to be the only one he offended during the day.
There was a class full of all different people of all different races and ethnicities. I believe I was the only one that was thought of us a male and female but I digress.
There was man who was from Pakistan. He was older and sat in the front of the class and like me had received a bunch of infractions in a small period of time. Marky Mark asked him the following question out of the blue (again in front of the whole class):
"So what's your job --do you drive a cab?"
Pump the brakes Mark. The guy was actually a journalist who spoke several languages. Mark later made remarks like this:
"Do you know why pot is illegal in the United States? Well in the 1930's Mexicans were planting it along the highways  so they made it illegal to keep them out."
"EXCUSE ME SIR--DO YA SPEAK ENGLISH?" (That was said to a legitimate sir--not me)
"MA'AM DO YOU WEIGHT ABOUT 100 POUNDS?"
Shyeah. He was one of the most offensive people I have ever met. He then asked us to write down our infractions so he could know what to focus on. He asked us to make it anonymous as he did not want to call us out. He then proceeded to ask "who wrote eluding the police"(because yeah there was someone in the class for that) and "Was 20 over reckless--how many of ya got reckless?"
After he told us we should always go to court and contest the tickets he then told us all the rules of the road in Europe. He frequently asked if people in the class had been to South Africa, Finland, or Egypt. Seeing as the majority of the people in the class were under the age of 20 my guess would be no. Teens aren't really looking to be wild & crazy kids on Spring Break in the raging country of Finland.

He also told us terrifying facts--the most haunting being:


"Don't ever drive on a full bladdah. If you do and then ya crash ya bladdah will explode inside ya...and you'll probably die."


Yeah let that thought marinate for awhile. I literally wanted to burst out of the class and speed home just to get away from him.


However, the people watching in the class was top notch. For instance one man sat in the front and picked his nose for a good 15 minutes. Three other people had taken the course 3-4 times. One guy had a spit cup for his dip (he sat right in front of me...it took all that I had not to propose on the spot). Another gentleman drove a work van for no apparent reason as he told us his occupation was "running poker games." I guess selling candy to children and/or having a portable meth lab were side jobs. There were also little notes that people wrote on the tables for future students. A time capsule if you will. Some were quite poetic. Here is my favorite:


Needless to say I passed the test with a 96% and was given 5+ points back. My goal is to never ever ever EVERRRR have to go back to that class again.


I was pretty traumatized by the whole experience and even though my goal has always been to be like Michelle Rodriguez's character in "The Fast and the Furious" I'll somehow find a new role model. Perhaps Ms. Daisy so I won't even be behind the wheel.


Stay tuned for when I explain how I got real hood real fast with strangers who were being rude.