Don't you think people who have mullets should have mulled over their haircut decision a little longer than they did?


Get it? Mulled? Mullet?


Alright I'm corny. But here's the deal. I just seriously question the mullet. Please don't misunderstand me though. I respect it.


If we're being honest with each other (which is a must here on my blog...I fully implement the circle of trust and pinky swearing) I at one time had a mullet. You will never see this picture of me unless:


1. My son/daughter is kidnapped and the only way I can get them back is to give them a million bucks and the most embarrassing photo of myself. (However if Liam Neilson is available to use his certain set of skills to retrieve them all bets are off.)
2. I am given a million bucks.
3. You ask Tim or Barb because they think it's hilarious and will show anyone. They will also show you videos of me singing and playing the guitar, and opening gifts on Christmas morning.


There is a simple explanation as to why I had one. It's Barb Jones's fault. Although she did dress me to the nines as she still requires me to mention. I was in 5th grade and I said "Mom I want a new look." She said " Oh you should get a shag. It'll look so cute! It's just lots of layers. They'll know exactly what to do!"

This is what a shag looks like on an adult: 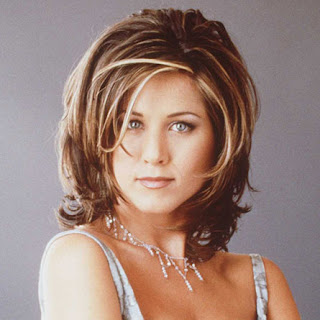 This is what a shag looked like on me: 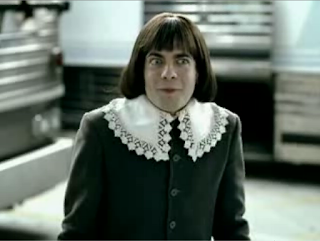 I literally cried. Cried like a baby. I looked terrible. You'd think that with fashion sense I wouldn't have minded but I did. So my mom took me back the next day to the same lady and said to make sure my hair was all one layer.
This is what the result of "all one layer" looked like: 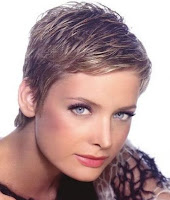 Now I didn't look anything like that pretty lady. I looked like a mini Rosie O'Donnell with long hair so you can only imagine what I looked like with hair that short. A chubby brown haired Ellen. For months people commented that my mom and dad had a beautiful son. I think when I met people for the first time I introduced myself this way:
" Hi. I'm Ashley. I'm a girl by the way. Sorry about my haircut. It wasn't my idea."
It was mortifying. When it grew out it hit a stage. A mullet stage. It was the worst. I entered Middle School looking like I belonged at an Alabama concert. I didn't wear my mullet with pride.
Which makes me wonder how others do. I mean granted I was 10 but still. Perhaps the mullet is a lifestyle that I just couldn't handle. Having a mullet requires confidence. The ability to keep a straight face at functions. For dudes that have mullets it takes courage to stand in the fancy clip and hair tie aisle at Target because I mean you clearly like to party and picking out Goodies accessories can't take up a large part of your day, Happy Hour is probably soon.
Whenever I see a mullet, or a chicklet (female mullet), or rat tails on little kids, I'm so impressed. I just marvel at them. They are so terrible yet so fascinating. It's 2010 and I'm not sure there still are occasions where business in the front and party in the back is really appropriate.
However, I must say there is one man who will always be a babe in my eyes, mullet and all. 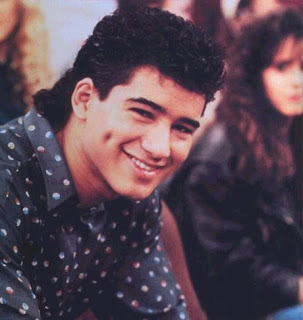 Can't you just hear him calling you, "Mama" like he did with Jessie Spano. I still fully maintain she didn't treat him like the prince he was. She was too busy getting high:

Totally not cool. I don't care how excited she was.
Anyway. Hopefully everyone has had a fantastic weekend.
--A
P.S. I NOW HAVE 51 FOLLOWERS!!!! THANK YOU SO MUCH!!!!
Now we can party!
Maybe I lied when I said the business in the front and party in the back
wasn't appropriate in 2010, because at this blog party
you are totally allowed to rock that look.
Nay encouraged to rock that look.
To best describe my joy for having such awesome friends/ readers
I bring you Hot Sundae:
Please note that while I wrote this post I too was wearing
the same leotard while jumping on a trampoline and when
I'm finished I fully intend on jumping in the air and pretending
to freeze frame.
Email Post