I need to know what you think

Things have been really busy lately which is strange because well they normally aren't. But I got a second job...again. This baby isn't going to raise itself. But I refuse to neglect the blog. It's one of the only things on my Spicy List I've been faithfully sticking to and I'm not going to let a little addition to my schedule mess it all up.

This weekend I had a day off so I went to Charlottesville, VA for my good friend Lauren's birthday and Foxfield (a baller horse race orrrr a field party with horses).

It was literally one of the best weekends ever. 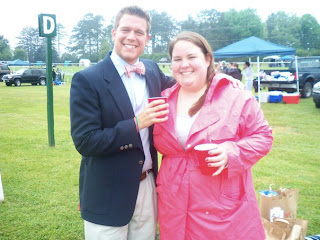 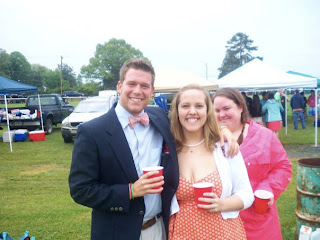 Robbed my new friend for his wallet: 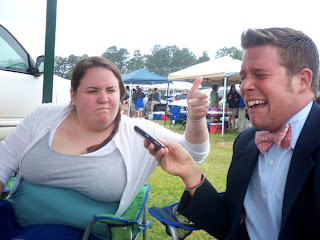 Hung out with this loser for the day 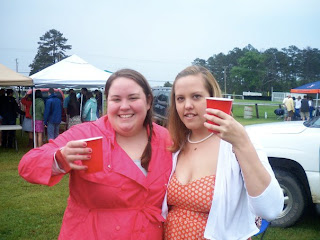 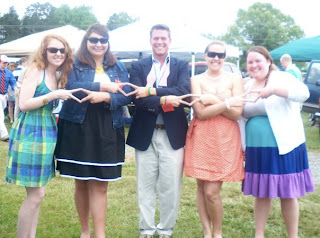 Went out bought a hat and held the F onto it 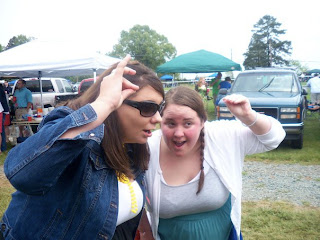 I had a SPLENDID time this weekend but I have a very important question to ask everyone.
Does my braid look more like a rat tail?
I mean I know they generally are down one's back and accompany a shaved head but I remain concerned.
Lauren and Fran have both assured me that it does not but I have distinct feeling it's a little too thin and I should never wear my hair as such again.
Your comments and concerns are welcomed, nay suggested.
Hope you all are having a superb week so far!
Love,
Jones
P.S. Kristin Lake is the bees knees and was also there. She also graciously drove us around and let us eat some baller cookies. The end.
Email Post