Skip to main content
Labels
May 21, 2010
The Chronicles of an Awkward Monster
By Ashley A. Jones 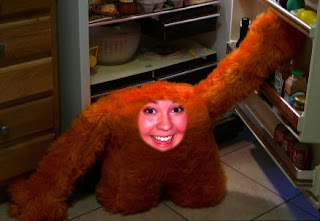 I'm off to embarrass myself some more--because let's face it as soon as I get up from my desk I will no doubt do something mortifying.
Awkwardly yours,
Jonesy
Email Post
Labels: nerds