ODE TO STUFF by Ashley Jones

Hi Nuggets.
I thought I'd give you a little rundown of some of my favorite things aka an Ode to Stuff:
Couch naps:
You will know when you find the perfect nap couch. For a long time I thought the only couch I'd ever truly love was the Gatzke's blue couch in their living room. I slept on that thing like it was my J-O-B. Then I met the couch of my dreams. 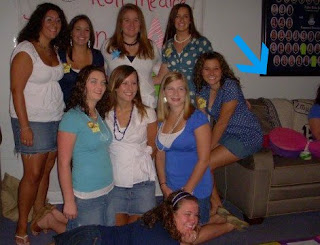 It was the couch in my sorority's chapter room. I could only find that partial picture and it clearly doesn't do it justice but it was the best couch ever. I tear up just thinking about it. I recovered from my 21st birthday on that couch.
Since graduating in 2008 I haven't had a quality couch nap. At the Jones ranch we have a leather couch. If you are a hard sleeper like me leather doesn't breath thus making it a very sweaty sleeping experience. Then this week I was dog sitting and was reintroduced to the couch nap. I have never slept better. I've been so exhausted from working a lot and today after lunch I came back and slept from 2:30 until 7:00. It was amazing. I woke up and felt like I had a productive day even though I was literally a hibernating bear. I don't know what makes couch naps so much better than naps in a bed but they are just wonderful. Wherever I move I'm making sure that I purchase a quality couch or have a neighbor with shoddy locks so I can sleep on theirs.
Chipotle: 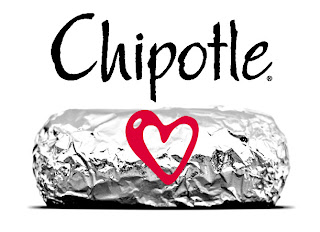 Thank you Chipotle for being so awesome. You have literally stolen my heart. Maybe not stolen but made it larger because you aren't exactly the most healthy. You have so many options for burritos that I didn't know existed. A burrito in a bowl-a burrito in...a burrito. Ok it's only two options really buttt still delish.
This Serenading Unicorn that my friend Shawn sent me:
http://www.serenadingunicorn.com/?u=cz1ib3l6Mm1lbiZuPUZpZFRoZUtpZCZyPUFzaGxleSUyMEpvbmVz
Barb Jones:
She's literally the bees knees and a fantastic roommate. She cooks dinner, makes my bed when I'm sick...allowed me to wear oven mits around Bed Bath & Beyond yesterday and still claimed me as her daughter.
My friends:
This is rapidly becoming a cheese factory post and I apologize but they are wonderful. I feel super lucky to have wonderful people in my life. Not to mention they are hilarious. See above the Serenading Unicorn.
I'm kind of tuckering out ...you'd think with a 5 hour nap I'd be rested but I guess it may be time to go back to sleep. I'm embarrassed.
Love,
Jones
Email Post
Labels: bears naps