Why Did I Eat Jalapeño Chips?

I had this plan to have a cute little cook out on the 4th of July.
I've been dog sitting for the past week and the owners said I could have a few people over.
I gathered some recipes that I thought would be simple enough for me to make.
After gathering all the ingredients and I stared at them with fear.
I was so nervous that I would fail miserably and nobody would like my food thus starting a riot which would undoubtedly lead to them burning the house down like the villagers in "Beauty and the Beast".
Rational. 100 % rational.
After my silent panic attack and the realization that I was not in a Quick Fire Challenge on "Top Chef" I went to work.
After I had the first part of my recipe cooking in the oven, I went to mix some cream cheese, sugar, and whipped topping together.
During that time my friend Emily suggested I use the hand mixer she found.
Example below. 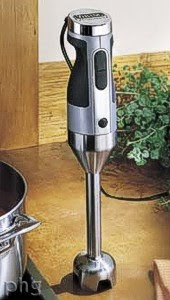 She then made the mistake of thinking that as a 23 year old I in fact knew the interworkings of this contraption and left me on my own in the kitchen.
Big mistake.
Huge.
As I mixed the concoction together I felt as though the mixer was jammed with cream cheese.
Good thing I was there to remedy that situation.
I stuck my finger into the mixer that was turned off buttttt still plugged in.
As I went to clear it out my other hand hit the "on" switch.
I do not have cat like reflexes and did not move my finger out of the way quick enough.
It looked like a crime scene.
I immediately started cursing.
Because I'm a lady.
Emily yelled from outside,
"What'd you do get your finger stuck in the mixer?"
When she heard crickets she ran in and said,
"Jesus Christ you literally got your finger stuck in the mixer."
I didn't feel so hot. A little woozy if you will.
Kind of like Will Ferrell getting hit with a tranquilizer in "Old School"ish.
After Emily yelled repeatedly for me to "Sit the F down"
I did and called Barb.
After 23 years of my antics you'd think she'd be prepared for the
"Hey I stuck my finger in a mixer and am bleeding profusely" phone call.
She was not.
Tim wasn't pleased either and told me to come home immediately.
Then I went to the ER.
On my way home I realized I was starving.
When I GOT home I saw my favorite snack ever.
Jalapeño chips.
I grabbed the bag...yes the whole bag...and told Tim I was ready to hit the road and get some stitches.
I ate those chips like it was my J-O-B.
Just chompin' away.
When I got to the ER they were ready to see me right away.
My Dad somehow had found a comfy seat and was enthralled in the rib episode of "Diners, Drive-Ins and Dives in the whole 2 minutes it took for them to check me in.
I told him I was going to go back and he said
"Ok honey."
With his eyes still on the ribs.
After the nurse told him there was a TV in the back he said,
"Did you want me to come back there with you?"
Oh Tim.
But it was a good thing he was there because things got dicey.
I think after you injure yourself for the millionth time you just get used to the whole situation.
However, I did not properly prepare myself for the whole stitching process.
As soon as the whole process started I immediately started sweating.
Cold sweats.
I kinda felt like Harry Potter when he was around the Dementors.
Too nerdy of a reference?
Hello?
Anyone still there?
Suddenly I felt like this was the big one. I knew for a fact I was going to pass out or worse vom on the doctor.
At first I thought,
"I haven't eaten all day....I won't vom."
Flashback to me eating jalapeño chips like Augustus Gloop from "Charlie & the Chocolate Factory."
My dad noticed I wasn't making my usual awkward jokes.
(Apparently telling a nurse you don't know if you've had your tetanus shot, but DO know you don't have Rabies, isn't taken as a joke but as a medical fact.)
He mentioned I was looking pretty ghostly and asked the doctor to give me an extra shot of the numbing medication.
I think that's what I was trying to vocalize myself but all that was coming out was,
"I'm sweating...so cold...I think I see Patrick Swayze."
All in all I got 5 stitches.
My dad bought me a soda.
We still had the cook out.
I didn't cook any of the food.
I'm an idiot.
Hope you all had a splendid 4th of July!
-Jonesy
Email Post