Let me give you a little run down of race weekend:

My bff/ racing partner/ emergency contact should I die during said race and I carbo-loaded the night before.
We had a lovely meal at Bertucci's courtesy of my former roomie Tim Jones.
We then ended our night by watching movies on TNT.
I assume that's what all runners do, yes?

Race day came and I was feeling fairly barfy about the whole event.
As we drove (partly on the wrong side of the road but whatever) to the race I was thinking of ways to get out of it.

Here's what I came up with:

Instead I got my bib number and ate a free banana. 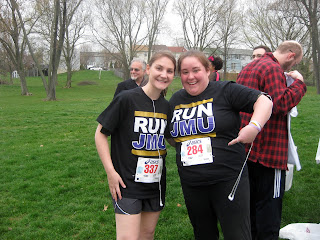 We decided to stretch: 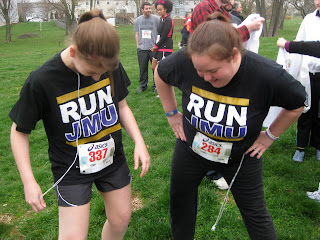 Which isn't really stretching at all: 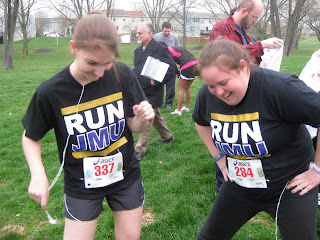 It's really just make awkward hoola hoop type movements while saying:
"Bringing it arouuuuuund town"
& generally causing a scene.
After that Sara and I made our way to the start line.
While we waited for them to tell us to go I raised a very important point to Sara.
We had our race bibs and had taken pictures...
We didn't actually have to run the race.
We could could just leave.
After we decided that we probably should just go ahead and do it we made up a secret handshake and made the ultimate goal.
Don't die.
And we didn't!
Sara finished the race in 36 minutes: 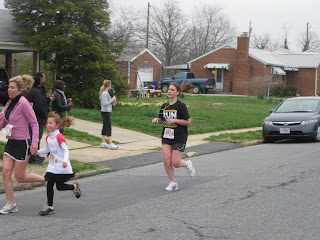 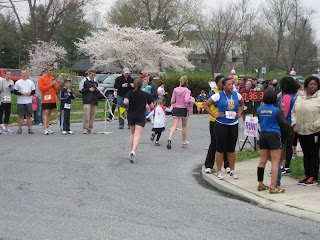 After running and run-dancing
I finished up the race listening to Kanye West.
I gotta say ( and this is 100% cheesy but) seeing some of my favorite people at the finish line and knowing that I actually ran a 5k was one of the best feelings of my life. 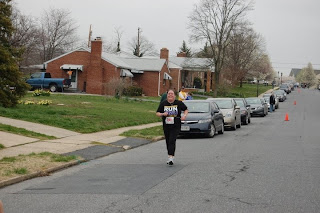 It was something Sara and I worked really hard for and we did it! 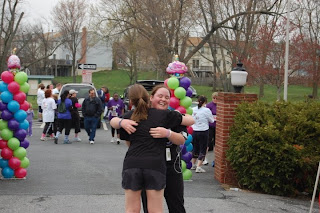 To say that we elbowed people in their faces to get our cupcakes is an understatement.
I mean we yelled "WHERE ARE THE CUPCAKES?"
like a mother would yell "WHERE IS MY BABY?" should they ever get lost.
We were on a mission.
That's what we did this whole thing for.
Not for the cause...because we don't know what that was.
For the cupcake. 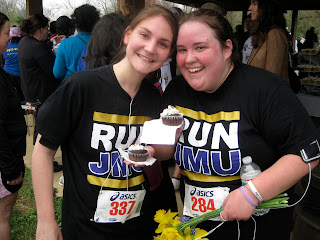 They were delicious.
We actually got 2: 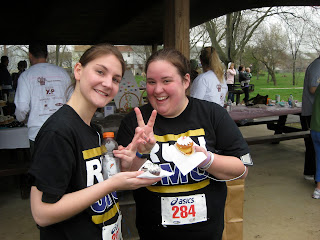 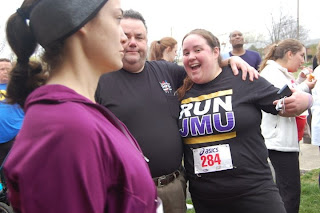 And Bryan ate a whole cupcake in one bite. 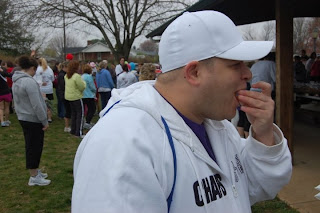 Oh and this happened: 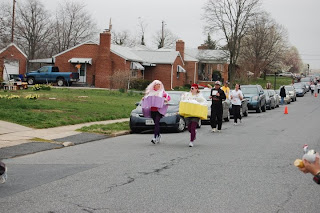