I've got a case of the post-summer time blues...

Lately I have been pretty down in the dumps.
No it is not because my Twitter campaign to get @adamlevine to tweet me back is failing miserably.
Although that is not helping.
The truth is nuggets, I had one of the best summers of my life.
I know living right outside of DC is far from living in the sticks but...
I lived IN a city for the first time ever.
And not just any city but Philadelphia.
It is amazing there.
Yes sometimes it smells like trash.
Yes the Eagles play there.
Yes the homeless people yell at you.
But they also have:
Food trucks
(I miss you Tran...and your $1 egg rolls)
Center City Sips
(Happy Hour...holler holler beer for 2 dollars.)
((I know that was a stretch but let me have it...I'm fragile.))
Chase Utley 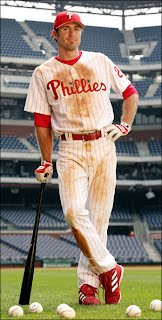 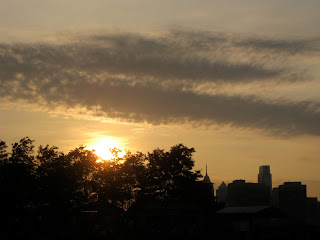 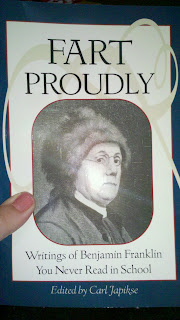 And honestly the homeless people are generally yelling to you about invisible things that have fallen out of your pocket and onto the street.
So really they're just trying to be polite.
I respect that.
But mainly this summer gave me the opportunity to meet some of the most insightful, hilarious, fantastic, unique and genuine people.
I know I don't normally get very sentimental on the blog but it's my blog and I can weep openly into the interweb if I want to.
(See what I did there...a little play on words)
I had the amazing opportunity to work with 25 Orientation Leaders, 1 pretty cool supervisor, 3 student affairs interns, and an amazing professional staff to bring in a huge new first year class at Drexel.
I have never laughed and learned so much in a short amount of time.
I was there for 3 months and to be honest it wasn't long enough.
At the beginning of the summer, I was excited for an opportunity to work in a new place but I could have never imagined how much I would love it.
When you know that you're going to work 18 hour days, you know your job is going to be tiring and tough.
But knowing that these were the faces I got to see every day
(no matter how much they made me feel like the Octomom sometimes) 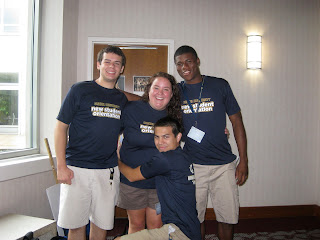 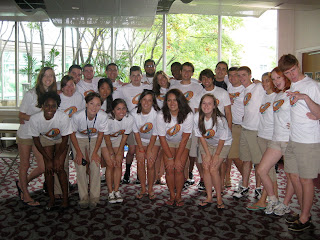 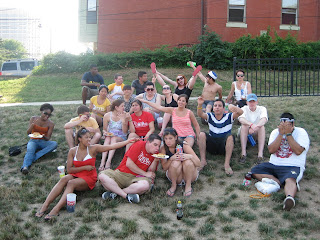 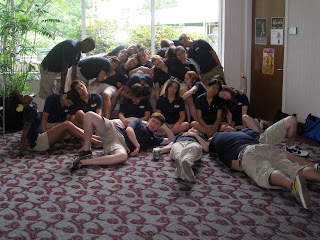 made me realize I had a pretty sweet deal.
I made 2 superb new friends out of Ashley and Taylor. 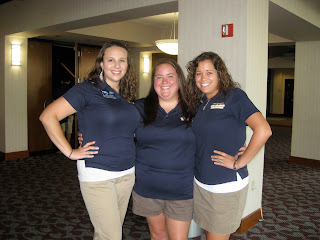 They still claimed me as one of their own.
Even after I gave them a 10 minute seminar of all the things I could pick up with my feet.
(It's an impressive list...the biggest item during that demonstration was a bottle of nail polish remover...but I digress.)
I also had a pretty cool boss Joe. 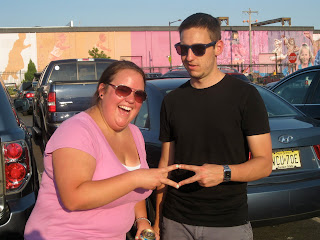 I mean his face says it all.
He loved having me as his minion.
It is also because of our ridiculous Starbucks and 7-11 Slurpee habits that
I'm pretty sure I have a slight heart palpitation and an early onset of the sugar.
I'm sorry to gush about this summer but it truly was the best.
Now that I'm back in Harrisonburg it's been hard to get of this post-summer funk that I'm in.
I've been trying to think of things to do to get me excited for this upcoming year.
So far I have collected 3 out of 6 WWE collectors cups at 7-11.
Stocked up on my Shawn Michaels goblet on Friday 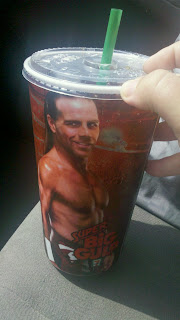 but that didn't fill the void.
I've tried my best not to eat my feelings but with those cool new ketchup packets and their generally delicious food I have made quite a few trips to the local Chick-fil-A.
I have refrained from my true sorrow food:
Taco Bell
However, should this funk continue I make no promises.
Cheesy fiesta potatoes are like a dollar and currently I have like six of them.
Dollars that is.
That's a lot of potatoes that may soon contain watered down cheese due to my weeping.
Too much?
I've looked at pictures of puppies.
Still in the dumps.
I've looked into becoming a part of a famous person's entourage.
Not only have I been unsuccessful but also unfulfilled.
I online window shop.
Not even a slight twinge of excitement for a new peacoat.


WHO HAVE I BECOME!?
So here's my question:
How do you get yourself out of the post-summer time blues?
Email Post