Another successful encounter with a man...

The other day my best friend Sara and I went to the fine establishment that is Subway.
We started talking about my ideal guy.
Sara said,
"What would your perfect guy even look like?"
To which I replied,
"Well he'd look a lot like that guy right there."
Normally when I say that it's usually someone who looks like this: 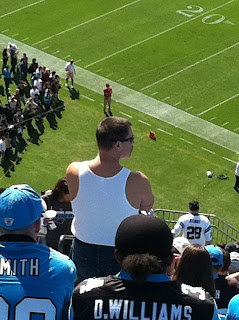 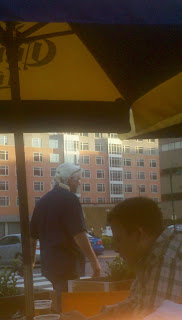 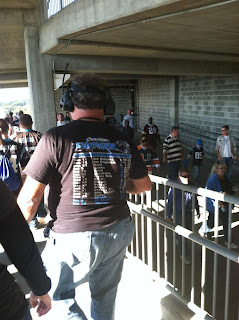 But this time he was legitimately precious.
So I pointed (so she knew precisely who I was talking about) and spoke in my naturally loud squeaky voice and said,
"HE'D LOOK LIKE HIM. RIGHT THERE. IN THE BLUE SHIRT. HE'S PERFECT."
We casually continued our conversation about Blue Shirt and how I wanted him to be funny, like sports, and smell nice.
I'm not saying I was going to kidnap this gentleman, put him in my basement and make a skin suit out of him.
I was just putting out to the universe that he was a babe and I was single.
I didn't think anything of it.
It looked like he was employed (bonus) and was on the move (productive).
A quick lunch.
Much to my surprise he was not taking his order to go.
He was taking it to the table right next to mine occupied by another hunk of a gentleman who had been eating by himself for a good 10 to 12 minutes.
A gentleman who heard my whole conversation.
A gentleman who then turned to Blue Shirt and said,
"Hey, that girl right there thinks you're cute."
Blue Shirt looked over right at the same time I was pointing to him, telling Sara he was coming closer.
Sara informed me of the conversation between friends and the fact that he saw me pointing.
That is when I gathered up my things and exited Jared's establishment.

I'm going to be single forever.
Also news flash to everyone Jonathan Taylor Thomas is now on Twitter.
So naturally my twitter campaign has begun.
Still no word back but if you could maybe drop a line over to
@JonTThomas
I'd appreciate it.
Apparently Adam Levine is too busy skankin' it up with his "blonde model" girlfriend to tweet me back: 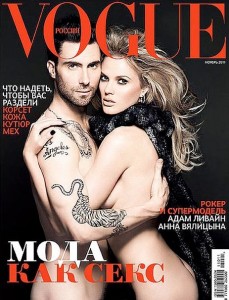 You can take the time to take your pants off Adam but you can't take the time to tweet 140 characters to me?
Cuts me deep.
Real deep.
And now I'm rollin in the deep Adam.
You had my heart and soul in your hands.
And you played it...
to the beat...
We could have had it all Adam...
alright I'll stop.
What I'm saying is.
JTT seems sensitive and maybe has a little more time on his hands to tweet a sister back.
We'll see how it goes.
I would also like to let you all know that I've finally purchased one of the best apps in existence of man kind.
It's called Cat Paint.
It was 99 cents.
And worth every penny.
Need some proof as to why it's awesome: 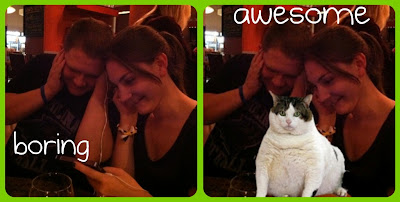 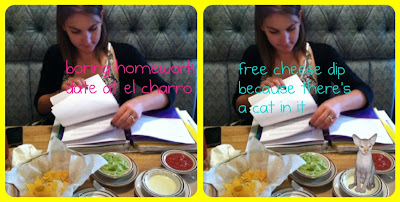 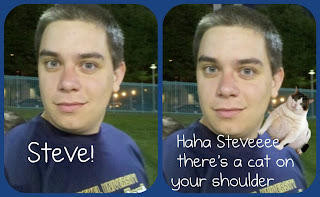