I don't think you're ready for this jelly...

I'm no stranger to being embarrassed by my antics.
Normally they make for funny stories.
If I can make someone laugh, even at my expense....why not?
But something happened recently that made my think,
"Whoa buddy...do not take this to the streets."
No, I'm not talking about the time I put too many items in one of my sweat pants pockets that led me to pants myself while walking up my driveway.
No it was not the two times I burped super loud during student career counseling appointments.
(Lesson Learned: Do not chug Coke Zero like Buddy the Elf 2 minutes before you're meeting with a student about their career path.) 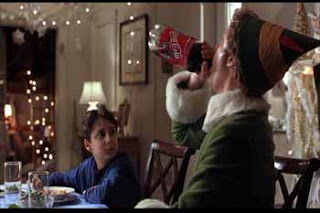 And the fact that I made this video and posted it to Facebook makes me giggle not cringe:

It WAS my recent DMV experience.
As many of you know I previously had a horrid driver's license picture.
Let's review:


First a disclaimer:
It's a VA state law that you can't smile in your license picture, and your picture is now black and white. 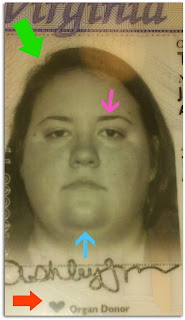 Green arrow: horrid hair
Pink arrow: lazy eye
Blue arrow: puppet chin
It was so awful.
I had to preface showing my ID by saying,
"I swear I didn't murder a family."
Then I lost this gem.
I couldn't find it anywhere.
So I went to the DMV to just order a new one.
I wasn't prepared for taking a new picture in the slightest.
Honestly, I looked fairly homeless.
While I waited to renew I remained calm.
I even played a fun game called:
Two Girls? Two Guys? 1 Girl & 1 Guy? 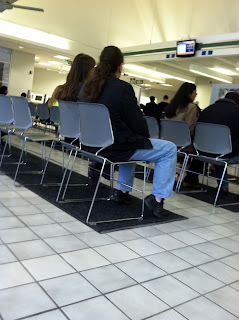 The answer: One of each.
When they called my number I went up and said,
"Hey I lost my license, just need a new one."
The man said,
"OK, come with me to take a new picture."
I said, "Um...shwhat now?"
He said louder,
"COME WITH ME"
I asked if he could just use my old picture, and he literally acted like he didn't hear me.
Just kept walking.
So I dragged my feet like a 12 year old boy stuck shopping with his mom while she looked for bras.
He said,
"Stand there..."
and then after laughing at the result told me it would be ready in 7-10 days.
I'm not kidding.
He laughed at me.
He turned the computer to show me but since I didn't have my glasses on I saw a blurry figure that didn't look half bad.
So I went with it.
7-10 days later it arrived.
In the meantime my original driver's license was found in Sara's car.
It now hangs on our shared office window: 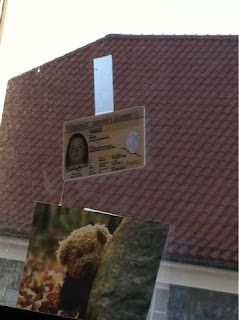 I braced myself.
How bad could it be?
I mean two horrid driver's license pictures couldn't happen to one person.
Right?
WRONG.
I'm so hesitant to post this because it is so horrible.
But secrets are no fun.
So here it is: 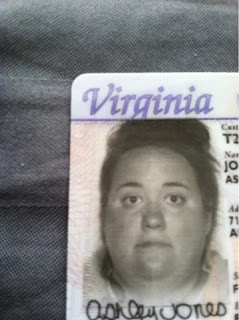 I look terrified.
I was trying to rectify the lazy eye situation, and boy did it back fire.
My grandma told me it looks like I got caught stabbing someone.
Barb said it was a mugshot.
Tim asked if I did it on purpose, because clearly no picture could be taken that looked that horrid on purpose.
I assured him that no it was in fact for realsies.
I am so embarrassed.
I don't even know what else to say about it.
However, I do know that when I get caught for hiding in Adam Levine's laundry basket and am on the run from the law, this is the face that will be on CNN.
#woof
Email Post