As many of you know I'm a party animal.
I rage against the machine pretty regularly and pretty hard.
You also know that both of those statements are bold face lies.
However December has been pretty festive.
Even though my birthday was November 26th...or as my best friend Sara will tell you...all of November,
I had a 90s themed party at the beginning of December.
The last themed party I threw was when I was 16.
It was a Hollywood theme and I dressed up like Karen from Will & Grace.
For some reason her alcoholic, pill popping character spoke to me.
We also had an Austin Powers impersonator courtesy of Barb Jones.
Was he fat & Asian?
Yes.
Did he follow me around the party?
Sure did.
Did I vow to never hire another impersonator to any future event?
Also yes.
So I was a little nervous about how this was gonna turn out.
I was apart of the Ninja Turtle gang. 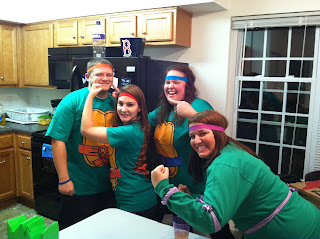 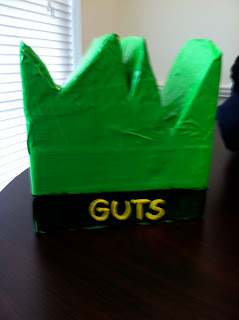 My friend B made me a sweet ALL THAT cake. 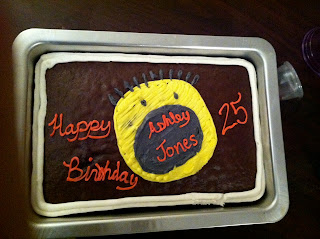 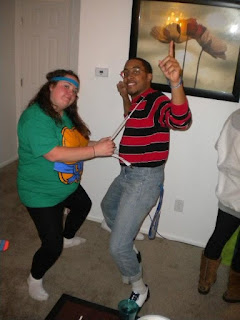 CARMEN SAN DIEGO WAS THERE! 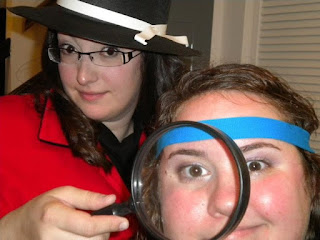 SO WAS THE BAYSIDE GANG! 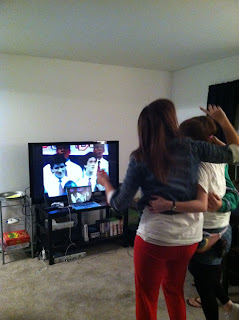 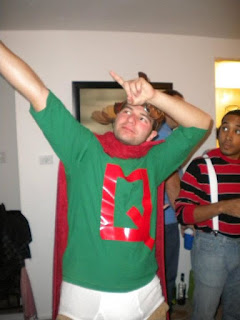 I'M TYPING IN CAPS BECAUSE IT WAS SO AWESOME.
The following weekend we had our grad program's holiday party which was full of fun.
Sara had the idea to go as "Ho Ho Ho"
When we were together we'd look super festive.
When standing alone we'd look like a random ho.
It's why I keep her around she's the brains of the operation.
So I made the shirts... 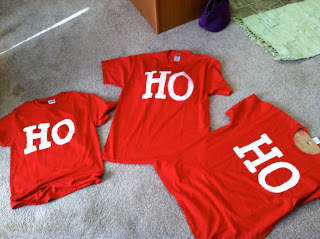 And that's exactly what we did... 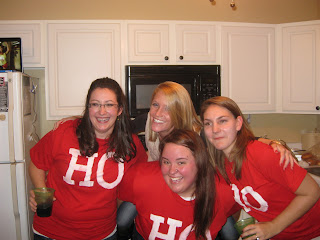 And it wouldn't be a party with out some homemade mustaches... 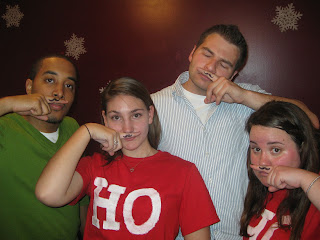 So I mean as you can see my lack of blogging has been due to the fact that I've been partying uncontrollably.
After a rough semester I think a little party was necessary.
One semester left of grad school and then I'm going to be a grown up.
(I use that word loosely.)
Email Post