Today was an exciting day.
It was the last first day of grad classes.
In 114 days I will be a Master.....of education.
In preparation I have made my ringtone the following:
which of course makes me think of this:
BUT it was also the second episode of "The Bachelor."
I didn't know how it was gonna go.
Well I knew it was going to be crazy but was pleased to see just how quickly it escalated.
I would first like to address the following:
Ben...your hair....woof. 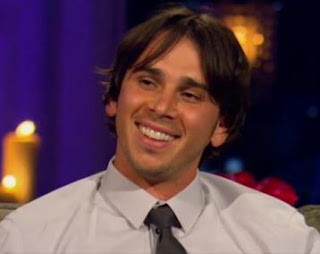 Maybe he's rushed...
Maybe he's stressed out, thus causing him to sweat, causing his hair to then poof like a lion's mane.
I can't be sure, but somebody needs to either
shave it
or tame that beast because I can't take him seriously.
The whole time I'm mumbling suggestions to him like he can hear me.
It sounds like this:
"Jesus Ben, put on a hat."
"Seriously dude? Pull it back in a half up pony."
"F at this point make it a side pony."
"Ben if you don't do something with your 'fro a girl is going to crop a lock of for a hair doll and you're going to look EVEN WORSE."
"CHRIS HARRISON SHAVE HIS HEAD. WHAT ELSE HAVE YOU GOT GOING ON?!"
It gets loud.
I should apologize to my roommate.
If it doesn't improve I'm going to tweet him.
Because I follow him now:

I also got attached to my first contestant.
Kacie. 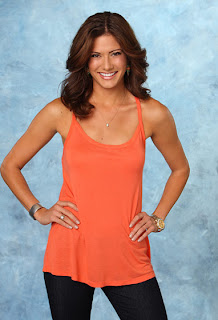 She went on what was first sweet and then remarkably depressing one on one date with Ben.
She showed him a hidden talent:
Baton twirling.
Sure I now have diabetes from how sickeningly sweet the whole situation was but they really seemed to be having fun.
He then took her to an empty theater where they began to watch home videos of Kaycee.
My friend Carly texted me the following:
"What kind of stalker move is this?"
I giggled and agreed.
If a guy took me on a date and surprised me with home videos of myself he'd probably get up and leave.
The majority of my home videos are me singing the hits of The Judds to my stuffed animals
and displaying my pure strength by lifting my Fisher Price kitchen set in the air.
Riveting pieces of footage.
They then show his tapes and talk about his father who passed on.
Then they end up making out.
I don't really get how those two things go together but somehow ABC made it happen.
Later he takes 11 of the girls on a group date.
These girls were in it to win it.
I couldn't handle a group date.

The date consisted of them acting out characters for a group of children who had written a play the women and Ben would be performing later in the evening.
Let me tell you something.
One of those kids was pervy.
One of the contestants, Blakely forgot to put on clothes.
Well that's what I thought.
It turns out she was wearing something called a romper.
As a woman of the cushy persuasion I don't know where you purchase those but that's what google told me it was and I believe him.
(To me google is a dude.)
That's when Perv Jr. yelled out to this essentially naked adult,
"RUN IN SLOW MOTION."
Maybe Ben slipped him $5 to ask her that, but I'm pretty sure he was working as a solo unit.
The play went off without a hitch.
And I'm pretty sure Blakely ended up giving that kid her number.
Sure, Blakely is becoming a little nuts.
She got a rose early but still kept showing up during the other girls alone time.
It seemed like the producers of the show want everyone to think that she is Commander Crazy, and sure she did cower behind luggage to cry, (a change of venue from the bathroom which I respect) but she bores me.
This is because of one reason and one reason only: Courtney.
My friend Dan and I tweet throughout the show
& he said the following ever so wisely:

She is the kind of crazy guys don't spot right away. 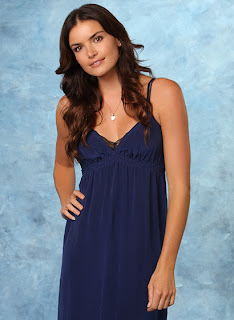 She lurks.
She seems fragile yet strong at the same time.
She mentions trust issues but that you could be the one to change that.
Then creepy comments start getting dropped and you think
"Nah...I'm just over analyzing it..."
& then one day your gas tank is full of sand because you looked at her friend for too long and she knows your cheating on her.
I'm concerned that Ben felt so comfortable as to take her on a date in the middle of a vineyard and to introduce her to his adorable dog.
No but seriously he's adorable. He looks like Wishbone. The whole time I just kept wishing he was wearing this: 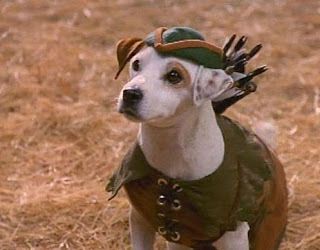 Sadly that did not go with the theme of the evening.
When she finally starts to unhinge and lose it (because we all know she will) I hope it's at a rose ceremony and not when Ben's near a ledge because I have a feeling she'll use force.
As the episode wore on I noticed two things: 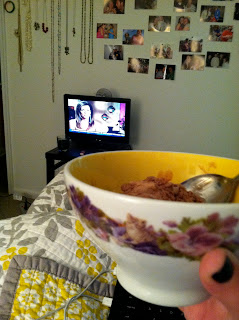 But also there was a certain someone I was missing: 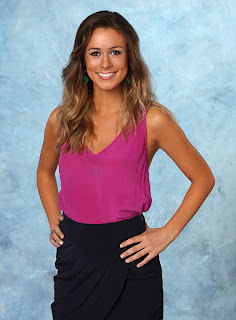 WHERE WAS THAT CRAZY BROAD?
I hadn't seen her all episode.
And then it was like she heard me.
She had a break down like no other.
She told Ben she wasn't like other girls.
She was a guy.
I could be wrong but
that's something you usually tell someone on the first date.
Turns out she is in fact a woman but got tripped up on her words again.
She was distraught and then came the tears.
It turned out to be the missing piece to the whole episode.
Always wanting to be original she avoided the bathroom and corner of luggage to cry in and threw herself on a bed upstairs to cry on.
Ben had to come find her and pull her out like she was a small child.
It was awesome.
Dan couldn't have said it better:

When the rose ceremony came she was visibly upset.
Dan noticed her shaking and was hoping that she would morph into this: 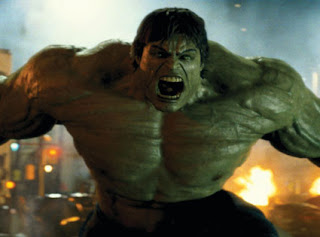 Alas she did not.
She did cry some more and was shocked that she didn't make it.
SHE'S ALWAYS LOOK FOR LOVE YOU GUYS AND SHE NEVER FINDS IT.
While that is sad, I hope she blogs about it or gets a spin off because she will truly be missed.
She was a fun crazy.
A crazy that could be tamed should a good friend sit her down and tell her to knock it off.
That leaves us now with the true looney tunes.
I'm scared. And excited.
Dare I say it...
I love this season of "The Bachelor."
Email Post