Hello friends!
The first blog post of 2012
Hopefully everyone had a festive and wonderful New Year's Eve.
I certainly did.
Well OK it wasn't glamorous but it was still real fun.
I spent it with four of my best friends who also happen to be my sorority sisters. 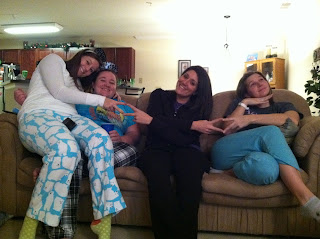 Kitch, Kristin, Stef, & Ray
We spent the evening like all 24-25 year olds.
Eating 38 pounds of Mexican food only to
rush home to get in our pajamas watching the "Virgin Diaries" until
"Rocking New Years Eve" started.
Ray and I were preparing everyone for the first kiss of the most awkward couple possibly to ever walk the Earth.
They were not ready for that jelly.
As the night wore on we did crazy things like:
Made "Bachelor" audition tapes...
Ate chips...
Watched people brave Times Square...
Drank some bubbly at midnight while maybe still eating chips...
OK mainly that was just me.
The next day we didn't venture out until 6pm. 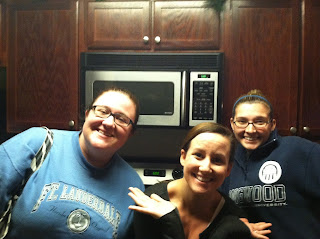 We're ready to take this look to the streets...
The only reason we did was for food.
Our loud laughing and foolish antics got the attention of the owner
Gabrielle (read: future father of my children) 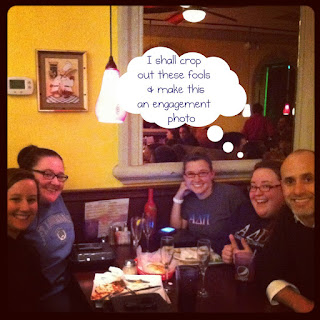 &
we got free drinks and dessert. 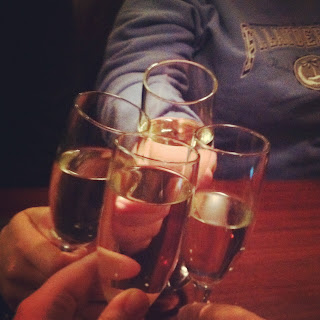 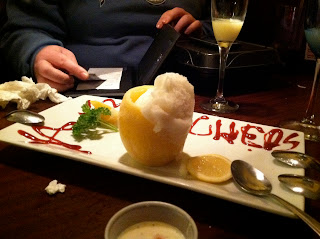 Who knew side ponies, sweats, and extreme laziness would benefit us so fruitfully.
We then spent the rest of New Year's Day watching the "Once Upon a Time" marathon
which we are all now 100% hooked on.
There is one character in particular that I am madly in love with: 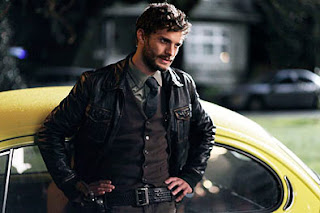 Oh hey Sheriff.
While we were watching we were reminded 1,000 times the new season of "The Bachelor" was looming and I was convinced to commit once again to this modern day love story.
(Please note the sarcasm)
I have watched in the past and gotten attached and then subsequently heartbroken by the result.
(Looking at you Ali & Roberto)
However, I am willing to give Ben a shot.
I'm working on my review of the first episode and once it's complete I'll post it here.
I think I'm going to try to make it a weekly thing.
Hopefully it works.
Fingers crossed.
How did ya'll spend your NYE?
Hope it was a blast!
Email Post