I fell off the face the earth...

By no means do I think people wait by their computers to read my thoughts but I'm sorry for slacking on the "Bachelor" blog this week.
This has been a crazy week and a half.
Between job hunting and finishing huge projects so I can graduate I'm feeling a little
Jessie Spano-ish about life. 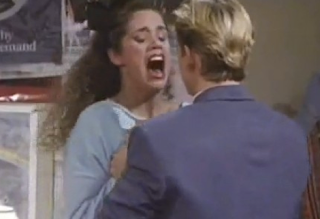 But don't worry I still made time to watch the Bach.
I know this isn't the most timely review but I think this week was something....special.
First, I thought I would be super bummed seeing Kacie go home.
However, I think it was for the best.
I feel like she was slowly unraveling the closer it got to the end and that made me a little nervous.
I think my first hint that it was probably the last night for Kaceface was when she did her baton twirling thing again.
I have a feeling that's a one time showcase for the dude you love.
The second time it starts getting a little weird. 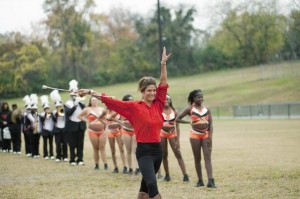 My other hint was that her family was a little.....off.
I think the best way to describe them is by saying that the dad from "Footloose" is based on Kacie's father.
He was creepy as all get out.
I'm fairly certain Kacie isn't allowed to dance.
And while I was hoping Ben would proclaim, "Nobody puts Kacie in a corner,"
(Yes I know two different movies but both with such amazing choreography)
he did not.
He did however become a human rickshaw at Lindzi's house. 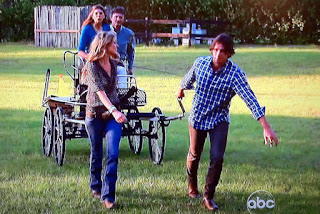 I have to admit they seemed like a nice normal family
with sprawling acres of land, an outdoor fire pit, multiple horse carriages, and race track.
Dan summed it up nicely:

He also met Nikki's family (my new favorite)
and seemed to have a great time. 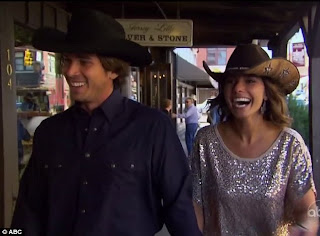 And clearly by saying he had a great time I'm including that fact that he looked like a huge douche with that hat on.
George Straight you are not my friend.
But they were still pretty adorable, and I think that Nikki will be a lovely second place to Courtney.
Am I sounding cynical yet?
Because I am.
That broad Courtney is so weird and so awful but so mesmerizing.
Her date was last and I gotta say she really brought it this week.
My observations:
1. I don't think that was her real family as I am positive that her real family is trapped in a storage unit somewhere, just praying that "Storage Wars" begins filming in Arizona so they can be found.
2. That "mock" wedding wasn't fake...I bet she got a marriage license and those two clowns are legally married in the state of Arizona.
3. This bow tie sitch: 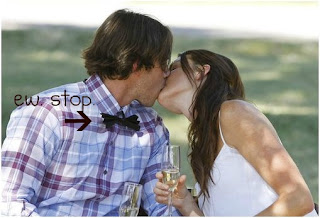 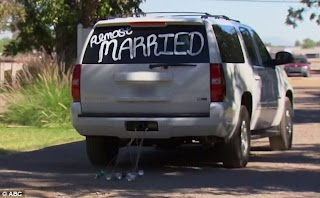 Now I could go on and rant that Ben is an idiot for not seeing what a loon Whoretney is,
but at this point I kind of want to see where this thing goes.
They're going to Switzerland next week and I can only imagine what she can do in a mountainous terrain.
She could lure Lindzi out into the wilderness with a horse faster than I can say Toblerone.
And we will never see Lindzi with a "z" again.
It's going to be a mess.
My friend Brittany told me we haven't seen the last of Kacie.
So I can only imagine what that has to offer.
Although her crying started off as silent weeping it quickly turned into yelling and screaming,
"WHY DID THIS HAPPEN TO ME." 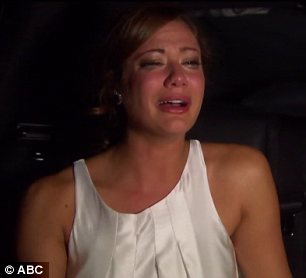 Also interpreted as: "I'M CUTTING ALL THE WIRES IN THE HELICOPTER THEY TAKE TO SWITZERLAND!"
It's going to be AWESOME.
Email Post