WE DID IT EVERYONE!
We survived watching a robot fall in love for 12 weeks. ﻿
I don't know if I've ever been more thankful for a show to be over.
I can now focus my time and attention on the important things in life.
Like fully dedicating my time as a Team Adam fangirl: 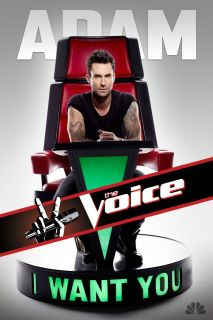 I want you too buddy. Let's make this official.
and watching Urkel on "Dancing with the Stars" 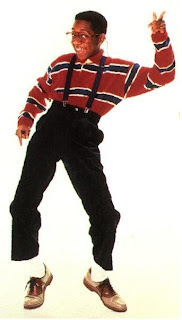 Ride that pony Urk.
But I digress.
I want to start this by showing the funniest tweet I got all night from my friend Katie:

That is the best description of his hair situation I have heard all season.
The first part of the episode I really dug Ben's sister.
She really gave her opinion and seemed to hate Courtney without even meeting her.
Awesome.
However, when Courtney appeared in her usual cloud of smoke,
she somehow won over everyone by showing her depth.
Ben's sister had obviously been threatened in the bathroom by Courtney.

After that ringing endorsement it was clear who was gonna win.
Ok it was clear all season.
Ben took the women on their final dates.
He once again overlooked Lindzi's fear of heights and took her on a suspended gandala ride over the Swiss Alps.
F the police, Ben. What part of, "I do not like heights," confuses you?
Lindzi also revealed that she loved him.
Ben's response?
"That's good."
I got confused for a minute and thought perhaps I had accidently flipped over to the "The Notebook," as I had just observed such a romantic touching moment.
He then said, "Later Suckerrrrrrr" and went on his last date with Courtney.
They went on a helicopter ride together...
Shocking.
He then said THAT particular helicopter ride was magical and all that he could ever want.
So let me get this straight, the other 93845 helicopter rides meant NOTHING to you?
What a jerk.
Then they made snow angels which was confusing to Courtney because she wasn't used to using her dragon wings for such a whimisical purpose.
After the date Ben talked about his tough decision of who to choose:

Later on in the day he met with the "Bachelor" jeweler to pick which of the stock 6 rings would best suite Courtney's talon....finger.

Neil, the ring dude, said Ben picked a beautiful ring with baguettes in it.
To which I said, "Wait a minute....rings can have baguettes in them?" 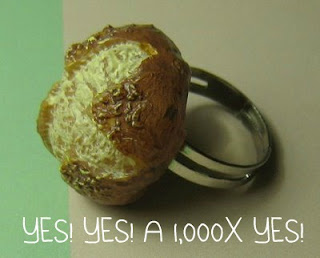 Getting engaged suddenly seemed much more appealing.
I was then informed that it meant diamonds.
Pish posh, gimme them carbs.
At the end of the night they showed the two women getting ready.
I was confused as to what they were getting ready for:
An audition for "Once Upon A Time," or a proposal.
LINDZI WORE A MOTHER EFFING CAPE YOU GUYS. 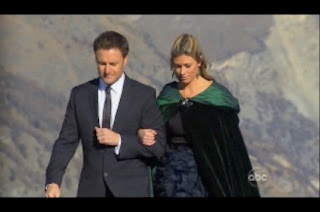 A CAPE.
Then had to hike up the mountain to get dumped.
So rude.
When she got dumped she told Ben to call her if things didn't go well with Courtney.
So that was sad and desperate.
Then Courtney descended onto the mountain.
Wearing what I can only describe as henchman leather gloves.

I believe she wore them primarily to cover up finger prints should she need to murder Ben.
Or she had just returned from a killing and didn't have time to change.
I can't be certain.
Bing bang boom, he proposed.
We all barfed.
Courtney howled to the moon, transformed into her natural state of werepanther, and drug Ben back to her cave never to be seen again. 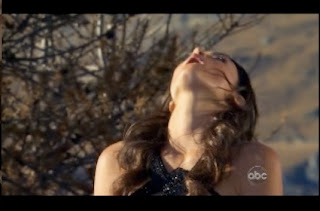 ﻿
J/K they had an "After the Rose" show where they revealed that Ben and Courtney had already broken up.
Then got back together.
It was stupid.
I'm glad it's over.
Bring on "The Bachelorette."
Email Post