If I was in the Hunger Games...

As many of you know, I'm severely obsessed with "The Hunger Games."
It has taken me a solid 4 months to start reading again.
That is how much I'm in love with that series.

I have read books before that I've loved.
For instance, I was a pretty big Twilight fan.
I was never on a team though. Never bought a shirt.
But now:

I'm Team Peeta.
(If you tell me you're Team Gale, I immediately move to a shin kick position. I've gotten better at controlling it but I make no guarantees.)

And I have a shirt. 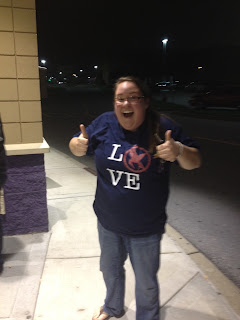 I first learned of "The Hunger Games" from one of my favorite blogs: Busy Bee Lauren.
She kept talking about her love of some dude named Peeta.

My first thoughts were:
I could get behind a book about hunger...as it is the cornerstone of my life. I love to eat.
I like pita bread...surely there is some correlation.

Turns out he was the boy with the bread.
Coincidence?
I think not.
When I started reading them I was floored.
I stayed in my room all over Christmas Break and read all three.
I have dreams about it.
I now talk about it all the time.
No but seriously all the time.

So much so that yesterday when they announced the new Katniss Barbie my friend Stef sent me the following tweet:

Sometimes I think what would happen if I was entered into "The Hunger Games."
Doesn't everybody?

No? Literally just me?
Let's proceed.

I'm not going to lie to you all. I'd die.
And real quick.

There isn't much I can do in terms of the woods.

I tried to show my friends in Philly how I could catch a squirrel for dinner.
It ended me just chasing it around a tree for inappropriate amount of time while they stood back and laughed at me. 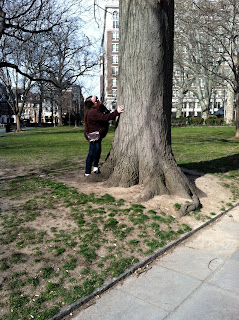 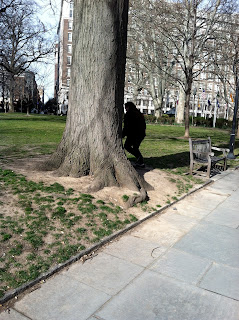 Come on dude, you're making me look like a jerk. 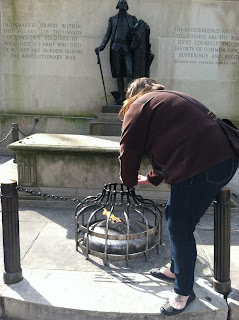 Nothing to see here guys, just warming up.

So I'd probably die warming my hands near one of the other tribute's...

I can't climb trees.
I clearly don't know how to hunt.
I certainly can't be quiet.
I like being around people.
I like napping whenever I want.

All of these things would contribute to my downfall but the biggest factor would be one thing and one thing only:
My love of Diet Pepsi.

I love it so much you guys.
Although I am dehydrated already because of my ungodly consumption, making me used to that sensation, it will be the literal death of me.

I know that the Game Makers would put a 24 pack of cans right near the Cornucopia and I know for a fact that I would run right for it.

If I didn't get stabbed or whatever before I got there I would definitely get hit running away with it.
I mean that junk is heavy.
Plus I'd probably just walk very quickly.
(I wouldn't want to shake the soda. It ruins it.)

If I did make it out of that opening alive I'd probably get shot down by someone late night, while I crack a can open.

I told one of my coworkers today about my imminent demise via DP and she told me I could use the box of cans as a shield.

I looked at her with cold eyes, and said:
"What if the cans got punctured. Then I still lose."

I mean sure I could probably get away with a few days of living in the arena based on a couple good days of jokes should I get in with the right crowd, but it's more likely there would be a canon shot and my face in the sky roughly 20 minutes after everything started.

Realizing that I'm a weak tribute I did go for a walk yesterday.
There were some really steep hills. 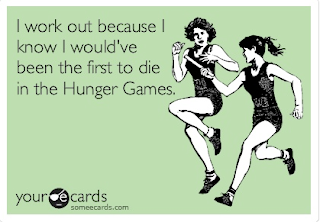 What I'm telling you all is:
I'm essentially Katniss now.
Ash-niss if you will.