Emily, will you accept this rose?

First, I want to say how fun my Monday nights have become.
All my friends come together via Twitter and I just laugh and laugh.
I even have real live people to watch with!
Angela and Kate let me into their home and put up with my nonsense and I am forever grateful I am no longer giggling alone in my parents' house.

Joe is my favorite new addition to the viewing party.
Mainly because I strong armed him into watching it.
He resisted last season but now he's invested and overly attached to Emily: 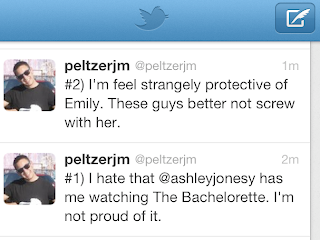 My work here is done.
Moving on to this week it is official:
I love Emily.
Sure the dates she takes the guys on are kind of the pits but she is legit.
I don't really understand her incessant need to wear ball gowns but again I like her.
The first date this week was with Ryan.
Here's the thing about Ryan.
He's just a pretty face.
I mean really pretty. 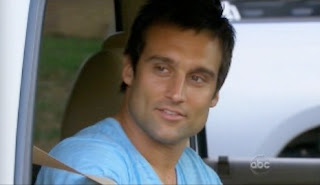 But he is SLEAZY.
When a guy says, "I'm thinking we're going to go on a hot air balloon ride or a helicopter," you should immediately become suspicious.
I mean odds are he's probably right but you keep those as inside thoughts buddy.
And joke was on him because Emily took him to her house to help make cookies and then go to Ricki's soccer game.
I was starting to think she was having Ryan audition for the Babysitters Club and not a rose.
My friend Angela was convinced he was taking the remaining juice boxes to Claudia's room for the next meeting.
They had to have it at Claudia's because she had her own phone line.
Duh.
Lauren then got this song in all of our heads:

He had a bunch of cheesy one liners and was clearly trying to be charming but I am NOT picking up what he's putting down. 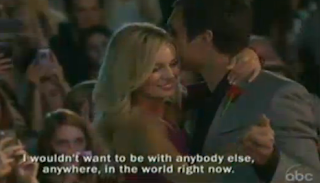 He also just seems dumb.
Like super dumb.
Like he signs his name with the R backwards.

Meanwhile back at the Cornucopia...
(That's what I'm calling the house. I can't stop with the Hunger Games references you guys. Love me through it.)
The guys seemed to be having some sort of pool party.
No one had shirts on.
Except for Doug.
Which bums me out.
Because I'm starting to have feelings for him.
He's a muffin.
Do I really think his son encouraged him to go on the show?
I do not.
Is picturing a tiny kid thinking deeply about his father's future hilarious?
It is.
Can't you just see a 6 year old cutting the crusts off his pb&j saying,
"Father, I've been thinking. This Emily lass seems quite suitable as mother. You should court her."
I don't know why he became an 18th Century 6 year old but I'm going with it. 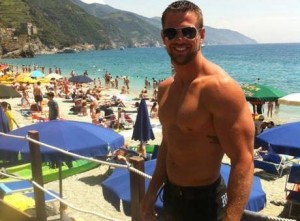 The group date was long.
The Muppets were there.
Miss. Piggy was hilar.
The usual.
But let's focus on the most important part of that whole date.
Charlie. 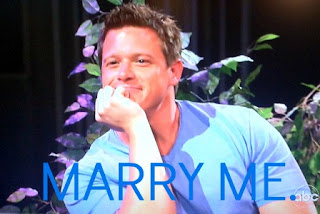 When he told Emily he was having trouble speaking in front of people my heart began to break.
I love him so much.
It's already unhealthy.
I mean seriously.
I can't even make witty comments about it.

All I know is that I want him to have a ceremony with me where we pledge our undying love for each other in front of Cupid while unicorns scamper around on rainbows with Celine Dion singing our wedding song, "Pony" by Ginuwine.

Maybe I've given it some thought.

During the after party in the hotel lobby Kalon and Stevie got in a fight.
Kalon tried several times to entice Emily with his Southern charm.
He told her he was an 80 year old man trapped in a 26 year old's body.
Funny he mentioned being trapped as he also has someone trapped in his basement. 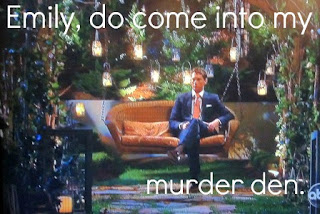 She had a less than stellar one-on-one date with Joe where he demonstrated what a wet blanket he was. 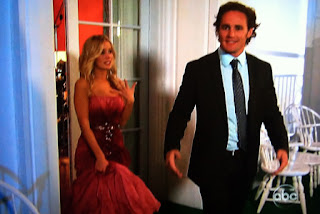 But don't worry the producers must have been really invested in the fireworks they purchased because even though Joe was sent packing they still let those bad boys off:

At the rose ceremony Tony 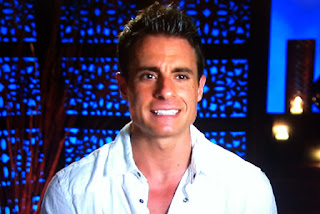 or as I like to call him Danny Tanner 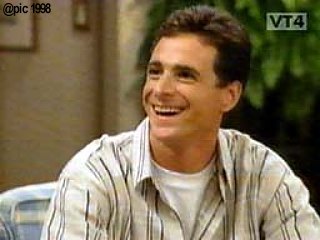 tried to sneak in and let Emily know that he too had a child.
While I'm sure his tales of DJ, Stephanie, and Michelle's hijinx are riveting I'm not buying him as a sincere dude.

She gave a bunch of dudes roses that I didn't even know existed but made sure she gave the final rose to Stevie. 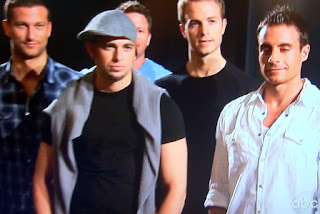 Because I mean look at him.
He's 24, he insists on being called Stevie, and wears a newsboy hat stylishly cocked to the side, and his profession as a party MC provides ample career opportunities.

I'm really looking forward to next week.
Mainly because I'm hoping she gives Charlie a one-on-one date.
And because Luke Bryan is making an appearance.
My heart my stop next week from all of the cuteness.
Pray for me.