Have fun living in a covered wagon Emily

My favorite week.
Emily stopped at home to see Ricki and I'm pretty sure she read my previous blog about getting her groove back because home girl had several tiny braids in her hair.
She also refused to run down the stairs to meet her mom.
She made Emily come to her.
I respect that hustle girl.
Your mom came home late and you're tired from a long day of coloring and spelling.
Just because she's on TV don't make her special.
The first hometown date was with Chris in Chicago.
I was bored.
I liked his muffin of a dad though.
So sweet and nice.
The rest of the date was lame.
He loves her blah blah blah.

Then she went to see Jef(f).
Let me tell you...that date was effing precious.
We find out that his parents are in South Carolina on a mission trip.
I was disappointed in that I was hoping it was going to be a mission trip IN SPACE.
But whatever they're doing God's work so good on em.
He picked her up and went off roading and shot guns and did country things and it was just magical. 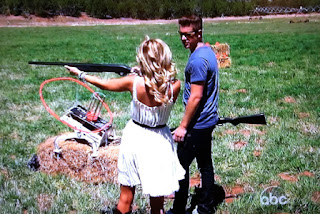 He then introduced her to I'm assuming the Von Trapp family as there were at least 9 of them.
They were such a cute family.
His older brother was a little dead behind the eyes but you know he ended up being nice so I didn't hate it.
Later they went to the mountains or desert...
I don't know I'm indoorsy.
Anyway they went to this spot and he said he wrote her a note.
Now the one thing that I hate more than someone singing to someone else is when someone reads to someone else.
However this letter he wrote her made me fall in love with him.
I just started to believe every time he said "Emily" it was his Utah accent way of saying "Ashley."

It was so sweet and sincere and adorable and I ate that crap up.
I just want to go and shout it from the roof tops that I love Jef with one f.
I'd even make out in nature with him.
I'd stand with him on a mountain you guys.
I'd even bathe with him in the sea.
I'd want to live this way forever...
Until the skies fell down on me.
You know what I'm saying?
It's a Savage Garden kind of love I've got going on for him.

Side note as soon as I typed, "bathe in the sea," I creeped myself out.
Plus, you don't really get clean in the sea do you?
With the salt water and sea urchins and things?
Actually now that I think about it, that is a terrifyingly odd song. 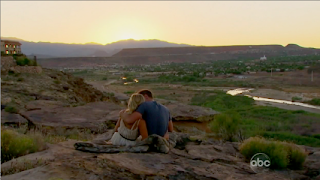 Her next date was with Arie.
I'm now referring to him as a dementor because every time he kisses her he grabs both sides of her face and sucks the life out her.
I can't do it anymore guys.
She likes him so much and it is killllling me.
He's phony.
I don't like.
I don't like at all.

He introduced Emily to his parents and I feel that it would have been nice for her to know they were a pack of gypsies before hand.
He has two twin brothers, a sister, and a dad that seemed normal and then the most terrifying gypsy mom I have ever seen in my life. 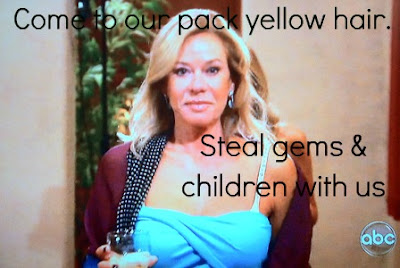 They started speaking in Dutch in front of Emily.
Jill was convinced they were plotting her kidnapping.
I'm convinced that had Emily looked in her eyes for one second longer she would be in a covered wagon trolling small towns for children and bottling their tears for magic.

I just hope she realizes Arie is the pits because I'm too emotionally attached to the other two that are left.

Sean's date was last.
The promo for the episode showed him saying that he had a secret and then him running after Emily.
I was nervous the whole damn episode.
I was convinced that this was going to be Kacie B. all over again and my favorite was going to tank.

The date started off great and she met his two dogs (swoon).
Then they went to his parents house.
We met his adorable niece, who for a minute I thought called him "Daddy."
She was saying "Seany" but for a second I was concerned he had a secret child.

The munchkin showed Emily her one bedroom apartment with lofted ceilings: 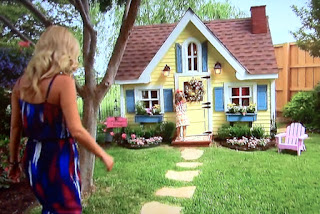 No but seriously this was her play house.

Then Sean said there was something that Emily needed to know.
His whole family looked in pain.
He said that he lived at home and then showed her this nasty effing room.
I didn't breath the entire time.
When he started naming the stuffed animals, a single tear may or may not have fell from my eyes.
And then I realized he was joking.
I legitimately needed my inhaler.

When Emily got in the car to go Sean decided to chase after her car to kiss her one last time. 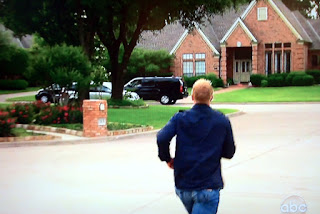 Now normally I don't run, unless it's toward food, but I would run after Sean, as Drake would say, errrrryday.

At the end of the episode they show his dad pranking Emily by serving roasted armadillo.
I'm fairly certain they wanted Sean to be on Punk'd instead of the "Bachelorette" because they had quite a few practical jokes up their sleeves.

The rose ceremony came around and Emily said it was a hard choice.
To which I said, "Nope. It's not."

Chris went home.
Later fart face.
I've been over him since he picked that fight with Doug (RIP).

Next week things get goooooood.
I'm going to be a mess because I can't even handle it if Jef(f) or Sean go home.
I just love them so bad.
I knew this would happen.
It always does.
I'm in trouble.
Real trouble.

Before I leave I want to ask a question.
Does anyone notice how much Emily licks her teeth?
It's starting to get extremely distracting.
Are they too big for her?
Are they dentures?
I love her but it looks like they put peanut butter on her gums some episodes as much as she licks her pearly whites.
Discuss.