I don't want it to be over.

It's been 2 days since the season finale of the Bachelorette and I'm in denial that it's over.
Last season I couldn't wait to be rid of Ben and Whoretney.
But now I already miss Jef(f) and Emily.

When I tell you that I am obsessed with them as a couple, I want you to know that is an understatement.

As the episode started I was extremely anxious.
I was so nervous she was going to pick Arie.
If she did then I was going to have to start lighting trashcans on fire and flipping cars in the street and to be honest I was just really tired and didn't feel like I could pull a riot off at 100%.

Luckily Emily sensed the impending doom I would unleash should she plan to marry King Triton and move Ricki and her to a castle in the sea, and made the right choice.

I was excited to meet Emily's family and see what they were all about.
Her brother Ernie was kind of a muffin face and if he and his blonde fiance don't work out I'm available. 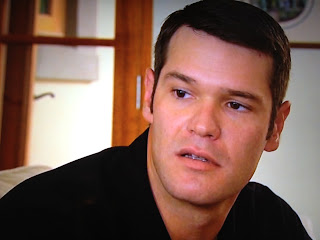 My friend Bty put it best:

Jef(f) was the first one to meet everyone and was SO CUTE!
He brought all the ladies there flowers and was super respectful to all the dudes.
He seemed to really want to get to know them and understand how they worked and how he would fit into the picture.
Am I talking like I'm also apart of the family, and appreciate his outreach? Yes.
Read: crazy.

You could tell everyone thought he was a great guy and really genuine.
He and Emily just looked so happy.
Dan wondered if we were going to finally learn Jef(f)'s tragic tale:

Sadly we did not.

I was sitting on Jill's couch with like all my teeth showing because I was smiling so hard.

Then that turd Arie came and met her family.
He was literally too dumb to function.
He showed up with a stupid gift for Emily.
All the roses she gave him over the season.
I'm sorry Arie, you're supposed to bring enough for everyone.
Also no give backs.
He also started talking and then never stopped.
He made some comment about the best fishing being done when it was raining and Ernie and Mr. Maynard looked mortified that a fish they had caught in the past had sprung back to life only to trick their sister/daughter into marrying him.

Then Emily and him went outside alone to make out.
I would like to point out that Jef(f) hung out with them the entire time.
I mean it wouldn't be a date between the two of them if they didn't make out on a couch somewhere.
Why change things now, you know?
It felt very awkward and I hated it.

When Emily met Jef(f) on the beach for their second date, I was literally rocking back and forth because he looked so precious.
He asked Emily really good questions about Ricki and told her why he wanted to meet her.
In my head I was thinking, should I go get Ricki?
Is that the issue?
Does Ricki need a ride?
She needs to meet her step dad.

Turns out Emily felt that way too and the meeting between Ricki and Jef(f) made my heart explode.
Ricki spoke in all giggles which apparently J Money is fluent in.
He also immediately rocked pink goggles and let her push him off a bridge.
I was about to request a match in the Octagon for Ricki and I to battle for his heart.
Then I realized I was feeling rage for a 6 year old and checked myself before I went and wrecked myself.

The more they hung out the more I began to realize that the date was taking up a lot of time.
Just when Jill and I began to discuss the possibility of this being the deciding factor my best friend Heather chimed in.
She is a teacher and very good with time management and organization.
After plotting out that not only did Emily still have a break down, she also had to date Arie, and then give the rose.
There wasn't enough time.
The 3 of us began to realize: Arie was a goner.
And this would be a happy family. 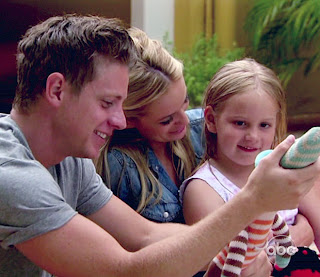 Emily told Jef(f) at their dinner that Ricki couldn't wait for him to come back tomorrow.
Which clearly sealed the deal.
He then gave her a book full of pictures of stick figures he had drawn.
Then I threw my bra at the TV and Jill became concerned.

The next day she cried and told Chris that she was done because she knew it was Jeffy poo.
Cut to Arie who is in some witch doctor's garden making a love potion for Emily before she gets there.
He was talking and talking and talkkkkkking about how tomorrow he was going to propose and blah blah blah.
Meanwhile the camera guy is holding in laughter because he knows what's about to really go down.
Emily shows up and looks like she's going to barf.
She dumps him and he stomps away and then she cries and then he acts like he doesn't understand why.
But you know in the back of his head he was thinking,
"Maybe I could get this guy to turn the car around and take me back to that witch doctor lady. She seemed into me. And when you're at the Witch Garden, you're family."
Yep. Olive Garden joke.
You're welcome.

The live reaction to Arie getting dumped was fantastic.
Women in the audience were literally crying.
I feel like they should do a live show every time.
It's so worth it.

Then it's the rose ceremony and she tells Jef(f) it's him and he's the only one who met Ricki and only went on a date with him and it looks like everyone is about to get complimentary waters on the house, he's so excited.

He asks her to marry him, she says yes after an hour.
I can't even. It was too cute.

At the "After the Rose" we were forced to listen to Arie's sob story about how sad he was and how he flew to NC for answers.
Read: stalkerrrrrr (unless I show up there to hang out with them then it's totally normal and cool.)

He brought her his journal and she didn't read it and it was awkward.
I was really beginning to rage that I was being subjected to his dumb heart break again when they started talking about how noble Jef(f) was.
Did anyone else notice that when he came on stage he still went in for the kiss with Emily?
No means no homie.

After a painful 15 minutes we got to see Emily & Jef(f) for the first time as a coupleeeee.
I'm so invested it's sick.
If they break up I will drain Charlotte, NC of its natural resources.
I don't know what they are or how to do it but I will lash out.
I just love themmmmmm. 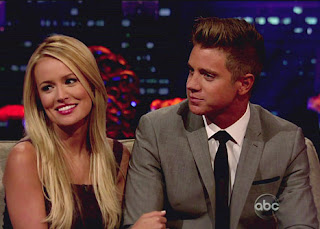 Then they showed pictures of a family trip and I was literally out of control. 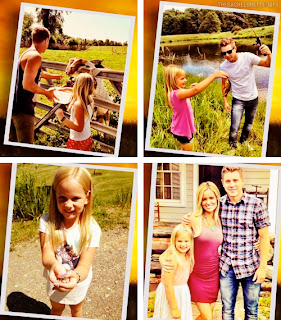 I can't stop.
Every time they tweet each other or put up a picture on Instagram I show everyone around me like they are my own family.
I clap.
I smile too big.
I'm obsessed.
He calls her his Panda Kitty, which apparently only I find to be completely and totally precious.
I may have texted Joe that I wanted to be their friends.
I can neither confirm or deny.

It was a good season.
My heart was broken a couple of times, but it was a solid ending.
I look forward to the next season of the Bachelor.
Especially if it's Sean.
(Don't think I forgot about you boo.)
What did you think?
Yay or nay to the final rose?
Email Post
Labels: abc bachelorette emily maynard jef(f) holm