The Olympians and Spice Girls motivated me...

As many of you read last week I was all in on the Olympics.
Mainly because of the super fit dudes, but also because watching people be that fantastic at sports is mind blowing to me.

I viewed the majority of the games whilst eating buffalo chicken pizza, and as I was dipping my pizza crust into more ranch dressing, because I'm a mini Paula Deene, I decided I needed to get my life right.

Then the Closing Cermonies happened.
I don't know if I've mentioned this before but I'm kind of a Spice Girls super fan.
One summer I made my best friend Catherine watch "Spice World" every day.
She got so fed up she began threatening me that she would tell my crush that I liked him if I asked  her to watch it one more time.
I lasted about 2 hours before asking her if we could spice up our lives with the majestic cinematic adventure that was "Spice World."
She literally marched me down to this boy's house and told me that she would ring the door bell and tell him.
It was then that I took to watching it alone.

The point of that story is to emphasize the fact that I love them.
So when I heard that they were reuniting, like all 5 of them, even mother effing Ginger, I was committed.
About 2 hours into the show I was getting antsy.
I began lashing out at other performers.

And then it happened. 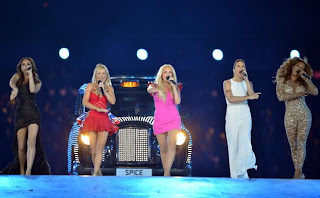 Did your heart just stop?
Because I mine did.
As I sat on my couch in my platform shoes, Union Jack dress, and Scary Spice wig, I realized I was yet again witnessing greatness.

I mean these women were zooming around on top of cars, hair blowing in the wind.
They looked fabulous! 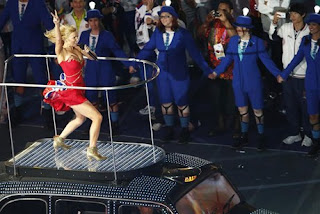 Meanwhile when the wind blows in my hair I look like this: 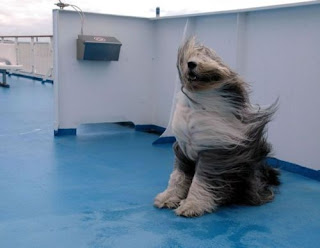 These women have had children.
And are in their mid to late 30s and look like that.
I am 25 and lay down after I eat.
It was the final push.
I was going to the gym on Monday.

I went with my boss Emily and my friend/co-worker Gabby. 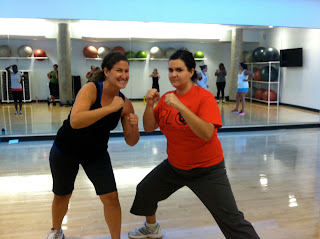 They were chit chatting before the class while I stood in silent fear of what I was about to get myself into.
I felt dumb.
I knew I was going to make a fool of myself and probably like barf or pass out.
They handed me weights. 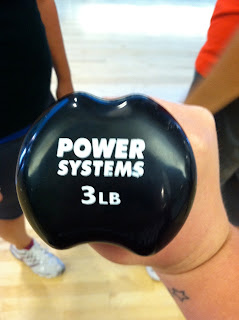 Which I didn't really know what do with... 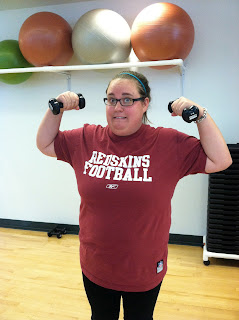 Then the class started.
At first it wasn't so bad.
I was kicking and punching and shuffling.
Then she told us to do a bunch of jumping jacks.
Listen, if you have rather large upper deck, you know that jumping jacks aren't a thing you do.
It almost turned into a boxing class, when I was almost assualted by my own boobs.
That was graphic and I apologize but seriously Champion, call me because this sister needs some better support.

I started sweating more than I have ever sweat in my life.
I couldn't even understand what some of the things meant.
I'm pretty sure she was just making sounds.
I ended up having to take my glasses off because they were falling off my face.
Again, you're welcome for that image.
This made things a little more interesting because now I couldn't see.

I'm not lying to you when I say that I started doing my own choreography at one point.
I just started dancing in the back of the class.
Little shuffle steps and kick ball changes.
I started invisioning myself dancing for a spot in Cooper Nielsen's ballet a la "Center Stage" when I heard the instructor say, "OK GUYS ONE MORE"
I was immediatley snapped back down to Earth.
ONE MORE?
We were almost done?
No, no we were not.
We continued to do one more SET of four.
That tricky wench.

So I kept kicking to the front and kicking to the back.
Kicking to one side and then the other.
And then I kicked a girl square in the shin.
I firmly believe that she was kicking the wrong way.

I made it through the whole class and felt pretty good about that as you can see below. 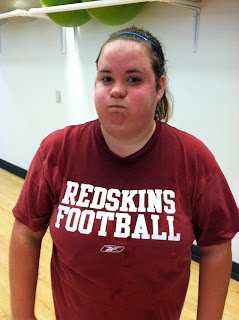 .
Don't worry folks, this will be my main picture on match.com

I looked like a fool but looking around I realized that people were messing up and stopping just as much as me.
I didn't feel so lame.
I'm probably going to go back next week.
And if I keep going I'm going to ask the instructor if she's willing to incoporate some of my jazzercise moves into the routine.
Fingers crossed.
﻿
Email Post
Labels: spice up your life