An open letter to food...


You and I have been together now for about 25 years.
When I was little I consumed mainly hamburgers, pizza, rice, and the occasional breakfast burrito from McDonalds.
As I grew older I began to eat mainly french fries, then transitioned to an almost all Mexican food diet.

Our relationship, while delicious, has not been fair.
You see, I keep eating, and unlike many of my skinny friends, I have not been graced with a fast metabolism.
My friends who can eat 9 pounds of Taco Bell followed by a gallon of regular Coke and remain a svelte 100 lbs. make rage with a passion of a 1,000 burning suns.
Just writing that sentence caused me to gain 4 pounds of water weight alone.

I also don't have the grace to turn down food.
You know those people who say, "I eat to live, I don't live to eat."
Well those people can take a hike.
Which I'm sure they'd love.

People who can cut a sliver of cake and that satisfies their craving, I say this to you:
"Thanks for the rest of your cake, cuz I'm gonna eat it."

I've tried many a diet.
I tried Atkins for a day.
One day.
Because by noon I was having rage black outs so severe I'm pretty sure I bit a student.
Turns out that when I'm deprived of carbs all people start looking like giant food items with feet.
Like a real life Fruit of the Loom commercial...but replace the fruit with potatoes, bagels, chips, and croissants and cinnamon buns. 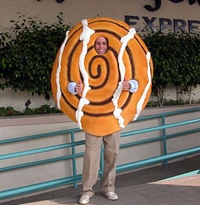 "What about Weight Watchers?" you may ask.
Well I've done well on that for a little bit.
Then the thought of counting out 14 tortilla chips out as a portion as opposed to shoving 14 in my mouth at once, causes me to snap.
Someone asks me how many points I'm eating and I turn into this:

This has been on my blog several times but I feel that it is an accurate depiction of my feelings.

You may be saying, Ashley, on behalf of food everywhere there are delicious healthy choices.

Well let me tell you something player, I went to Trader Joe's on Sunday in hopes to find a whole new world of healthy and convenient options and it was the most terrifying experience of my life for several reasons.
1. I don't know how to make any type of kale and that place is CHALK FULL OF KALE.  Also you can dress up kale as a chip if you want but I'm not buying it.
2.  I have never seen so many people so excited about produce.
3. Nothing had preservatives.
This is going to be an up hill battle for sure.


I love food too much.
It doesn't help that it's fall and there are delicious fall flavored things.
I know not everyone is cuckoo for pumpkin stuff but I lose my mind.
Today there was a link on Buzzfeed that alerted me to the fact that there are PUMPKIN PIE POP TARTS. 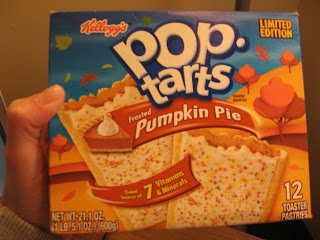 Why you gotta play me like that world?
I have no self control.
I heard there were Candy Corn Oreos exclusively at Target.
I immediately bought them. 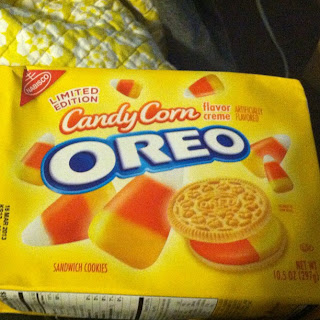 When I exercise I feel like that gives me an even bigger excuse to eat what I want instead of what I need.
I'm struggling hard here food.
Real hard.

You taste so good and hurt me real bad.

Now if you'll excuse me I need to go take several gulps of air to fill me up and go to sleep so I don't go on a late night hunt for those damn Pop Tarts.

I'm going to look like one of the junkies on "True Life: Meth is My Favorite," where they take late night trips to score.
It would be me driving with a night vision camera shining on my face, in my Honda, mumbling about how the 7 vitamins and minerals in the pops (that's what I would call them) were going to be essential for me to function properly as a human.

I wish I could quit you.
Until breakfast, I bid you adieu.
Good day.
I SAID GOOD DAY.