For the past two weeks I have been in RA training.
That means long hours, meals of capri suns and flavor blasted goldfish, and even a trip to camp.
This means I have barely been in my office, let alone my apartment.
In this time of little sleep, and long days I have some confessions to make.

Truth bomb #1: I have a boyfriend..kind of.
I had a pile of clothes in the dryer for DAYS.
Then I took them out and put them on my bed.
Instead of folding them and putting them away, I took my blanket and pillow and slept on the couch.
Last night, instead of folding them and putting them away I made them into a lump and moved them to the other side of my bed.
My friend Lauren and I have begun referring to it as Clothespile Boyfriend.
When talking to some RAs about my current situation, one told me that I needed a man.
To which I replied, "Forever Alone." 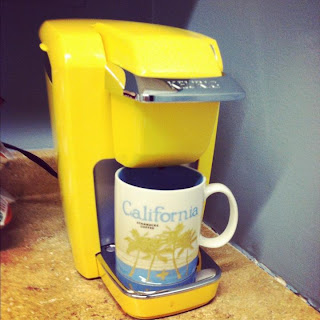 Now I have a Tim Tivo.
He is the second love of my life.
I have 10 episodes of "Criminal Minds," 7 episodes of "Lock Up" and several of the "Real Housewives" awaiting my arrival upon the closing of move-in and training.

Truth bomb #3: I spent most of the first move-in day meowing into a walkie-talkie.
So I have a staff of 14 RAs. 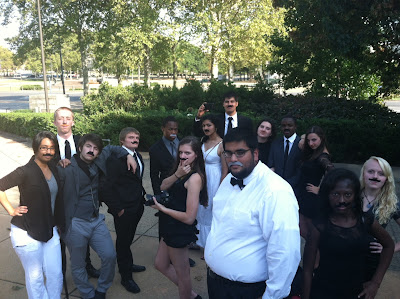 They are a stone cold bag of weirdos and I love them.
For our move-in I purchased the group a bunch of walkie-talkies so we could communicate throughout the building easily.
Most of today was my staff and I "meowing" and purring into them.
I feel that parents now feel comfortable leaving their students in our care.
Truth  bomb #4: There will be an episode of "Intervention" soon following my dependency on Starbucks.
You know those people that are like, "I need coffee to get me going in the morning."
By 10am on Saturday morning I had already been to Starbucks twice.
My best friend Joe and I have a legitimate problem: 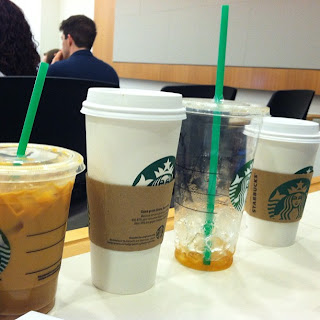 I feel stronger after I have it.
Like I could lift a car off of a baby.
I don't know why there's a car on top of a baby but if there was, I would take care of it.

And finally, truth bomb #5: My mom bought me this shirt and I think this means she's given up on me. 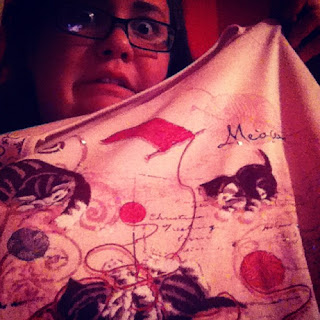 Yep. That's a baby pink shirt with cats playing with and chasing yarn.
It also is bedazzled and says "Meow."
She told me she bought it for me to sleep in.
What I heard was, "You live alone and I don't see that ending in the near future."

Now if you'll excuse me I have to run.
Clothespile Boyfriend and I have quite the night planned.
Reading my Kindle and then seriously contemplating whether I should just bite the bullet and buy a cat now or in 6 months when my mom buys us matching sweat suits and scrunchies.
Email Post
Labels: cats starbux truthbomb tuesday