Who would play you in a Lifetime movie?

Joe & I do all the time.
Joe is convinced that he should be played by Jake  Gyllenhaal no matter the plot.
I can see why, as the resemblance is uncanny: 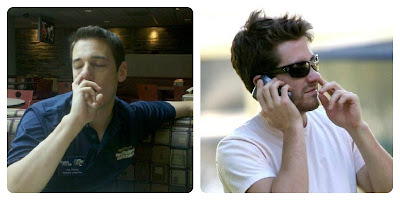 I'm not sure if there's an obvious choice of who would play me.
I know a lot of you are probably thinking.
Blake Lively.
I get that all the time. 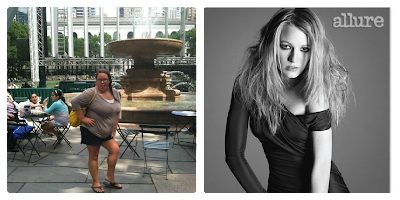 But guys, I don't know if it's that realistic.
Sure we're both blonde bombshells, but honestly I think I'd like to go in another direction.
Mainly because I don't know if Blake could really capture the gritty nature of my tale.
Naturally it would be called:
"I'm Sorry You Found me Sleeping in Your Laundry Basket Adam Levine: A tale of one woman's unrequited love."
It's a working title.
Could she really properly portray the emotion in the scene where I'm crying in a payphone booth, not understanding why Adam didn't get why repeatedly calling him from one was hilariously funny.
You know...because of his song, "Pay Phone."
COMEDY GOLD PEOPLE.
Comedy.Gold.

To confirm for all of you, I am currently writing the hypothetical script of my Lifetime Original Movie, in which Adam Levine finds me taking a cat nap in his laundry basket.

It sets up unrealistic expectations.