So I thought in honor of this golden day I would share 26 facts you may not know about me.

1. I was an extremely photogenic child: 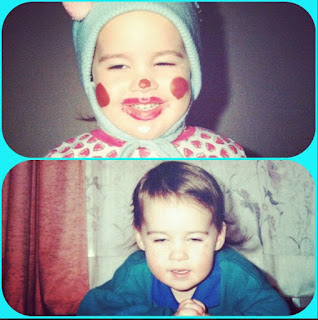 2. I'm an only child.
I'm sure it was because Barb & Tim knew no other child spawn of theirs could compete with the beauty as seen above.

3. I used to think the song "Brown Eyed Girl" by Jimmy Buffet was a song about a Hawaiian girl. Thus leading me to believe that because I had brown eyes I too was Hawaiian. Barb Jones shut that down real quick.
**Editor's Note: "Brown Eyed Girl" is by Van Morrison not Jimmy Buffet. Thanks to my boo Shannon for pointing that out..."

4.  One time I told my dad it was "Take Your Daughter to Work Day" and it wasn't. Spent the whole day playing Solitaire in his cube though and it was glorious.

5. My mom has called me "Kitty" my whole life. In fact my 1st birthday cake was a cat.
Foreshadowing for the future perhaps? 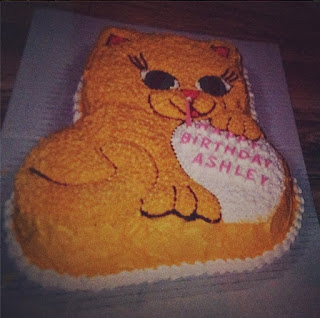 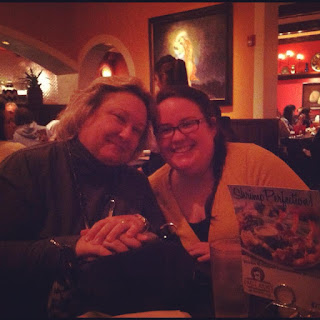 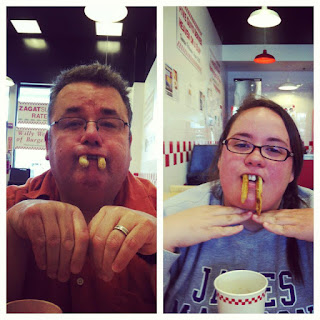 9. The color purple makes me angry.
***To clarify it's mainly the color of lavender that throws me in to a hate spiral.***

11.I'm also terrified of playing charades with a big group of people.

13. There are only 2 Christmas songs I like:
"Merry Christmas, Happy Holidays" by NSYNC
&
"All I Want for Christmas is You" by Mariah Carey
14. It is my life's goal to make Adam Levine to laugh out loud. 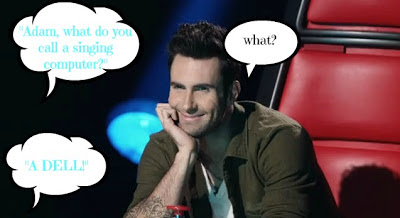 15. Tina Turner & I have the same birthday.
And the same legs. 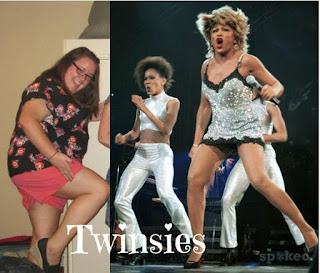 16. On my 16th birthday I had a party where everyone dressed up like their favorite celebrity. I dressed up as Karen Walker from "Will & Grace."
My mom hired an Austin Powers impersonator.

17. This year I had a birthday party where everyone dressed up as their favorite Disney character.
Steve and I were Carl & Russell from "Up!" 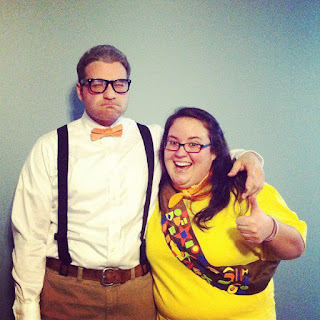 18. I love paying for things in exact change.

19. I kick people in the shin all.the.time.
Mainly these two. 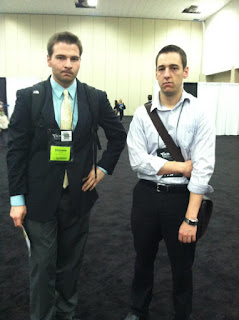 20. I have a personal goal to one day rap the Lisa "Left Eye" Lopez part in "Waterfalls" flawlessly.

21. I sleep with a stuffed dog I've had since I was 4. Her name is Kelly. I named her after Kelly Kapowski from "Saved by the Bell."

22. If I could be any TV character based on their abilities, I would be Alex Mack. Mainly because I'm currently super hungry and would like the mozzarella sticks I'm thinking about right now to magically float where I'm sitting.

23. Sometimes I want to move to Chicago and audition for Second City--to then move to New York and write for "Saturday Night Live."

24. If I'm not eating at a restaurant or at a dinner table, I normally sit on the floor in my living room to eat.I don't know why.
I just do.

25. When I was 5 I won a bike from a raffle at a Chi Chi's.
I believe that is why I have such a huge fondness for Mexican food.

26. I love couch naps more than anything in the world.
Anything. Except for maybe my family, friends, and Adam Levine...and sandwiches.
I do really love sandwiches.
So there you have it 26 things you now know, and can never unlearn about me.
P.S.
Hope everyone had an awesome holiday weekend!!!