In January 2010 I made a list of things that I wanted to accomplish.
It was pretty cheesy.
Some of the things on that list took about 2 years to make happen, and some definitely did not and probably will not happen at all.

However, I feel like a new year brings on new aspirations and so I thought I'd share a short list of what I hope 2013 brings to yours truly.

*Take a yoga class at the gym.
This will hopefully help me relax and not be such a spaz. But mainly see if it a class full of people who really enjoy farting in public. 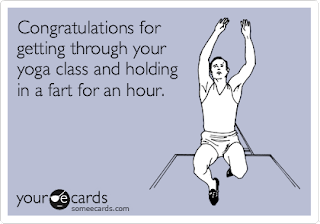 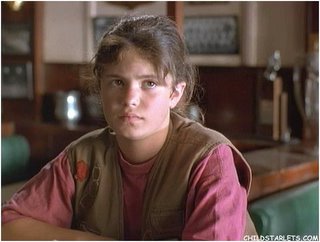 *I also aspire to learn how to curl my hair without burning my finger prints off.
Pretty self explanatory.

*I would like to take a tropical vacation of some sort.
If that means that I throw sand down in my apartment during Shark Week so be it.

*I want to read 20 books, because I'm a nerd & I like it.
Not like literary masterpieces really, but just 20 solid books.
I'll keep a list & let you know how that's going.
Hold me to it.

*I want to go on a second date with someone this year.
"Well weirdo you have to go on a first date with someone first," is probably what you're thinking.
Let me explain. I have been on plenty of 1st dates.
And by plenty I mean like four.
But they never really lead to second dates because either they are mouth breathers who have "catfished" me via the internet or my charming skill of regurgitating what happened on the internet that day is not as romantic as I had previously thought.
So, in an effort to put myself out there more, and because I want to have panic attacks daily, I figured I'd throw myself into the dating game in 2013.
On second thought, we'll see how it goes....have I mentioned I've been really into that show "Catfish"?
It may be that I count the dates I watch on the "Bachelor" as my own.
January 7th Sean, I'll be awaiting my rose.

*I'd like to craft  & cook more because I feel like that'll beef up my dating resume.
Just kidding. The cooking and crafting projects may be what I weep in to when I realize that it's December and my only dates were Ben & Jerry.
(That was literally the worst joke ever, apparently one of my aspirations is to also lose blog followers...love me through it.)

*Finally I'm really looking to make one thing happen that has been haunting me for a year and a half: Make Adam Levine know I'm alive.
I've been told by many that this is never going to happen.
He doesn't care.
He's too busy.
A ton of people tweet him.
Well fine.
I'm going viral with this request.
All I want for 2013 is a tweet from @adamlevine to @ashleyjonesy saying "Jones, it's me Adam, I know you're alive."

That's it.
That's all I want.
Why?
Because I love him.
His scruffy face, his voice of a male angel, his friendship with Blake Shelton, the fact that he ALSO knows Jonah Hill, and we could all hang out and just tell jokes and prank call Christina Aguilera all the time
.... that's what I imagine our twitter convo turning into.
A life long friendship.
Because I'm normal.