Well after finally picking up all the underwear that I threw at the TV last night while Sean was on screen I think it's finally time to start the first "Bachelor" blog of the season!


I'm going to be 100% honest with everyone, I was more excited for the 10 minute countdown to this show than I was for the New Year...
Like this kind of excited:

So if you're wondering where my life is at right now...there you have it.

Sean appeared, and it was so weird but I immmmmmediately started sweating.
His beauty is intimidating even through a television screen.

Of course one of the first scenes they show is "Seany" with his niece and nephew playing in the yard.
I will preface my next statement with this: I love kids, but don't see myself having them for a very long time. However, seeing Sean with them made my ovaries weep.
It was a confusing experience. 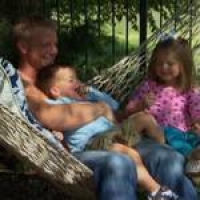 One of my favorite things about this show is the cheesy metaphors they make.
Boy did they deliver.
During a beach scene Sean said, "I want to be that rock..."
while standing on a rock: 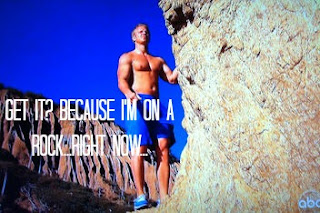 He then spoke about wanting to find the a wife while walking on the beach where he came across a BEACH WEDDING.
It was an amazing miraculous coincidence.
(No it wasn't.)


Up next was my least favorite contestant last season:
Arie
Teaching Sean HOW TO KISS.
Last year he literally sucked out Emily's soul every time he went in for a smooch and it made my stomach feel real unsettled.
REMEMBER THIS:

Luckily I don't think that Sean believed any of Arie's gypsy vodooo.
But if he starts mimicking any of those techniques I will personally.....do nothing about it.
Probably just rage on the blog to all of you.

Finally we started to meet the girls.
As you may remember from past seasons I don't really learn the girls names until the 3rd or 4th episode because they all kind of look alike and run together.
I also find if I wait that long to learn their names it makes me less invested and we all know how I climb the banana tree when I'm invested in a television couple.
It's an illness.

So I thought I'd do a quick rundown of the girls that stuck out to me: 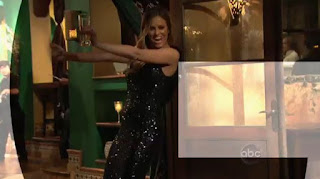 I was laughing when they first introduced her because she was having a legit conversation with her cat.
I was like "haha look at this weirdooooooo."
Then they showed her name was Ashley.
C'mon dudes seriously.
THE CAT LADY HAS TO BE NAMED ASHLEY?
She then proceeded to tell everyone she was obsessed with "50 Shades of Grey"
She brought Sean a tie a la the book.
She said, "I may need you to help me with this later..."
To which I replied,

She later got hammered drunk and danced while others were talking to Sean.
She also fell.
Her and her cat will have a beautiful life together. 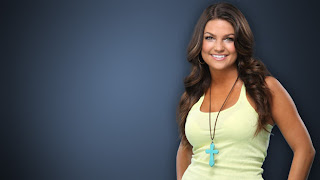 This girl, Tierra, is going to be trouble.
She wants to be Courtney.
And I hate her for it.
She gave some BS about having an open heart tattoo on her ring finger and how she was looking for Sean to complete it.
It looked like Jane Seymour's Open Heart collection tattoo edition:

Right off the bat Sean felt an instant connection with her and gave her a rose.
Which helped everyone understand:
THERE'S NO RULES! 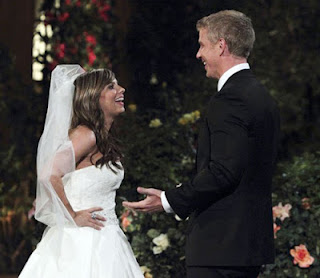 I guess I've been living my life all wrong not wearing wedding dresses to first dates.
I've also been doing it wrong because I normally don't get hammered drunk on a first date, and have the guy tell me he has a "rape whistle" just in case.
Because apparently when you do all of those things...it works and Sean gives you a rose.
I have to say it was kind of hilarious watching her sit around and then stand in the rose ceremony wearing a big poofy white dress.
She's a train wreck.
I can't wait.

The girl who confused me... 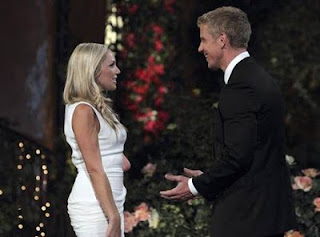 So I do remember her name. It's Sarah.
Sarah confused the crap out of me.
She said that she lost her arm while she was in her mom's womb.

THEN JUST STARTED TALKING ABOUT HOW HER LIFE WITH ONE ARM HAS BEEN.
NO ONE ADDRESSED WHAT HAPPENED TO THE ARM IN HER MOM'S BODY.

So naturally I asked:

My twitter friend Bre & I had so many questions...and then a very disturbing answer: 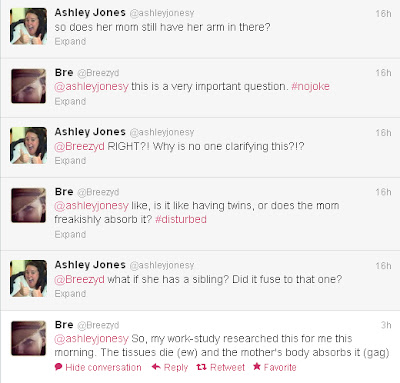 You guys I can't.
Baby arm dissolving in a body is wear I draw the line.

She said also said guys were intimidated by her only having one arm.
My friend Ashley said it best:

And because I'm truly a jerk I immediately remembered the SNL skit where Amy Poehler was Amber.
She was hypoglycemic, ROCKED one leg, and had a face tattoo. 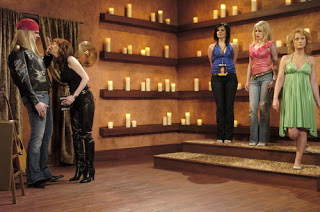 Part of me kind of wishes that Sarah was just like her.
Except she wasn't.
She was super likable and I was really happy she stayed.
However, I'm skeptical as to how long she'll stay around.

The girl that sang in Sean's face 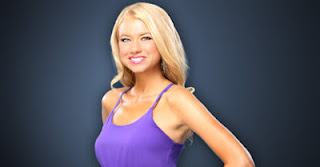 She later got the boot and said that singing a song to him and then getting kicked off was the MOST embarrassing thing ever.
I'm pretttttty sure the girl who fell during her back flips in a dress will beg to differ with you sister.

My girl Kacie B. is BACK Y'ALLLLLLL 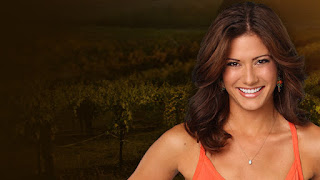 When she was on Ben's season I was pulling for her to win.
Then she took a crazy spiral and twirled a baton a lot.
That I could have done without.
However, when she showed up and Sean was so excited to see her I was so pumped.
Like too excited.
When he took off his jacket for her to wear I squealed.
I hate myself.
And I have a feeling this is going to crash and burn quickly but I can't help but hope that she pumps the brakes on her one woman crazy train and they fall in love.

The season looks pretty bananas and I hope that Ring Finger doesn't stay too long and mess things up as much as Courtney did.

It does look like she throws herself down some stairs at one point...which makes things interesting.