A few weeks ago IBM asked me to participate in an exciting new campaign called #MySmarterCommerce.
I have been asked to share my personal story about how technology and social media play a role in my daily life.

When I first got the email, I was sure they had the wrong blogger.
I mean did I even have a "story?"
I write about "The Bachelor," my quest to reunite *NSYNC, and getting Adam Levine to love me.
Plus #MySmarterCommerce sounded like a campaign strictly for brokers, financial planners, and other people who yell,
"BUY! BUY! BUY!"
(Which in itself is an homage to those five beautiful angel faces.)

But listening to what the campaign was really about, I realized I did have a story.
Let's start with why I started to blog in the first place:
Once Upon A Time....
(is a fantastic show)

In April of 2009 I broke my ankle.
Bad.
Not just a small fracture.
We're talking broken in seven places.
After asking the EMT unzipping my sweatshirt to give me and IV of morphine, to "buy me dinner first." and telling the nurses my tattoo was from my stint in prison,
I ended up needing two surgeries, two plates, six screws, two pins, and a cool Frankenstein scar as a bonus.

I couldn't do anything on my own.
Barb Jones had to wash my hair.
She also drove me everywhere.
Sure, I only went in reverse in the store handicap carts because it made that loud reverse sound and it embarassed her in public, but whatever.
I needed to live a little. 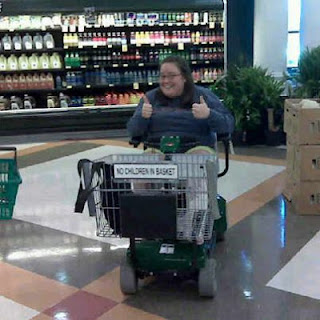 One night I was sitting in my bed unable to sleep due to my new bionic ank pain and thought,
"I'm going to start a blog."

As cheesy as it sounds my life was kind of at a stand still.
I graduated from college a year before hand, was in a job I didn't really even like, and all my friends were spread out across the country.
I was seriously bummed.

My first post ever was about wanting to move to Tampa and to become a teacher.
Following posts were basically glorified Myspace bulletins.

I couldn't really get the hang of writing without a prompt.
Being creative was hard.
But I kept on trying to crank out posts just to prove to myself this was something I could do.

Then one day, I sent a spreadsheet to my boss with the phrase, "I f*ucking love wings,"
by accident.
It was then I realized:
I can sit on this story and speak of it to no one, or I could tell the world how dumb I was and hopefully make someone laugh.

My insatiable need to hear people giggle at me forced me to hit "publish" on the post.
From that day forward I was hooked.

I previously viewed myself as a chubby goofball with really awkward tendencies.
Then I realized there's a market for awkward.
Any unfortunate incident, hair cut, or dating experience I lived thru I began to share.
It has become an outlet and a confidence boost.
It is a place where I have been able to make people laugh and receive a cool (and non-Law & Order SVU-y) internet hug from people I've never met when I'm struggling with something.
Most importantly something I created and have maintained for almost four years.
The only other hobby I've had for that long is knitting, and all that's left me is a lot of half done scarves and one strange baby slipper.
"Oh Jones" has morphed  from a glorified online journal to a blog I'm really proud to call my own.


Over the next few weeks I'm excited to continue to share #MySmarterCommerce story with you!
But you know what else I'm looking forward to?
Hearing your story.
How does social media effect your every day life?

Tell me about it using the #MySmarterCommerce hashtag on any of your social media sites.
Until then the next addition to this campaign, I'll be sitting here thinking about what Sean Lowe's abs mean to me, and what he could possibly have to say during his tell-all special Tuesday night.