I have a confession.
Yesterday I was hanging out with my bff, the Internet, and accidentally read a spoiler about the rest of the season.

I was weak...and my anger towards Tierra was making me rage.
I HAD TO KNOW WHEN/IF SHE WAS LEAVING.
I'm so ashamed.

I was tired of hulking out though you guys.
WHAT IF I KICKED MY TV LIKE LISA TURTLE WHEN HER FAVORITE NAIL POLISH WAS DISCONTINUED? 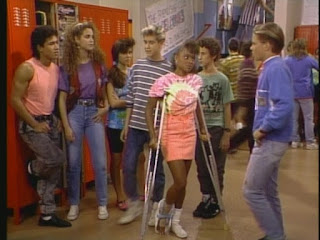 .I don't do well on crutches.

I won't reveal what I read because I don't know if it's true.
However, just knowing what supposedly happens (good/bad/ugly/dented forehead) helps me watch without such blinding rage.

The first date went to Catherine.
She stood in a snow storm waiting for Sean who drove up in a zamboni of sorts.
They made snow angels and did flips and had a blast.
Also at one point Sean looked like this: 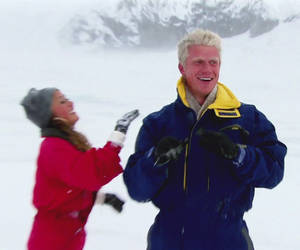 So now we know what he'll look like when he's 80, retires to Florida, and gets a wicked sunburn.
The more you know.

After they spent the date outside they traveled to yet another outdoor location for dinner.
AN ICE CASTLEEEEEE!
Every girls dream. 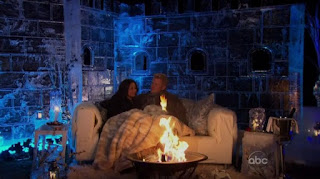 You know what else is cool?
A house.
And sitting inside of one.

Catherine told a story about why she lives life to the fullest.
One day at summer camp she was walking in the woods.
Her friend walked in front of her and a tree fell on her and she died.

The classic friend killed by a tree now I YOLO tale.
I mean killer trees are a real thing.
I saw one once... 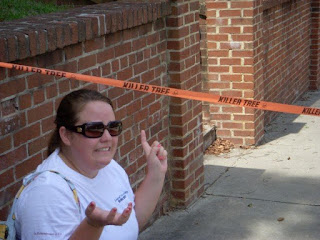 I just didn't know they were so prominent in society.

She seems pretty cool.
They seem to have fun and she seems low maintenance which is saying something.

The group date was with the usual group date cast of characters:
Selma, Ke$ha, Sarah, Tierra, Lesley, and AshLee.
This is going to shock everyone but...Sean is outdoorsy and he likes to be outdoors...because he's outdoorsy.
So the group date was: outdoors.
The plot twists on this show are intense.

They went canoeing (again).
Of course Sean had another surprise in store.
Everyone was going to participate in the POLAR PLUNGE! 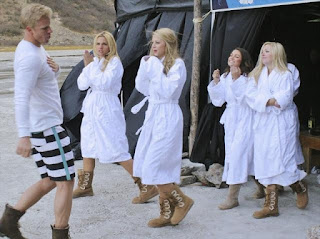 Well not everyone...people could choose.
Women were acting like they were choosing new identities not whether or not they should jump in cold water.
Selma was the only one to stay back, because she's from Baghdad...and they don't do cold.
Funny...when she was in the desert she didn't do hot weather either....

Everyone hopped in and hopped right back out. 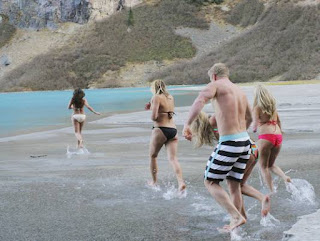 Here is the best way I can describe their reactions:

Sean & all women except Tierra: THIS IS GREAT! THAT WAS SO FUN! LET'S GO TO DISNEY WORLD! IS THAT A UNICORN? I THINK IT IS?

Tierra "couldn't breathe" and was "unresponsive." 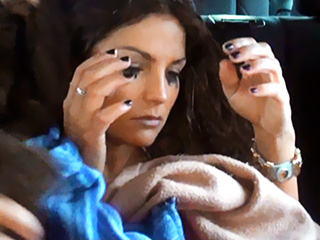 When they got her back to the hotel she was suddenly able to make a puppy dog whiny face/baby voice and say,
"I missed out on time with himmmmmmuh."

Yeah. That's definitely what you should be thinking when you're about to head towards the light and meet Patrick Swayze in the sky.
(I imagine the person to greet you at the pearly gates is Patrick Swayze from "Ghost"...I don't know why.)

They piled a bunch of towels on her and fed her some pizza.
Meanwhile everyone hopes thinks she's dead.
Yep. Totally legit.

Later on, Sean comes to check on her and to the viewing audience's surprise...her hair and make up is done even while hooked up to an oxygen tank. 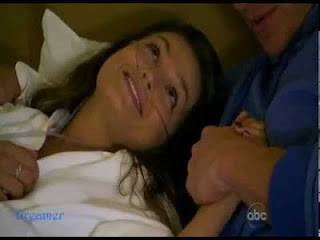 I'm going to be real honest with everyone.
I think she faked it.
Bombshell.

Oh wait, everyone thought that?
Only Sean fell for it?
(Hopefully because producers told him to?)
Weird.

Sean ended up telling her to take it easy and not show up for the after party.
Clearly she didn't listen and showed up.
Sean was obviously pumped she made it out to see him
and was impressed with how warm her hands were.

She said she still felt cold on the inside.

I have a feeling that wasn't from the polar plunge so much as it was because SHE DOESN'T HAVE A SOUL.

The best part of this date was when Sean gave out the rose.
Tierra was convinced it was hers because she came to the date even after almost dying.
Jokes on her because that rose went to Lesley.
I feel that moment is best described by this following:

He later went back to the hotel because he felt there was something that he needed to do.
There was a woman he didn't feel a connection with anymore and he needed to let her know.

He let Sarah go home, and the way she took the news and her explanation at the end was super sad.
She's been friend zoned her entire life and she's afraid it was only going to continue.
I felt really bad for her.
She didn't even make a one arm comment once.
I think I'm going to miss her.

He took her hiking.
They repelled down a mountain.
They ate lunch in a field.
They climbed a tree.
It was cute.
Usual routine.

The night portion of the date was probably the best thing that has ever happened during the entire time I've watched this show.
Remember yesterday when I said that the best line ever was,
"Did you eat your fish? Good..."
I stand corrected.

The actual best line ever came from Des.
They were in a TEEPEE talking about their lives.
Sean was telling her how humble she was and she agreed...as most humble people do.
She revealed that growing up she lived in a tent.

Yep a tent.
So material things don't matter to her.
Zoom in on a shadow of them kissing....
And then her saying, 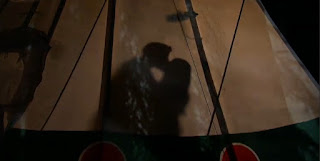 "I grew up in a tent and now I'm FALLING IN LOVE IN A TEEPEE."

My friend Jill and I were wondering...
Where do the producers find these people?
What questions do they ask to get these answers?

Then we began to plot what our sad life story would be:

Mine can best be summed up in this picture:

Jill's:
She couldn't go to a birthday party at Chuckie Cheese because she got sick.
She's so brave.

Before we move on I would like to touch on Sean's sweater choice for the evening: 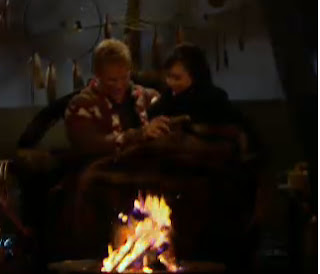 Allie and I had some solid observations:
Why he didn't respond to us is a mystery.

During the rose ceremony Selma decided she needed to step up her game since she didn't jump in the lake during the date.
So gave the audience the disclaimer that she was about to shame her family.
Then she told Sean to hold still and kissed him on national television.

Personally, I love getting blindfolded because it usually means there's a pinata present.
AshLee needs to lighten up.

At the end of the night
He ended up sending home Ke$ha, who was shocked.
(Never had a one on one date but was still surprised she was going home...)

The last rose went to Tierra leaving Selma flowerless.
Remember that time she shamed her family?
Me too.

It looks like next week Tierra throws another fit getting her a ton of positive attention from Sean.

I'm hoping something else exciting happens because I'm over this nonsense.
I also miss Chris Harrison.
Where has he been these last two episodes?
Come back to be Chris.
Come back.