Today is a cause for celebration.
Someone who's name rhymes with Shmierra is gone from our lives.
Although I will miss her sparkle.
More on that later.

First the ladies took a "sea plane" to St. Croix.
Sean "broke" the rules like the wild man he is to take the plane with them.

Anyway the women said that they felt like they could fall in love in St. Croix because it was so romantic.
I don't know if it's because I'm a Desperate Donna but Imma be honest,
at this point I could fall in love in the following places:
Heck, I would even get "Catfished."
Doesn't need to be in a tropical ladies.
Y'all are going to need to love each other state side when you get back so just keep that in mind.

The first group date was with AshLee.
Sean's justification for picking her was because he really felt a connection after, (and I quote),
"She let me lead her blindfolded in Canada."
Is that all it takes?

AshLee was clearly pumped about the situation.
Whenever they show her, she looks like she's staring either directly into the sun or hard into the future.
I'm not sure if she needs glasses, or if she's tired but her eyes are getting smaller and smaller.

Meanwhile Tierra was preparing her stay: 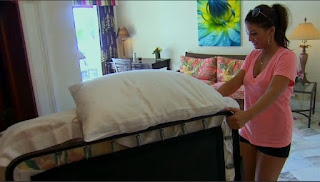 She didn't want to stay with any of the women.
She doesn't like it when girls like her boyfriend.
Which brings me to one of my pet peeves on the show:
HE.IS.NOT.YOUR.BOYFRIEND.

Are you dating?
Sure.
But homie has 5 other girls he's talking to.
You aren't exclusive. 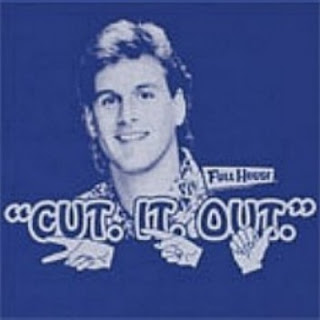 The date between AshLee and Sean was fine.
She finally told him what Tierra was really like in the house.
Sean believed her which was weird.

Later on in the date Sean asked her if there was anything she still needed to tell him.
She said that she got married at 17 and hoped that he didn't look at her any differently.
I want to repeat that she was married at 17.
She didn't knock over a convenient store.
She didn't kill a man.
She didn't run over a puppy.
She was a child bride.
The end.

We have a show called "16 & Pregnant" do you really think people give an F that you got married for a minute?
No sir.

Tierra finally got her 1:1 date.
She kept calling herself a priority.
I wonder what it's like to think THAT highly of yourself.

She was bummed out because the date didn't involve boating, which in case you were wondering, she really enjoys.
She didn't wanted to be attacked by bugs and be all gross and sweaty walking around the city with Sean.
Life is hard.

So they meet up in a town square, Tierra danced thru a parade, it made Sean feel like she's awesome.
She complains about being sweaty, hot, and thirsty.
I would like to point out that is my current state and I'm sitting down in Philadelphia.

Sean buys them matching shell necklaces.
It gave me a very "Little Mermaid" vibe in that I believe Tierra was wearing on of the girls voices in her shell:
Or Sean's eyelash stash she keeps in her pockets. 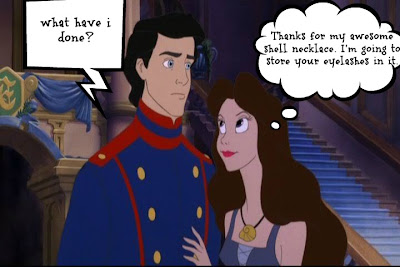 They also made perfume in the street.
Tierra claimed she wanted a fig scent.
Really... fig?
Figs don't even want to smell like figs, but whatever girl.
You do you.

Later she told Sean she didn't care about the other girls.
They walked on the beach and I was half expecting a giant jellyfish to spring from the water and land on Tierra thus causing another medical emergency.
No such luck.

At dinner she mentioned that Sean was distant.
She then creepily kissed him and said she was falling in love with him.
She leaned in to whisper "I love you," but I think the subtext was,
"I have your niece and nephew in a basement."
End of date.

The group date was with the coolest group of girls I think:
Catherine, Des, and Lindsay.
Sean surprised the girls at 4:30 to see what they looked like without make up on.
Shocking that the girls look effing adorable.
I look like a Courtney Love mug shot in the morning.
Not like this broad: 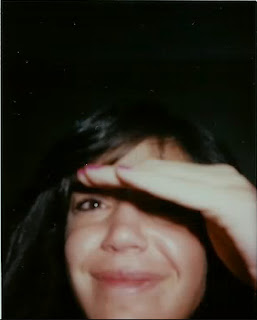 WHAT A TROLL RIGHT.
Ugh.

They watched the sunrise and then drove down the entire island.
Catherine and Lindsay were pissed because Des was taking advantage of the situation and spending a lot of 1:1 time with Sean.
Wah.

Later the girls told sob stories about their families yet again.
Out of all of them I really like Lindsay the best.
Sure she was crazy wedding dress girl, but she's pretty cool.
Just me?

He ended up giving the date rose to Lindsay and it was cute.

Back at the hotel, Tierra and AshLee had the show down of allllllll mother effin' show downs.
Tierra confronted AshLee about her conversation with Sean.
She said she was "above" everyone and that "men love her."
She didn't need to "sabotage" other people's relationships.

AshLee then claimed that she wasn't sabotaging anyone and that she was just saying what she saw.
She said that from the beginning she had always been nice to Tierra and she always was giving her the upturned eyebrow and stank face.

To which Tierra exclaimed,
"I CAN'T CONTROL MY EYEBROW." 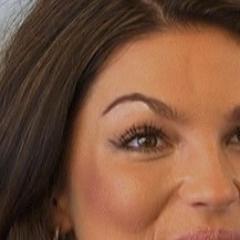 I don't really know if I've unconsciously been training my eyebrows to stay put for 26 years, or if it's a natural born ability, but I didn't know controlling eyebrows was a thing.

I know the only eyebrow I've ever really cared about in my life has been the People's Eye Brow:

What kind of twitch has she got going on that she can't keep those bad boys under control?
I was baffled.

She then proceeded to tell us that her family told her she had a sparkle and to never lose it.
I took her family to be, "men at a strip club," and sparkle to mean, "glitter used while pole dancing."
Because a stripper without glitter is just sad.
So in that case I agree.

Cut to Sean sitting on the beach with his sister who is reminding him her one rule:
Don't keep a girl that the other girls can't get along with.
And then I immediately wrote her a love letter.

THANK YOU SHAY.
Thank.
You.

Sean was all, "I'll bring her down! You can meet her."
AshLee was in the hotel room like, "GO TO YOUR COT TIERRA."

(The one liners this season are fantastic.
I can't pick a favorite anymore.
It would be like picking your favorite child.
I'm assuming this analogy is comparable on all levels.)

Anyway, Sean goes upstairs and finds Tierra crying like this:

He asks her what's wrong and she proceeds to say that this whole process has been so hard for her.
Duh. We know.
He then told her he was crazy about her and that he would be right back.
I was certain he was going to give her a rose to which I would have reported Sean's twitter account as spam.

He took a walk, came back, sans rose and told Tierra it was time for her to go.
And then the whole choir from "Sister Act 2" appeared in my apartment and started singing "Oh Happy Day."
It was a surprise, but I was happy to see them.

She packed up and got in a mini van and drove away.
Never to be seen again.
Later trick.

Sean had a pretty forgettable date with Lesley.
The only thing that was enjoyable about that date was that he revealed a family tradition of wearing footie pajamas looking at Christmas light every year.
I too have footies Sean.
Yet another reason we should be besties. 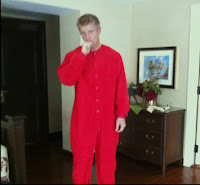 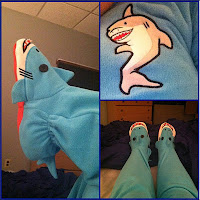 Think about it dude.
Get back to me.

The rose ceremony was pretty uneventful.
He sent Lesley home which sucks because I liked her.
Catherine started crying because she felt that Lesley had more in common with Sean than she did.
To clarify she was upset Lindsay went home and she stayed.
Makes a ton of sense.

AshLee got a rose.
She said, "To me this rose means trust."
You know that rose means to me?
"That is a flower. It is red."