Last night my dude Sean did me proud.
Spoiler alert righhhhhhhht now:
He picked Catherine and I am PUMPEDDDD.

Anyway let's get to the episode.
Cut to wonderful pictures of the country and this lady: 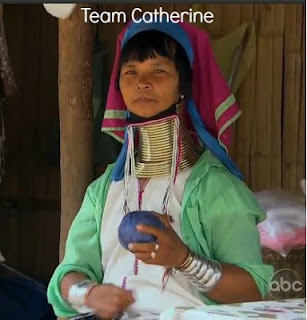 It started off with Sean's family getting to Thailand.
The whole crew was there--Even Kensington and Smith.
What a 22 hour plane ride was like with little kids is a mystery I hope I never have to solve.
However when they arrived, those two little nuggets ran straight for Sean. 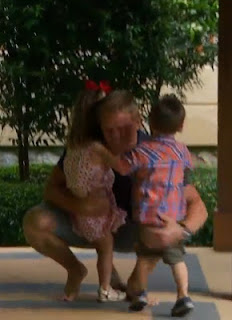 And then my ovaries literally wept.
It was weird.

While waiting for the women to arrive they asked the kids if they were going to help Sean pick a girl.
That's when Sean's nephew threw him some serious shade.
He said, "Emily didn't pick you." 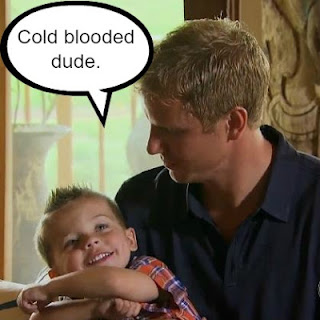 His sister found it to be hilarious. 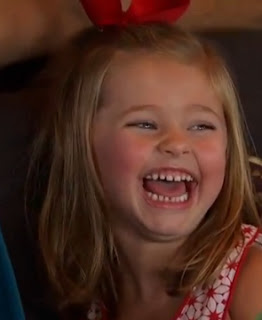 When they finally convinced Sean to come out of the bathroom and wipe his tears away Catherine showed up.

She talked to his mom for a little bit and then met Sean's dad.

I know he's married but I'm trying to date him.
He was such a sweet sweet man and you could tell he really liked Catherine.
He told her that he would be her biggest fan if she joined their family. So naturally I cried.
I'm so ashamed.

Catherine told Jay that he loved being around Sean and that their relationship was just laughing and eating.
When I say I want to laugh and eat with someone and hold their hand it's weird.
When Catherine says it, it's adorable.
Granted I probably shouldn't say while creepily hovering over a cute guy on the train but you know you live and you learn.

Next Lindsay came over bringing presents for the kids which is totallllly cheating.
I'm 26 and I go buck wild when someone gives me a present.
If I was 6 and some lady was trying to convince me she should date my hot uncle and gave me a toy, I'd totally pick her.
Honestly I'd probably fall for the same bribe now.

Her date was super boring.
She told Sean's family that she was super drunk when she got of the limo in the wedding dress.
Everyone laughed and laughed.
Nothing is funnier than a good ole' "I was hammered when I met your son" classic love story. 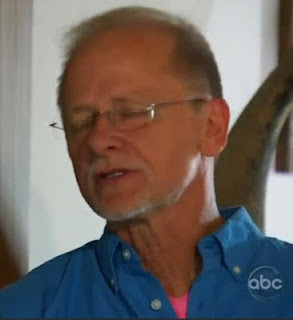 He told Lindsay that he and Sean's mom prayed for Sean's wife since he was born and that if she happened to be his wife he would be just fine with that.
This led me to believe two things:
1. Barb and Tim need to start praying harder for my husband.
2. Jay was also torn between two women.

After Lindsay spoke fluent baby talk to Kensington and Smith and then left.

Cut to Sean's chit chat with his mom.

The way that it had been edited all season was that Sean's mom tells him not to propose to either woman and then starts to cry.
Last night she didn't make that declaration at all but told him he needed to be careful after her and Sean took a pretty precious walk down a path full of splinters which Sean gave zero F's about. 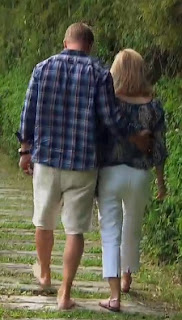 This is when I started to panic.
If his mom didn't tell him not to propose then who the F was that letter from?
Did someone leave Sean?
Why was he crying in the promos?

Then that sneaky bastard Chris Harrison said that they had late breaking news about the status of Sean's relationship.
I'm sorry player what did you say?
Are you telling me that I've wasted 3 months of my life watching this show for them to already have broken up?
It was a nasty scene in my living room.

Of course Chris Harrison answered none of my tweets nor would he return my pages, so I had to wait patiently through all of his teasers to understand what his damn riddles meant.

The last one on one date was with Lindsay where they rode on a raft down the river and pointed at things.
Very uneventful.
She also seemed very confident that they were going to be husband and wife.
I was just kind of bored.

So bored that I kind of forgot what happened on the date in general.

Maybe that's because on Catherine's date they rode on a freaking elephant.
Yeah that's right an elephant.

Catherine lost her mind.
So did I.
Unrelated does anyone know how much an elephant costs? Secondly will an elephant fit in a residence hall?
Please advise.
Asking for a friend.

Back to Sean & Catherine.
They rode this elephant all around. 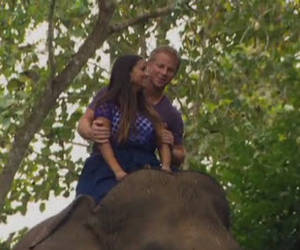 (via)
It looked like a bumpy ride.
I just imagine myself and all my chins jiggling in the breeze.
Not my ideal date, but I would get over it.

My internet frang Allie pointed the following out: 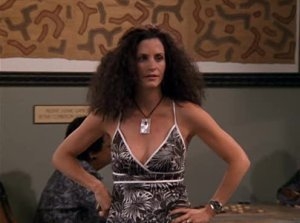 No lie.
I just thought about going to Thailand and my hair frizzed out.
Not to mention none of those women were sweating.
It's like rainforest temps there.
How do they do it?
HOW?

Which leads to become very concerned about myself.
I watch this show every season and every time I fall for the dramatic build up.
I'm calm and cool until that fart face Chris Harrison starts messing with my emotions.
He's so good at it.
It's witch craft.

Lindsay showed up in what can only be described as tin foil.
Sean started crying and breathing really heavy.
He either ran a race or the Thailand humidity was finally getting to him.
Had he picked me I could have shared my inhaler with him...but that is neither here nor there.

Lindsay was devastated.
She said she was going to go...because this was her nightmare.
My nightmare is a shark coming out of the vent in the deep end of the pool but whatever, we all have our baggage.

He told her that he loved her and that he really couldn't explain it.
But God revealed to him that Catherine was the right choice.
(He saw Catherine's face burnt into his toast that morning and that's when he knew...)

I thought it sucked for Lindsay.
He really loved her but loved Catherine more.

Before she left she took off her heels like she was drunk at wedding and high tailed it out of there. 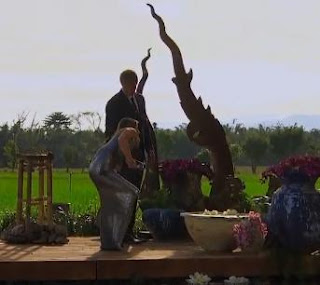 No ring, no shoes homie.

After he put her in the car to go home, Chris came out and handed Sean a note from Catherine and then walked away.
Then they cut to a live shot and Chris said,
"Wasn't that a horrible break up for Catherine."

I'M SORRY WHAT DID YOU SAY BISH?
CATHERINE HASN'T BEEN THERE YET.
ARE YOU TRYING TO TELL ME SHE GETS COLD FEET IN THE NOTE?

THEN THEY WENT TO A MOTHER EFFING COMMERCIAL.

In that time I shoved a sequence of Chips Ahoy cookies into my face.

When they came back Sean reads the note to America and it is really sweet.
She tells him how excited she is to start a life with him and how much she loves him.
I then stepped of the ledge and came back inside to watch the rest of the show on my couch.

He told her that he wanted to spend every day telling her that he loved her and that she was his best friend.

I then threw my underwear at the television.
Strange but true.

He asked her to marry him and she said yes. 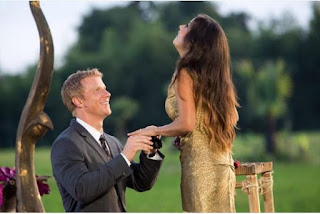 (via)
Then the classic engagement transportation rolled up. 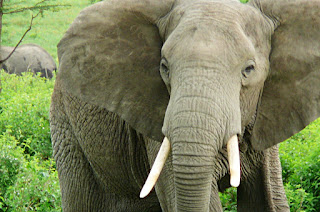 (via)
That's right!
The elephant was back y'all.
And then they waddled off into the sunset.

It was basically the best proposal I've seen on that show.

I just love Catherine.
I couldn't put my finger on it but then my Little hit it right on the head: 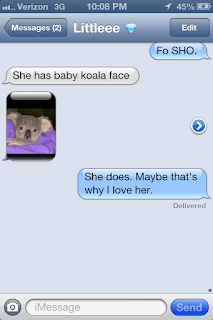 I love that baby koala and Sean together.
He was so excited to see her during the After the Rose Special.
The big status change was that they want to get married real quick on TV.
I'm assuming that I will get an invitation.

He teared up again when he was watching the proposal and Chris called him "a ball bag."
So that was a precious moment.

I'm officially attached to them as a couple and will commence stalking them on every source of social media I can find. 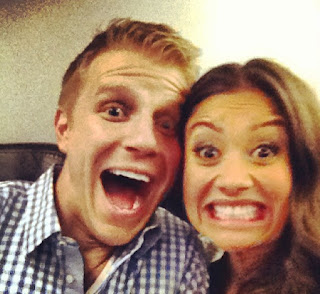 I won't have anything to do on Mondays.
I mean I could watch "Dancing with the Stars" since Sean is now officially apart of the cast.

via
But it won't be the same.

I guess I'll just have to wait until May when the new season of the Bachelorette starts with Desiree.
I hope her brother is at every rose ceremony.