It's been a week since my last post, and there's a solid reason for that.
Stalking Catherine and Sean takes up a lot of my day.
Kidding...or am I?

A couple weeks ago I mentioned I was going to Vegas so I thought
I'd give you a little trip wrap up.
I know y'all were dying to know what happened while I was there.
So hold on to your pants because some outrageous things happened.
I am lying.

I gotta say I'm not the Vegas type.
I spent the first night eating sandwiches and trolling the city for milkshakes with my friend Cover.
When we finally found one up to snuff we each ordered one for ourselves.
Apparently they were meant to share but instead I walked home alone drinking a milkshake for two.
I didn't hate it.
Not one bit.

I went to the fountain show at the Bellagio each night.
How can you turn down "My Heart Will Go On" set to choreographed water fountains?
The answer is that you cannot.

I really broke it down during the chorus.
Everyone around me was super impressed and not at all too drunk to notice.

I, of course went to Cesar's Palace and quoted Alan from "The Hangover," because I'm original and a dude. 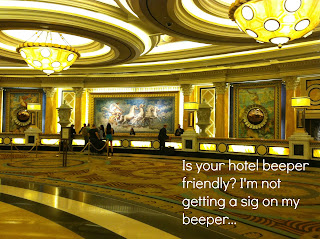 I also had an all you can eat buffet experience like none other.
Many of you know that my idea of a good time is sitting in front of a never ending plate of food.
By the end of my 2 hour eat-a-palooza I'm pretty sure I felt my heart stop twice and blacked out from meat sweats no less than 5 times. 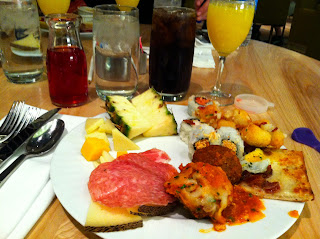 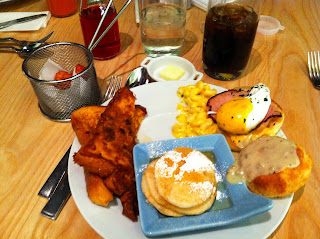 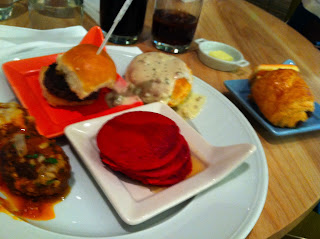 I tried to keep a consistent theme when I went up to the food troughs however by the end I had meatballs, hamburgers, and pancakes.
I was drunk on food.
It.was.awesome.

It was also apparent that Vegas will make a slot machine about anyone/anything: 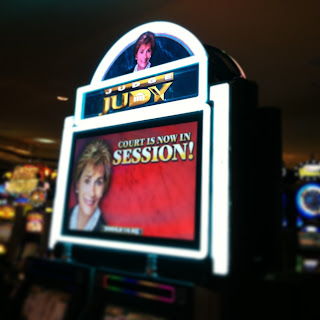 Back to the food.
I ate a cheeseburger, literally every day I was in Vegas.
I went to a Gordon Ramsey restaurant called Burgr...no e...twice
Each time it was magical. 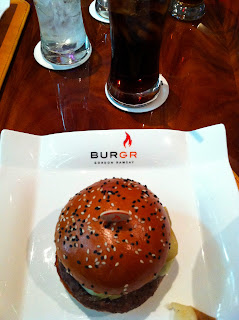 I also took a ride in a cab to IN & OUT Burger with my friends. 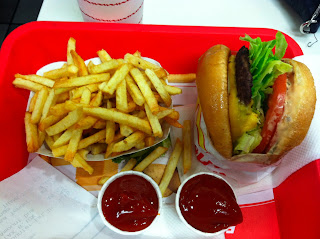 We did experience Coyote Ugly while we were there. 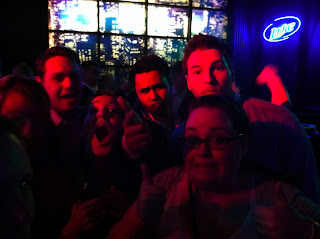 We had a ton of water thrown on us and while I didn't mind having to clean off my glasses every 2-3 minutes, it did turn into an unintentional wet t-shirt contest for me as I was wearing a white shirt.
You're welcome for that image.


My biggest regret is not going to see Thunder Down Under.
And after reading Kelly Jo's comment:

I don't know if I've had a bigger regret in my life.
I'm sorry I failed you Kelly Jo.
I'm so sorry.

Overall it was a really fun trip.
I loved seeing my friends in a new place.
Although I didn't get married, get a face tattoo, or turn into a woman of the night, I had a great time.
It is nice to be home though.
I have been practicing pinterest hobbies like how to do a sock bun. 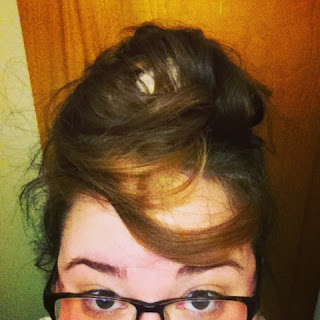