Is there a plot twist this season?

I feel like my life is complete again.
This season is going to be a train wreck.
With that being said....let's jump right in.

The night began with Des driving up to her new house in her Honda Civic carrying one over night bag. 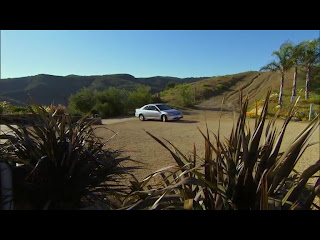 Because that's definitely how everything went down.
I can imagine the call from the producer now,
"Hey Des, yeah we're just gonna need you to bring the essentials, tooth brush, comb, and be at the house around 8:30am.
Yeah their will be parking...mmhmmm yes food will be provided. See you then.
Bye bye."

Then Des walked around the house with a voice over of her weeping...already.
It seems that her angle is the "we lived in a tent" storyline from last season.
That's what I gathered through her 5 minute monologue of shaky voice crying.

My best friend Steve was in the area for the night and suffered watched the first hour with me before running screaming from my home but he was so confused as to why she kept crying.
I believe his exact words were,
"Why is this B crying so much. Nothing has even happened yet."
Wise words dude. Wise words.

Then she had a sit down with Chris and just kept saying how much she wanted a man and was ready to put a ring on it.
The way she was talking about how ready she was made it sound like she'd cuddle a rodeo clown if he was nice enough to her.
I was literally yelling at my television,
"YOU'RE THE ONE PICKING NOW BOO CALM DOWN. ACT LIKE YA BEEN HERE BEFORE."
Oddly she did not hear me.
My RAs on the other hand knocked on my door to inform me that it was in fact quiet hours.

Then because it's 2013 and roller skating in Daisy Dukes on the boardwalk is still a thing we were treated to a really natural and believable montage of Des cruising down the boardwalk. 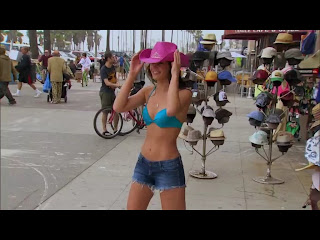 She naturally picked this lovely pink hat because not only is it her style but because it will be functional on several of her dates.

Please also note that NOT ONE PERSON AROUND HER IS DRESSED LIKE HER.
One man is wearing a complete suit.
In fact only one person is wearing shorts.
I'll move on...

Desiree continued to refer to herself as Cinderella ..which made me think she hasn't actually seen the movie...
She has two loving parents and one protective brother.
Not necessarily the plot line but hey...live your life girl.

She didn't respond back, but I'm sure if we hear any of those terms within the season we know who she got them from.
This girl: 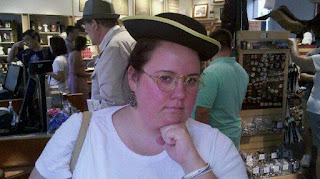 I get all the fellas.

Then we were finally introduced to the dudes.

My general rule for new seasons is that I don't learn names of the contestants until later down the line.
There's too many of them and half of them look alike so I just give them nick names till I think they're going to stick around.

Is it bananas that I have a system for these shows.
Yes.
Can I stop myself?
Probably yes but ultimately no.

We are first introduced to JC Chasez from 1999 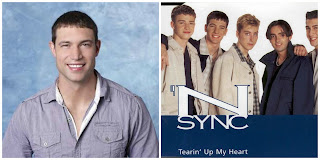 He's in the military. Has a dog. Seems like an all around babe so I like him.

Then we met Urkele who high fives people randomly on the streets of Chicago.
He let us know he was a banker with his very own office: 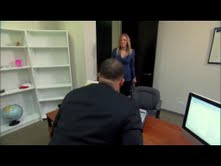 Look at all of his personal belongings....like that really cool globe.
Seems legit.
He later compared to Des to Athena to which she said, "ohhhh"
When Des sends him packing I'm sure Carl Winslow will be there waiting with open arms and he will finally get to marry his real true love Laura. 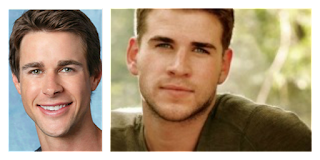 You know who else invented sign spinning?
Anyone standing on a corner spinning a damn sign.
It's called boredom Gale.
Not marketing.

Part of me was hoping he was going to open with,
"Hey girl, I volunteer....to win your heart."

He was followed by Intervention. 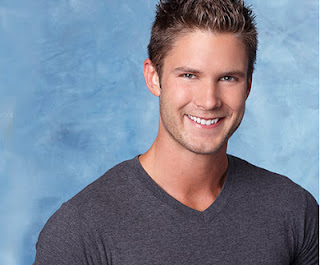 He talked about his mom and her struggle with sobriety which was really touching.
Until he kept talking about it...
He gave Des his mom's sobriety coin (isn't that important for her to keep?) and said Des could return it to her in person during hometown week.
Brandon(?) then said, that he flipped that same coin to figure out whether he should attend his own birthday party or the hour long interview for the show.
The coin determined Desiree was in his future.
I'm sorry but you couldn't show up an hour later to a birthday party?
Just push it back...
Evites are really easy to edit.

Another guy showed up with a wishbone, from what I'm assuming came from a rotisserie chicken he was eating in the limo.

This guy showed up without a shirt on...real original.
Naturally he got a rose.
Which had to be pinned to his pants.
Which was gross.
Because he's gross. 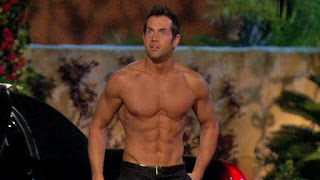 It was kind of downhill from there.

Like way down hill.
Like to the point that I began to think there was a plot twist to the season in which Des got kidnapped/murdered because these fellas got increasingly more and more scary as the night went on.

The creep of all creeps showed up.
I remember his name because I was pretty positive I was going to need to report him to the California police department.
Jonathan.
He showed up and gave Desiree an invitation to the "fantasy suite."
She looked really grossed out but politely declined.
Later in the night he asked her THREE additional times for her to join him upstairs.
He even went so far as to spruce up a room upstairs. 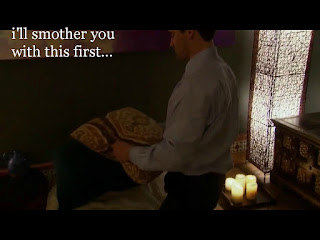 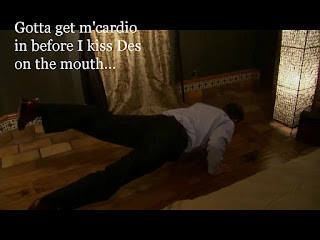 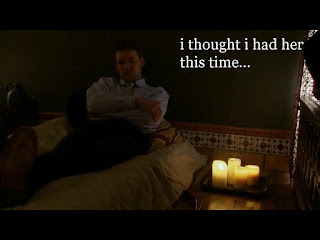 That whole kiss Des on the mouth thing was an actual quote.
He also kept referring to his love tank which makes me believe his mom is Vicki from the Real Housewives of Orange County.

Des promptly sent him home.
I'm pretty sure the producers just dropped him off near the airport and he's wandering around LA asking women to check out the fantasy suite....in his pants.
Sadly Urkele won't be there to high five him.

Larry tried to dip Des in her dress which got caught.
He ultimately thought that his failed attempt to woo her via the art of dance was his downfall.
No pun intended.
Larry let the world know that he practiced the dip at least 50 times and only 2 women had a problem.
Which led me to ask, "WHAT HAPPENED TO THOSE WOMEN?"
Also 50 women agreed to let you practice with them?
But none of them would go out on a date with you?
I have questions Larry.
Lots of them.
He also couldn't figure out what to do with his glasses:
Clap off: 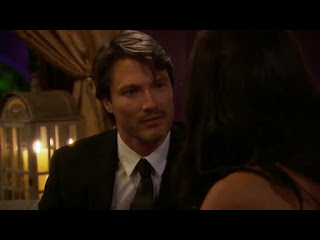 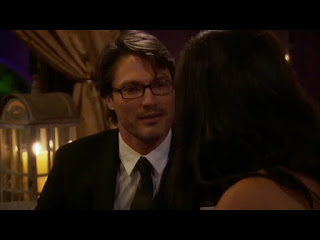 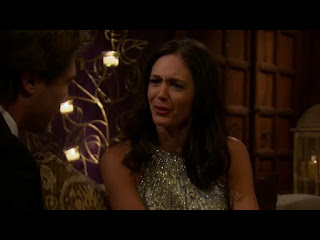 There was also a magician. 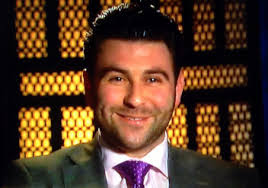 No Chris Harrison didn't hire a magician for the guys while they waited to talk to Des.
One of the guys was a magician.
Sadly he didn't make it past the first night.
He wanted to let us know he was a lot more than just a magician.
Part of me was really hoping he was going to yell,
"THESE AREN'T TRICKS DES. THEY'RE ILLUSIONS. TRICKS ARE WHAT WHORES DO FOR MONEY....AND CANDY." 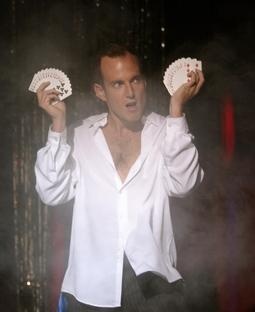 He didn't make it but strangely enough the guy who talked in only hashtags and his eyebrows did. 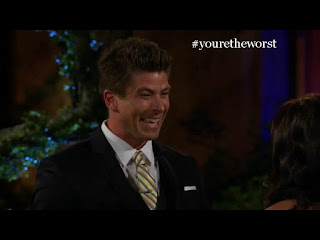 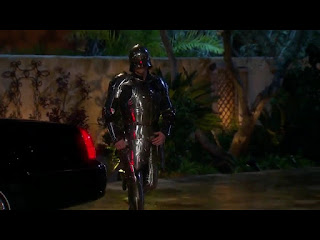 Precious Ben and his son Brody were safe. 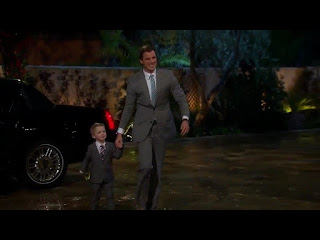 Did anyone else catch Ben's story of who Brody's mom was?
It was a little odd how casual he was about it.
"She's my best friend...and thennnnn I knocked her up....sooooo."
It looks like he's the male Tierra of the group so that should be interesting to see.

These dudes look like they have a lot of emotions.
The previews made them look really punchy.
And sobby.
Which is probably the steroids as none of them have necks but several muscles.
Several.

Overall it was a weird night but I think this season is going to be solid.
What are your thoughts?
Any clear winners?