Is it over yet?

I'm going to start this recap by saying that the only good thing about this stupid show this week was the random tuba music.

At this point I'm watching only for the look of dread on Chris Harrison's face whenever he shows up to a location.
That being said I still watched because...I hate myself?
I should explore that later but on ward towards the show.

The show starts off with this guy:
Chris H. tells everyone they're in Europe.
Mikey T seems to put some puzzle pieces together as to why he was on a flight for so long.
Chris also tells them that Desiree has never been to Europe before and they'll be experiencing all these new things with her for the first time.

Kasey, after studying his Rosetta Stone for what seems to have been 4 to 6 seconds let's Desiree know that:

Does he annoy anyone else with a passion?
No?
Just me being a cynical jerk....fine. I'll own it.

The guys go to their hotel room.
It's big and fancy.
Nothing out of the ordinary.

The first date card arrives...in German...because why not.
Chris attempts to read it, probably doesn't care what it says because he's just happy to be on a date with Des. 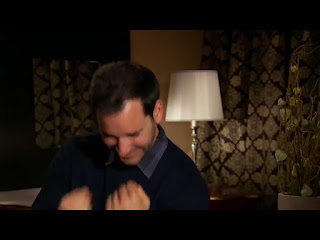 They end up meeting in a town square and going to various shops throughout the day.
The two of them seem to be having a great time and in all honesty I don't mind Chris.
I think he's pretty cute and seems fairly normal.

Meanwhile back in fanciest hotel in all of the land, Bryden tells James that he's going to leave.
His wounds are just too deep and he can't continue on.
James asks if he is going to wait for Chris and Des's date to be over.
His response:
Nope. Right now.

Flash to Des and Chris having a fantastic time dancing in the town square to the melody of a rockin' tuba. 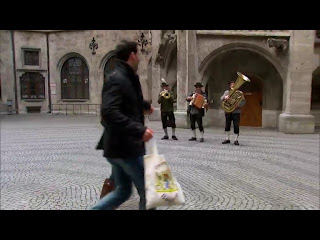 The music begins to turn ominous as Bryden begins to walk around asking random people if they spoke English and if so had they seen any one with video cameras around.

As he got closer to the square the producers found it hilarious appropriate to cut from the dancing couple to scary gargoyles to foreshadow impending doom.

Let me reenact it for you:
Imagine tubas in the background.
If it helps to sing the Swedish Chef song like I did the entirety of this episode I shall not stop you: 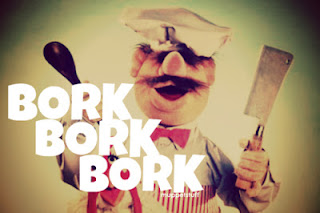 Any way back to the town square 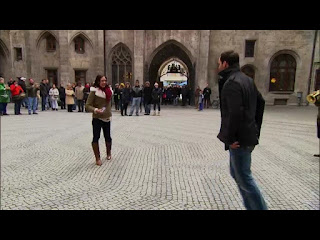 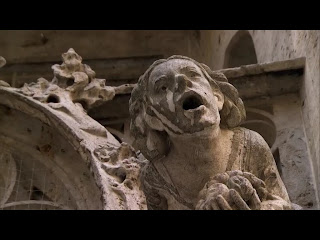 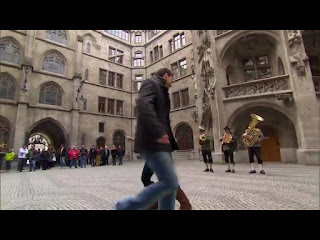 Then back to this: 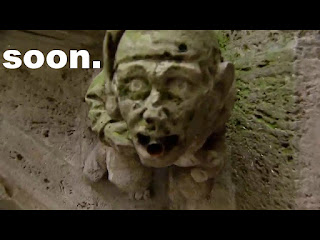 Finally Bryden finds them and asks to steal Des away for few minutes leaving Chris to sit alone with a couple of pigeons.

Well only for a little bit because even they sensed something was up and peaced out: 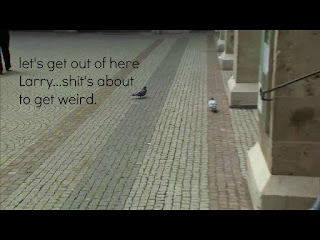 Back at the First Annual Hoodie Convention 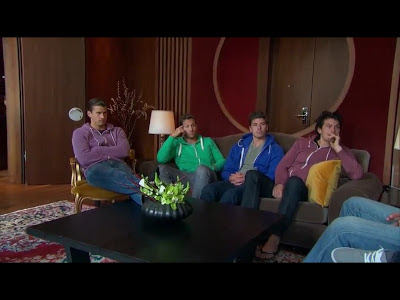 James gathers the men to tell them Bryden is leaving.
No one cares.
Not even Des.

I think she was more concerned as to why he took "such a long flight" to just tell her he wasn't interested.

She also at one point told Chris, "I wish he would've just told me before he came all this way."

Uh he did.
Last week.
Literally said, "I don't think I'm in a place where I should still be here."
This shouldn't be a shock.

Word on the street is that the entire time he was away Bryden had a girlfriend back home.
What a creep.

The rest of Chris and Des's date was pretty uneventful.
There was another private concert by Matt White, who I'm guessing they flew in for the event?
Either that or he was just hanging around Germ (that's what I call it) waiting for a phone call to perform to a a party of two.

Chris wrote her a poem.
It went like this:
Roses are red
Violets are blue
My name is Chris
Yours is too...
wait no....
Sorry...I didn't know what rhymed with Chris.

Desiree sloppily kissed him and told him it was the best poem she'd ever heard since "Cat in the Hat" and then made out some more.

The gentleman were then told the fate of the next two dates.
The group date was all the dudes EXCEPT for Michael G. and Ben.

Kasey broke down how hard the 2:1 date would be for Desiree by demonstrating how she would have to look back and forth between them. 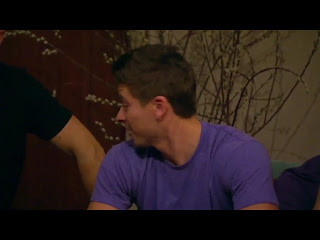 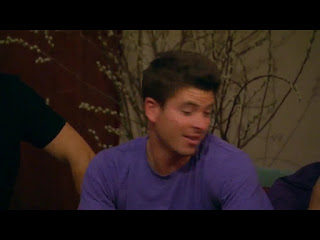 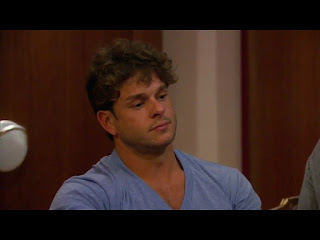 He knew that he was chosen to go on this date with Ben to prove what a fraud he was.
Then he said,
"The time has come for me to murder Ben."

Don't really think that's what Des had in mind when she put the two of them together as this is not Sparta.
Hopefully the producers took him aside after that comment and let him know that although one person does in fact leave after the 2 on 1 date, it is not in a body bag.

Before we are treated to the worst date on the planet we see the group date.
All the guys and Des go to the top of this big ole mountain and sled down.
It was pretty lame.

Des finds a door in the ice and opens it to reveal: 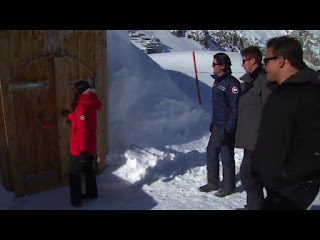 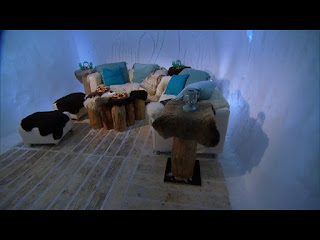 She hangs out with Mikey who asks if she wants to make snowmen.
Des has a melt down at the suggestion.
Get it?
Because snow melts? 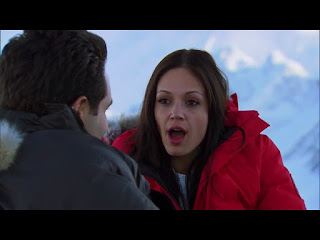 Ok it kind of looks like she's yawning there but seriously...she was a little too pumped.

Zak cut in to tell her at one time he wanted to be a priest but is now on a quest to find a wife. 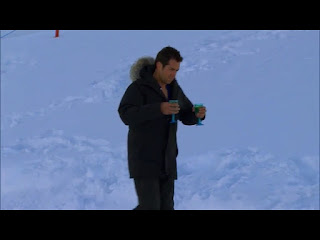 The guys all start talking about how they don't like James and how he's very different when Des isn't around.
Perhaps he's been letting Ben take all the heat but is really the number one douche.
The guys, even after my persistent begging, refuse to stop saying they're there for the right reasons and claims that James is certainly not there for Des but to become the next Bachelor

Turns out on he way home James says to Mikey that they could run Chicago when they get back and that hes' going to be the next Bachelor should he be in the final four.

The guys all decide they're going to tell Des at the cocktail party the next day.

Finally there is the dreaded two on one show down between Michael G and Ben.

Michael continues to say that he is there to impeach Ben based on evidence.
That Desiree wants him there to expose Ben for who he really is...

It becomes clear that is not what Des was intending at all.
All homegirl wanted to do was ride around in a hot tug chillin' with two dudes. 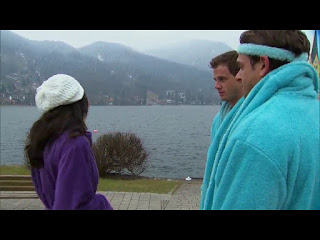 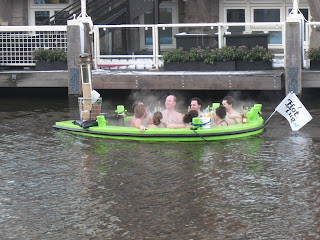 Michael digs at Ben every chance he can get, airing out all of his dirty laundry.
Letting Des know that he hasn't made any attempt to call his son, that he isn't a man of God that he claims, and is in fact a dead beat.

At dinner things come to a boiling point when Michael G yells at Ben for forgetting to call his mother on her birthday his sophomore year in college and pushes Des over the edge.
I'm pretty sure it was because she was tired of hearing Michael G. badger Ben like a fighting married couple.

In the end Michael told her all the terrible horrible no good things Ben has said and she ends up choosing Michael to stay.

This is when things FINALLY got interesting.

Ben lashed out in the ickiest way possible.

He told the cameras that they missed out on the next Bachelor: a single dad from Texas.
He then waved to the camera and said "Hi Hollywood!"
Then he told them he wasn't going to sit there and look sad because he wasn't in fact he wanted to go get drunk in Munich.
He asked the producers how long it would have to be fore him to be seen with someone because he didn't want to wait.

Had he been like that all season...maybe it would have made it a little more clear why he sucked so much.
But man what an exit.
See ya never turd.

Des decided she didn't want to have a cocktail party and ended up moving right to the rose ceremony.
The guys that were going to expose James for the dirt bag he allegedly is were floored because their chance was gone and James would probably stay.

Mikey ended up going home (finally).
Next week looks just like this week:
Full of promise but will probably end being lame.

I kind of feel like this season is just like Bachelor Ben's lameo excuse.
Can we do an early wrap on Desiree?
I'm ready for next season.