A lot of people have asked me what I have felt about Juan Pablo's comments this past week.
If you haven't heard, when he was asked how he felt about a homosexual or bisexual Bachelor, he said it was be "hard to watch" and then followed up by saying“I respect them, but I don’t think it is a good example for kids to watch that on TV.”

Rough right?
Here's the deal.
The way that the heterosexual people on this show have acted hasn't always come from the strongest moral compass.
People skinny dip, get wasted and make a fool of themselves, "all in the name of love."
We know that half of these people just want to be famous and have no intention of really finding the their soul mate.
Sure there are some presh couples.
Trista & Ryan
Sean & Catherine
Chris & Des
Molly & Jason
But that's 4 out of 20+ seasons.

I don't watch this because it makes me comfortable.
I watch this sh*t show for the hilarious drama.
It's 2014, everyone is entitled to their opinions and can say whatever they want, but it's important to make sure that you aren't completely ignorant to the social climate.

I don't agree with what he said at all.
You love who you love.
Others may differ but that's where I stand.
Having said all that I'm still going to watch this show, but through a point of view of not really caring who he ends up with.
So don't get it twisted Juan Pablo.
I no longer care if you find love.
But I do care about my life and I've been threatened with the punishment of death by Grace should I ever cease writing about this show.

Chris Harrison starts off the episode in a shirt that is most certainly from the Garth Brooks collection. 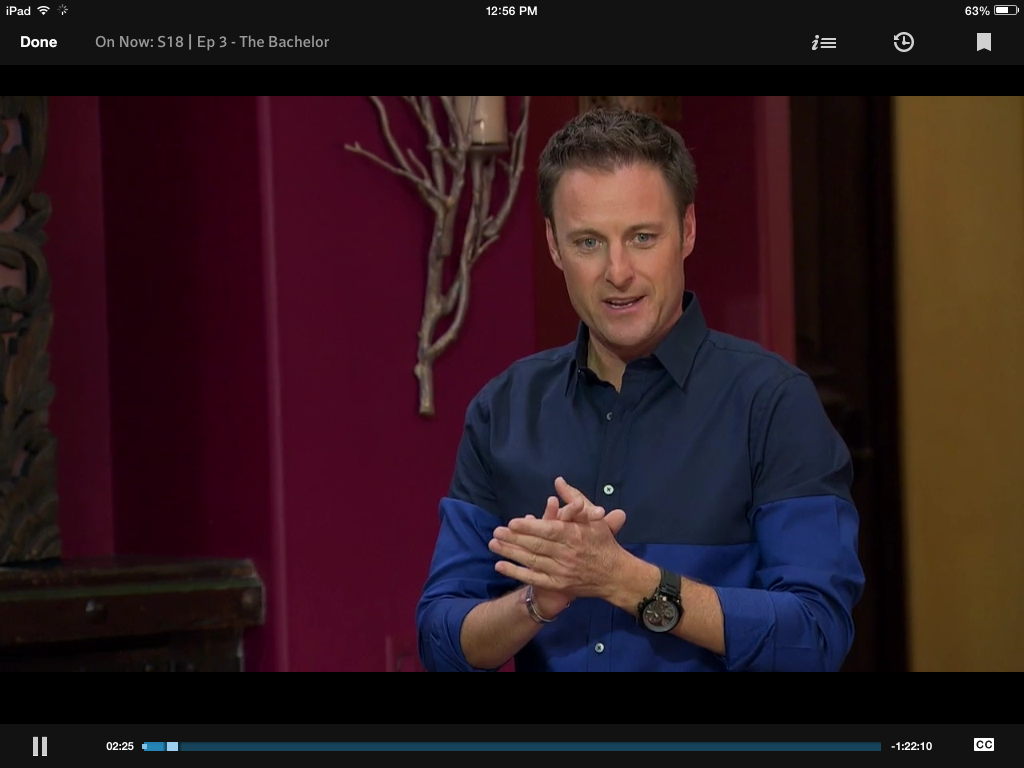 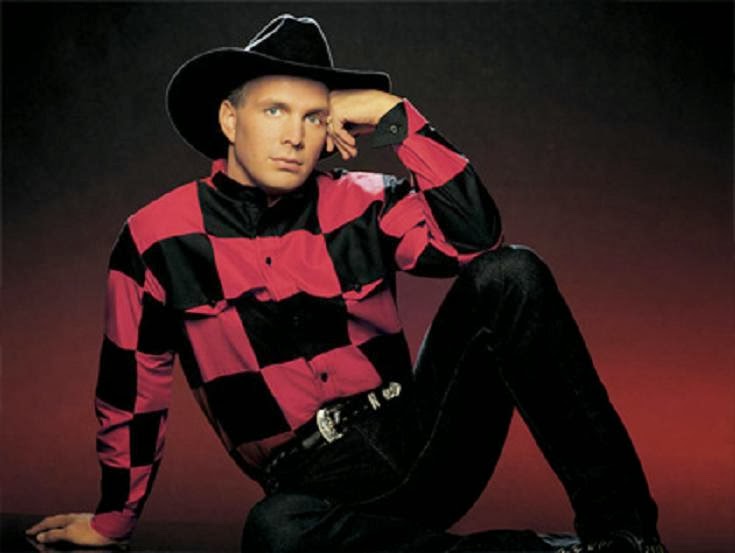 He lets Cassandra, the former NBA dancer, know that she is going to be going on the first 1:1 date.

The women start to speculate where she's going on her date.
An option that was thrown out?
A safari.
What would ever make these women think that a one day 1:1 date would consist of a safari?
An animal petting zoo.
Sure.
A SAFARI????
In Pasadena?
I don't know geography very well but I do know that's not a thing.
We show Juan telling Camilla to eat her chicken or else, and then send her off with his parents for his date with NBA.
She shows up and he tells her to hop in the largest Barbie Jeep I have ever seen. 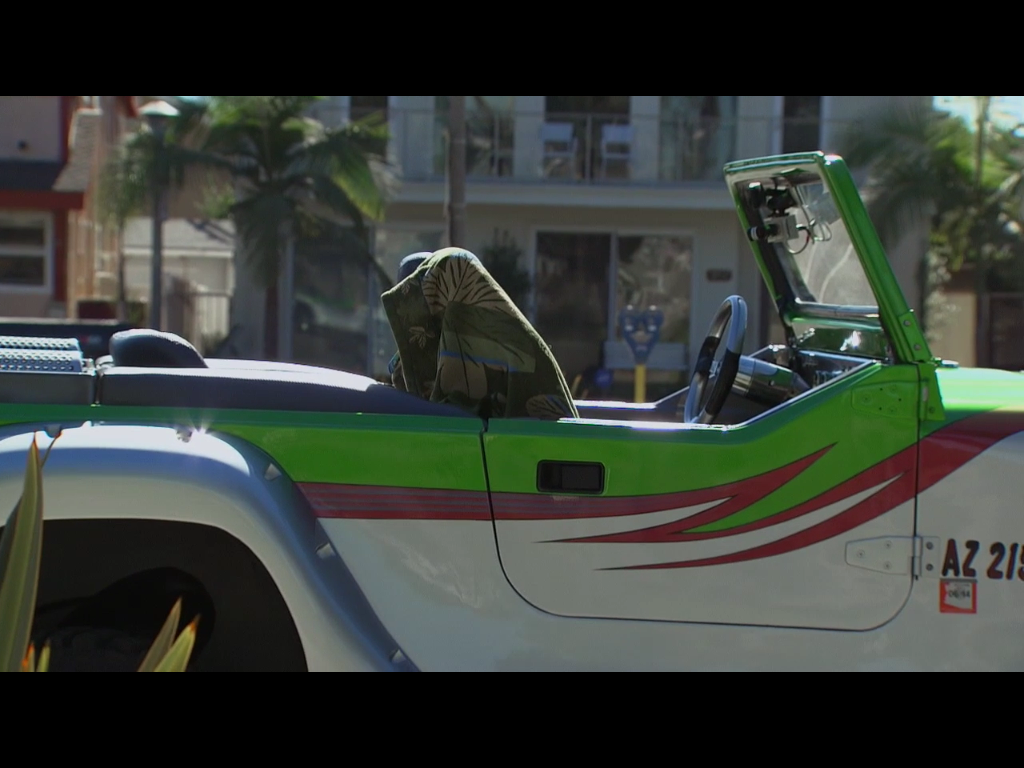 The whole time in the car NBA asked where they were going.
"A boat?"
"Climbing that tree?"
"Burger King?"
At one point she was convinced they were going on a yacht until JP drove that car straight into the water where it turned into a boat. 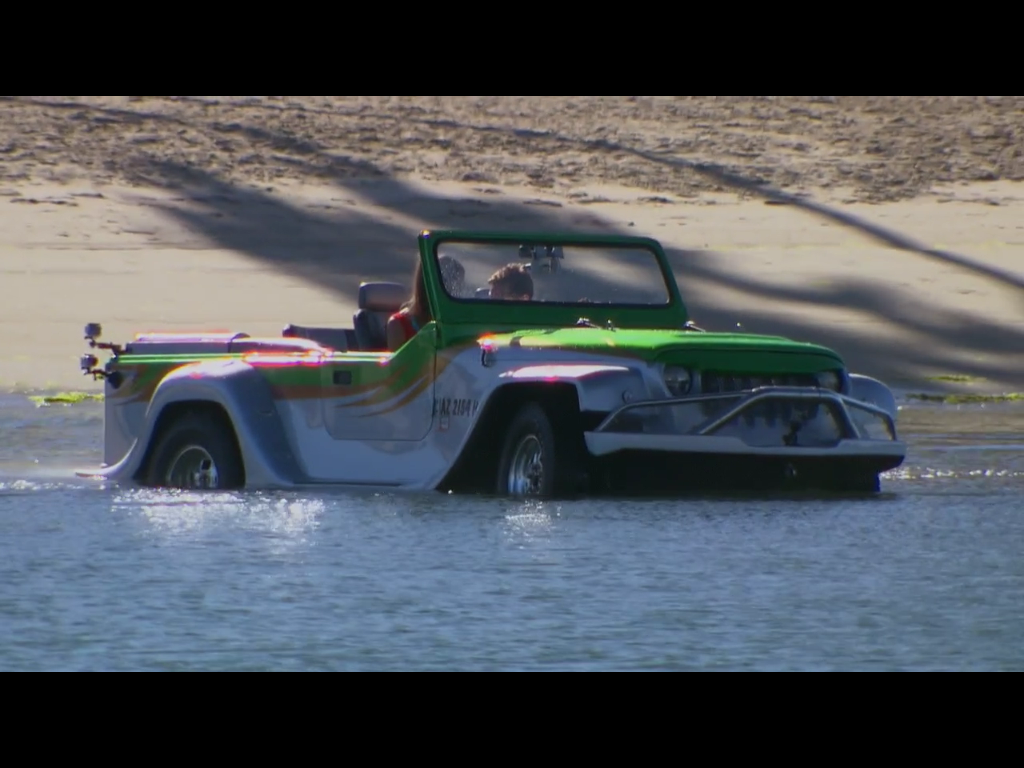 And he drove that thing around like a bat out of hell. 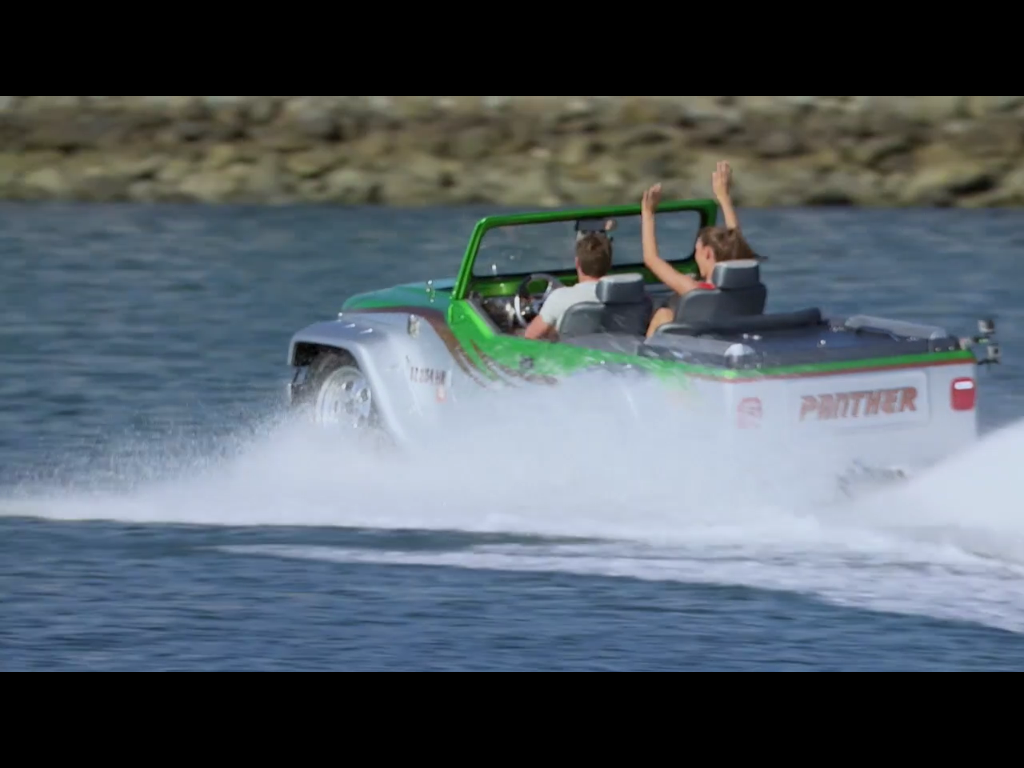 Later they go back to Juan Pablo's house and they look at Camilla's art work.
NBA continues to tell us she hasn't been on a date/looked at a man/felt like this because of a man/remembered what a man looks like for the past 3 years.
I'm assuming it's because she had a son 3 years ago.
Can't really get out there and shake your former NBA pom poms when you've got a baby hot and fresh out the kitchen.

They then show each other pictures of their kids.
She shows Juan Pablo this picture: 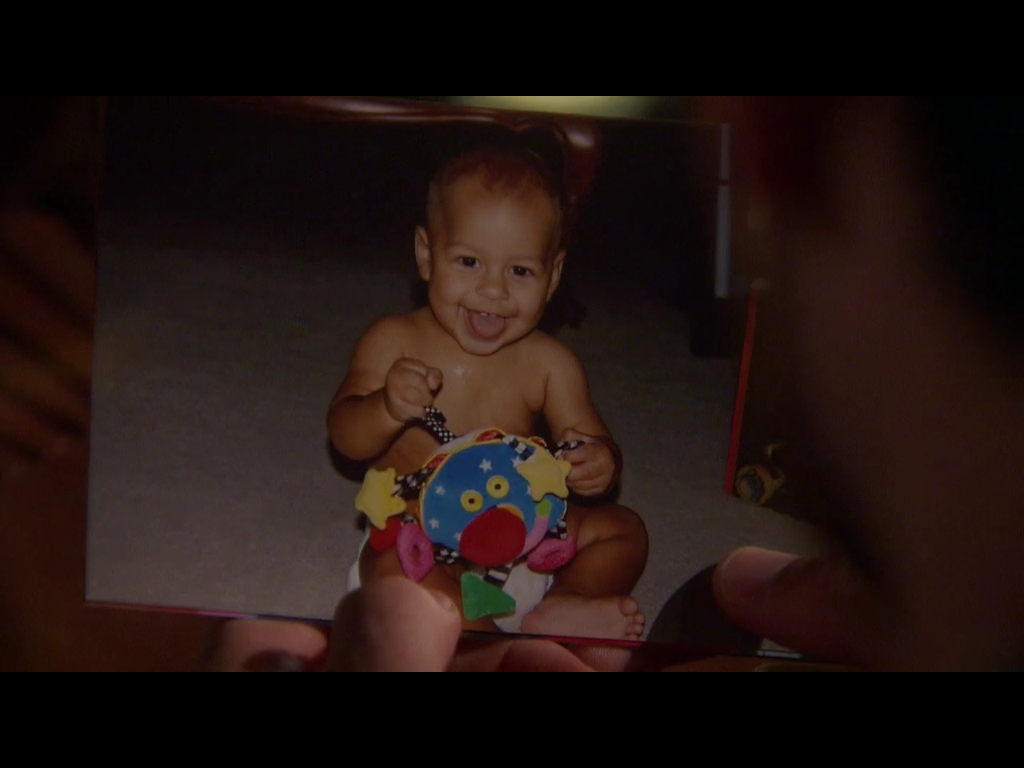 And he asks if he's in school yet.
Yep. He's in 7th grade Juan Pablo.

They continue to chat about seemingly nothing but she says the magic word, which was probably "the" and out came the rose.

She gladly accepted and I feel like if she doesn't get picked and Clare doesn't murder her, she's a Bachelorette contender for sure.

Meanwhile back at the house Elise is telling what is supposed to be a heart warming story about her mom. 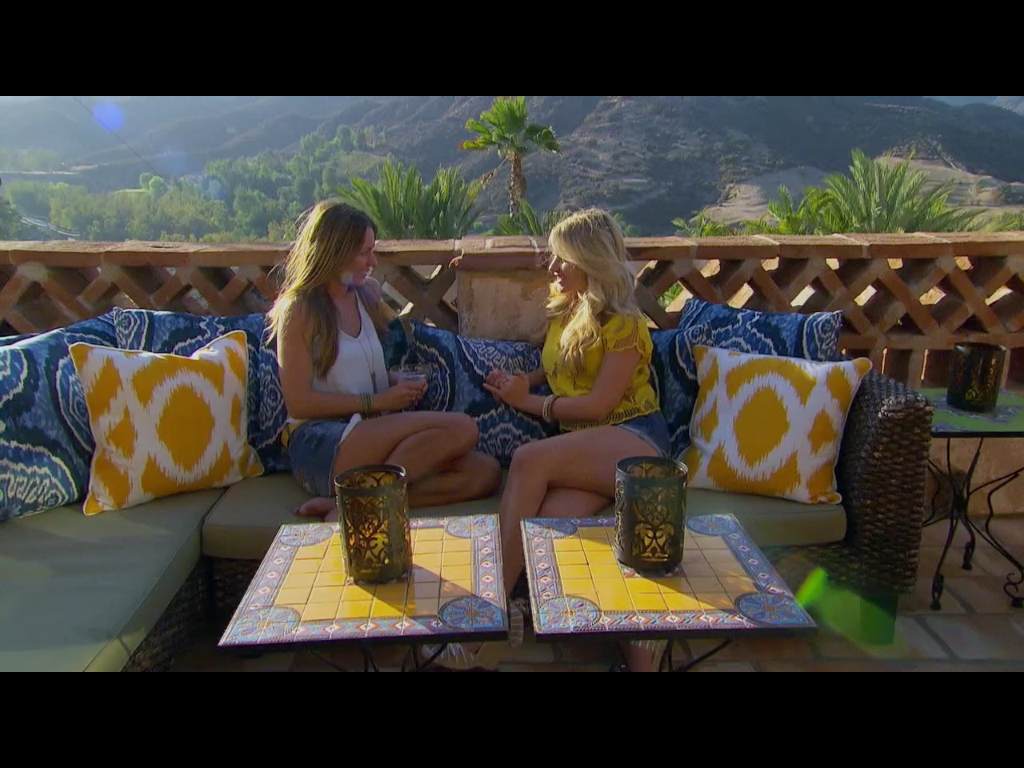 It turns into this long kinda shady monologue about how her mom wrote a letter to the producers to sign her up for the show.
I don't wanna be total skeptic, but is that even a way to get on the show?
I feel like most people send in a video?
She talked about the whole thing with very little emotion...almost like it was rehearsed for a pageant.
Not a fan.

After announcing the group date they flash to Clare who says that, "it's weird kissing someone who you know is kissing other people."
Yeah girl...it is weird. Not to mention, that's how mono spreads.
It's not safe.

The group date consists of them playing soccer at the Galaxy stadium against each other. 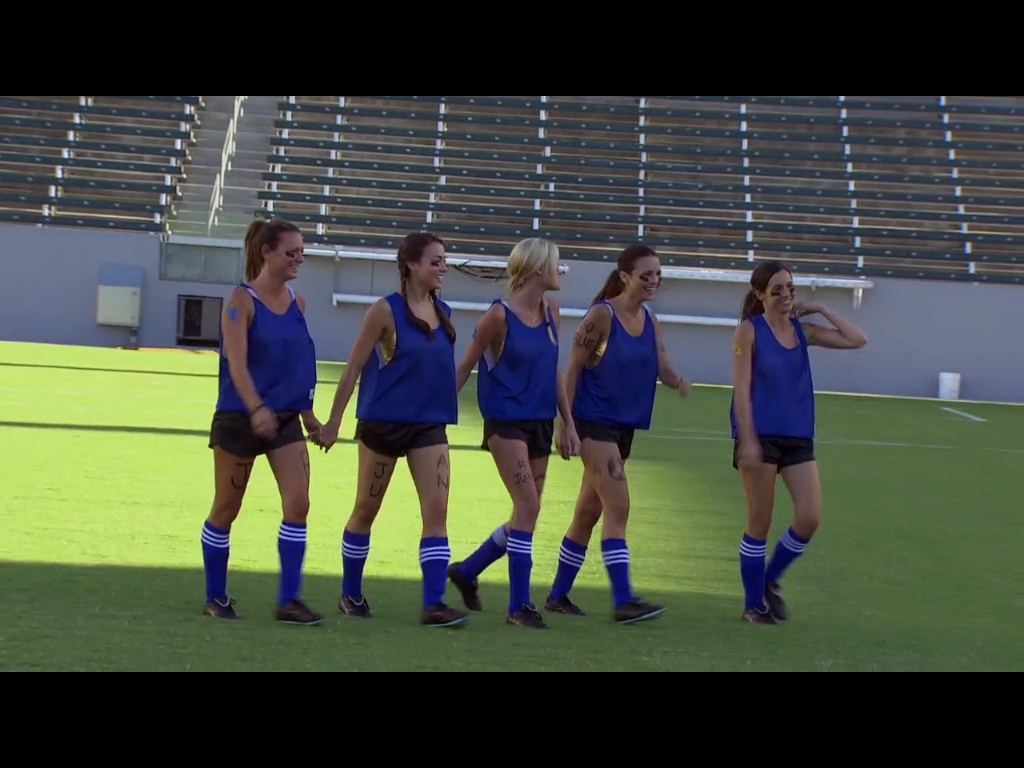 The group date is very...group datey.
Charlene got creamed by the soccer ball several times and took it like a champ. 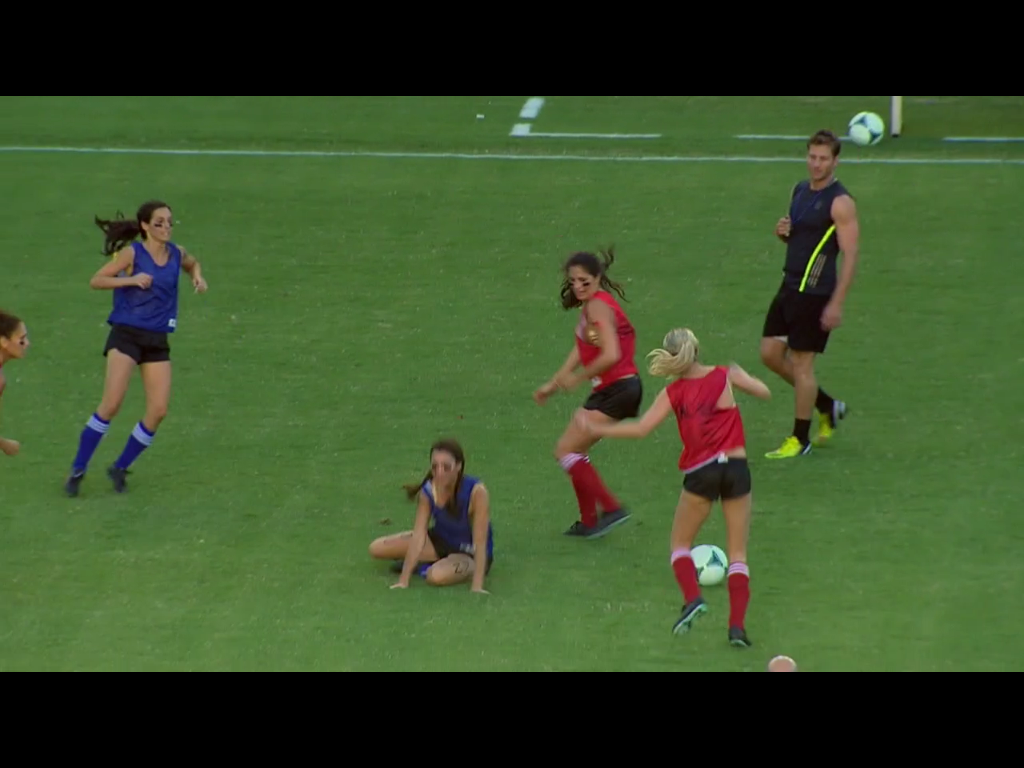 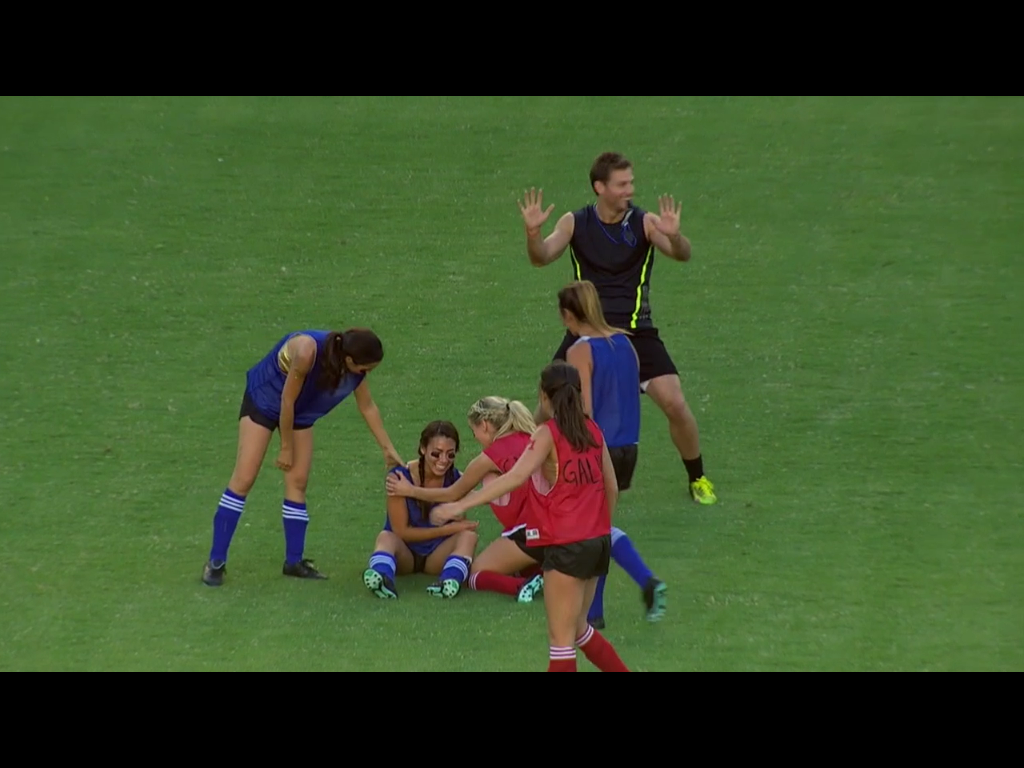 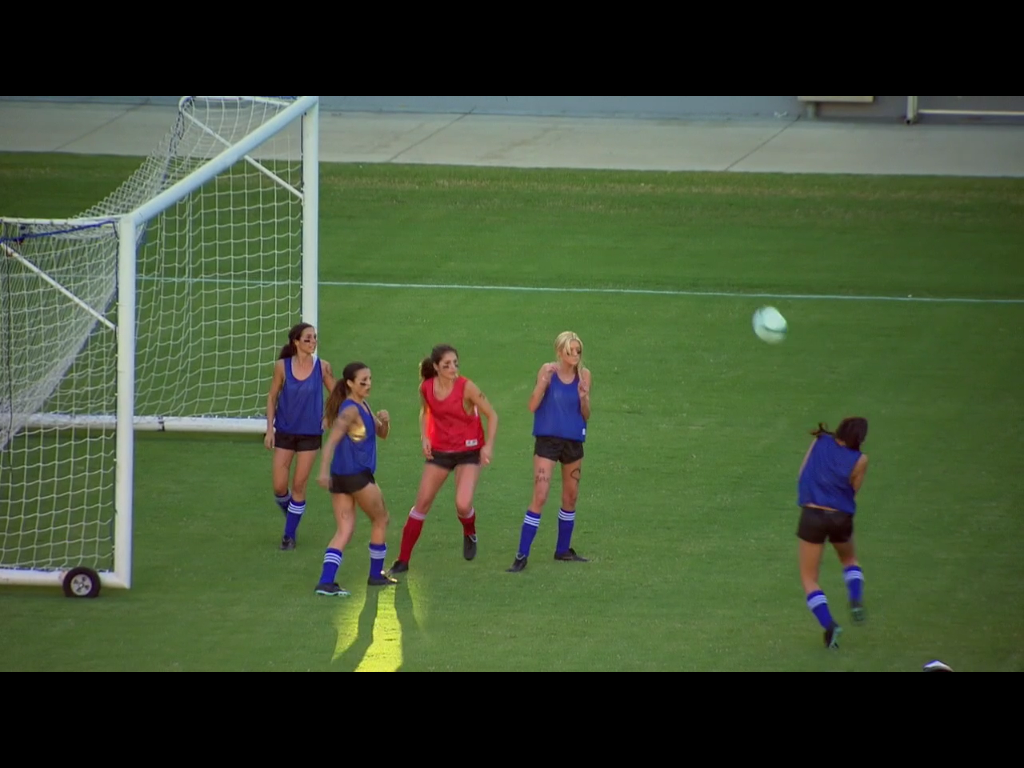 I'm not going to lie to you: every time she fell or got hit I giggled.
I'm not proud but I just want to be honest.

Later he takes the girls for 1:1 time and makes out with a few of them.
Then they all see him making out with Charlene, wearing a pretty scandalous backless dress in the middle of the field. 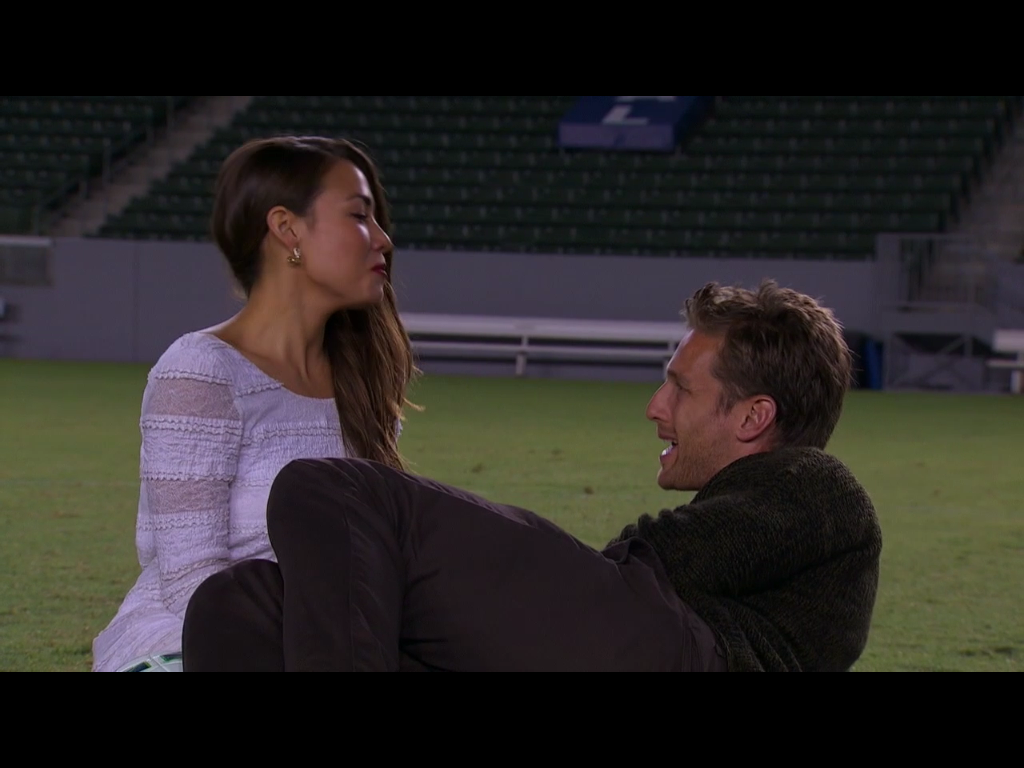 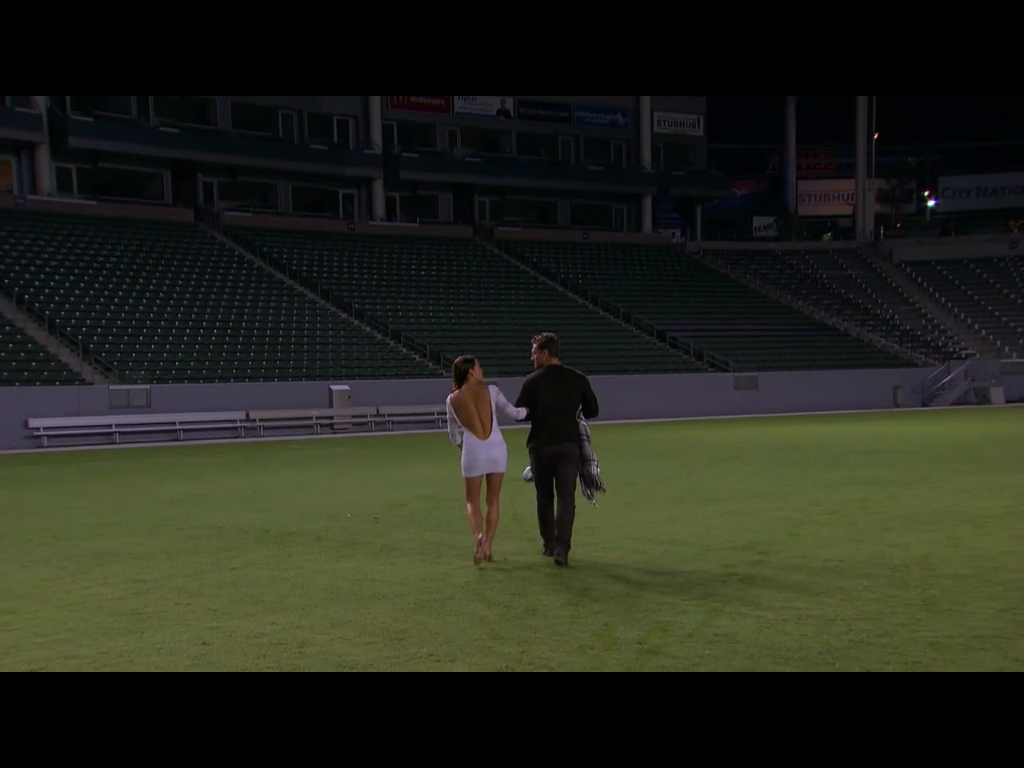 If the Bachelor wasn't so full of family values...I would be offended.
J/K this show is a joke.

After sucking at soccer, but being pretty decent at tonsil hockey Charlene is positive that she has the date rose in the bag.
Shocker -- it goes to Nurse Nikki.
All the girls that gave a little up were offended but ended up sharpening their claws for the rose ceremony.

Meanwhile back at the house Elise from Forty Fort, PA is talking to everyone in the house who will listen about how the 1:1 date card is for her.
She keeps saying how she doesn't think that Chelsie is ready to be a step-mom and only sees her as a child.
When I say she just kept repeating that Chelsie was a little baby, it got to the point where I questioned whether or not Chelsie was carried into the mansion in a Baby Bjorn.

When Elise was told that Chelsie was only a year younger than her, she went dead behind the eyes, regrouped and began chanting her next learned phrase,
"This date card mine."

LOL.
It went to Chelsie.
So naturally Elise took the graceful loser route by saying,
"I guess it just wasn't meant for me..."
No girl.
It definitely wasn't meant for you.
The name said Chelsie.

The next day Juan Pab picks up Chelsie.
They are dancing and he's singing to her in Spanish. 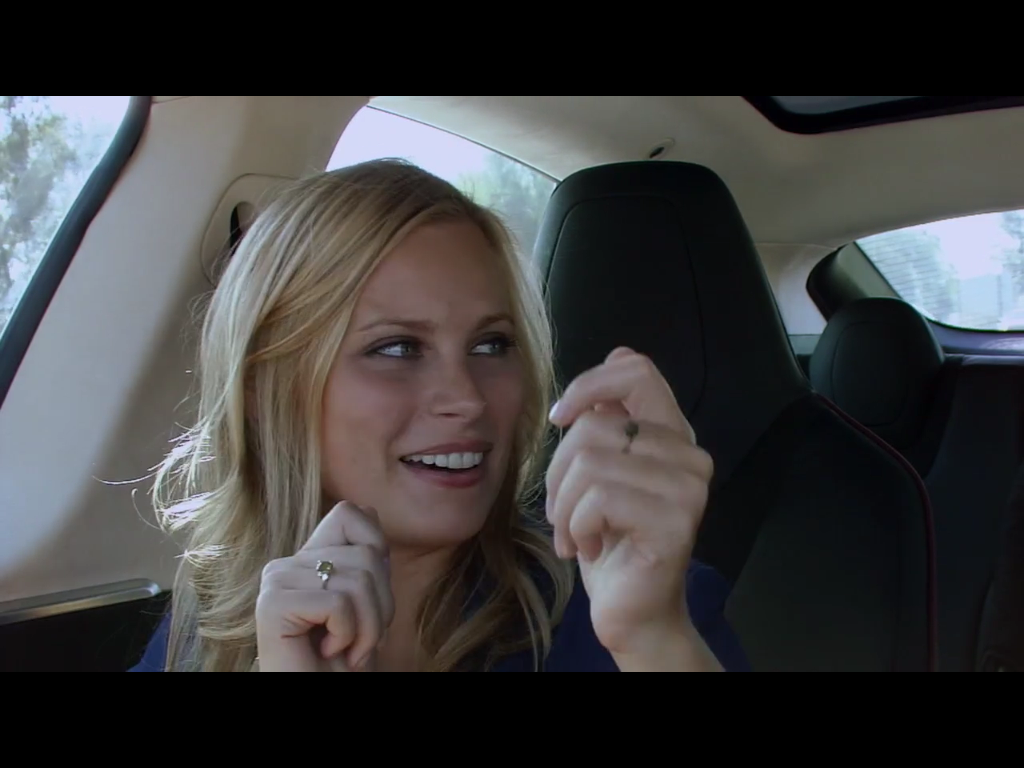 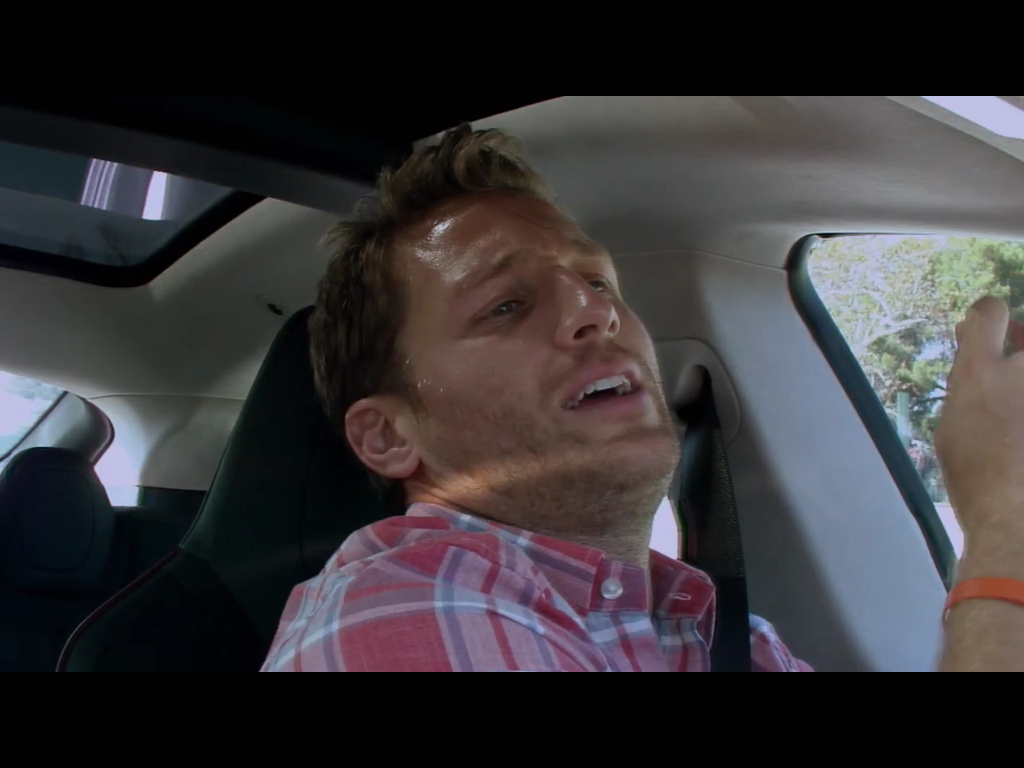 I don't know if you know this about me, but I HATE when people sing to each other.
Hate it.
It makes me so uncomfortable.
If a dude ever wrote me a song and tried to sing it to me when it was just the two of us, I would get up and leave the establishment.
So clearly watching their interaction made me want to melt into my chair.

When they arrive to their destination it is announced that they will be bungee jumping together. 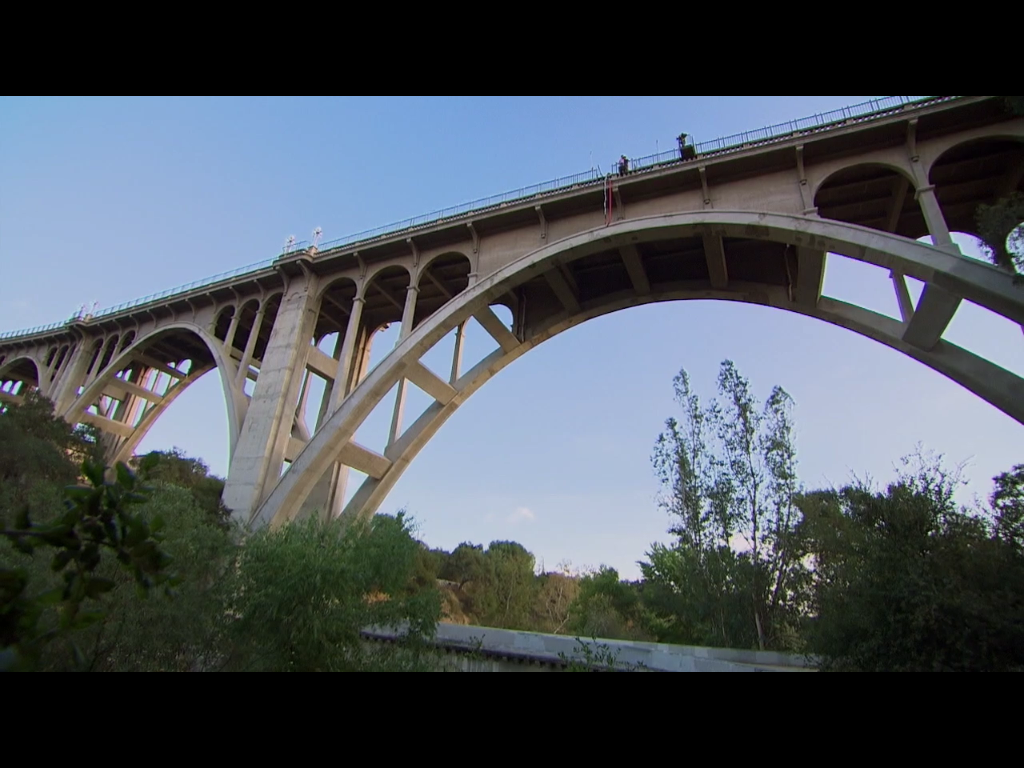 That's when Chelsie freaks out for the next 10-15 minutes of the show. 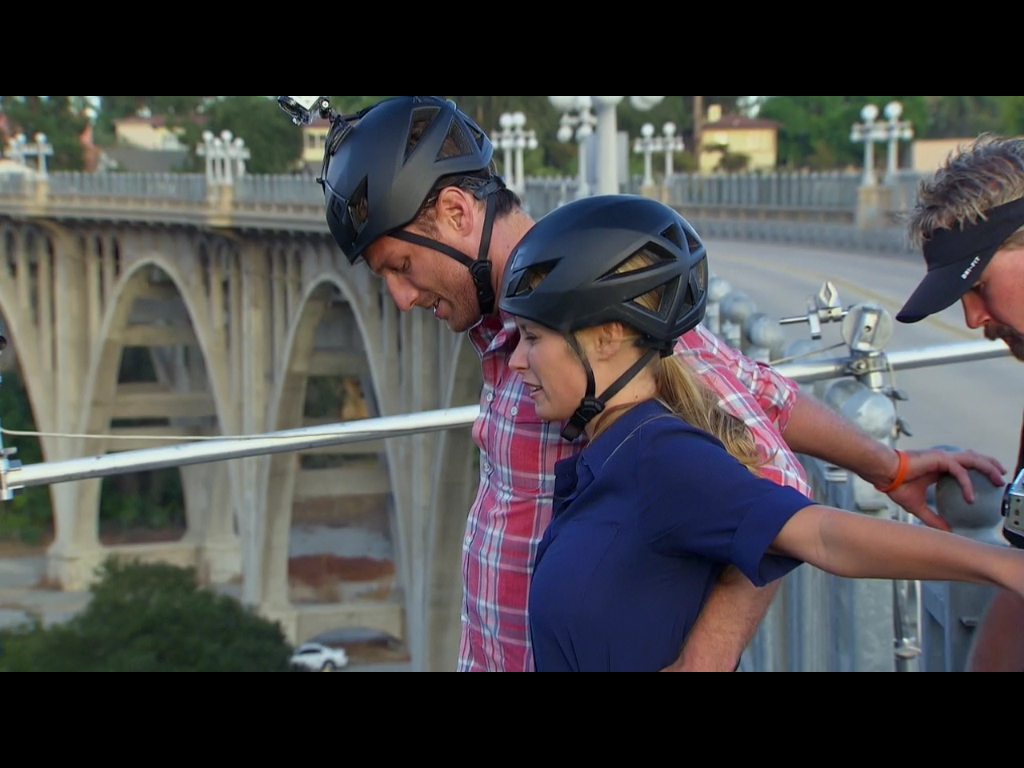 Juan Pablo finally talks her into taking the plunge. 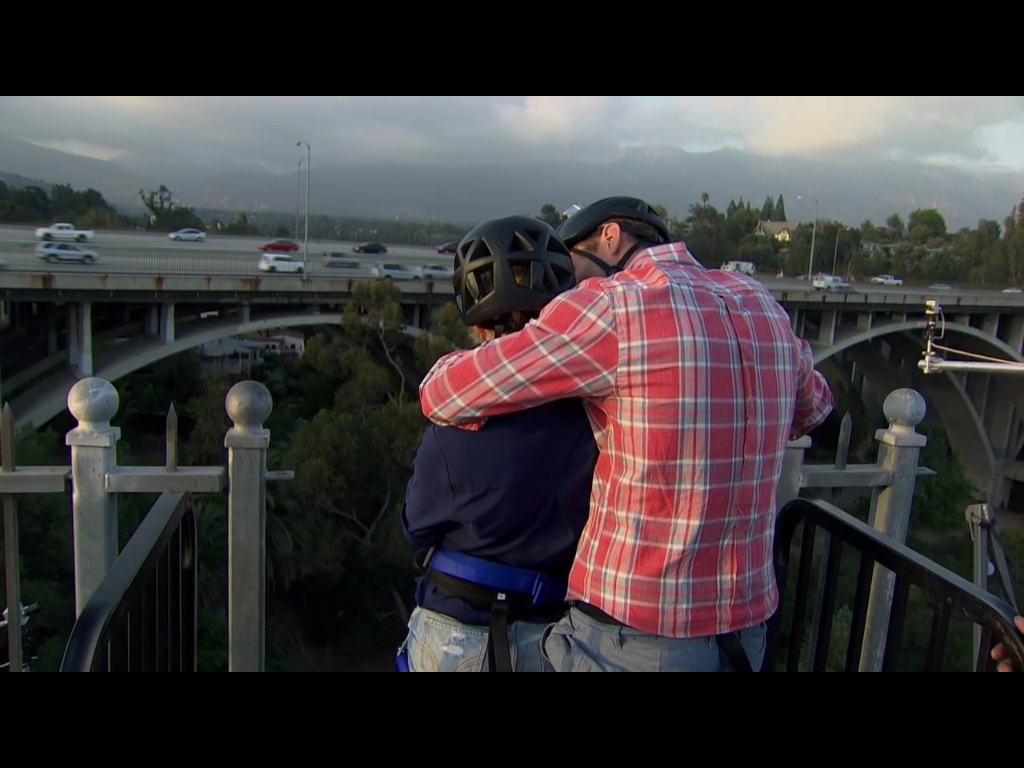 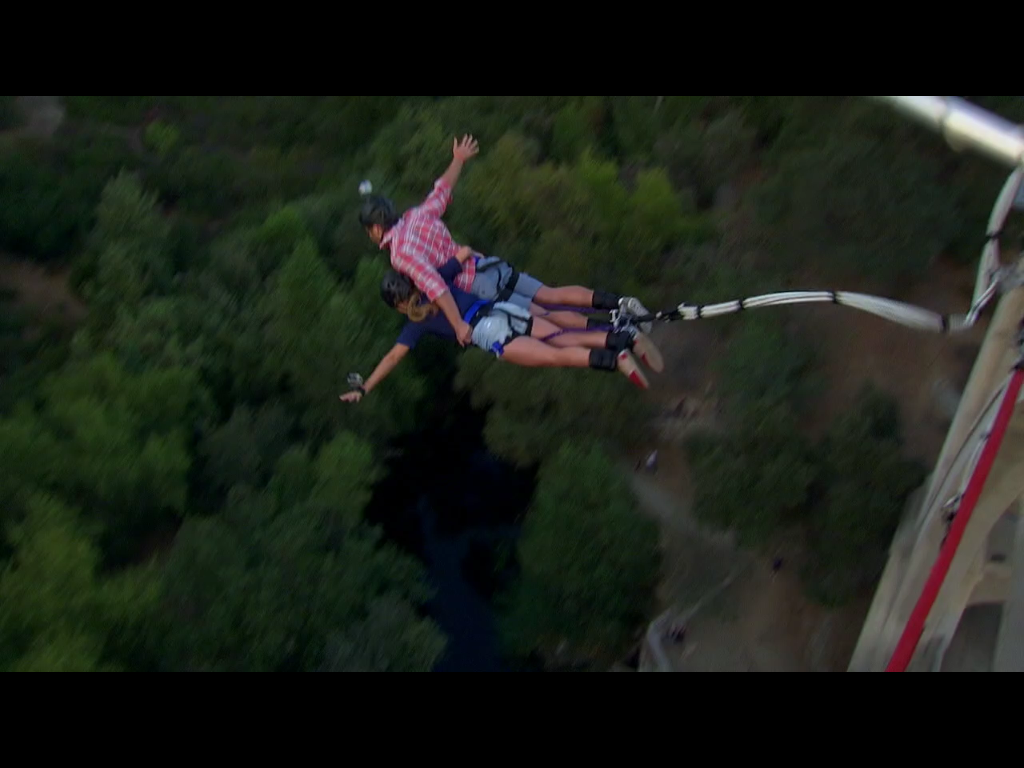 Then, realizing that the Spider Man upside down kiss needed to make a comeback, they proceed to lock lips for a few. 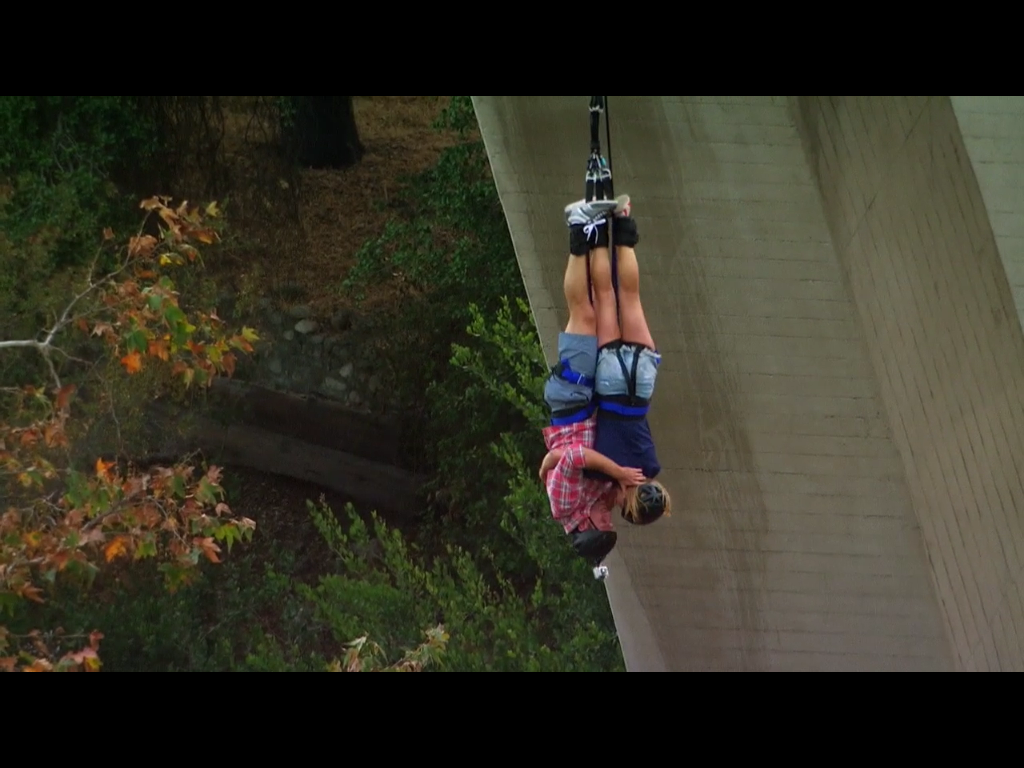 I admire both of them for not peeing their pants and having sound mind to be able to kiss at all.
I would have a serious tears and boog situation going on that would not warrant even a butterfly kiss.

They then frolic to dinner and have a great time.
She gets the rose and they have a SURPRISE concert with Billy Currington ( who I happen to love.) 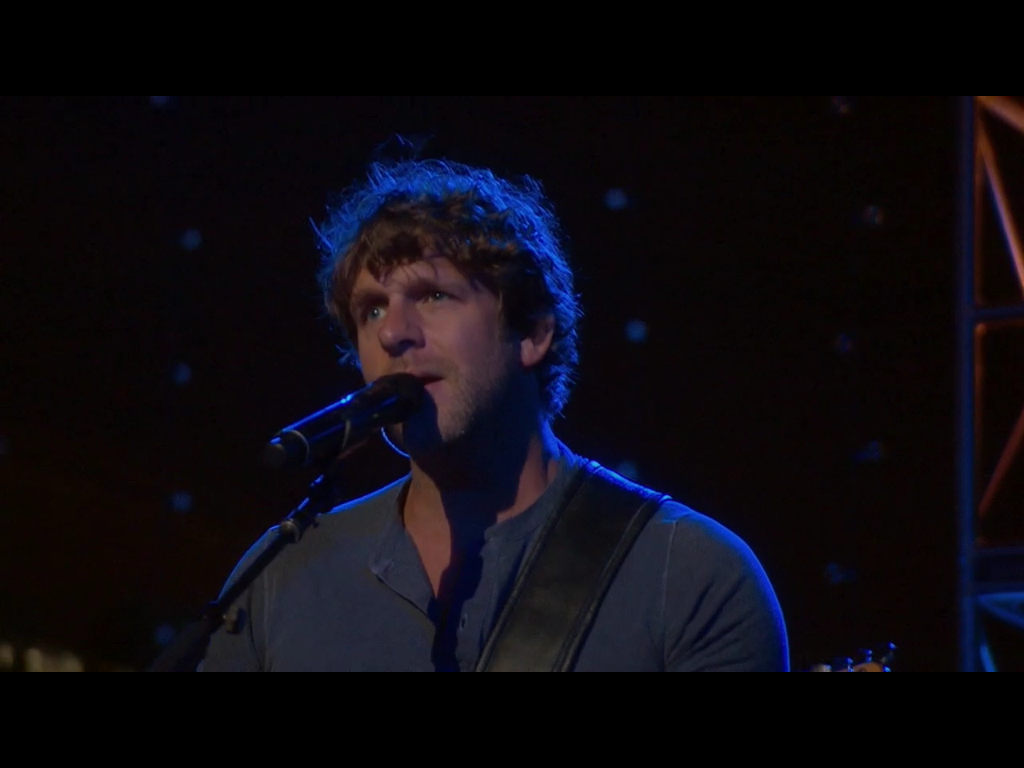 Chelsie says this is the first date she imagines she would have with her husband.
Juan Pablo calls her "a keeper" and "wifey material."
I boo their young love from my couch.
The next day Juan Pablo sneaks into the house to make them a Venezuelan breakfast.
The Dog Lover comes down with my main girl Molly, and essentially ignores him.
Her reasoning?
Her grandmother always told her to never let a man see her without her face on.
Uh...sorry future boyfriend.
When I wake up in the morning I look like a straight up beast.
You.are.welcome.
Meanwhile other girls roll into the kitchen and are so sweet.
Roller Mom as usual is my fav and was so nice to see.
I kinda hope she doesn't get picked so that she can be the Bachelorette.
She just seems so normal.
I love it.
Elise sees him cooking as a chance to have 1:1 time. 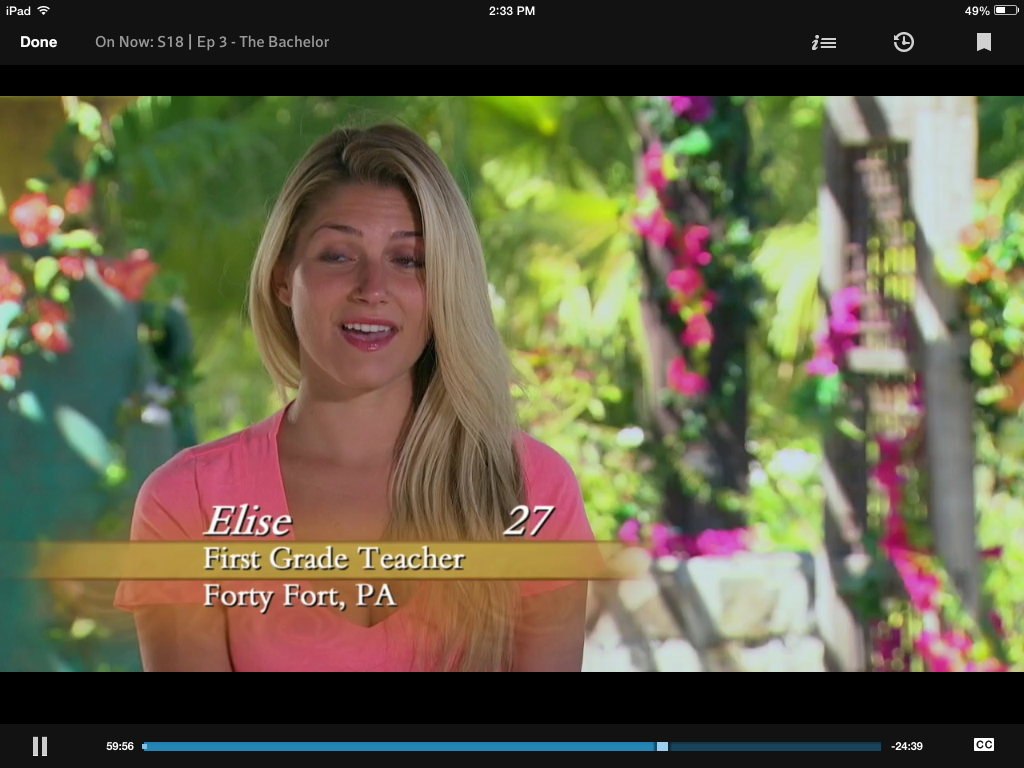 I remember nothing of their conversation.
Molly got in on the breaky action 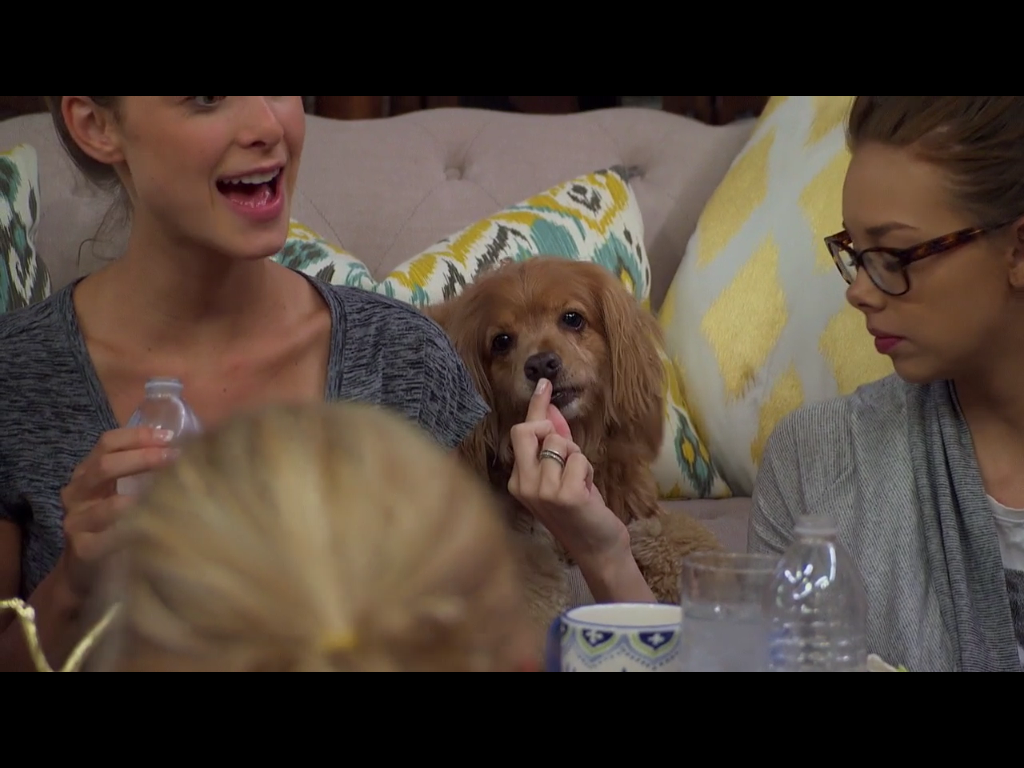 and complained zero times about not getting a 1:1 date.
Her down to earth personality is really winning me over America.

Juan Pablo then tells the women that there's not going to be a cocktail party before the rose ceremony there's going to be:
A POOOOOOOOL PARTYYYYYYYY!

Holy boobs y'all.
Those women brought some skimpy bikinis.
And Andi's one piece? 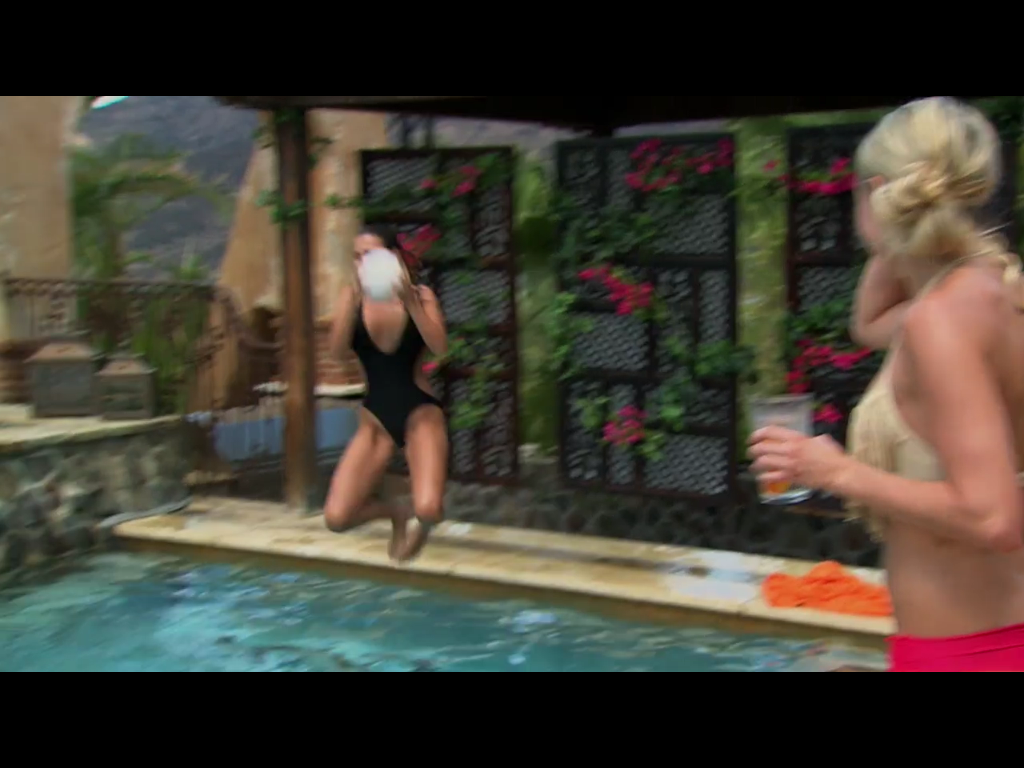 Not an actual one piece.
For your clarification Andi, a one piece, covers all of you.
Much like a scuba suit.
That, my friend, is a cut out singlet.

Kat says that she has to position herself well, and naturally climbs right on his shoulders to play chicken with the women. 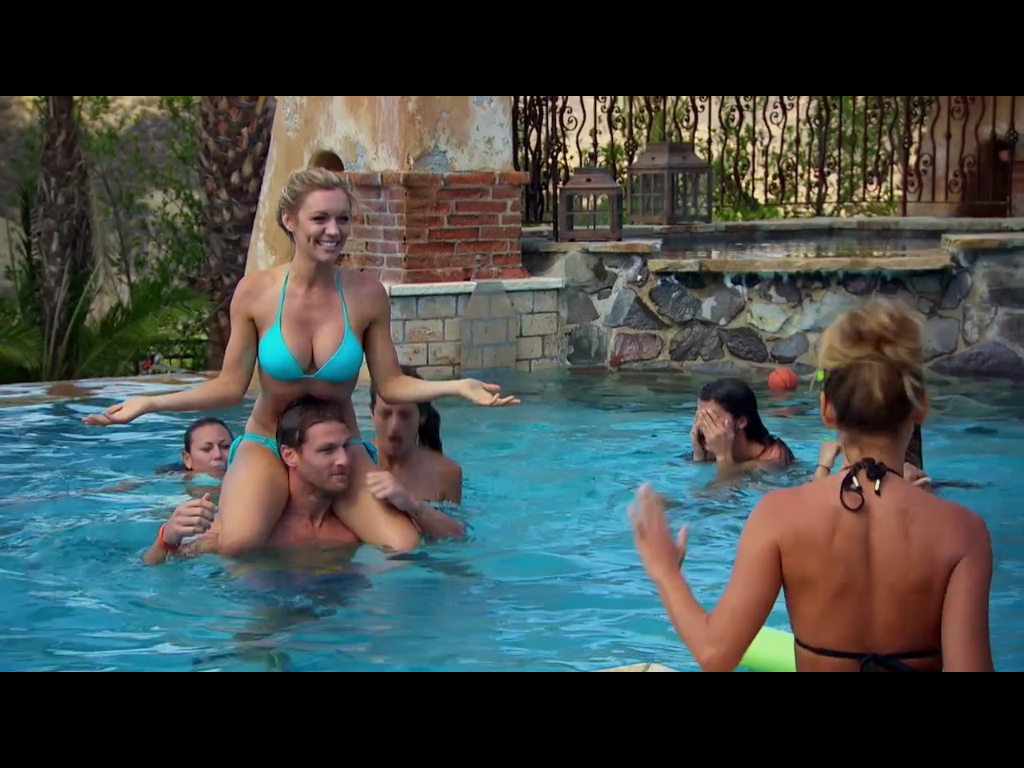 Of course, everyone loves that and recommends that Kat join them in a game of Marco Polo in the deep end of the ocean. She monopolizes a lot his time, which sends Clare into a frenzy.
Clare starts crying and says she's confused. He's kissing her one minute and then doesn't talk to her or say "thanks for the date" for a week. At one point I think she says, "He can at least let me know he's coming back for me in a week and a half."
Is that an appropriate thing for a dude to say?
I feel like maybe I'll call you in a day or two is cool.
But a week and a half?
He can have a whole new family by then.
Her weepfest grabs Juan Pablo's attention as per usual. 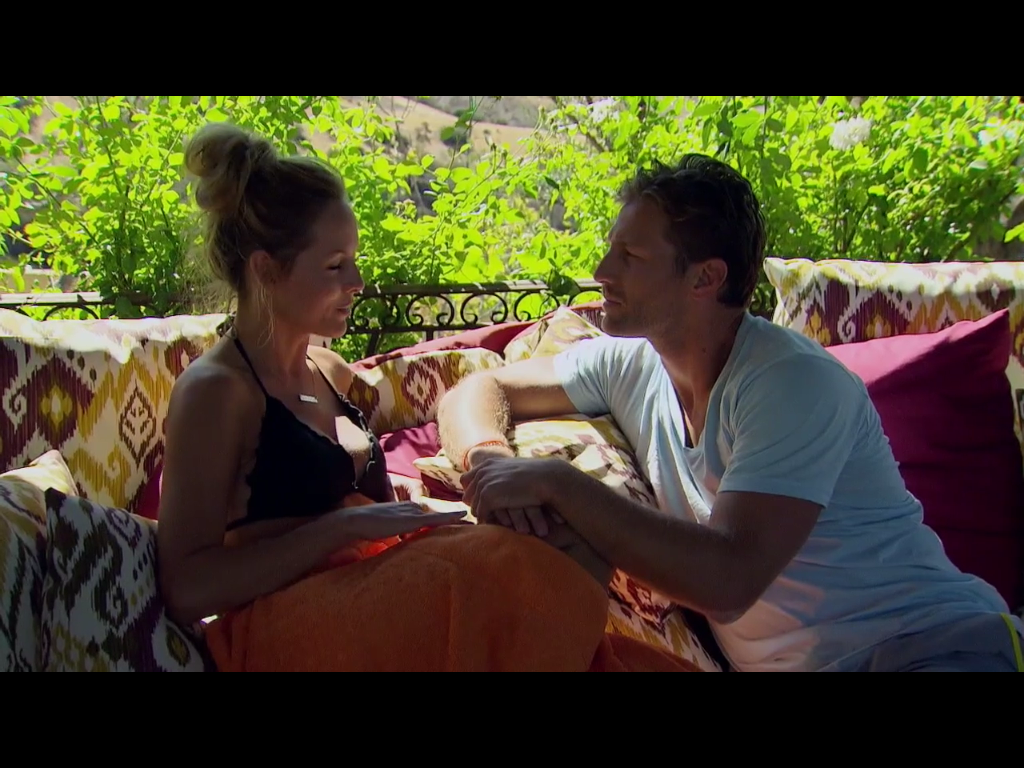 He reminds her that he likes her and wants her there.
That seems to satisfy her for awhile, and you see her slowly slip a piece of broken wine glass back into her bikini top for the next outburst.
Charlene cries, so Juan Pablo sprints to her and they make out a ton.
Is it me or are these girls super needy?
They all seem shocked that he makes out with all of them, and that he's literally wrangling the feelings of 15 women who live in the same house.
People on "Lock Up" have a sweeter deal.


The rose ceremony is super uneventful and I literally can't remember who any of the women are that went home.
Except for free spirit Lucy.
Her time with us was short, but she let us know that leaving was so hard.
She cared so much already.
Let's all pour a little chia seed out for our hippie.
We'll never forget you girl.

Next week they start traveling and the opening of the preview was Charlene standing alone and singing opera.
So it's going to be AWESOME.
It looks like Clare really starts to lose it which I'm looking forward to as well.

What do you think?
Are you done watching this season?
Are you still intrigued by those crazy broads?
Tell me everything!