Have y'all read that article about the 8 year old girl Sunnie who was kicked out of her Christian school for being too much of a tomboy?

Unfortunately it was in my home state of VA where this happened, and yes you read that correctly.
Because the school couldn't tell right away whether or not she was a girl or a boy based on her preference for wearing jeans, t-shirts, and short hair she was kicked out of school.

They also sent a letter home that said they were allowed to kick her out because she was living a life that contradicted the Christian lifestyle.

I'm in no way even trying to tackle that statement because....woof.
But let me just say that 8 year old me and 8 year old Sunnie have a very similar fashion sense.
Instead of Pittsburgh Steeler shirts, I used to wear Green Bay Packer shirts.
People used to tell my dad he had a handsome son.
I used to have LITERAL meltdowns when my mom told me she was taking me jeans shopping, because all I wanted was to wear tear away pants...even though I played zero games of basketball.
I also loved(love) professional wrestling but also wrote to Jonathan Taylor Thomas everyday for months.

It was all a part of me growing up.
You like what you like when you're 8.
You're figuring things out.

I'm sure my public school wanted to kick me out because, why wear overalls so much Ashley...why? 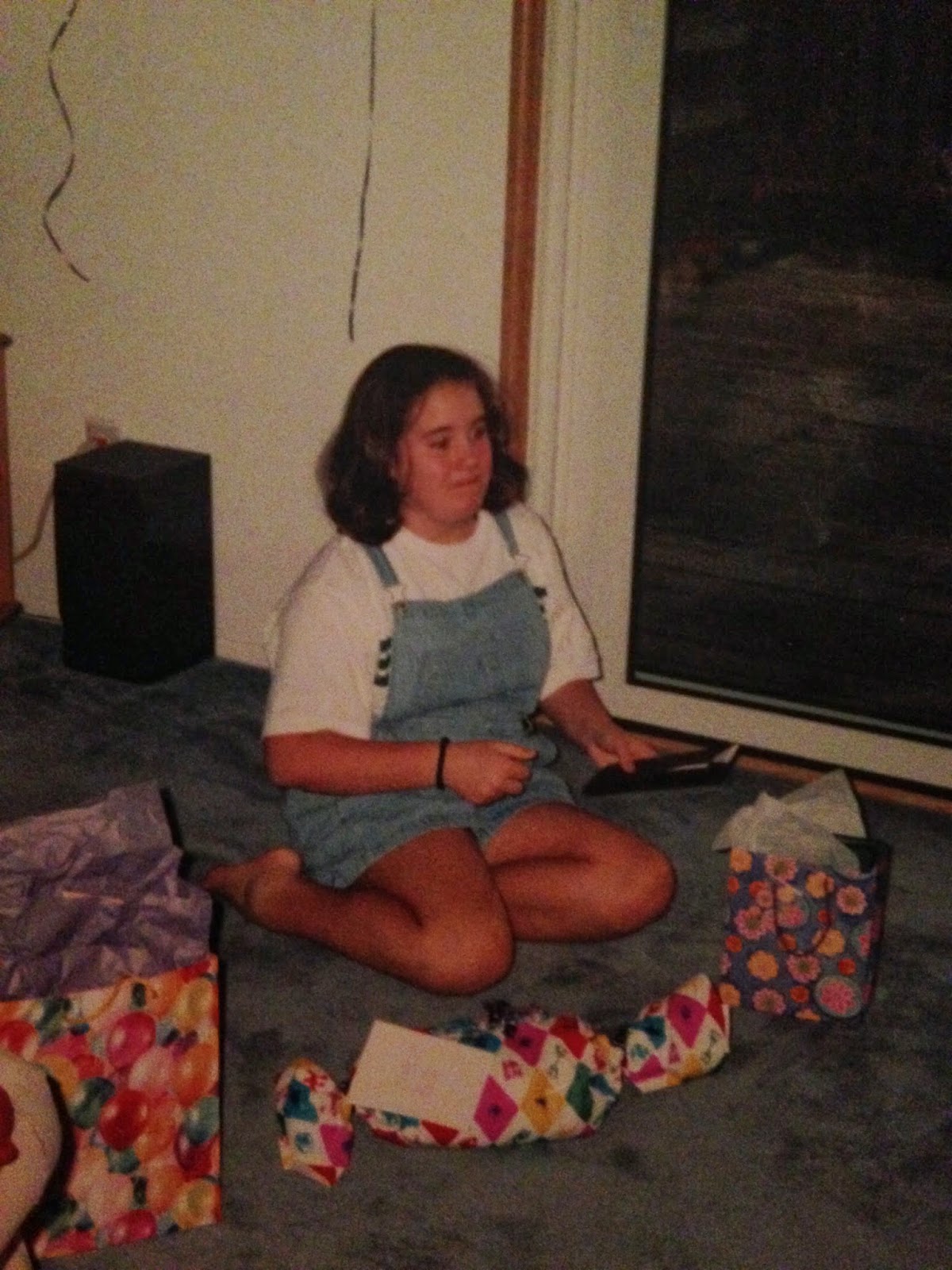 And the plaid...oh the plaid.
I spent much of middle school channeling my fashion icon Al Borland from Tool Time.
But those years helped me form a sense of humor.
I know that the real issue is much deeper than just going Sunnie dressing how she wants or even going through an awkward stage.

The people at that school should be truly ashamed of themselves.
They are implying that there is something wrong with a young kid expressing themselves however they choose.

She likes what she likes.
She wants to learn.
So let her.

For Sunnie's sake I hope she keeps living her life however she wants, because:

1. You can always say "I used to have a mullet" when people ask you for a fun fact.
2. She has kick ass hobbies.
3. One day she's going to be running the show, and look damn fly doing it.
Whether that's in a dress, suit, jorts, footie pajamas, or "Space Jam" tearaway pants.

You go Sunnie.
You go.