Tomorrow is the day y'all.
"The Bachelorette" comes back into our lives and I can't effing wait.

ABC released who the cast is last week and I thought I would give my thoughts...
because who doesn't want to know my opinion based on my judgement of dudes faces?

Andrew:
Looks like he farted and the people behind the camera just got a whiff.
His favorite foods consist of things that my niece would proclaim as her favorites as well.
He seems like a dude who would hold up his hands to show "how many" he was when asked his age. 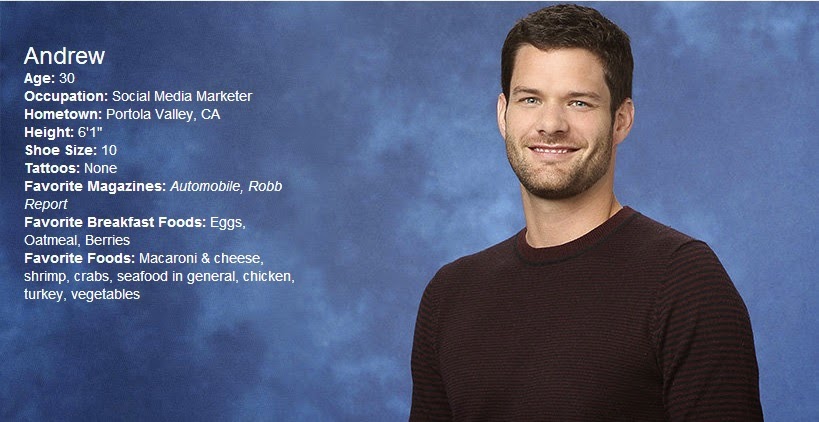 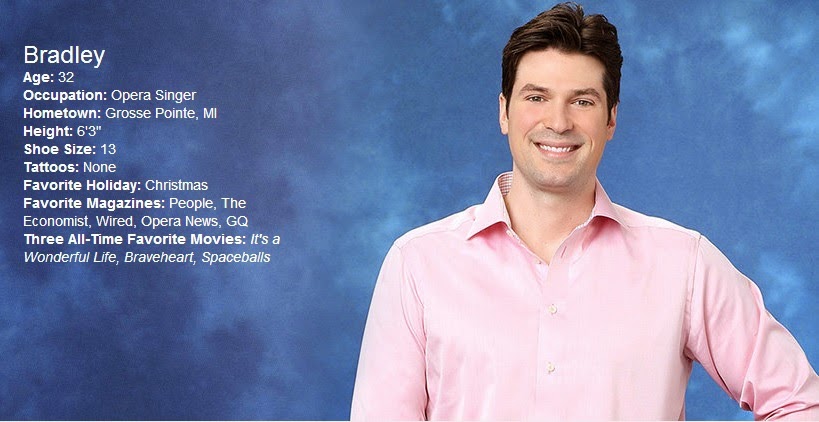 Brett:
Has a rat-tail/mullet situation so naturally I identify with him.
He also looks like Ryan from Emily's season.
I see him as being a bad boy type, but Andi will like him because she values a man who can keep her layers and hombre on point. 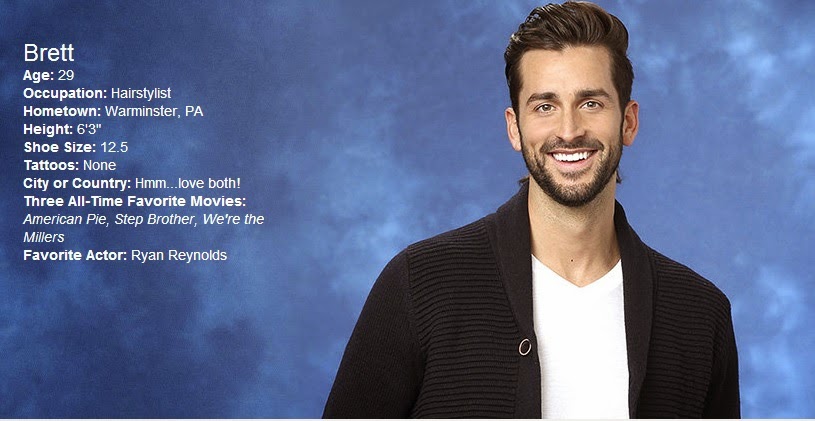 Brian:
One of his favorite movies is "Heavyweights."
He gets my first impression rose. 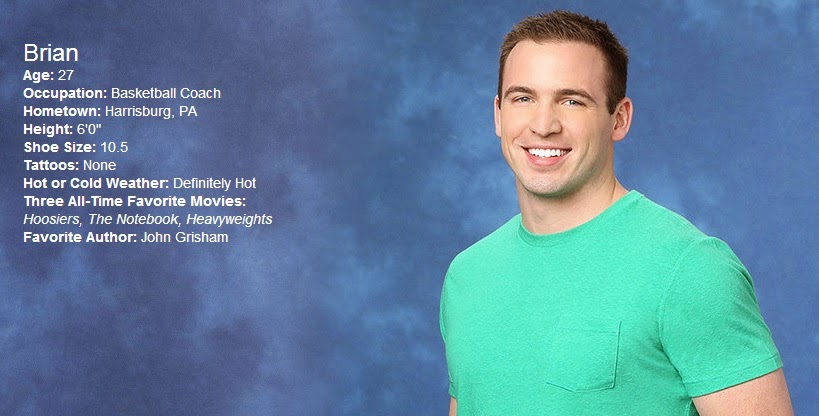 Carl:
My friend has a dog named Carl therefore I can't take him seriously. 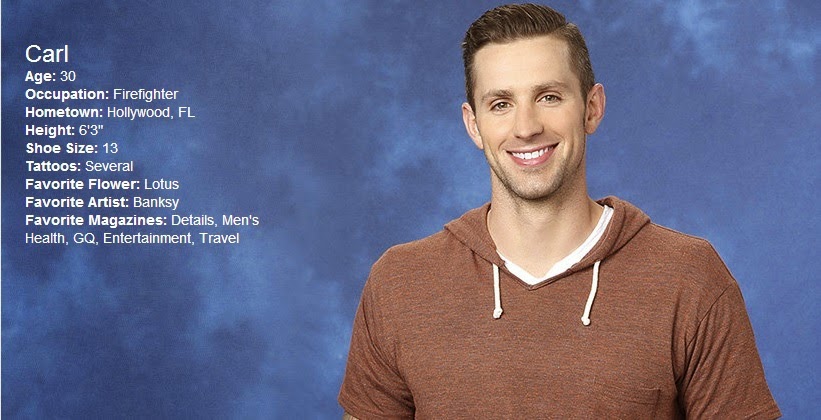 Chris:
I think this guy ate Brad Womack
I expect a lot of FarmersOnly.com jokes with this one. 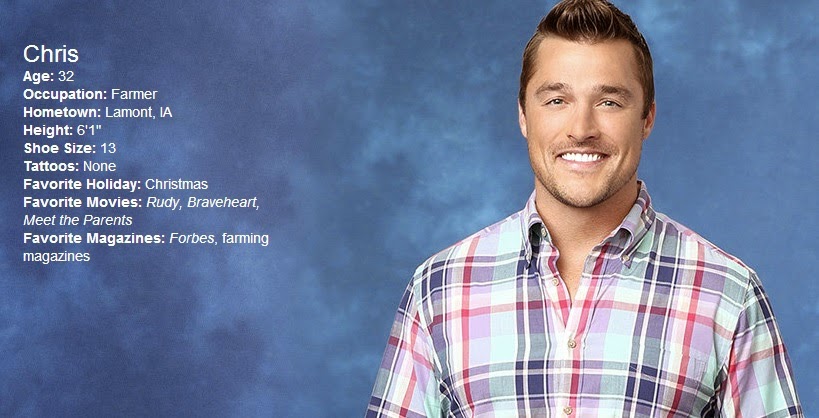 Cody:
If Sean Lowe tanned a lot and was part troll, he would be Cody's twin. 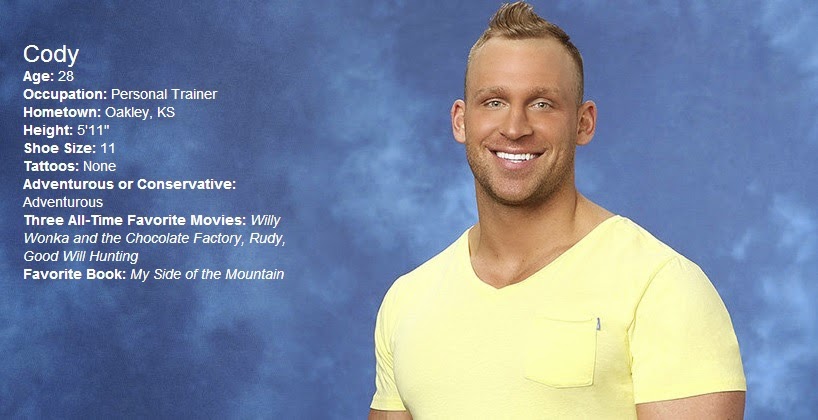 Craig:
Is from Defiance, which is where crap went down on Scandal, therefore I"m intrigued by him. 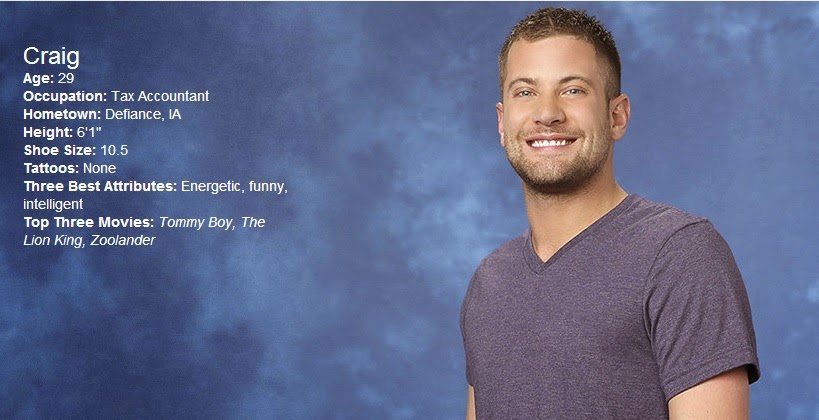 Dylan:
His bangs are not appealing but dammit do I love Connect Four. 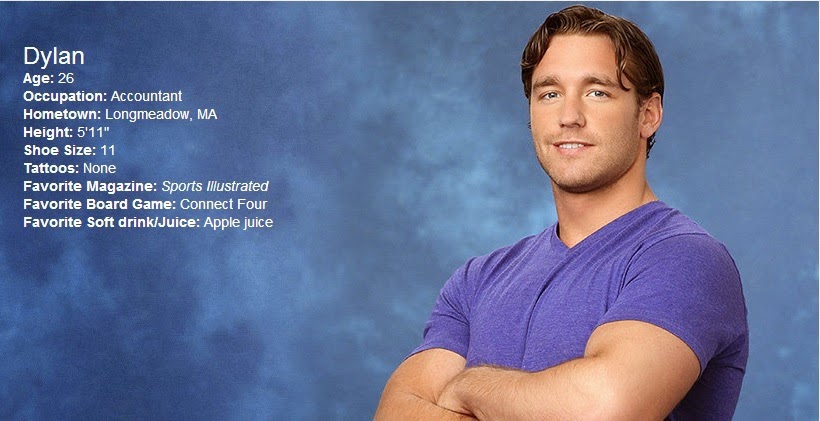 Emil:
HE IS A HELICOPTER PILOT.
THIS SHOW WILL WRITE ITSELF.
I swear to all that is holy, if he gets out of the limo with a remote control helicopter I will lose m'mind.
Other than that he has no redeeming qualities.
See: twerking is his favorite dance move. 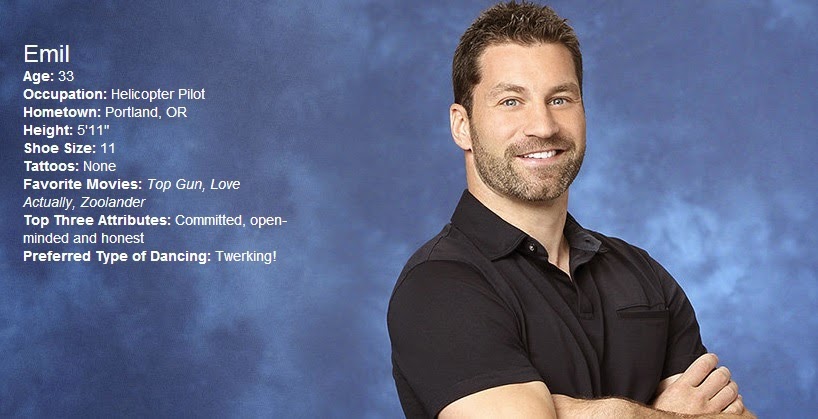 Jason:
Looks like quite a few Lifetime movie murderers. 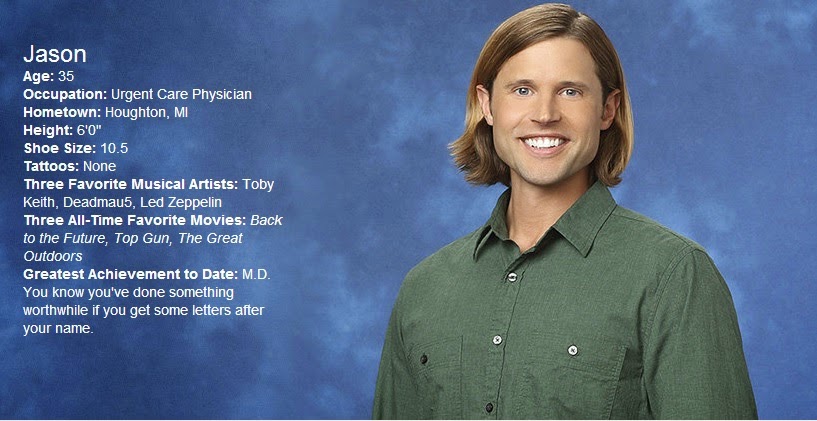 JJ:
I don'tk now what a Pantsapreneur is but he is my favorite.
Also he's workin' that sweater. 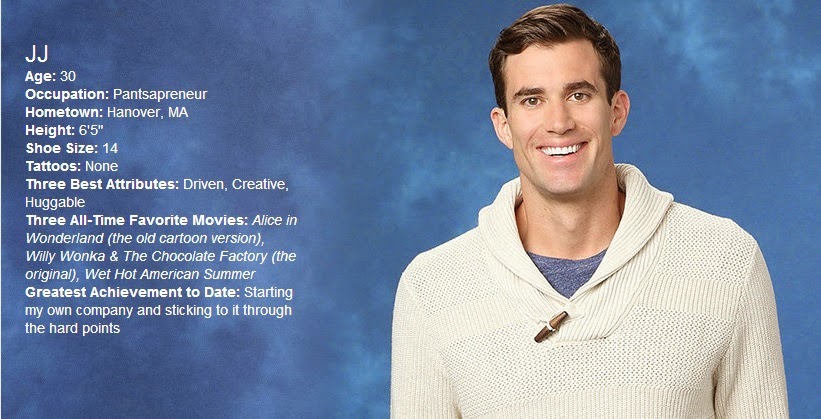 Josh B:
He ran a marathon so I'm immediately uneasy.
I don't want him to take her on a "running" date.
Those give me heartburn. 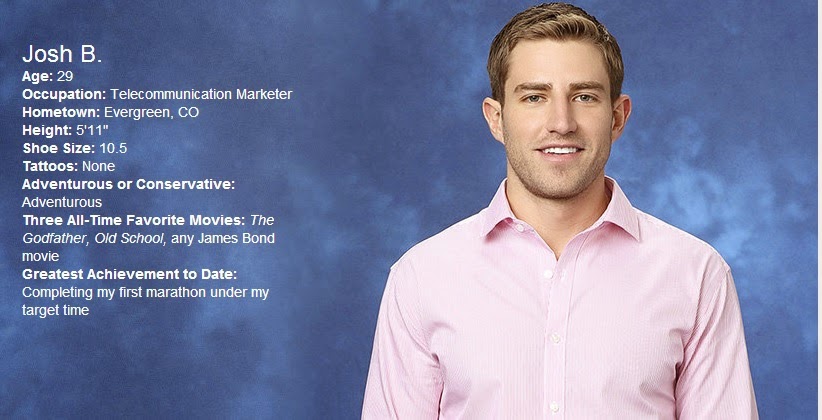 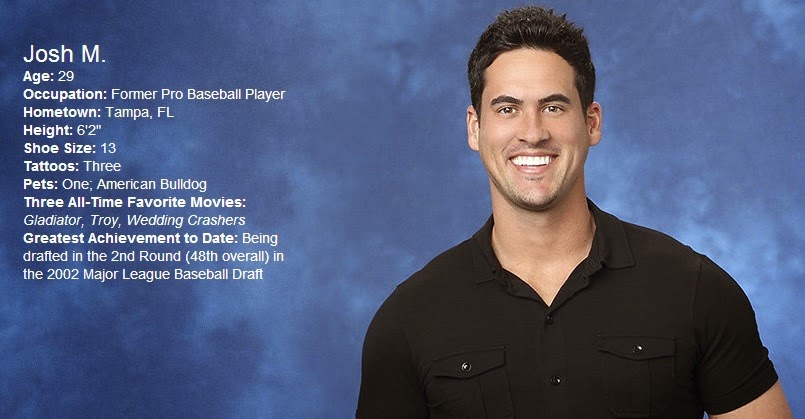 Marcus:
I don't know if I can get behind a dude that claims Enrique Iglesias is one of his favorite musical artists.
He's a pro soccer player though, so there's going to be some comparisons to JP. 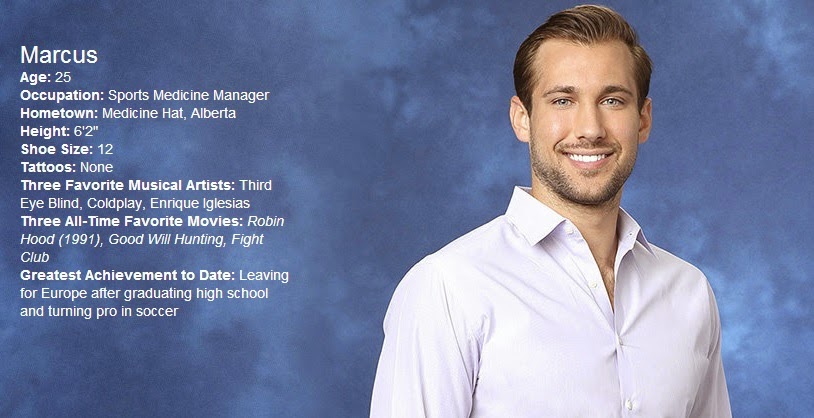 Marquel:
I would like to date Marquel as he is beautiful.
So send him home Andi, he looks dumb and you'll hate him.
(I didn't mean it Marquel...call me....) 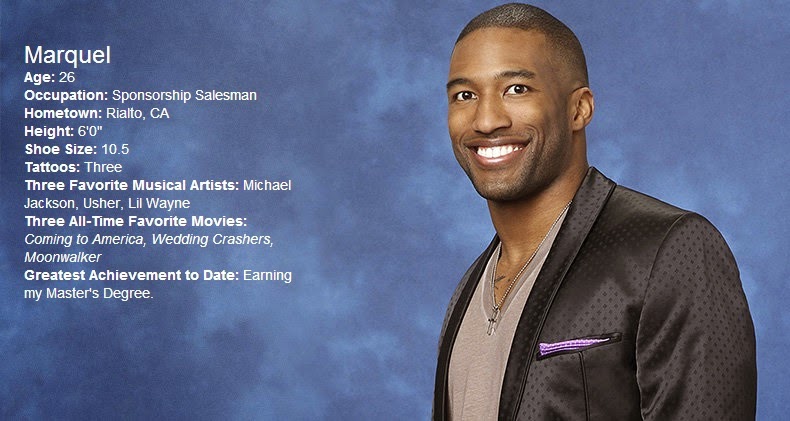 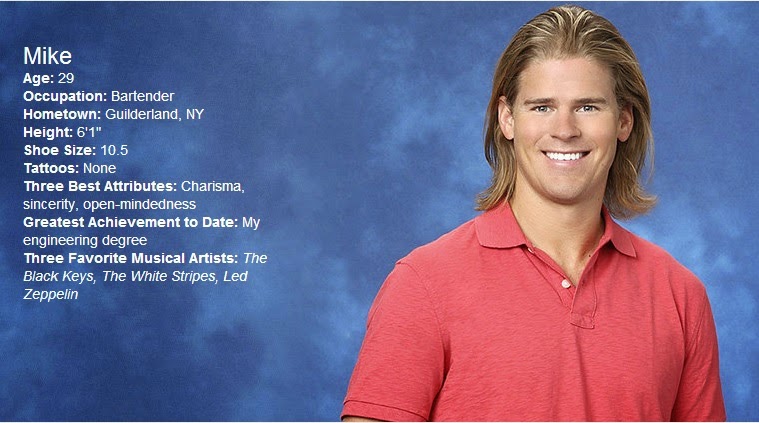 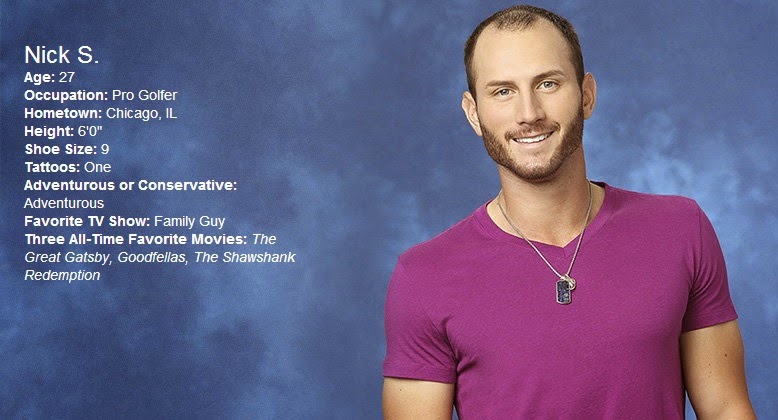 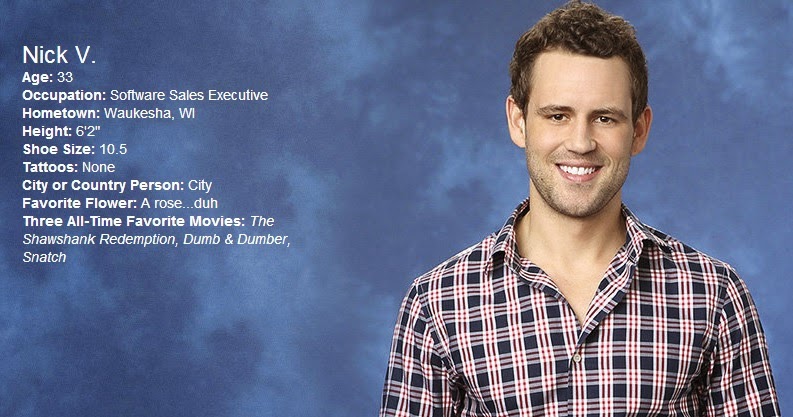 Patrick:
Looks like Gaston.
Will probably want to be the next Bachelor. 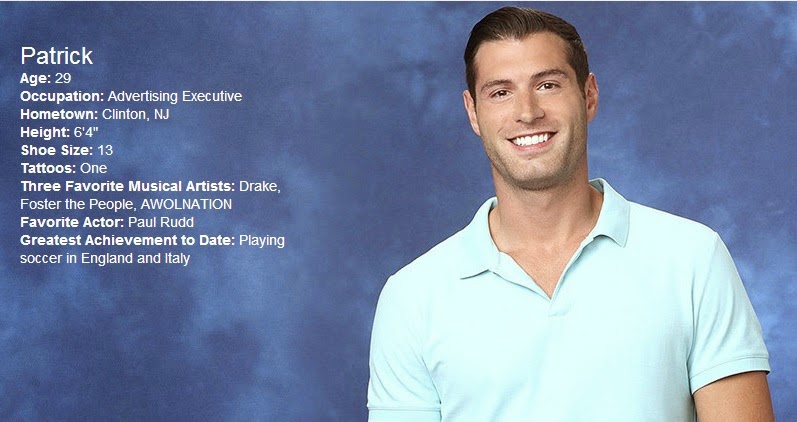 Ron:
Says he is a beverage sales manager....does that mean he's a bartender? 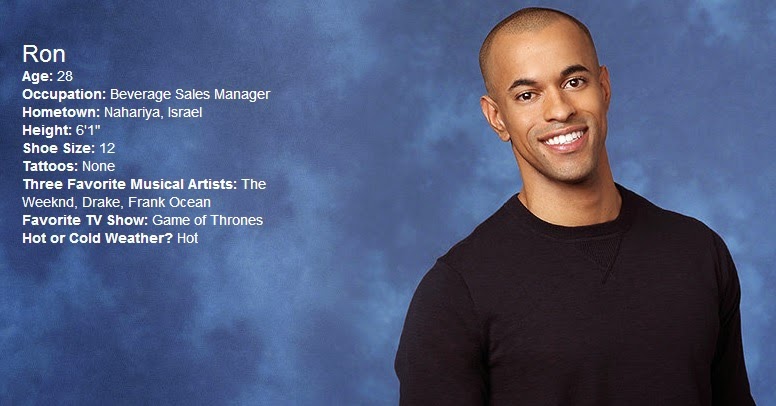 Rudie:
He ALSO looks like a Lifetime movie villan.
He's a lawyer, I predict he's going to make an awful opening line like, "I'll need to cross-examine you," or something equally as gross. 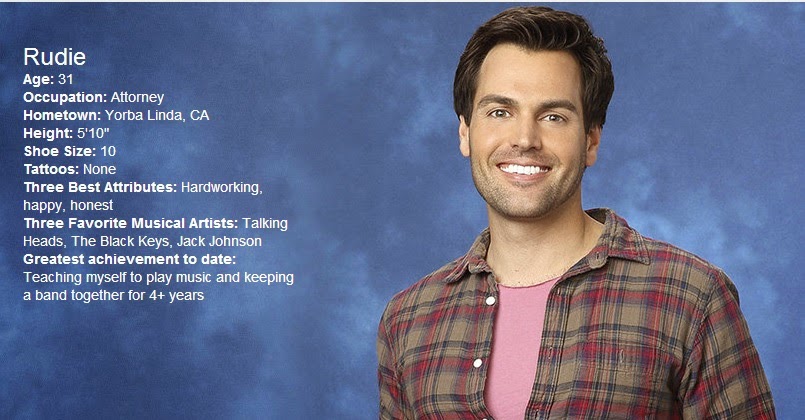 Steven:
Kinda hope he talks like the sea turtle from "Finding Nemo."

Tasos:
He's a wedding event coordinator, so naturally he's going to push that he's super ready for marriage.
I am already annoyed. 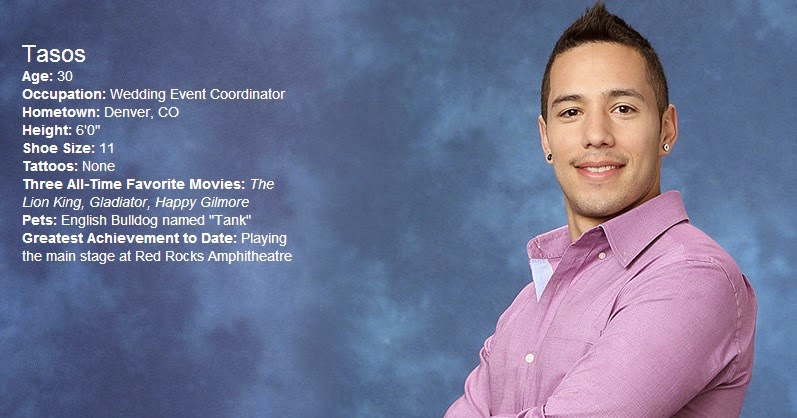 Cross your fingers for a good season.
I hear Andi weeds through these guys pretty fast.
I bet she holds some of these guys in contempt.
I hope they can all handle the truth.
I hope she's found guilty of BEING IN LOVE.