This week we find out that Chris Bukowski had infiltrated the house and that they must flea to Santa Barbara immediately.
JK they were just starting their ACTUAL journey around the world.
The first date card went to the remaining Nick.
You could tell just how pumped he was to be going on the date when he said,
"What are the chances this works out?"
"We don't really know each other..."
as he brought his suitcase to the bottom of the stairs. 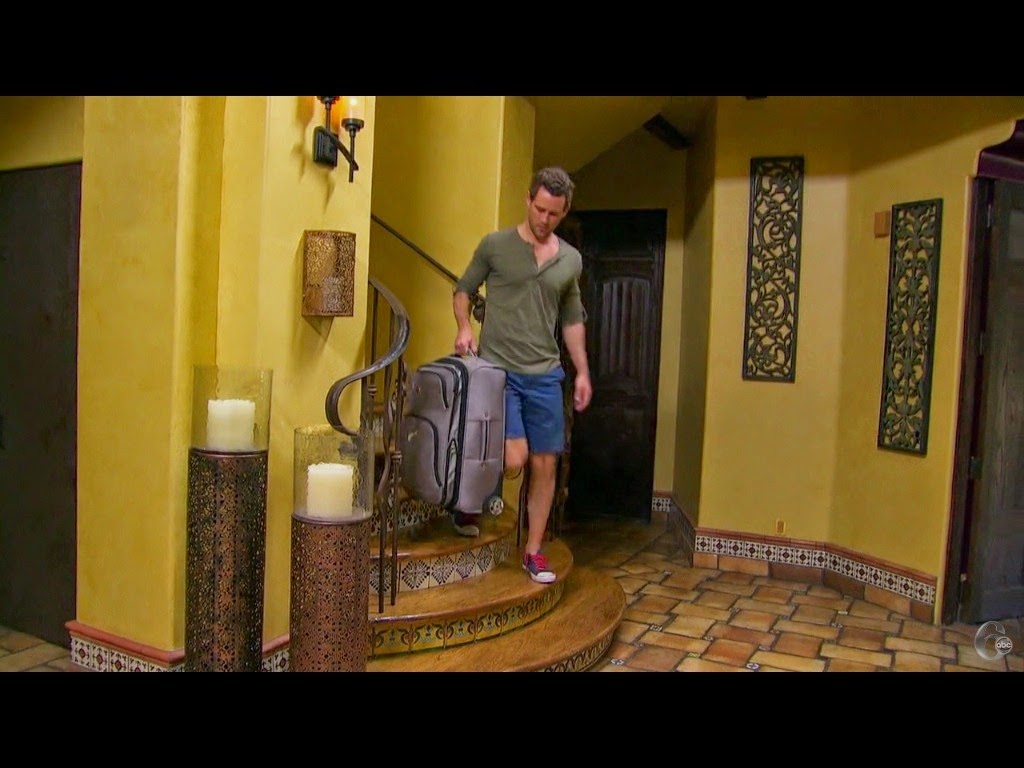 As he left the house creepy Joshua Jackson and even creepier Marcus discussed Nick's odds while on the date.
Their conclusion:
He had a 50/50 shot.
Brilliant. 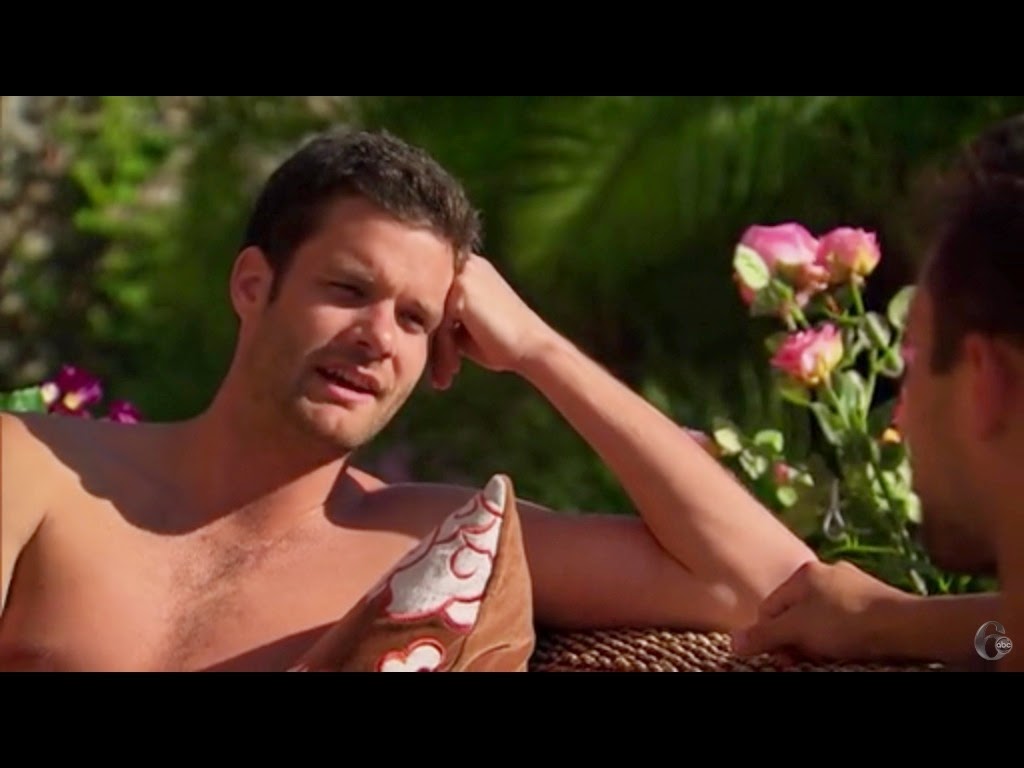 The date begins with a bike ride 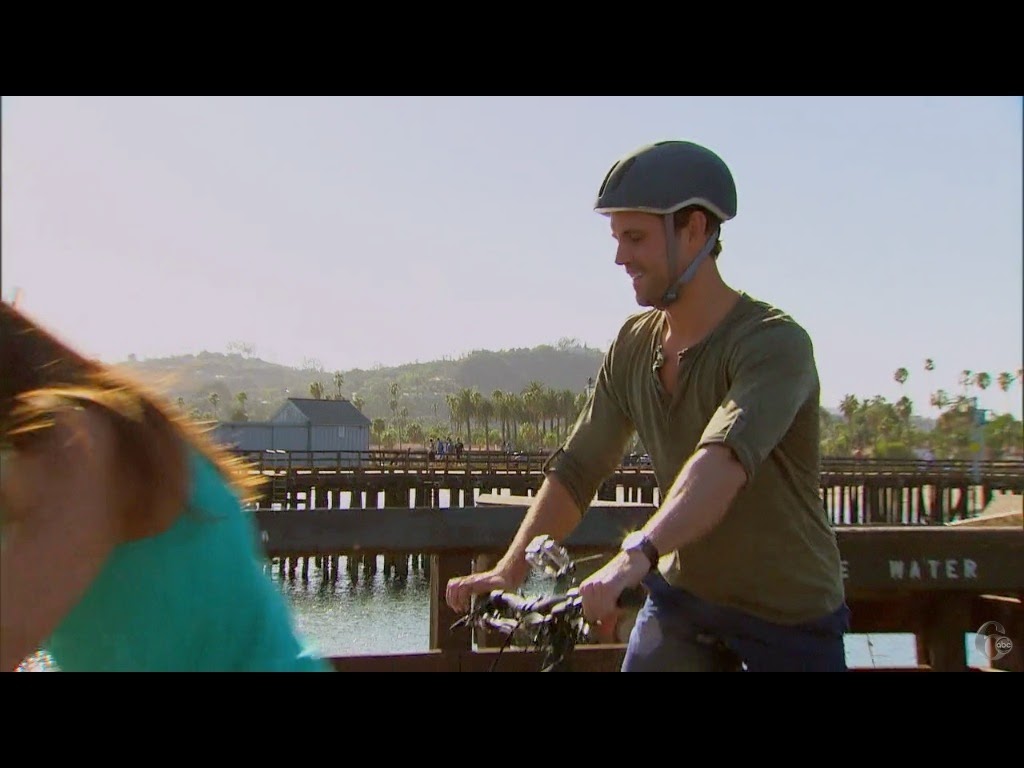 And then what Andi describes as a "nice hike"
I don't really use "nice" and "hike" in the same sentence so I was very confused. 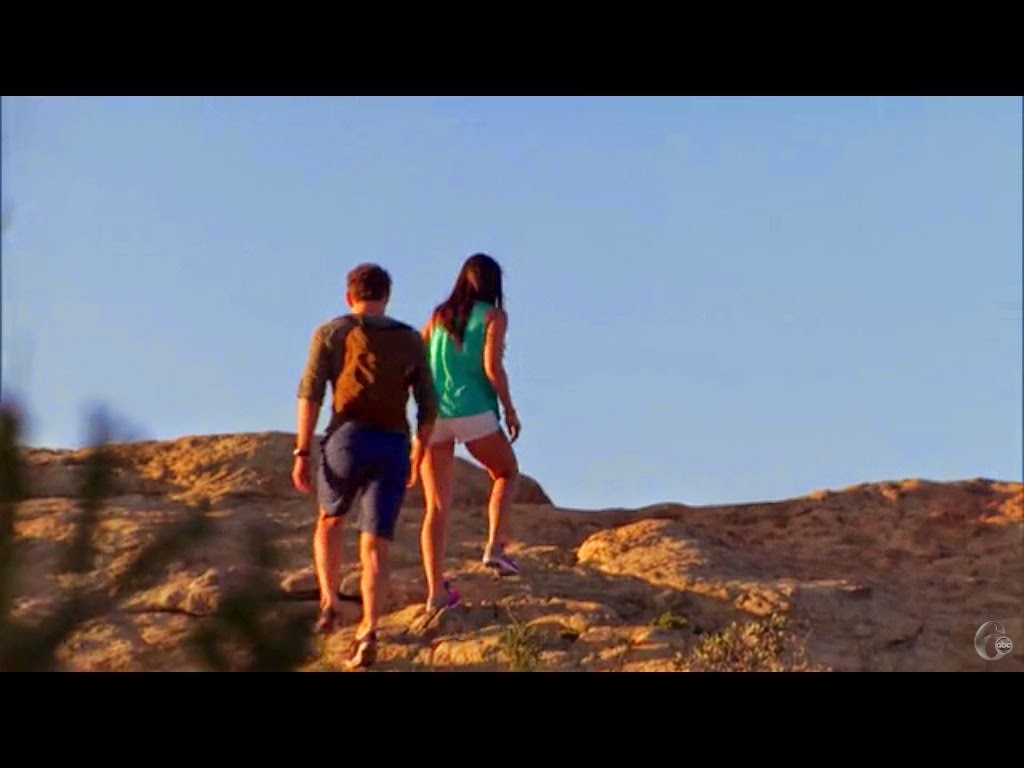 Andi felt like she was "chipping" away at Nick and was making him a believer in the process.
Thinking you can convince someone to buy in to the show has worked out so well in the past.
(Cough cough Brooks cough cough) 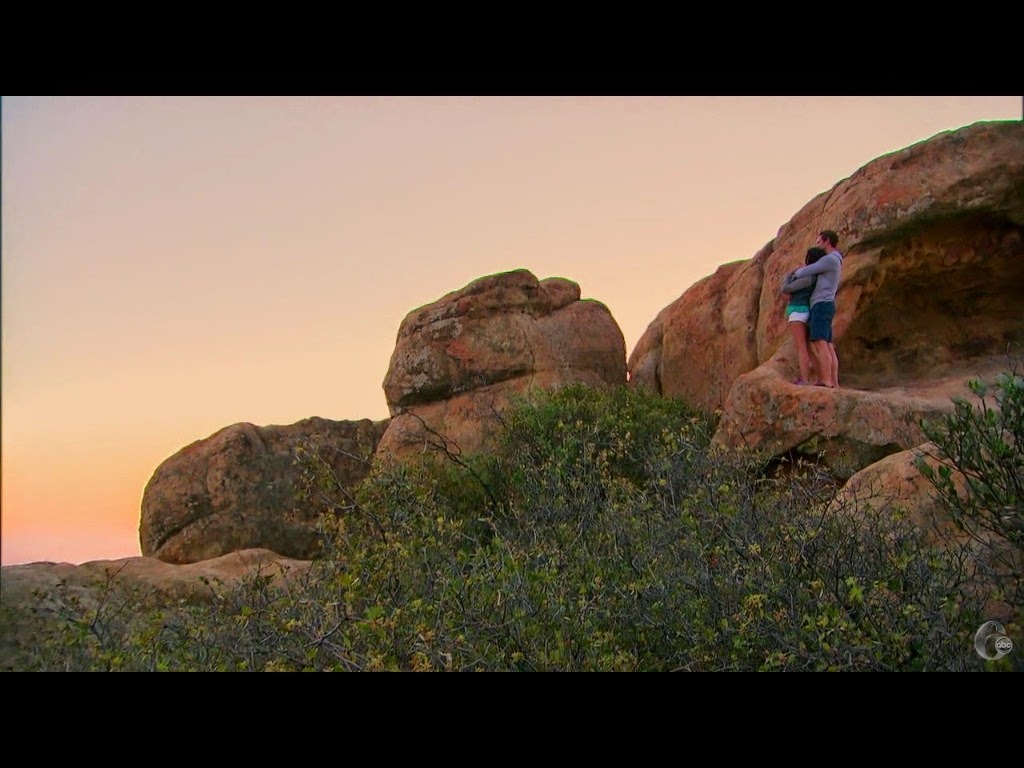 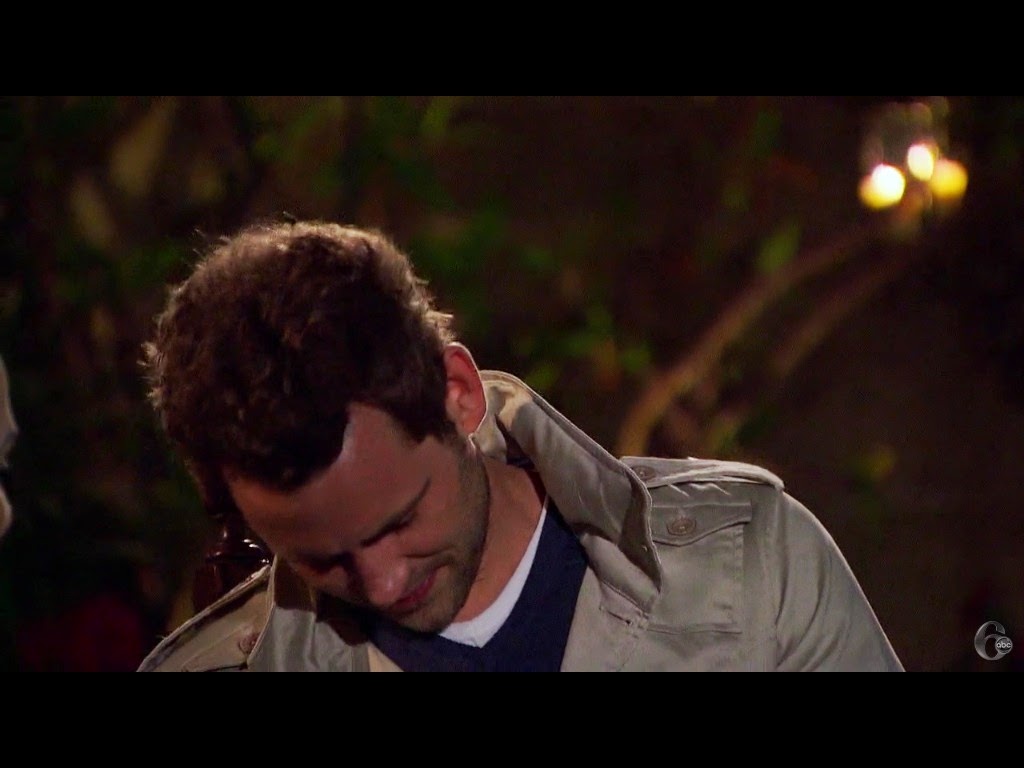 She told him he had a great resume (do they submit those?)
and then asked yet again why he was single.
WHY ARE YOU SINGLE ANDI?
F.
Nick told her about his high school girlfriend of 7.5 years
and his brief relationship that lead to an engagement and then a break up.
He told Andi that he was super young and thought he was way cooler than he was.
She asked him how old he was when that happened and he replied,
"27."
That's when I checked my birth certificate to confirm that I was currently 27 and realized that it's not THAT young.
Not that old either...don't get it twisted.
Either way the date went well and she gave him the rose.

Meanwhile back at home the invitation arrived for the group date.
Marcus stated that he hoped he wasn't on the card because he wanted to spend 1:1 time with Andi.
Naturally that meant he was definitely going on the group date.
When they arrived at their location they were treated to a little private concert with
BOYZ II MEN Y'ALLLLLL! 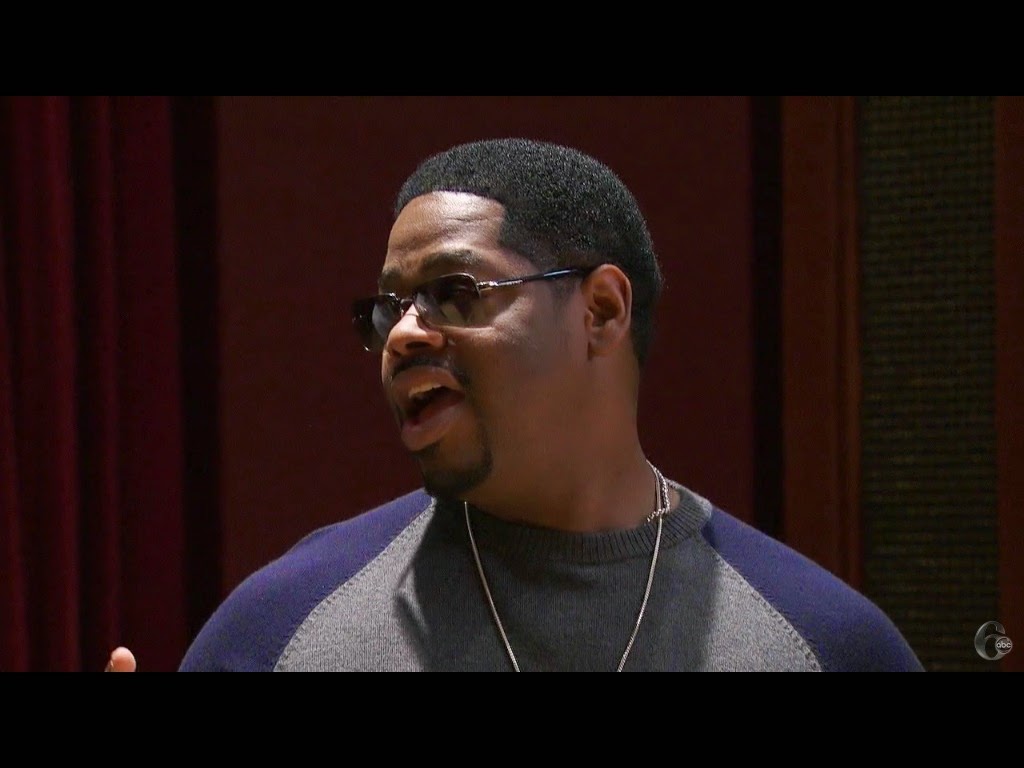 Personally I felt offended that the guys weren't throwing their underwear at the super group but to each their own I suppose. 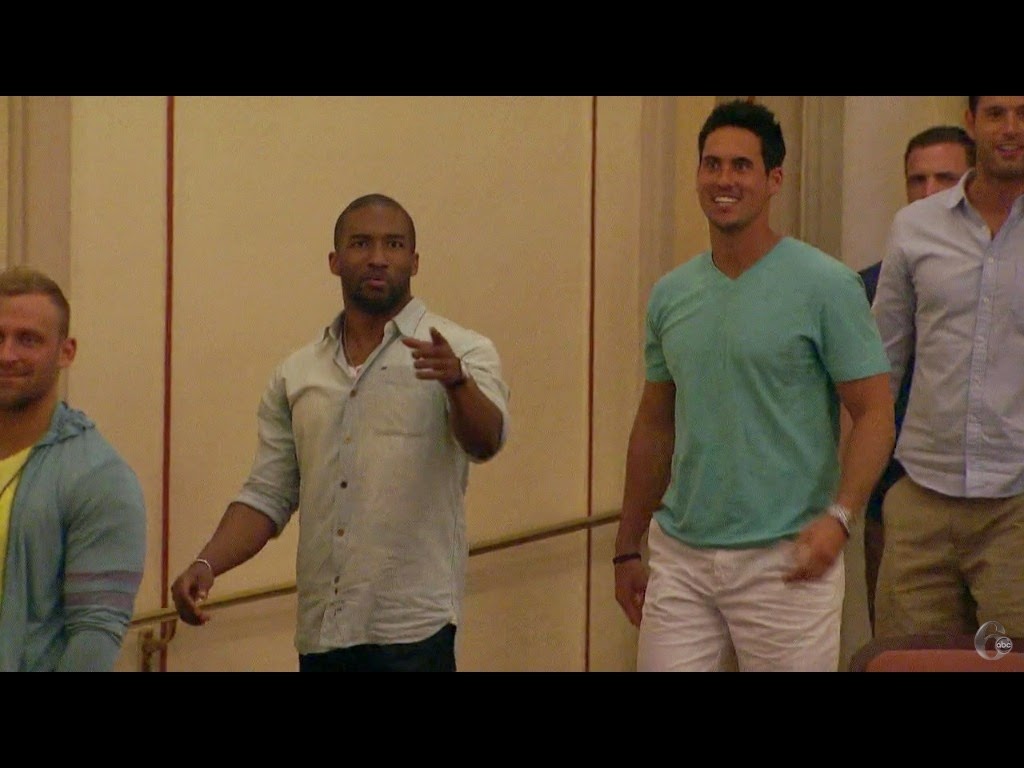 Because it was a singing competition the Phantom thought he had the rose in the bag. 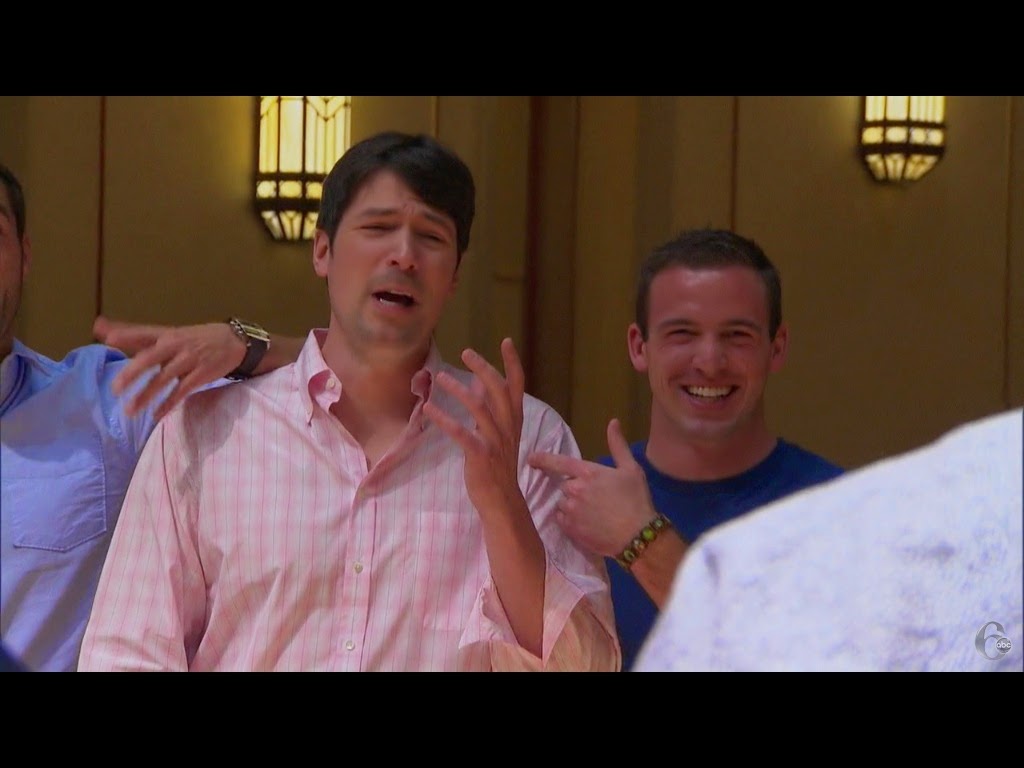 He informed us that not only was he happy to be close to his home (under the stage they were standing on) but he had also won a competition at the Conservatory. 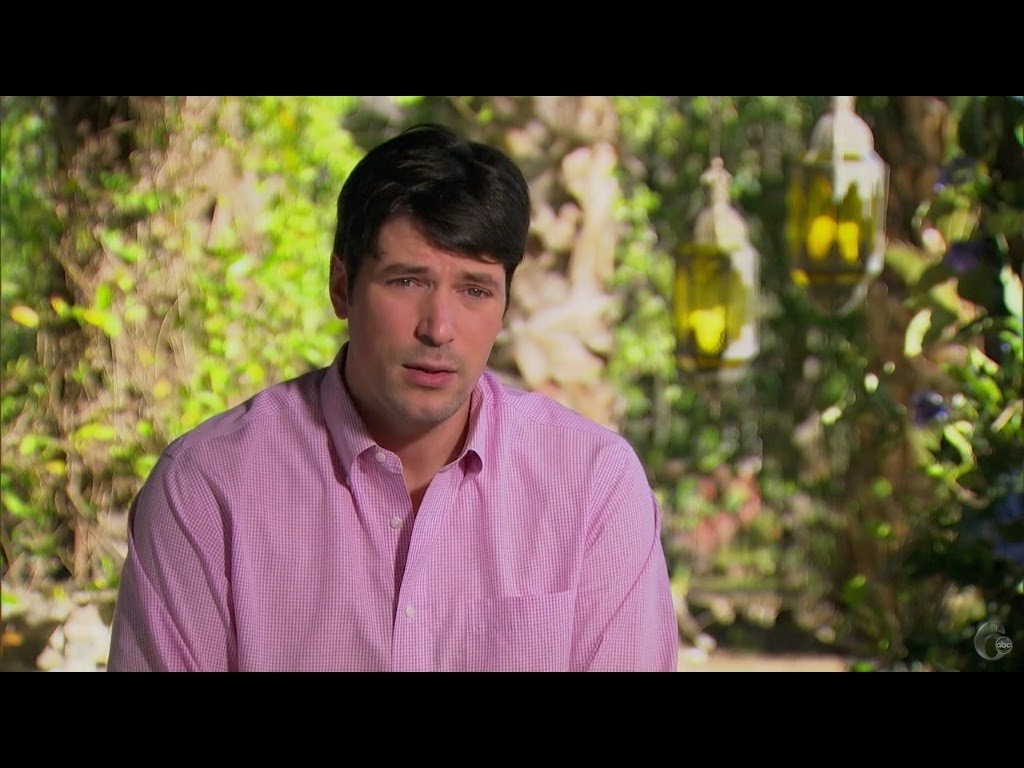 This date was my worst nightmare.
Singing poorly at someone.
I would rather swim in a seal suit during Shark Week, than participated in that date.
The rehearsals were brutal and I believe at one point I walked into the other room to eat a snack over my sink so that I didn't have to watch.
Matter of fact,
Wayna Morris' face pretty much sums up my reaction.
The guys find out that they are going to be performing in front of a live audience at a Boyz II Men show.
Trody flips out and does his best to make himself relevant to Andi by
telling her that no matter what happens this was an awesome experience. 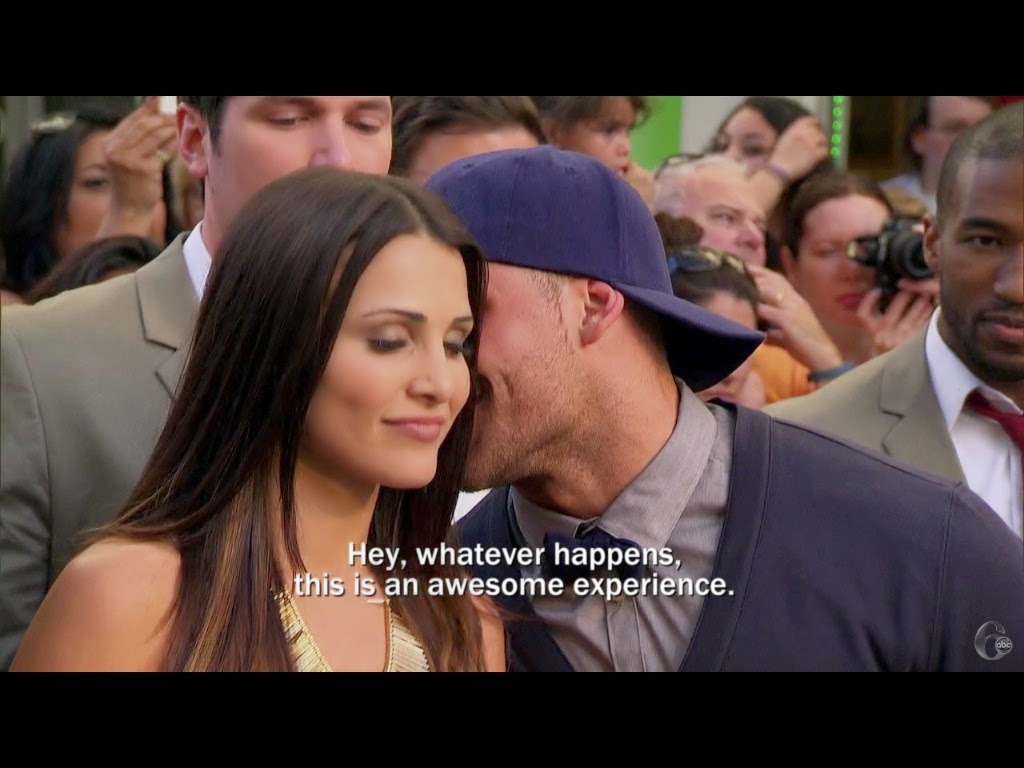 Andi thanked him for being so nice, mainly because she was afraid to piss off a human sized troll.
When the concert began the Phantom got up on the mic and dedicated the song to
"Baby gurl Andi..."
at which time I kicked my television like Lisa Turtle did when they discontinued her favorite nail color. 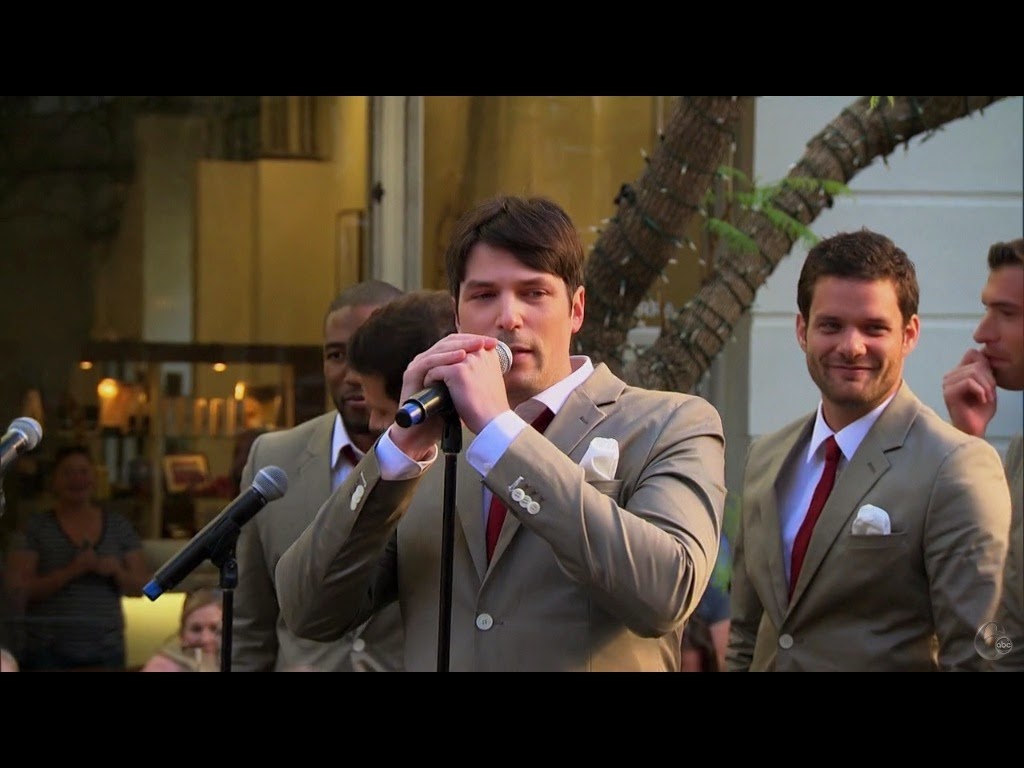 Then he began to sing and it sounded
quite awful.
He then continued to beg for the rose in his operatic voice.
I don't know if vocal chords can just fall out of a body but I had my fingers crossed that it was going to happen. 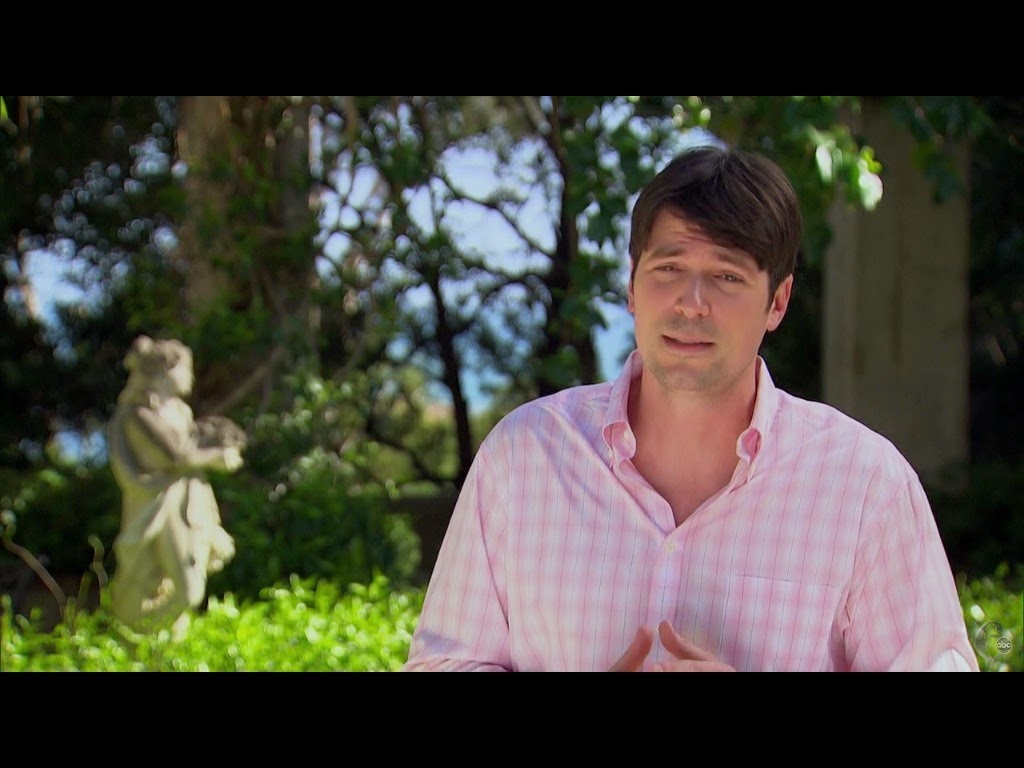 At the after party Andi pulls Trodes Magoades aside for some 1:1 time.
She let's us in on her idea to prank him.
Andi goes on to tell Trody that she heard that he had a girlfriend whoooooo
WAS A STRIPPPPPPPPER! 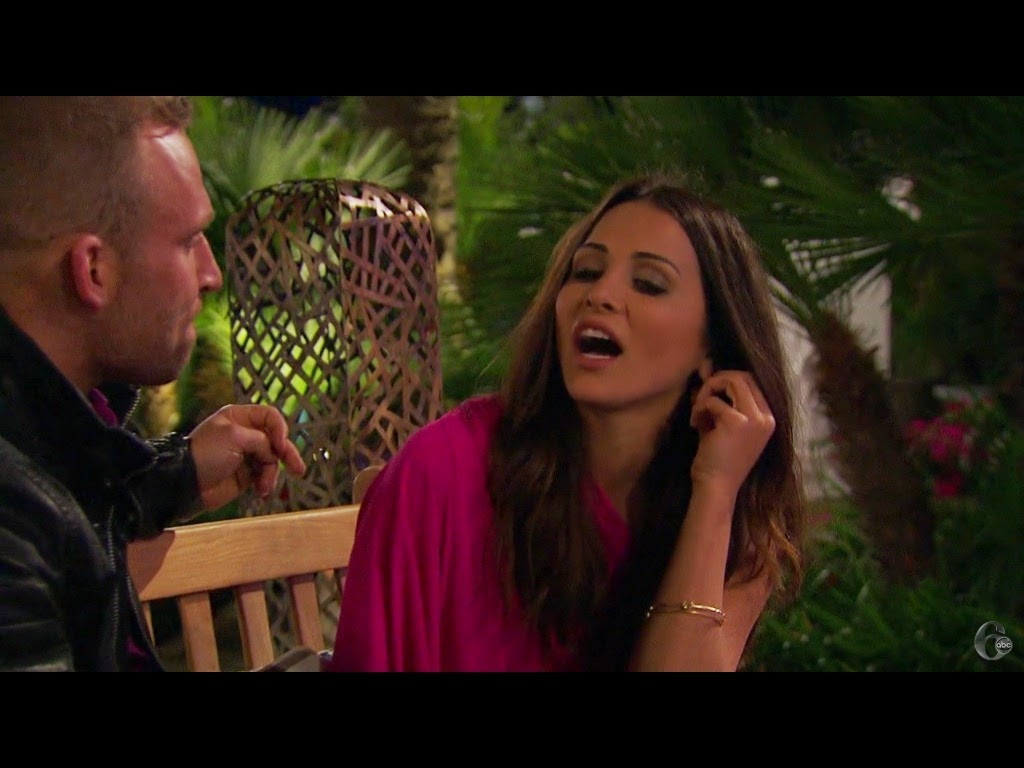 Lolz for days y'all.
Trody then knew that her playing a prank on him specifically meant that she really liked him, because she put a lot of thought into it.
He said, " She didn't just wing that...."
Actually she did pal.

She then finds Josh M. who is still somehow nervous around Andi.
He's also this season's Arie of kissing.
He like grunts and groans and towers over her. 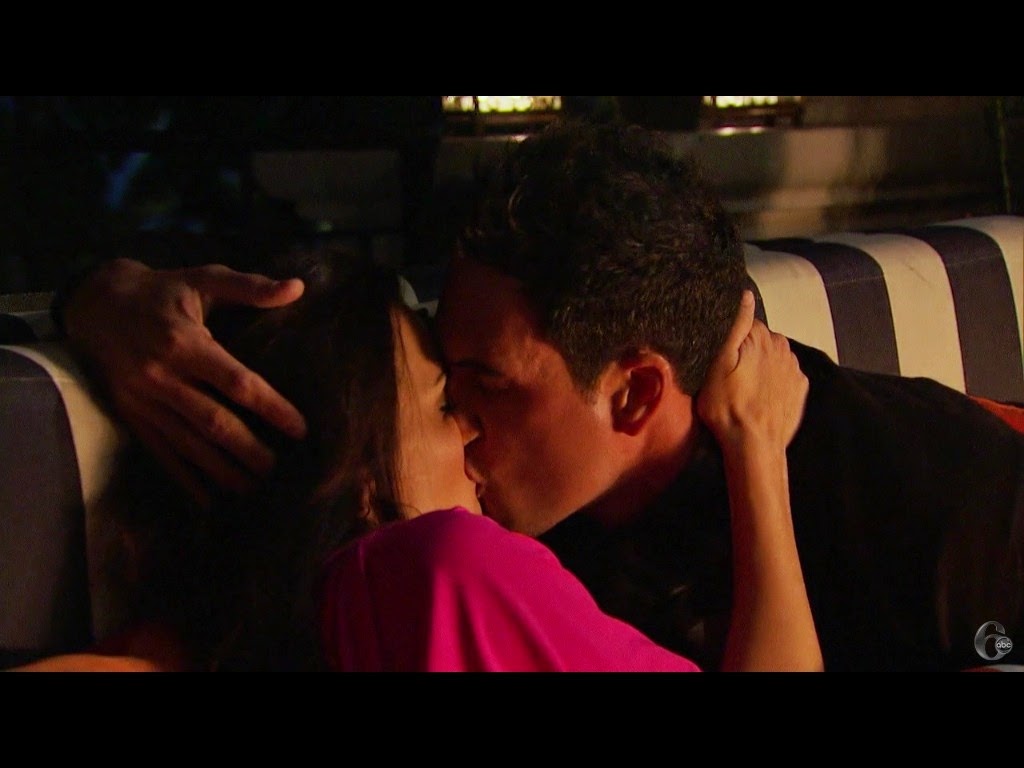 It's uncomfortable.
Also uncomfortable: Marcus the Murderer insisting that what Josh M. and Andi have is nothing compared to their relationship.
Josh M. ends up getting the rose while Marcus ripped out his eyelashes in jealousy.

The last 1:1 date went to JJ, the pantsapreneur, and tall guy extraordinaire. 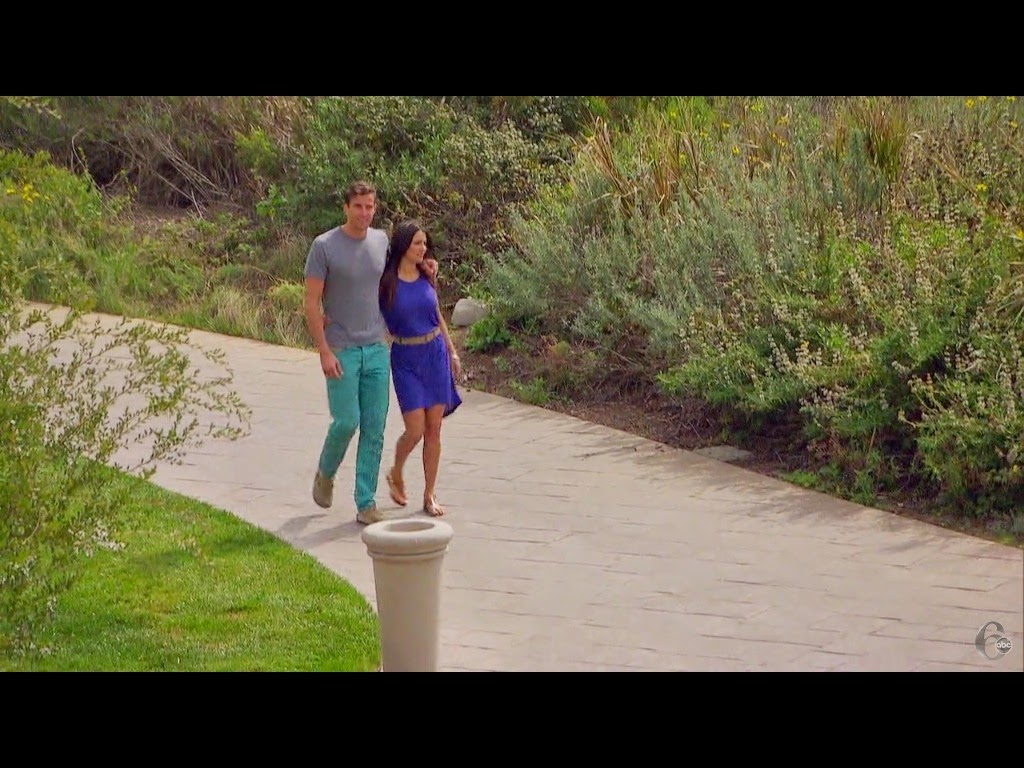 Andi informs them that during their date they are going to be...
PULLING A HEIST! 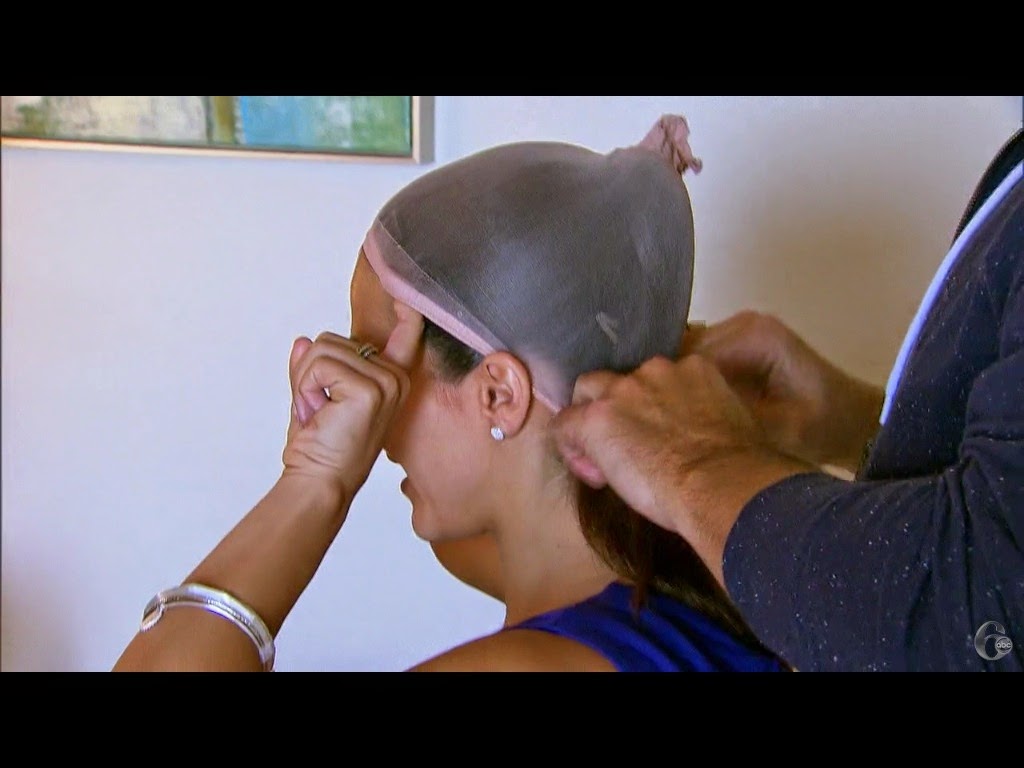 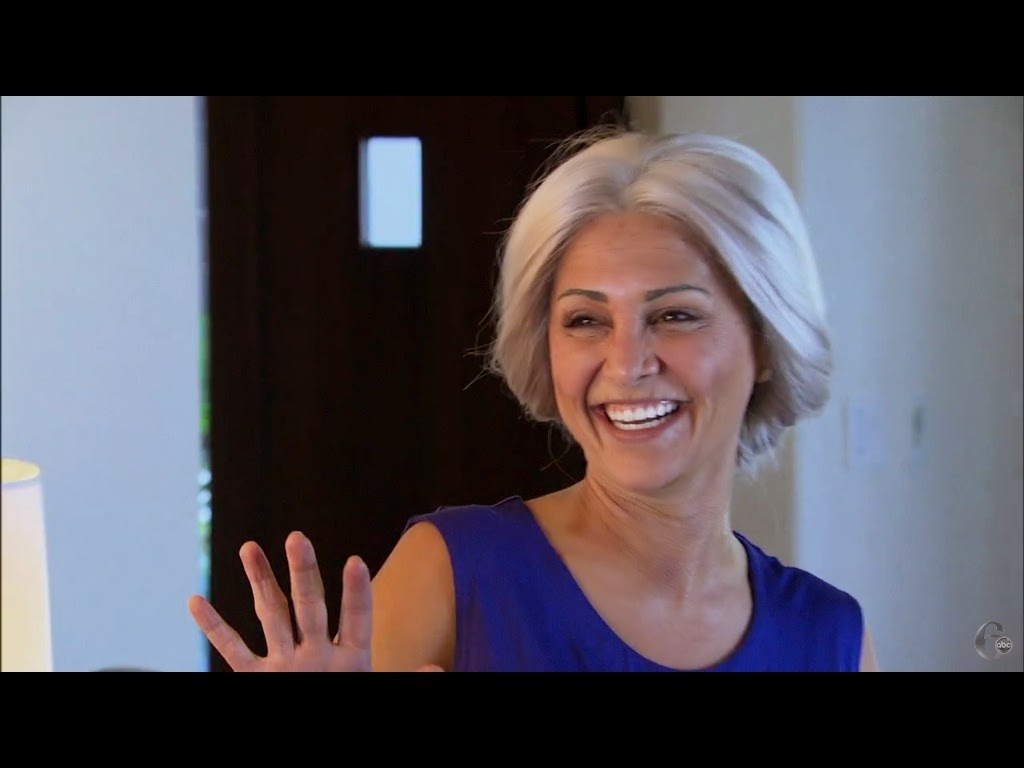 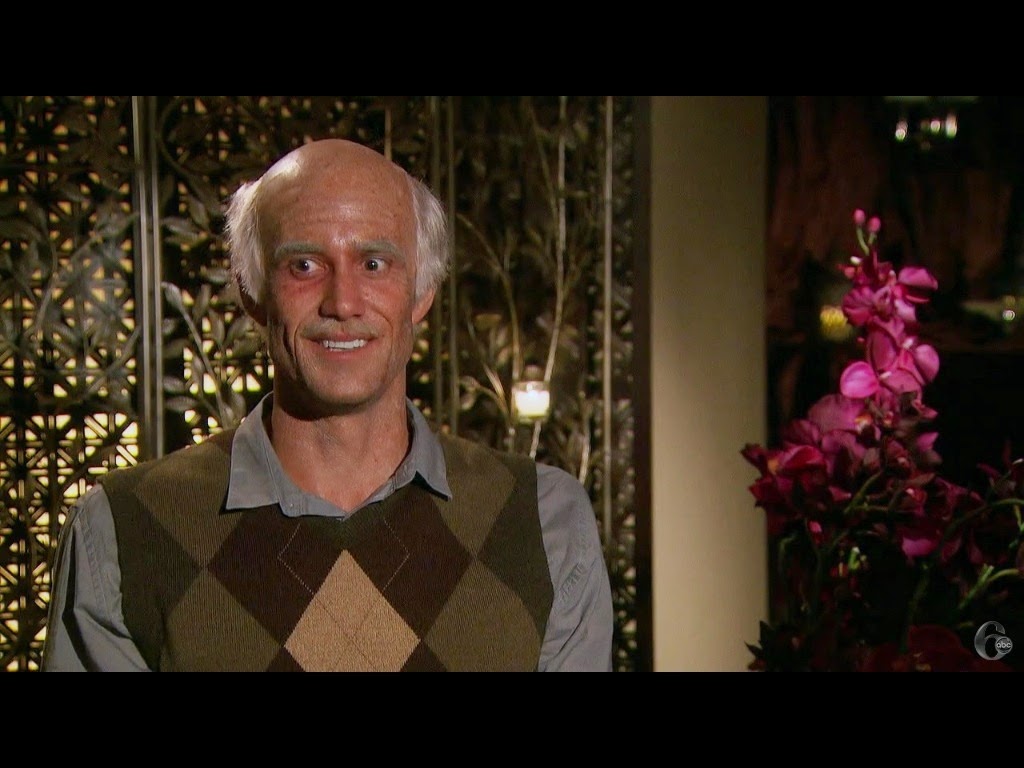 They venture off into the park and play tricks on the youngsters.
They even get Rascal Scooters.
So yeah the date was a dream come true. 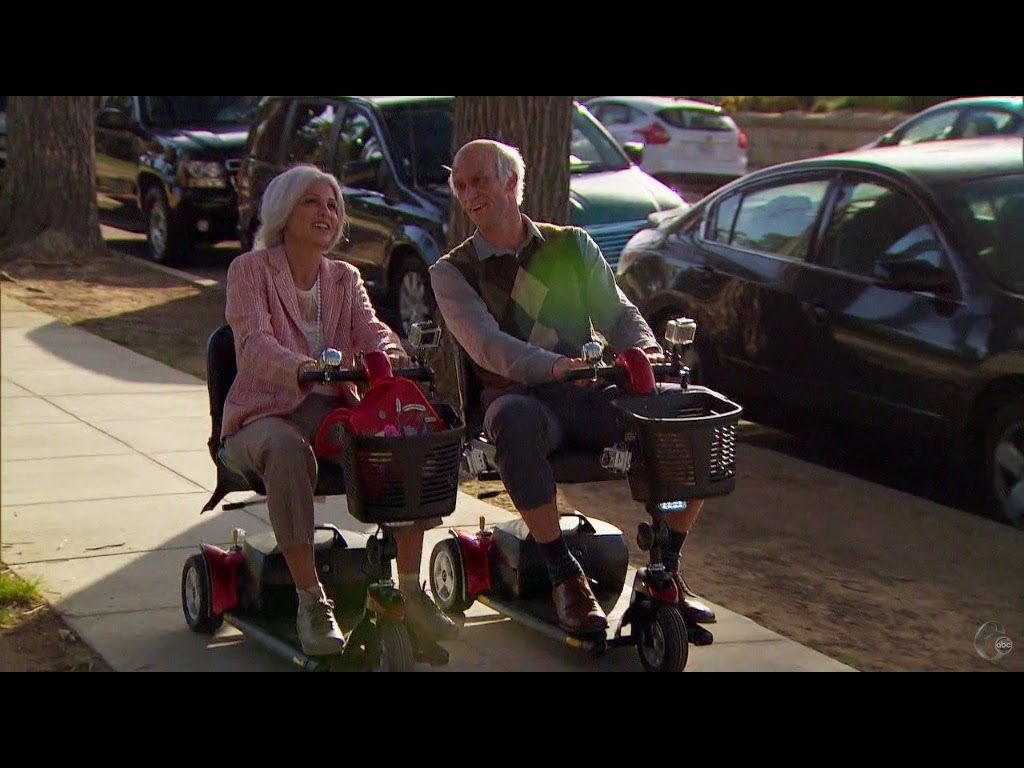 You know what else they got?
EFFING WERTHER'S ORIGINALS DUDE!
aka my jam aka the best aka delish 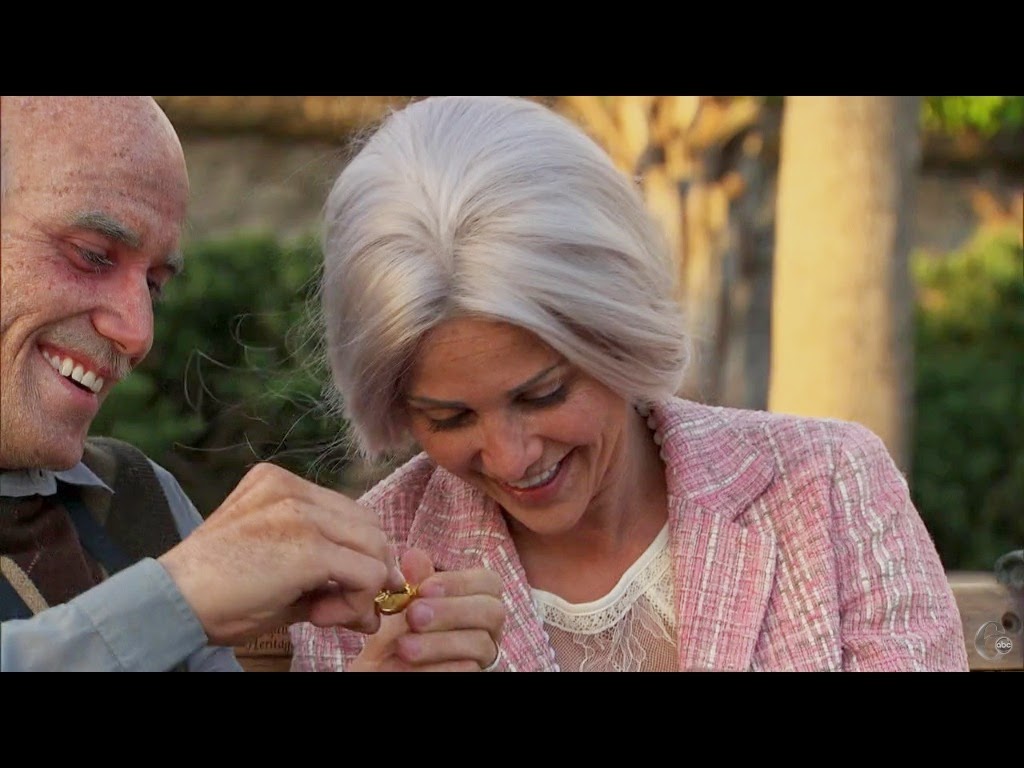 JJ although kind of spacey seems like a super fun guy.
Andi was also fun and I thought that I was starting to like her.
EMPHASIS ON THOUGHT.
Andi tells JJ that she's never kissed an 80 year old man before, to which I replied,
"Don't knock it till ya try it ya old bat."

At their dinner, JJ tells her he's a weirdo.
She once again asks why he's single and he talks about his failed relationships.
She ends up giving him the rose and all is well.

During the rose ceremony while Eric is talking to Andi flowers arrive from Nick.
Nick tells her he wanted to do something that would be normal.
It was a pretty slick move, and it made me like him quite a bit. 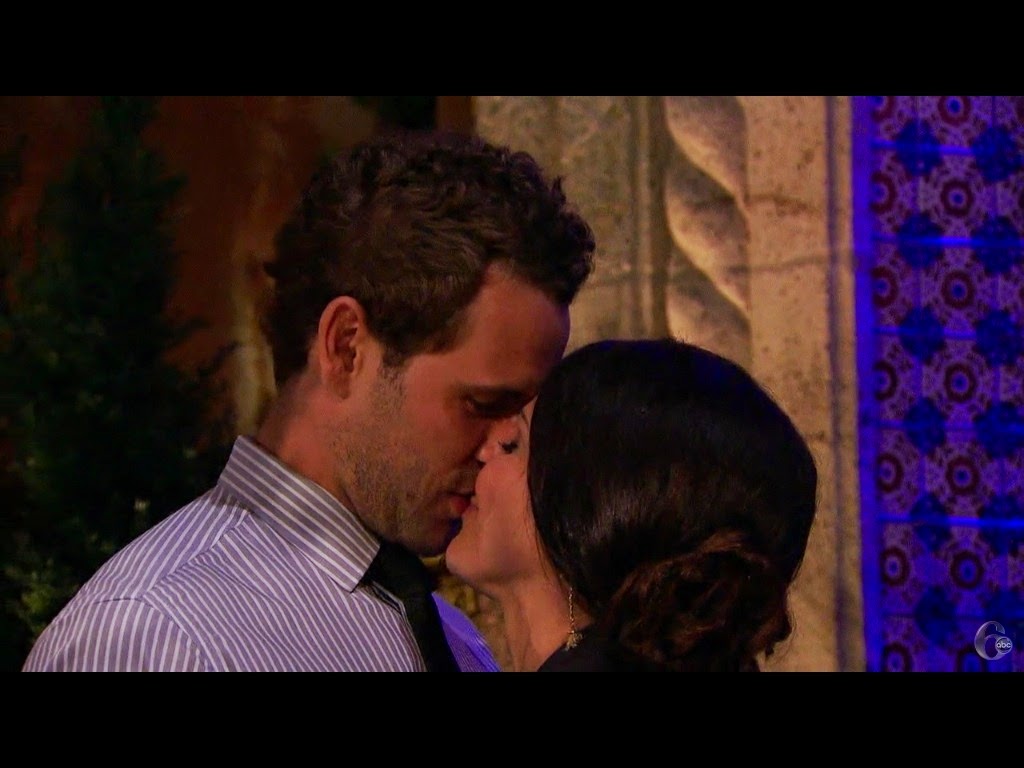 JJ feelin' a little fancy pants
(see what I did there)
decides to confront an issue that has been bothering him.
He approaches Josh M. to talk to him about creepy Joshua Jackson.
Apparently CJJ got a waitress's number while they were all out to dinner and then bragged about it. 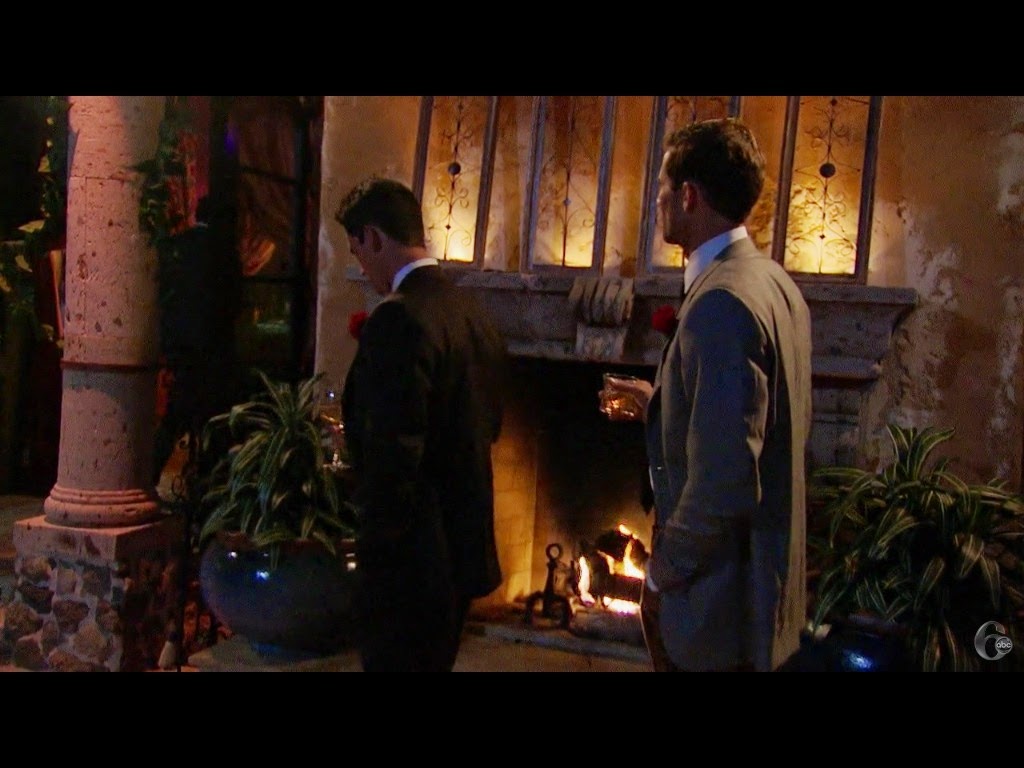 This in turn, made Josh M. transform into the Hulk, and they sought CJJ out for further explanation.
Here's how the conversation went:
JJ: "Dude you got a number and then bragged about it...like c'mon dude....like...."
CJJ: "I'm not going to engage in this with you."
JJ: "Like dude really? Dude really? Like like like dude like really? 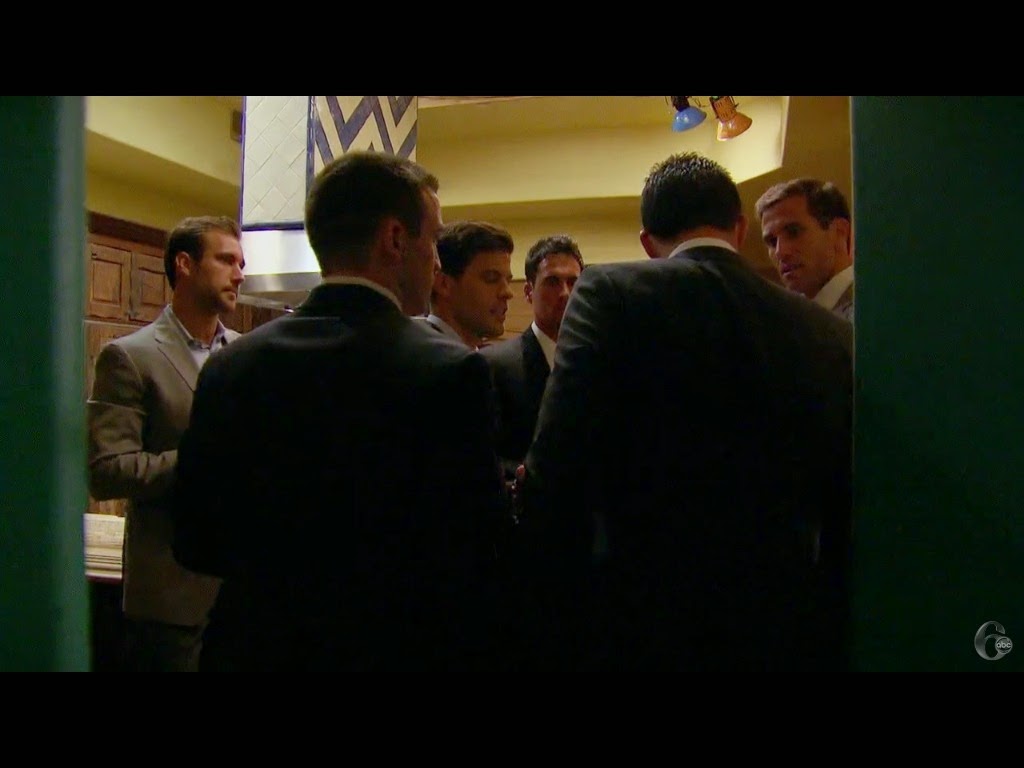 Cue Creepy Joshua Jackson calling them low lives and the confrontation not reaching Andi at all. 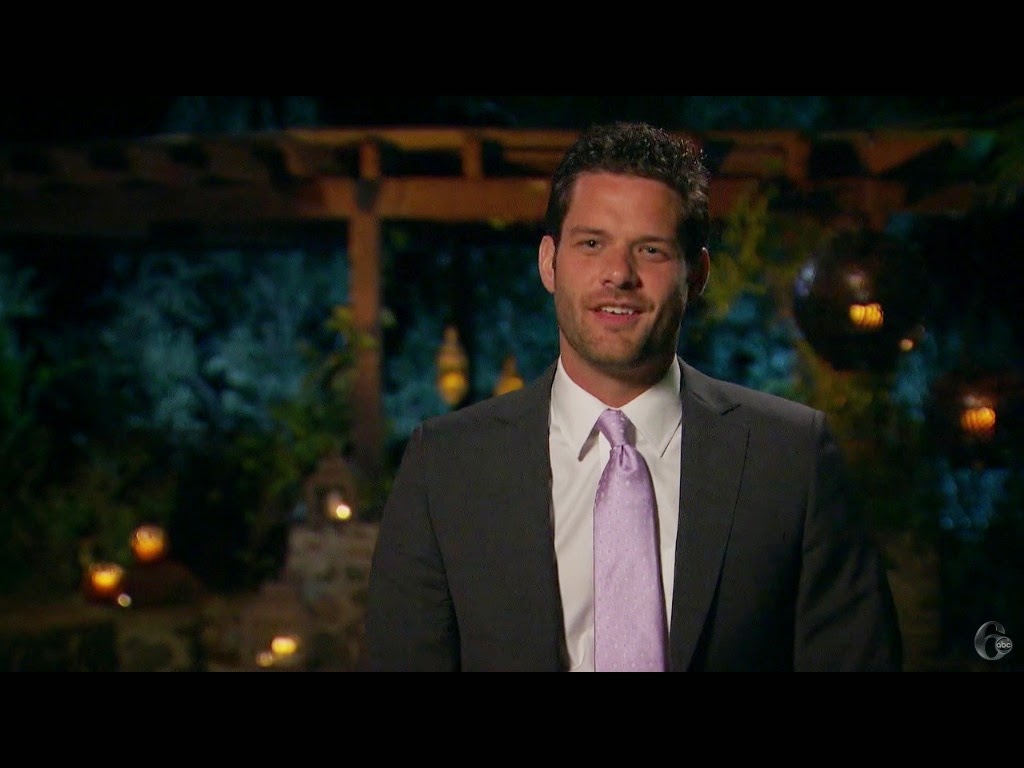 The night ended on Lane 6 when Andi stepped up to the line and decided to bowl the roses to the gentlemen. 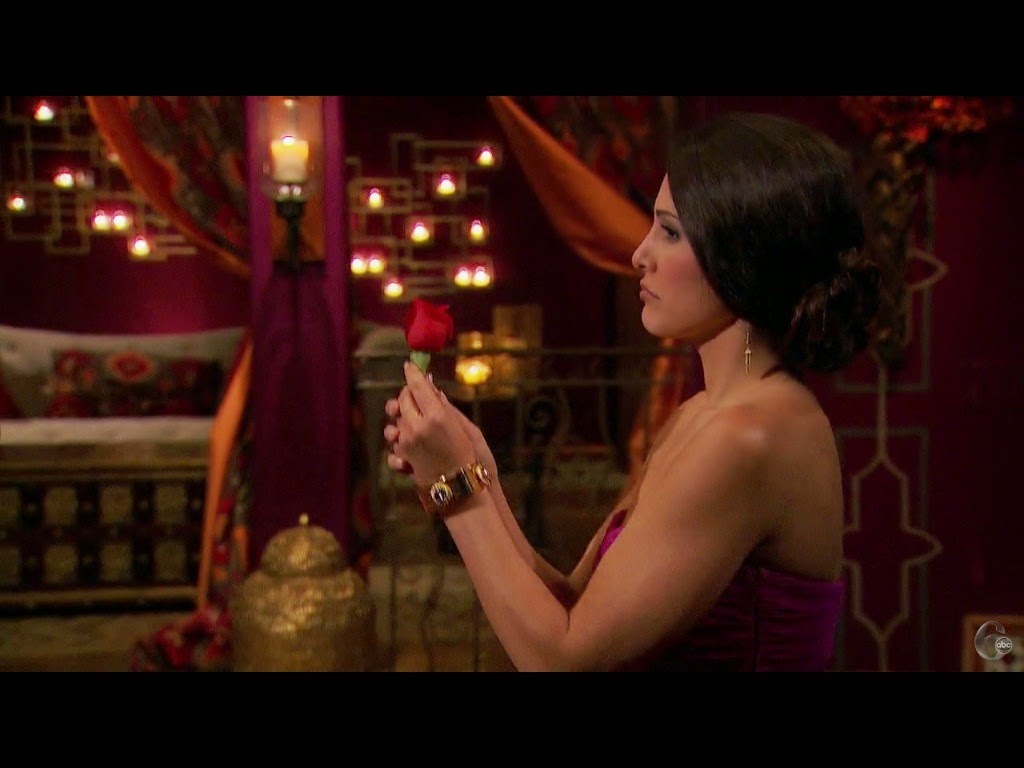 The one who wasn't spared (HA! Bowling puns.)
was the Phantom.
Who cried. 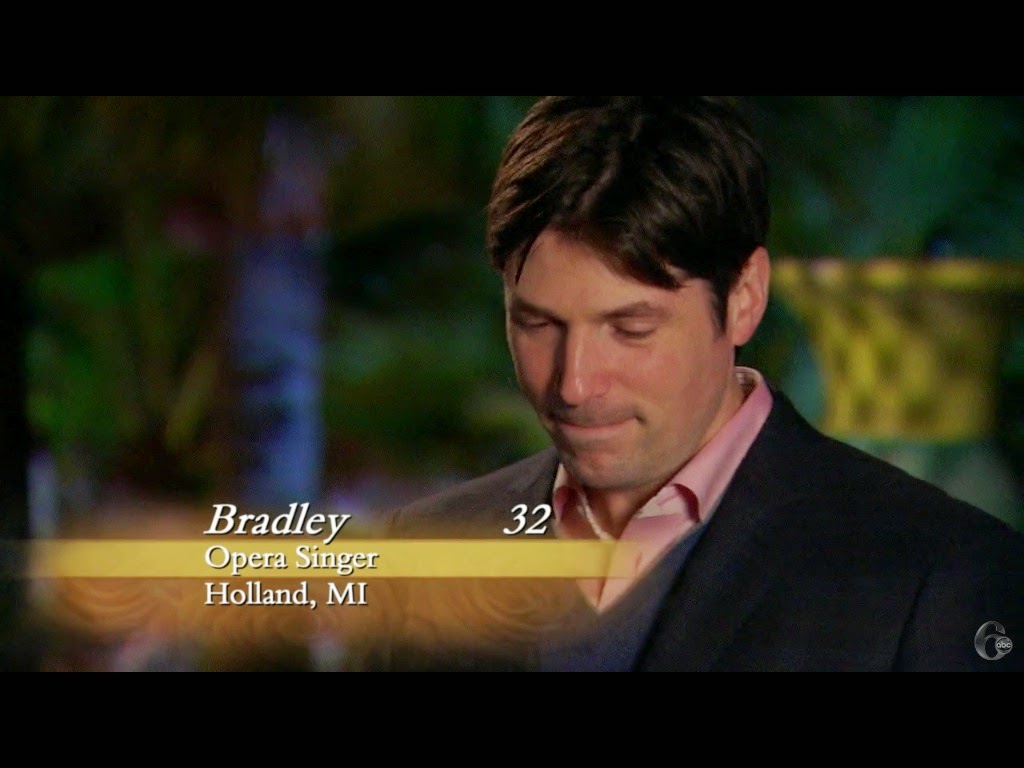 He pulled his cape around him, and the Phantom organ began to play as he disappeared into a cloud of smoke.

Other people left but guess who remains?
The cockroach of the dudes: Trody.
The only explanation is that he placed a hex on Andi.

Stay tuned for Part 2 of the 2 night recap!