My heart isn't in this recap.
Spoiler alert:
Chris is gone and I hate everything.
I was hoping, praying to Oprah, and wishing, that he still had a chance.
Why else would you endure Nick dates?
Because there was a Chris light at the end of that creepy dark murder tunnel.
So forgive me if I seem filled with hate.
And I know.
I knowwwww.
Maybe he'll be the next Bachelor.
BUT WHAT IF HE'S NOT!?
I will not feel vindicated (too much) until it is announced.
So let me pout....
about a relationship that has no bearing on my life whatsoever.

The night starts off with Andi talking about her 3 different paths that I'm assuming she was journaling about... 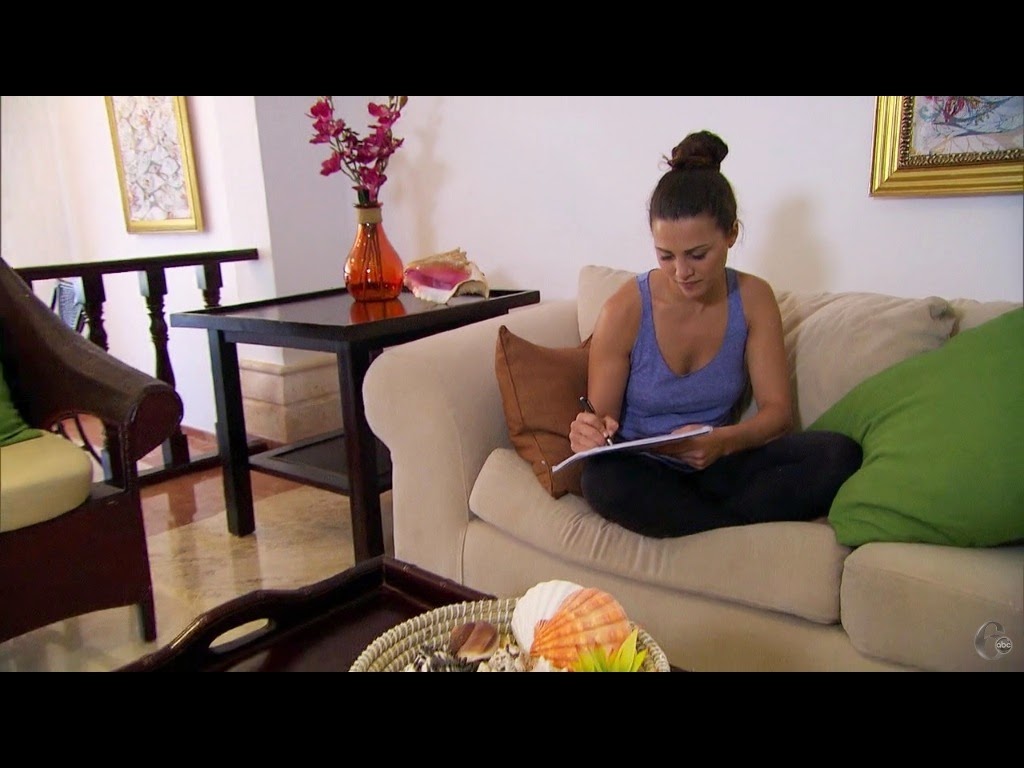 Dear Diary,
A wise woman once said,
"There's a difference between like and love.
I like my Sketchers. But I love my Prada backpack."
That's how I'm feeling right now about Chris...

She explained what she liked about the guys.
She said that she was always having a good time with Josh.
Really? Because you yell at him a lot.
Then she said that he put up with her brattiness and she liked that.
Thattt makes more sense.

She claimed that she had an amazing mental and passionate relationship with Nick.
Barf Sandwiches for everyone.

She said that Chris was amazing and that she loved his family.
Liar.

The first date was with Nick and our old friend, the helicopter. 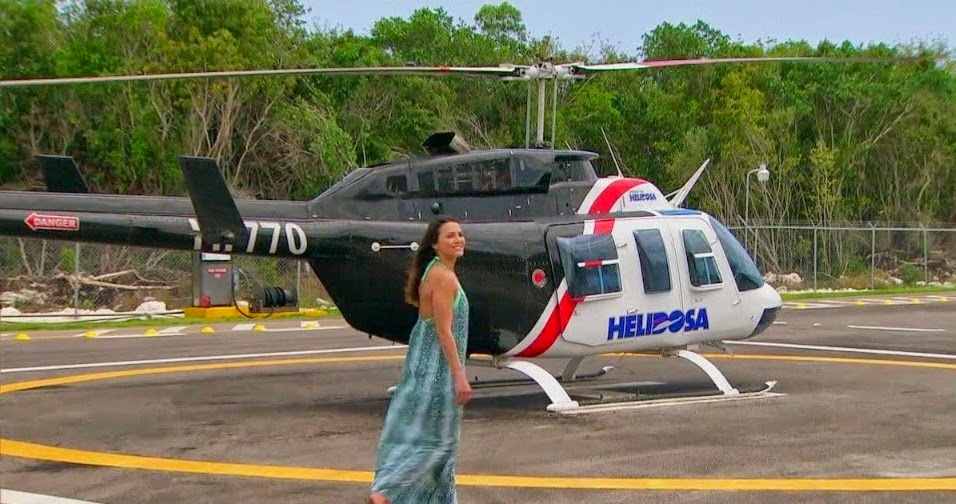 Nick shows up and he tells us that he really needs to tell Andi that he loves her.
Which made me confused.
Had he not said it already?
I feel like that's all they talk about.
He was really overjoyed and briming with excitement because, and I quote,
"you know it's paradise."
Andi continued to talk about her passionate relationship with Nick as they made out in the water........ 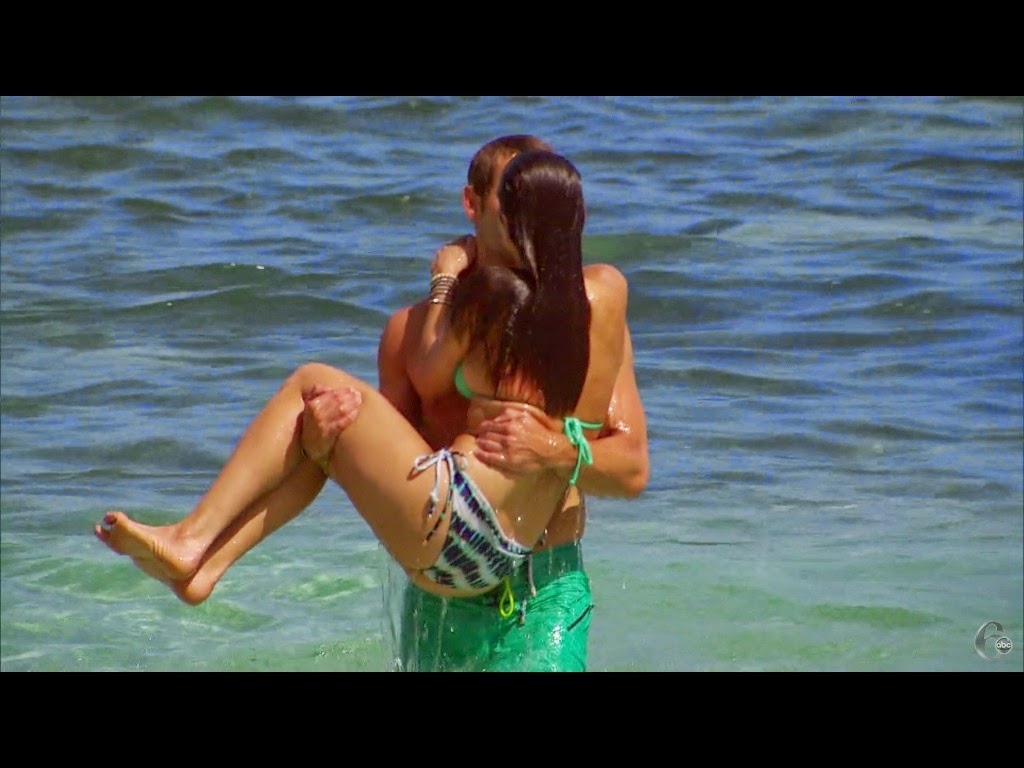 1. He is the most boring person/ most likely to be a murderer besides Marcus. Soo...how?
2. When I'm in the water I have zero concerns about making out with anyone. I just show people my handstands and ask them if they want to see my Ariel hair flip: 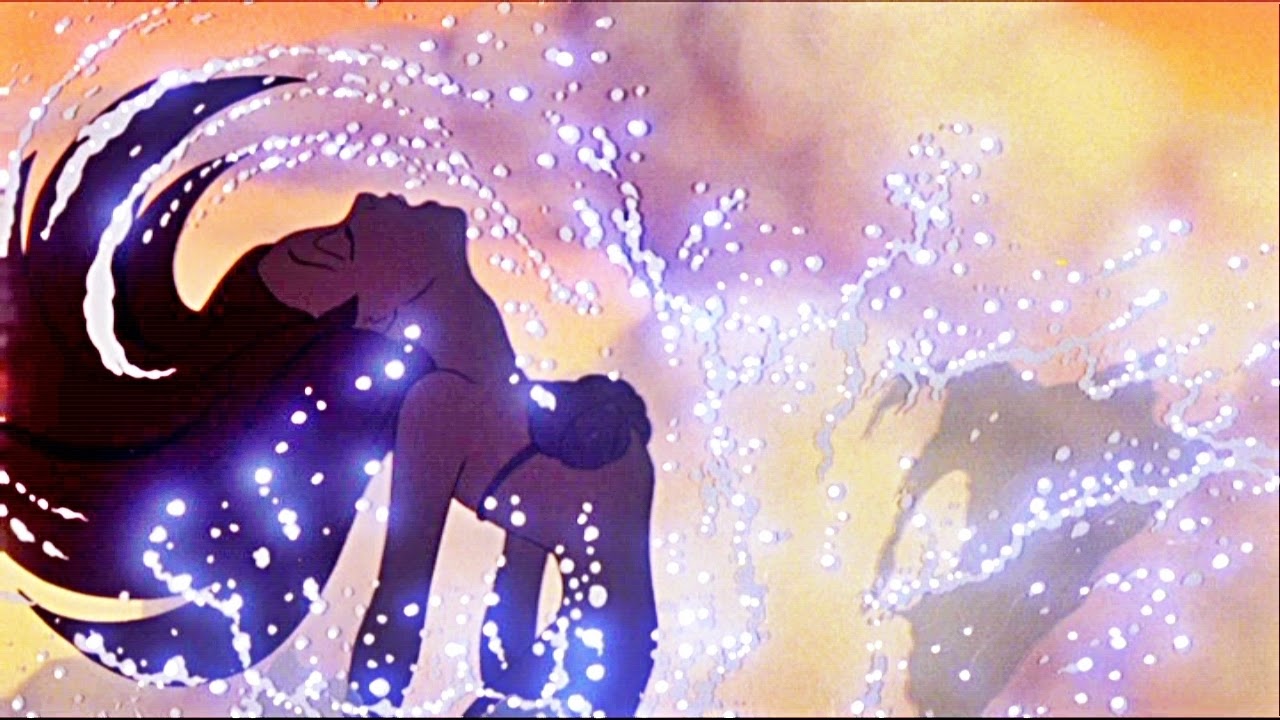 During the date, Andi talked about how much she loves spending time with Nick.
But there's still a lot she doesn't know.
Like how many people he's killed.
What he was doing the SIX MONTHS he didn't talk to anyone after his breakup.
Why no one has seen or heard from his ex gf ever since?

There conversation went like this:
Andi: "How did you handle your last breakup?"
Nick: "Uhhhhhhh uh uhhhh uhh ummmmmm"
It was then that the mental/passionate connection all clicked.

Later in the evening as they were talking, I fell asleep because I was so bored.
At one point he said that he had a childlike sense of wonder.
I couldn't roll my eyes hard enough. 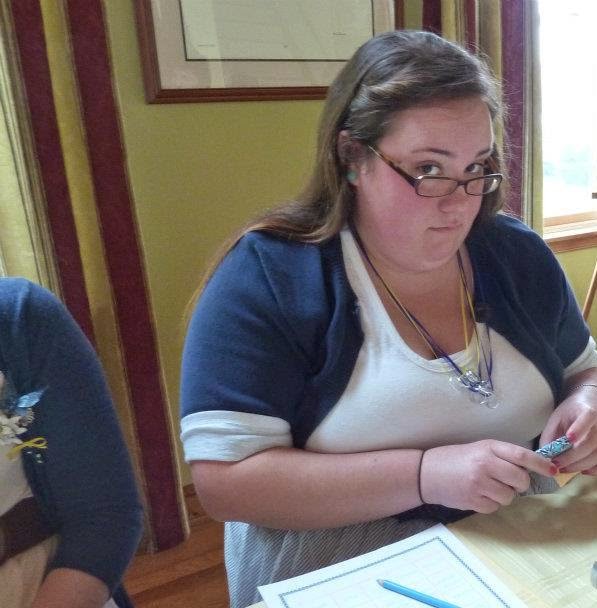 He continued to fumble and bumble over his words, and Andi said,
"I love when you can't form a sentence."
That's normally an aphrodisiac for me as well.

Nick pulls out a story that Bella he wrote, and also where he drew himself incredibly fat.
They did a flashback of their time together which was the stalest of the stale cheese.
Finally he tells her he loves her and they make out for years in the R. Kelly sponsored Fantasy Suite, where we all know there was a little Bump N' Grind.
Sorry...my mom reads this.
That was too much.

Final thoughts on Nick before the finale:
I don't think I hate him?
If a math problem and golf had a boring baby it would be him.

The next date was with Josh.
He said that he got a pit in his stomach whenever he was around her.
My first thought was that it was the street food he's been eating, but it turns out it's love baby.

They walked around the city and he was actually not that bad.
Did we know he could speak Spanish?
Because he can.
And it was kind of hot. 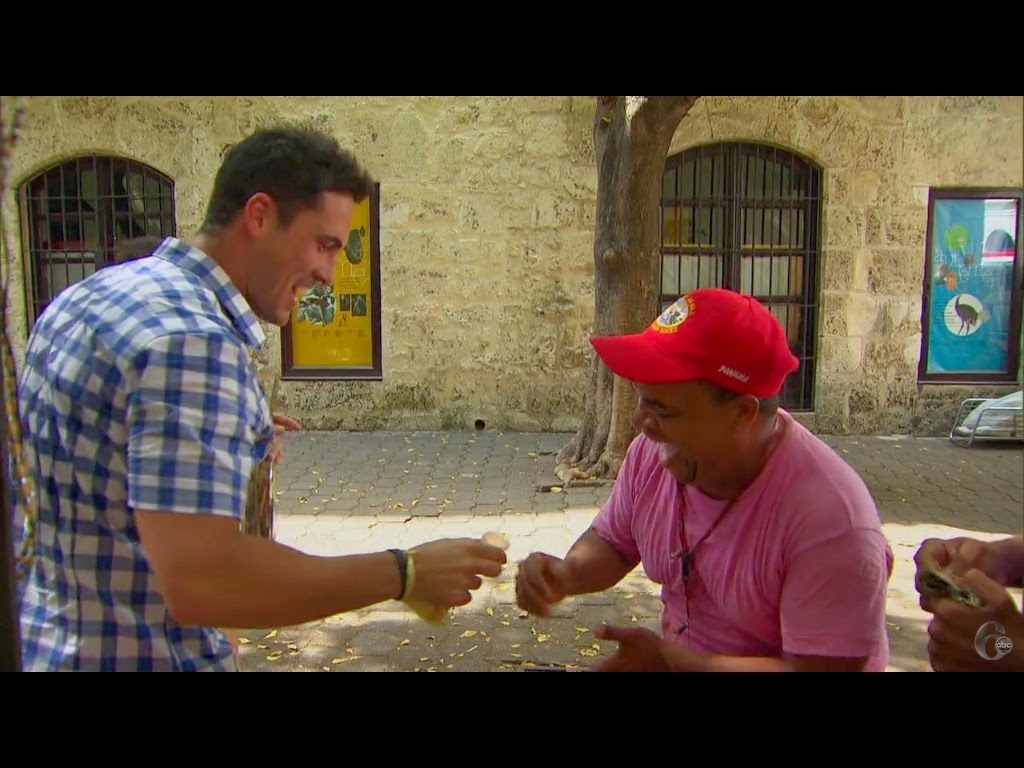 I don't know what happened....because I haven't liked him at all but watching this date I had this sudden epiphany:
For Andi.
Not for me.
I only have eyes for one contestant.
But Josh doesn't seem that bad?
He also doesn't seem like he would keep her in the basement for days (Cough cough Nick...triple cough Marcus).
And he speaks another language super well.
He has a dog.
Good all around dude for the self proclaimed part-time brat.
The were then whisked away to the BoysIIMen


"I'll Make Love to You," and Crest Whitestrips Fantasy Suite.
Quick Question: Are there two different ones?
That's a lot of room reservations and a lot of coordination.
How do you remember which room you go to, if you're Andi.
What if one suite is better than the other?
Does that influence your pick?

I'm stalling because I don't want to recap the date that sent Chris packin' back to Iowa.
She picked a date where they rode horses.
Naturally he helped her on to the horse, which is something that I will never experience, because a man holding and the subsequently lifting me into the air is one of many nightmares I have. 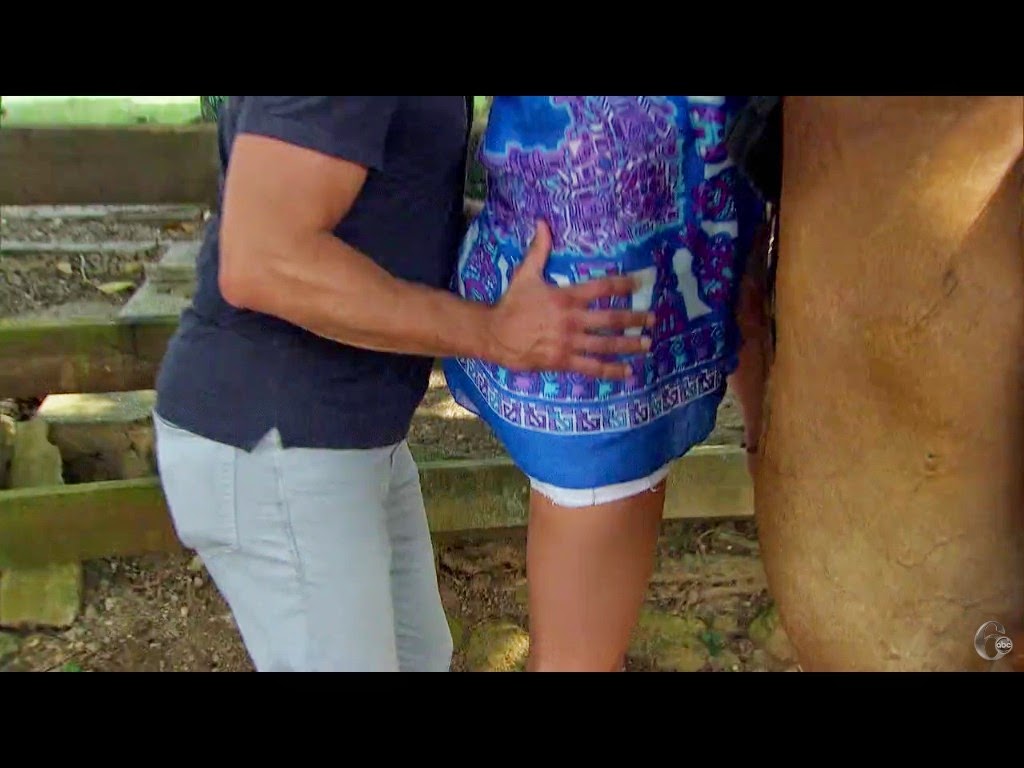 During the date, Andi tell him he has the best family she's ever met.
WHICH OBVIOUSLY DIDN'T MATTER.
They played ghost in the graveyard again and
During the evening Andi brought up the date, and how much fun she had.
She asked Chris how he was feeling,
and he said,
"Not to beat a dead horse, especially after today..."
and I laughed and laughed and laughed, because
humor.

He told her that they would figure something out and some things were negotiable.
She started getting yelly which I didn't love.
Then she started saying that she couldn't blame living in Iowa as the excuse as to why she wasn't feeling it with Chris, because she loved Iowa. 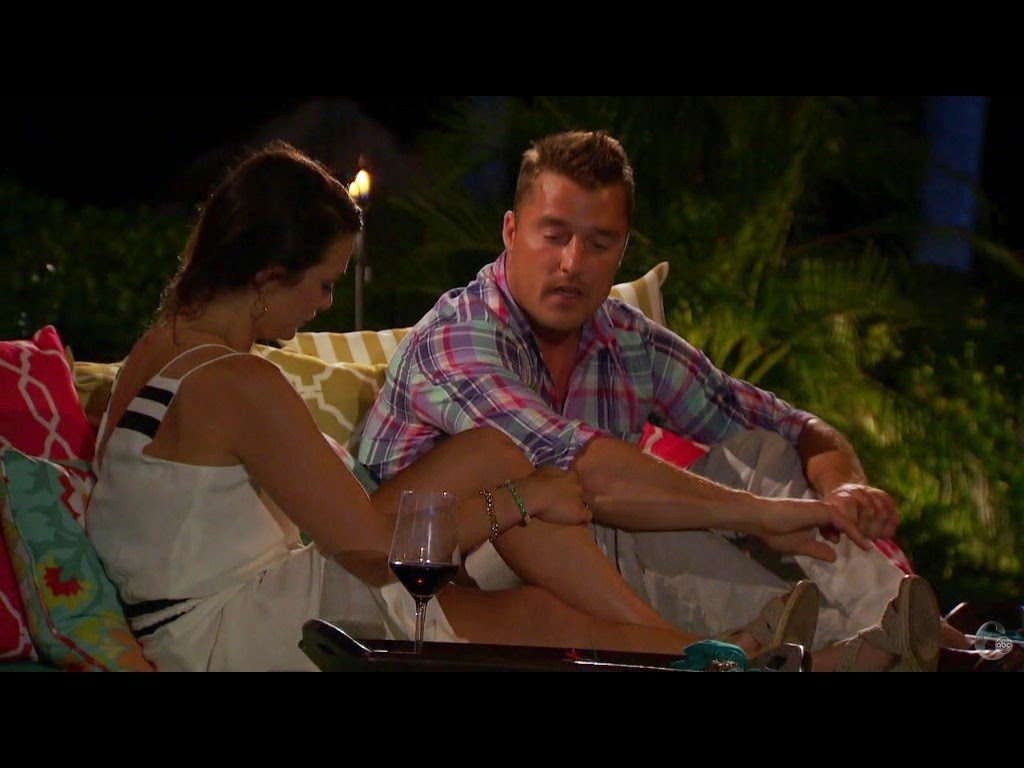 She told him that she couldn't feel the same way about him, and didn't want him to wait for a rose ceremony because she had too much respect for him.
She told him she felt like an idiot, and for ONE SECOND, I felt bad for her.
I do think she liked him a lot. But not Prada backpack LOVED him.

Then the anger came rushing back in and  I was over it.
He told her that she was amazing and but that it wasn't meant to be.

My only concern regarding him not being the Bachelor comes from what he said to her about his dad.
He said that him being away for so long was hard on his family and his dad and the farm.
Maybe he can't justify leaving again for so long?
WHAT IF WE ARE STUCK WITH ANOTHER DUD BACHELOR?
I will weep.

Finally Andi talks to Chris Harrison who is super intrigued:

Andi says she had a little bump in the road with Chris,
at which point I yelled,
"DON'T EVEN SAY HIS NAME!"
She said that she wanted to have a rose ceremony still, because it was important for them to see how much they both meant to her.
If you give a rose without a ceremony, is it really a rose?

Both men stood on the platform and part of me thought one of two things could happen:
A sharknado takes them both out
or
An octagon descends from a hovering helicopter and whoever is left standing wins.
However,
Harrison rolled out and said that the perfect Chris was no longer there.
Both men made it and I wept.

Next week is the Men Tell All.
I'm interested to see what goes on there.
Hopefully Trody bench presses an audience member over his head.
Maybe Chris will say that he saw his future wife in a dream and she looked like me.
Fingers crossed.