So Many Scarves....So Many Problems.

This week Biddy and the Beasts took Brussels.
I was hoping that someone would step up and make the joke that their love would continue
to "sprout in Brussels"
and was reallllly let down.
Andi informs us that several different languages are spoken there and then looked out the window into the abyss to show us how deep and thoughtful she is being during this whole process. 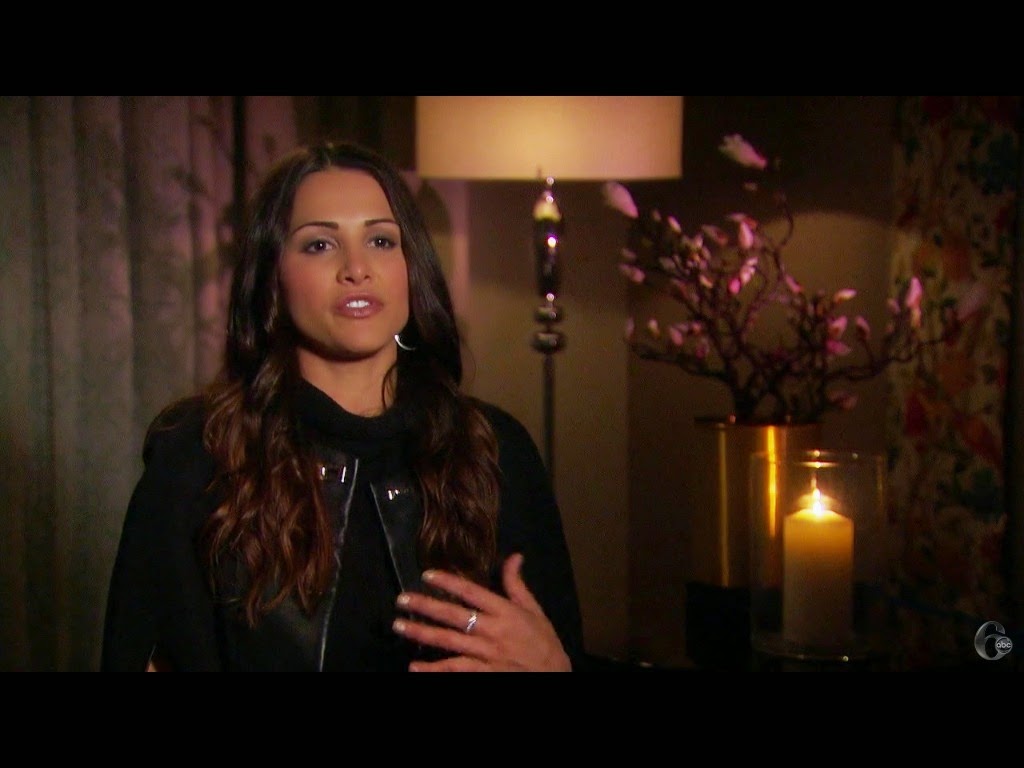 Along with the different languages being spoken several man scarves, marves?, were worn. 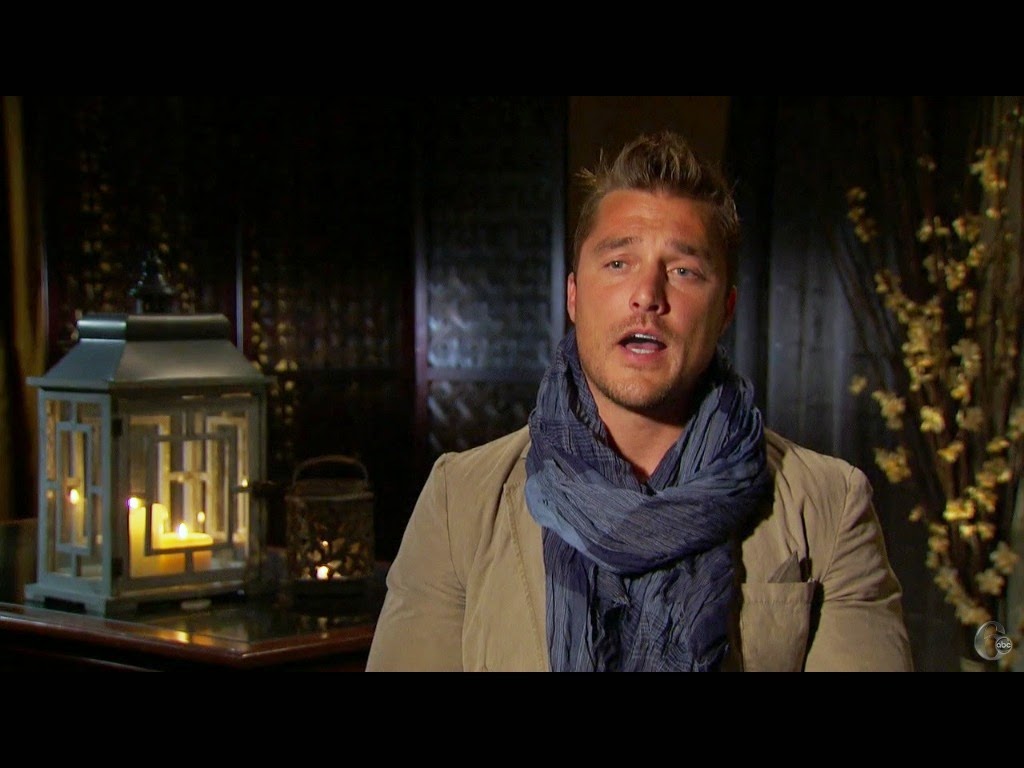 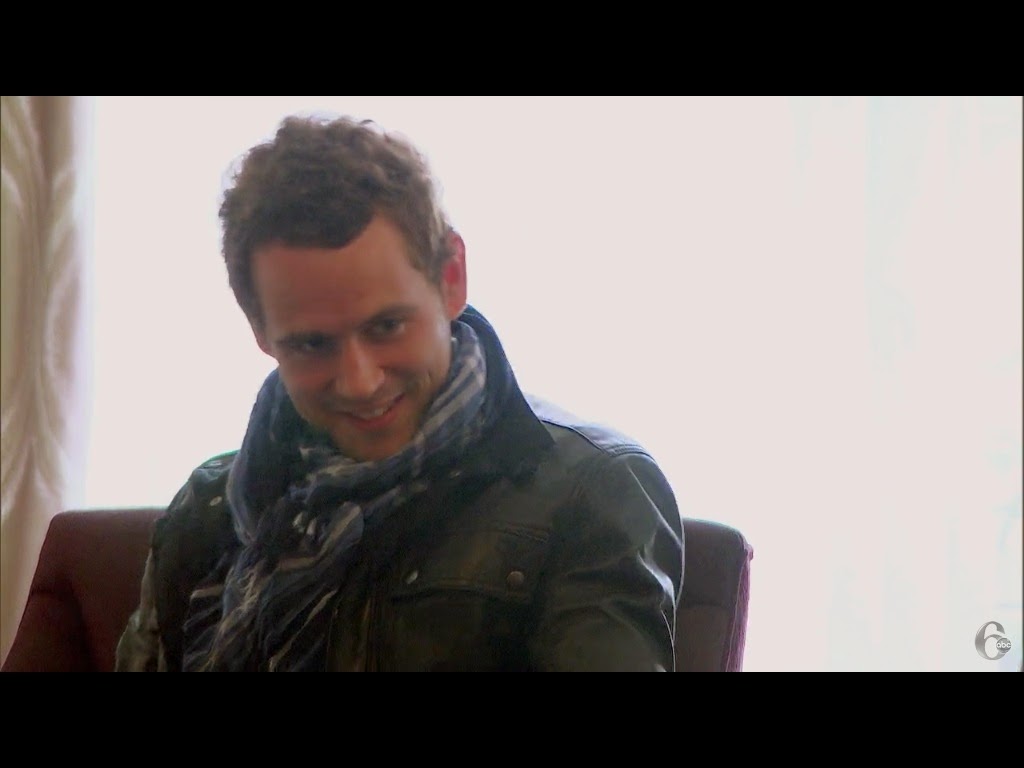 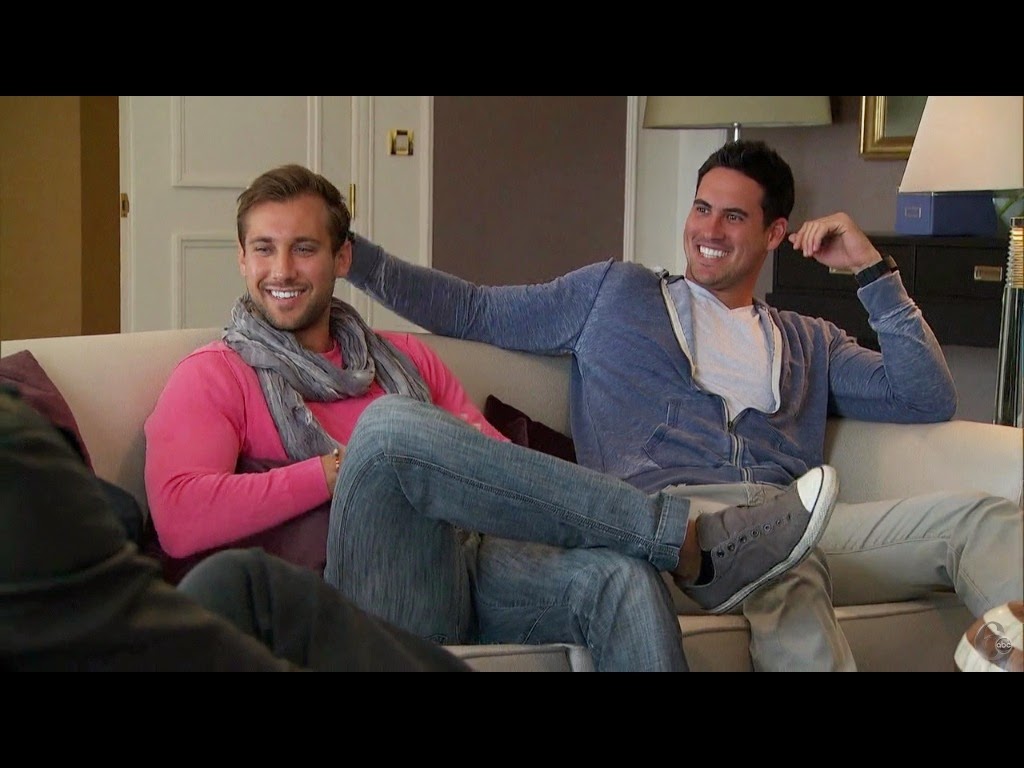 I mean let's be real here for a second.
These men are wearing Old Navy women's scarves and I need them to knock it off.

The first 1:1 date went to Marcus.
They walked around the city, "immersing themselves" in the culture according to Andi.
Marcus told her that he hasn't stopped smiling since he met her.
Her response:
"Except for that time you said you wanted to leave."
Seems like an appropriate time to bring that up....
During lunch Marcus told her how happy he was how he had been writing in his journal about the whole experience.
I imagine his journal to look something like this: 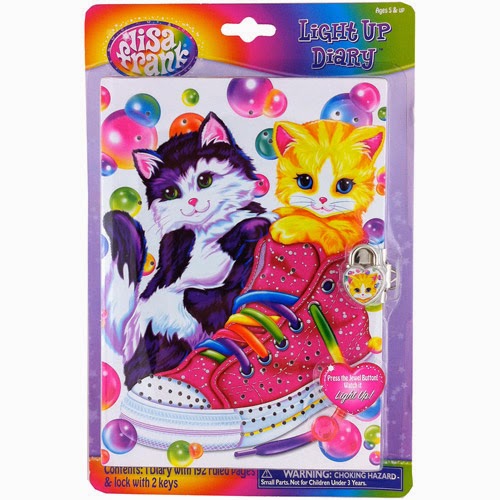 Andi asked him if what he had written was "good stuff."
He said,
"Yeah of course."
and then SHE said
"But you wanted to leave..."
Let's get this straight.
Marcus told her he wanted to leave because he was scared of his feelings for her, not because she sucks and he hates it.
She is asking to "see how they feel about her," but it seems like she's fishing for compliments and I'm over.it.
And by over it I mean....whatever I'll watch it.

Later in the date Marcus continued to open up about his father leaving, and his mother hitting him, and getting through their painful past.
Andi tells Marcus it is NOT his fault that his dad left.
Marcus was like, "Yeah it was more about the abandonment thing at that point...."
Like Marcus was waiting for years for someone to tell him his father leaving his family was his fault and then Andi just shows up in Brussels and sprouts the truth (nailed it) solving all of his issues.
Annoying.

This was actually the first date they've been on where I didn't feel like Marcus was going to cut locks of her hair to later knit into a sweater.
Dare I say it?
I kind of liked him this week.

Back at the hotel Marcus informs the guys of his good date, and Nick decides that he needs to make moves.

So, he sneaks, a la Courtney, Claire, and Sean to steal a minute or 60 with his #1 boo.
He goes to the front desk and tells the woman that he lost his card, and forgot his room number but knows the room is under his wife's name.
THEN THE WOMAN GIVES HIM THE KEY TO THE ROOM.
Remind me never to stay in that hotel, as I will definitely get "Taken" as opposed to room service. 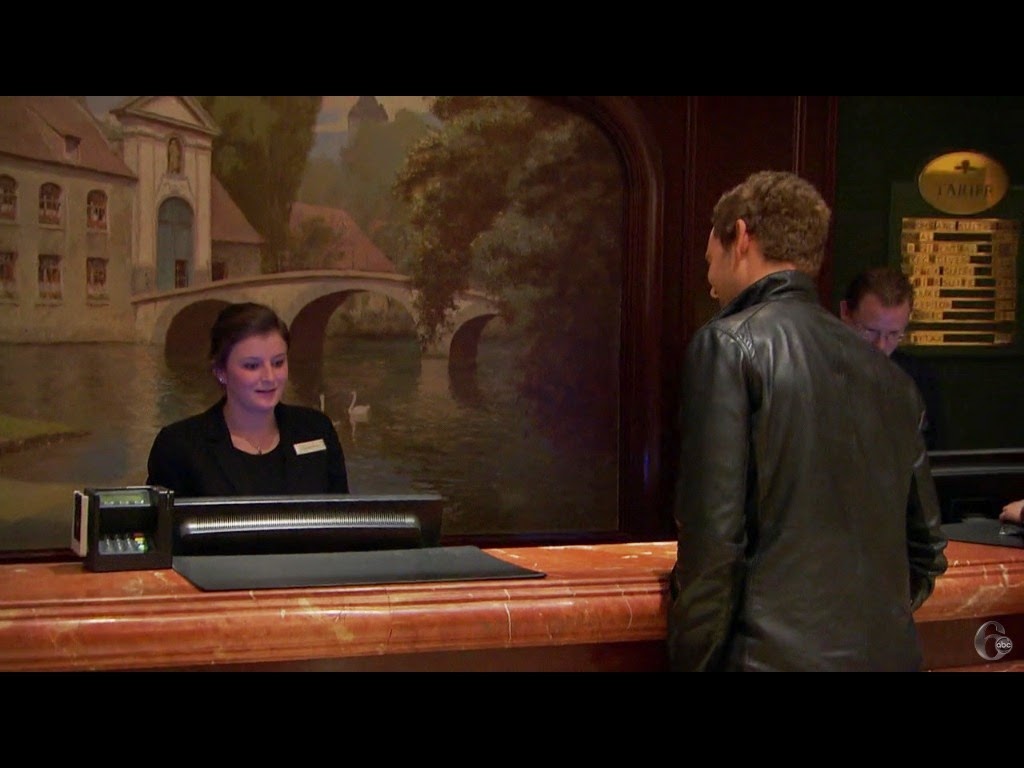 He showed up to her room, and Andi acting like he showed up with a cartoon sized check and balloons, couldn't believe he found her. 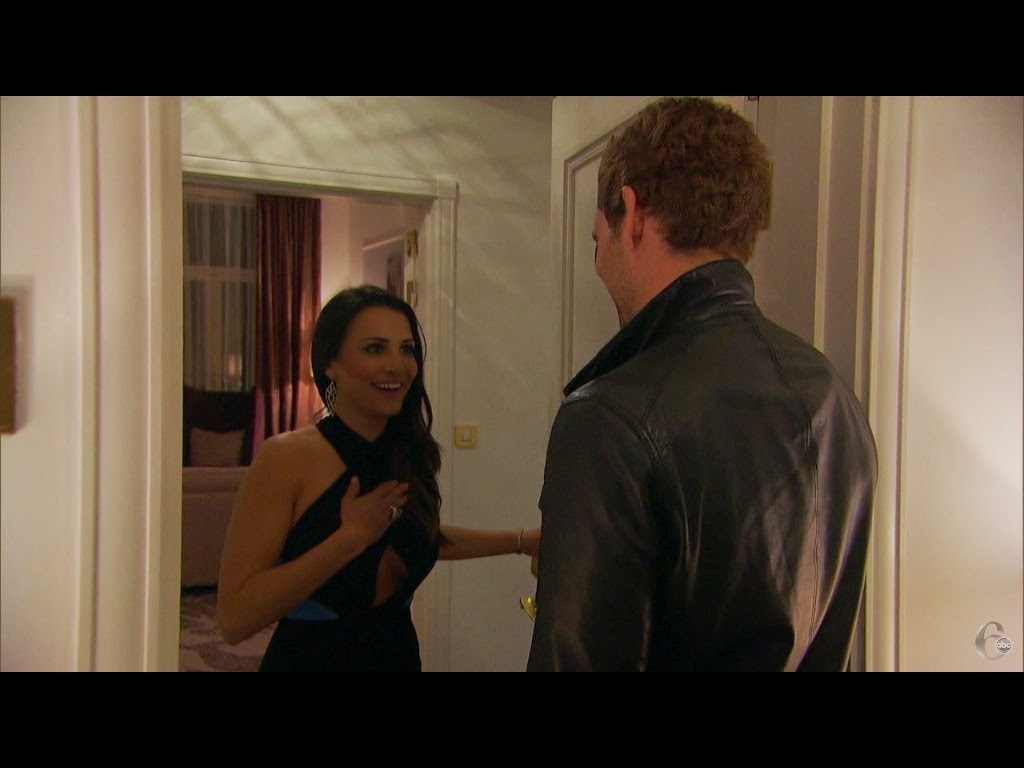 They go on a mini 1:1 excursion where they make out hard against a tree. 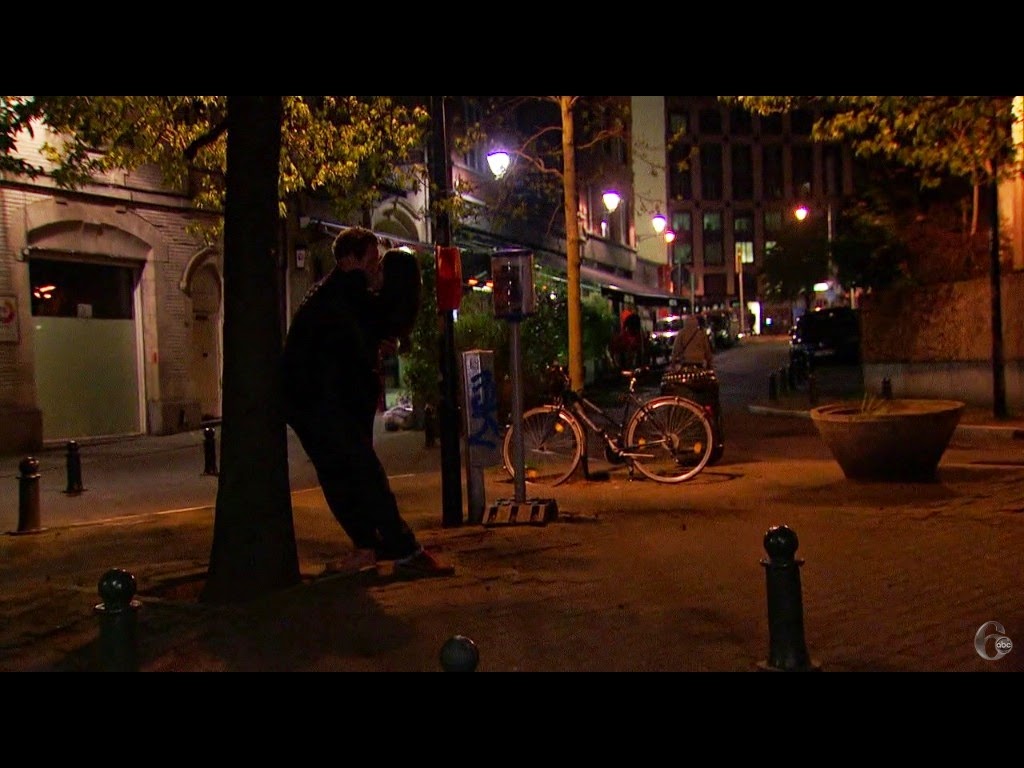 The second 1:1 was with Josh where they took in a goose parade. 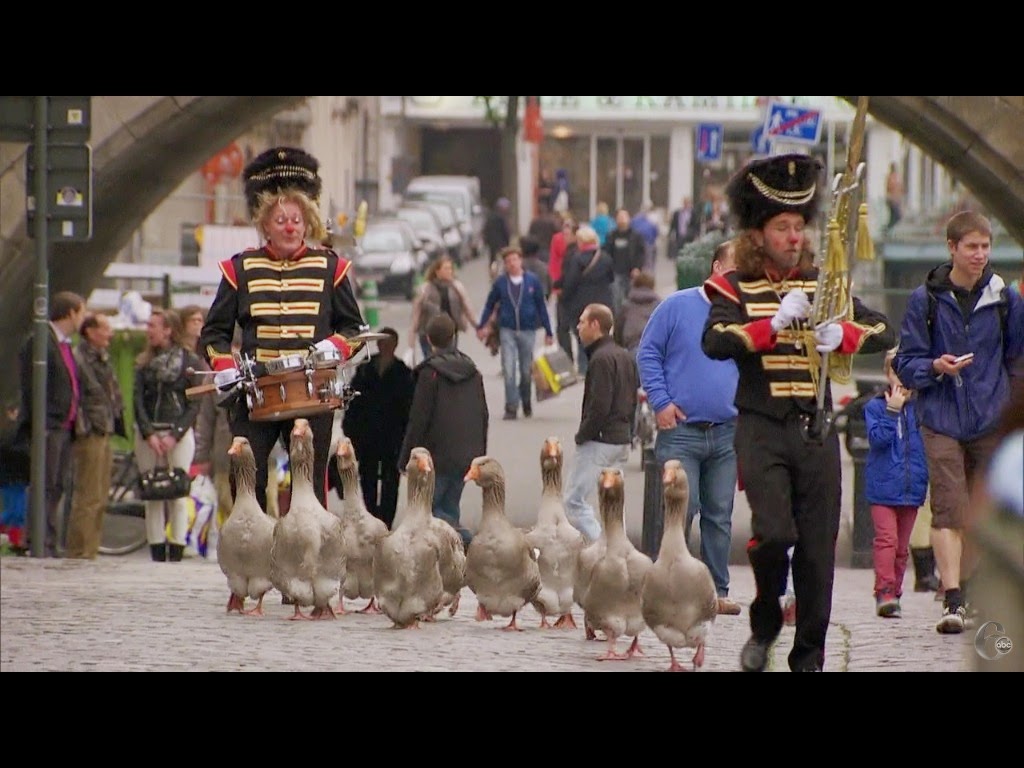 Andi says that she's excited for this date because she feels like she doesn't know where Josh is with his feelings.
I literally have no idea how she could know how he feels because he has told her so many times that he's into her.
However, she needles him into finally telling her he is falling in love with her.... 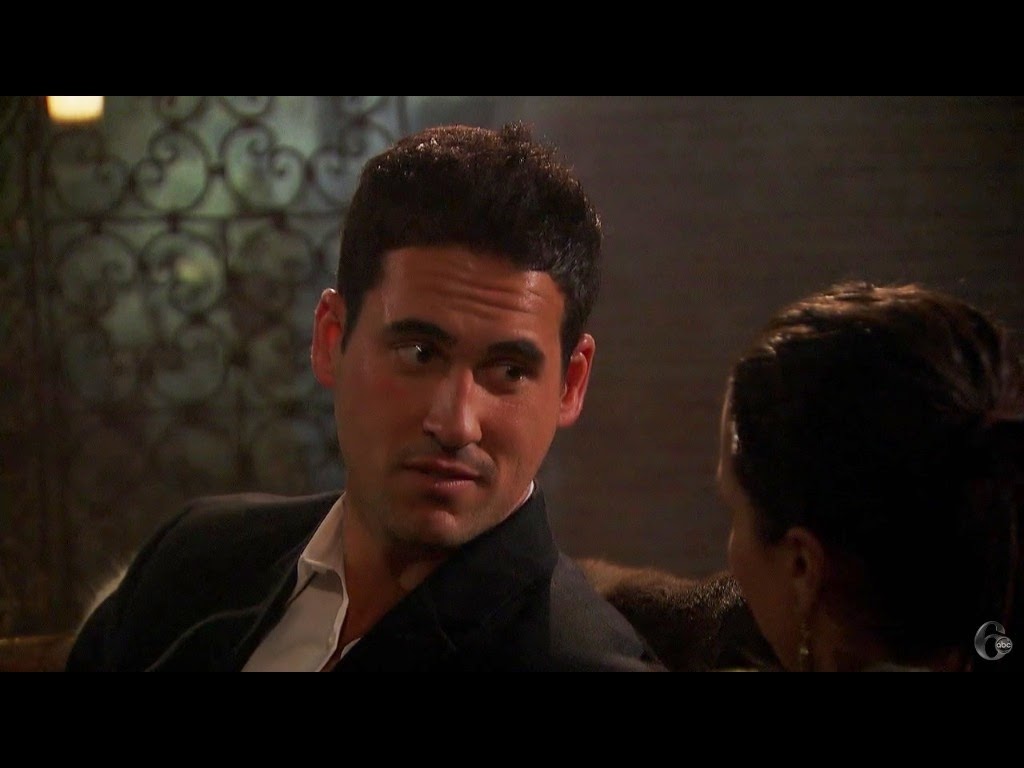 and then they make out in this poorly lit castle that looks like a set to a bad 1980s music video featuring Meatloaf. 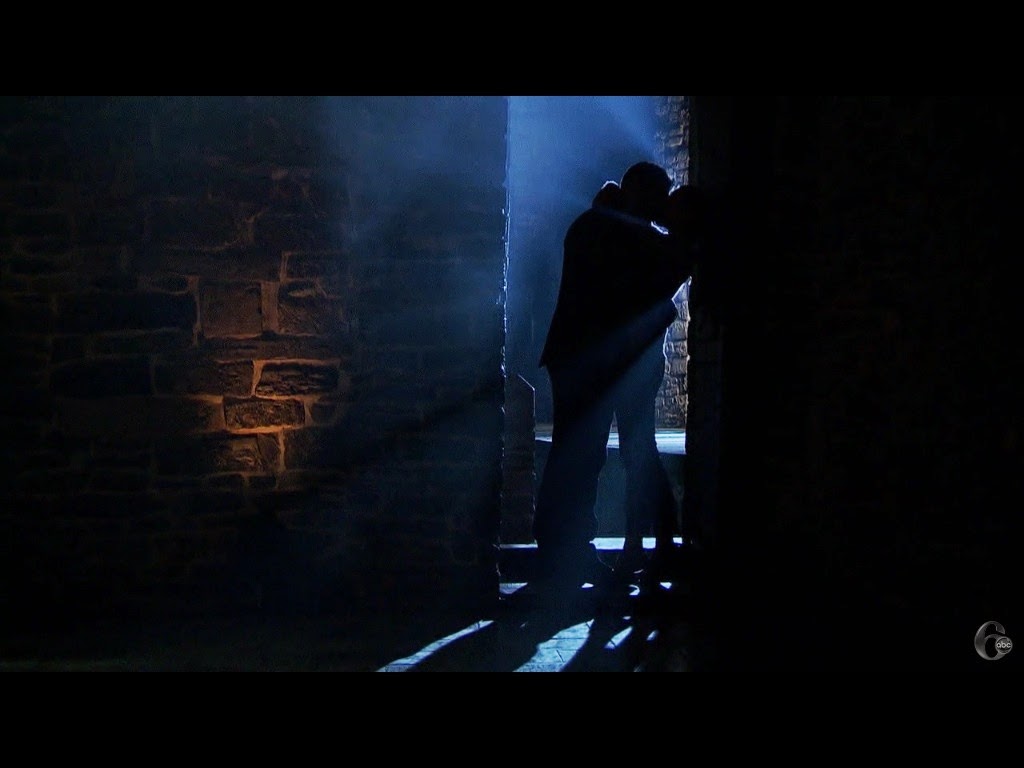 Andi told Josh she had one more surprise for him, and what do you know...
a "surprise" concert.
At this point let's just call them concerts because no one is effing surprised.
Even the people who never watch the show in Brussels know it's for a date on "The Bachelorette."
They slow dance in front of a crowd, and end on a high note.

During their date I began to recognize who Andi reminded me of:
The wife from the, Jake from State Farm, commercial. 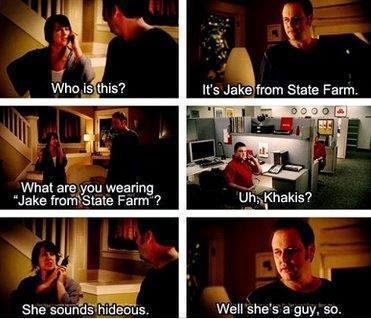 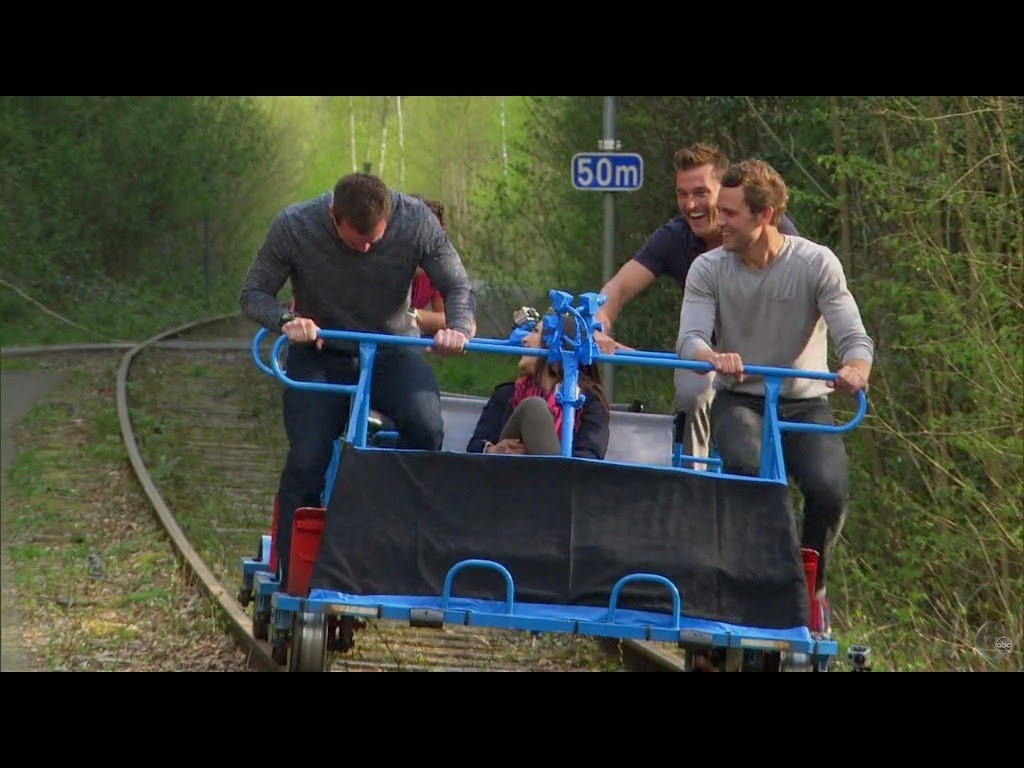 They find out that they are the sexiest locale on earf, the oldest monastery in the world (or something.)
They are also told that they are about to be on sacred ground so no kissing allowed within the walls, AND that whoever gets the rose on the group date goes straight to hometowns AND gets 1:1 time with Andi while the remaining men go home.
Whew. There were a lot of rules on that one.

Andi pulls Chris aside for 1:1 time outside the walls in a literal Pottery Barn.
So to be clear, he's recreated "Pretty Woman" and "Ghost."
MY HEART HAS EXPLODED. 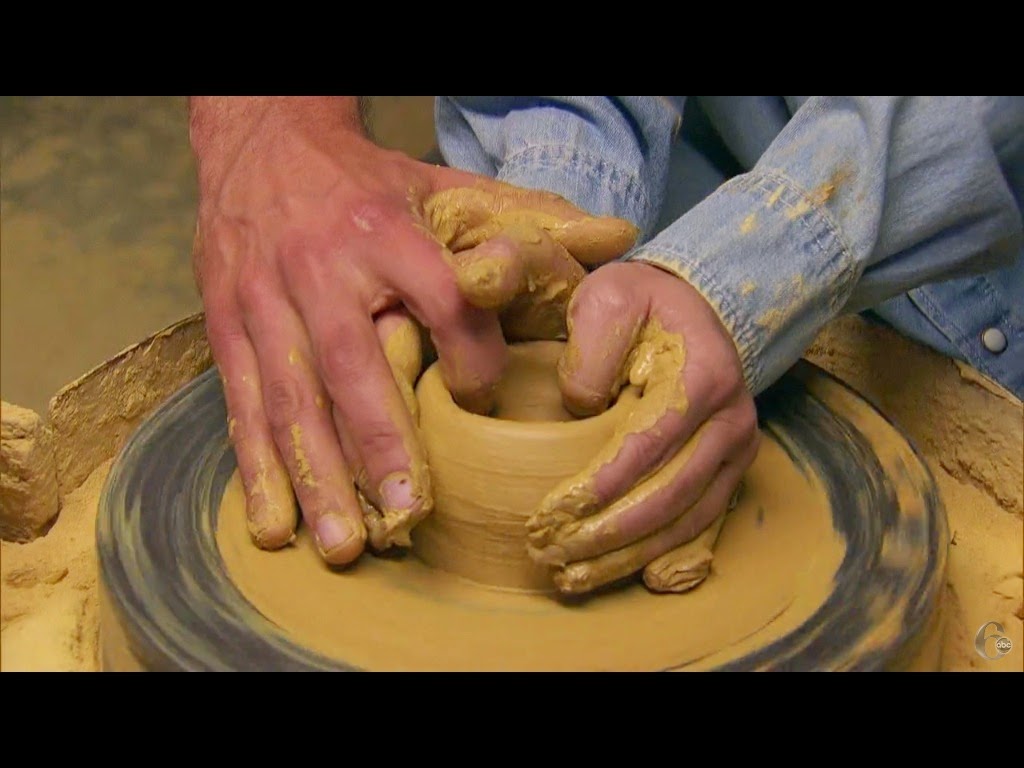 Back within the walls, Nick is literally kicking rocks alone, when he decides it's his turn to pull Andi aside.
They make creepy eye contact since they can't kiss for an awkwardly long amount of time. 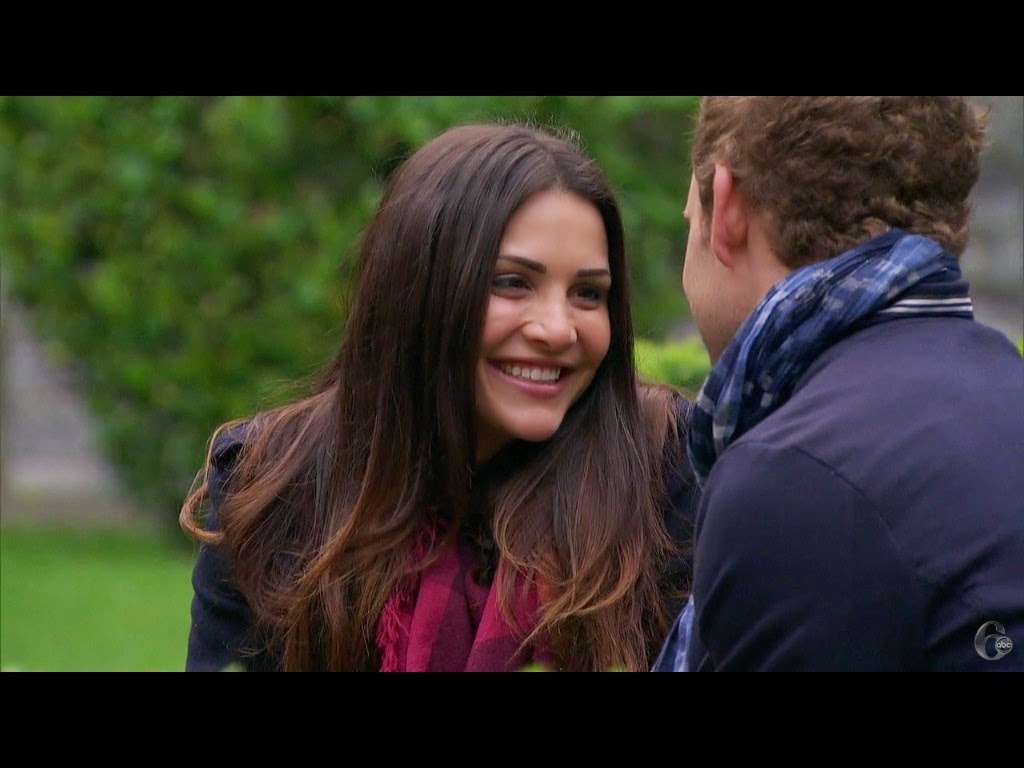 So long that even my dog, Doug, was uncomfortable. 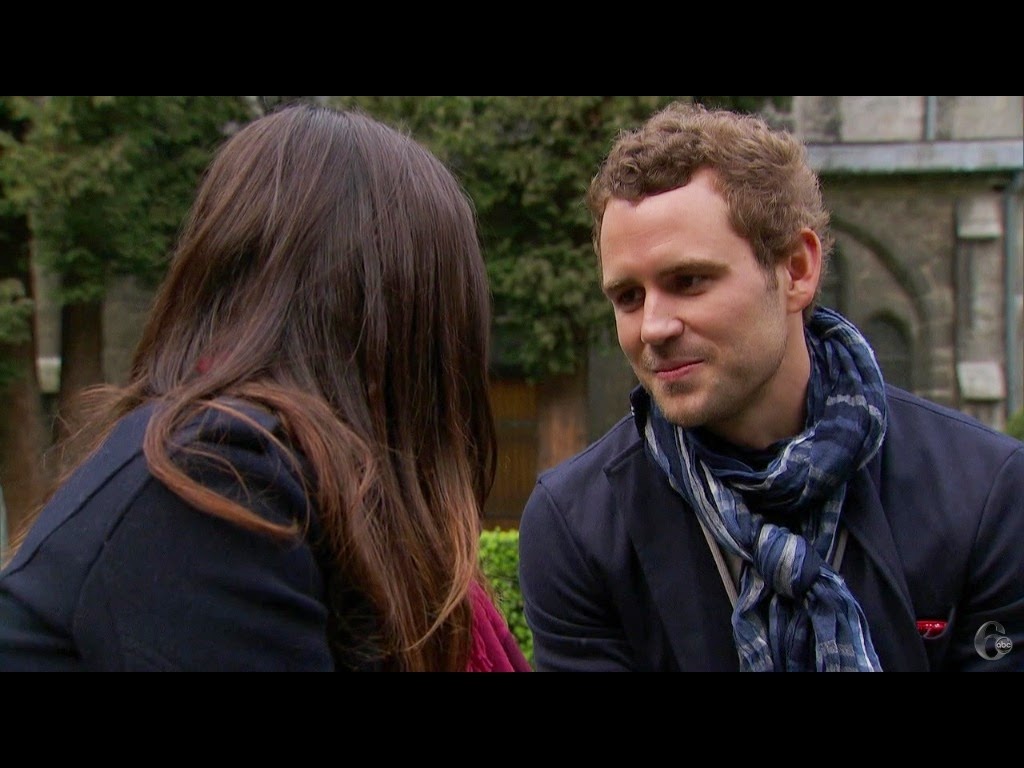 As she sits next to the most perfect human on the planet, Andi decides to give the rose to Nick.
The remaining 3 guys pile into the car and drive away, and they are PIIIIIISSSSEDDDD. 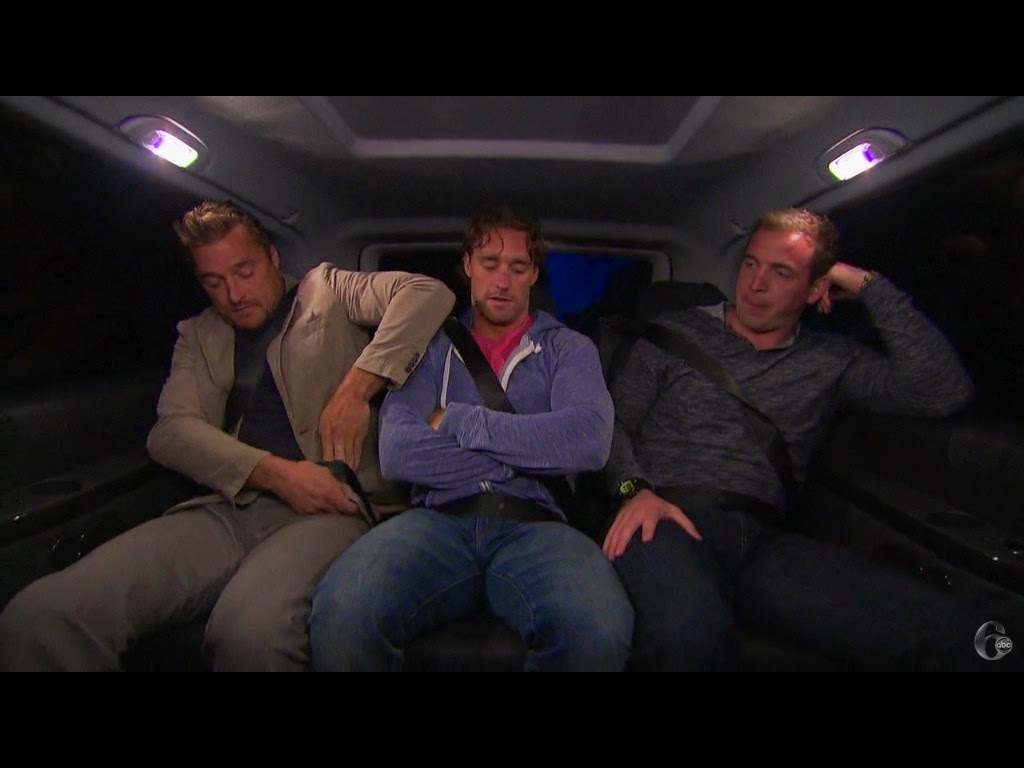 Nick on the other hand is moonwalking thru the grounds because she is going to meet his family.
They make out and instead of a concert they are treated tooooooooo:
FIREWORKS.
Neat.
Nick tells us that Andi feels like his other half.
The world then barfed. 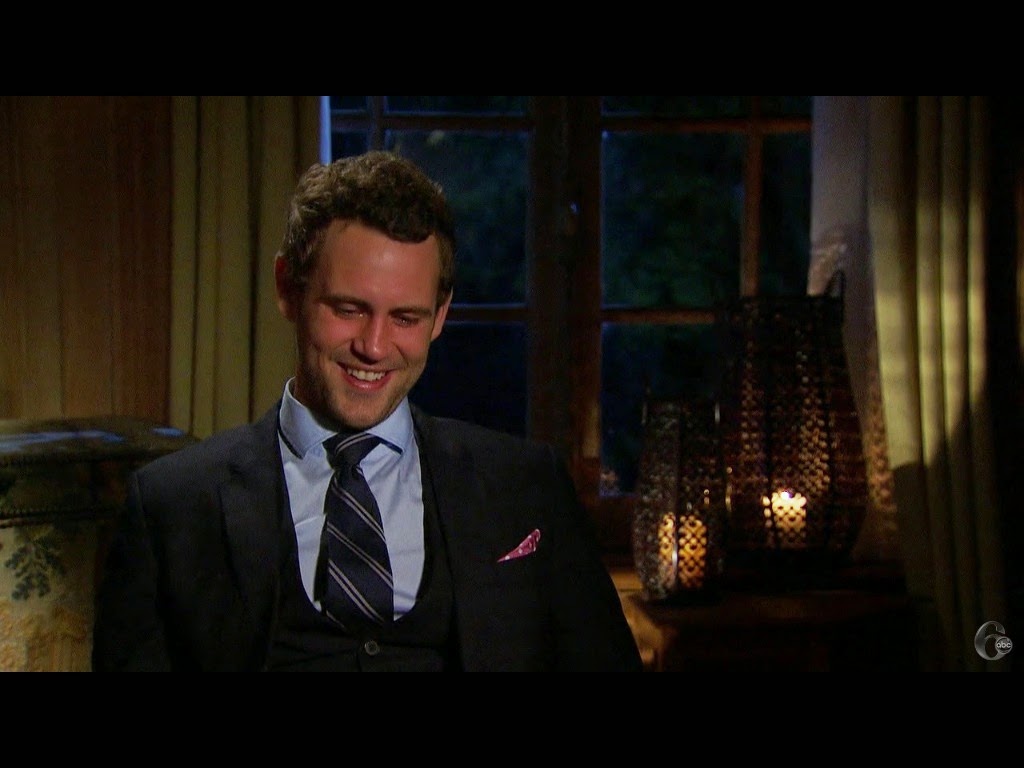 Back at the house the guys all confront Nick and tell him he only talks about strategy and not about Andi.
Marcus, attempted to impersonate Olivia Pope, as best as possible, by spouting wisdom over his glass of red wine.

The guys accused Nick of knowing the ins and outs of the show, and were offended that he was planning out the best way to win.

To be fair, anyone who watches 3 mins could pretty much write the rest for you, but sure yes, sharpen those pitch forks because Nick sucks.

The final cocktail party creates a sense of urgency for the guys without roses and they try to plead their cases for hometowns.
At one point Nick interrupts Bryan to have MORE 1:1 time with her.
What a fartbag.
Chris seemingly upset, and wanting to prove his perfect self, 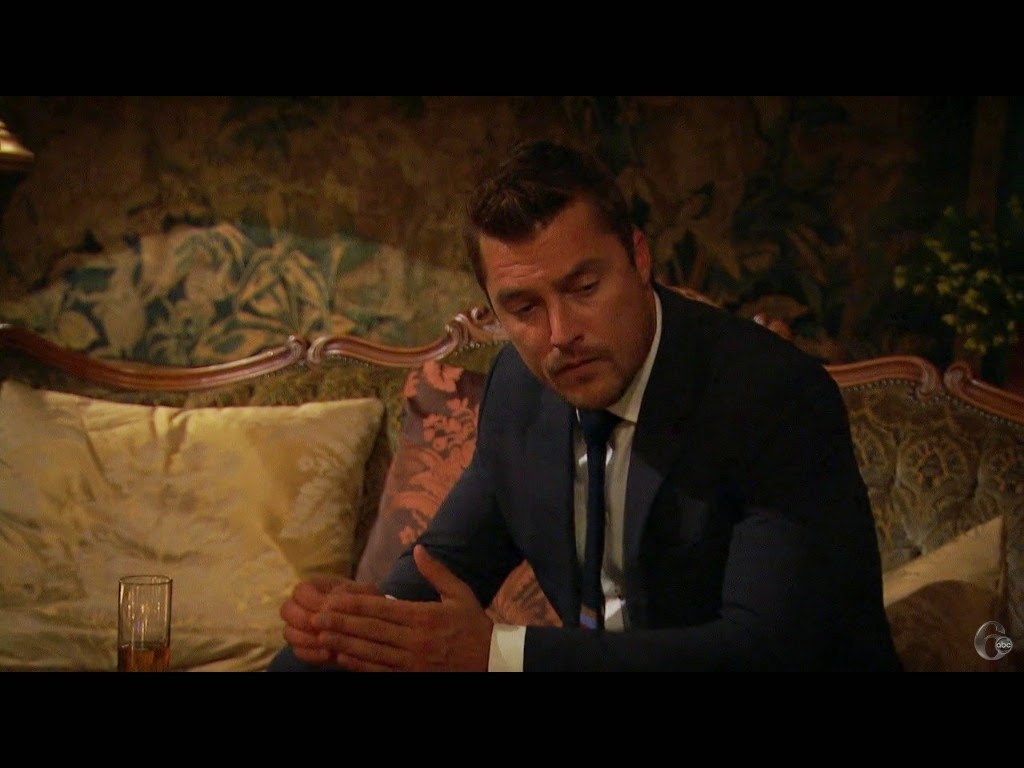 asks Andi to go outside with him, where he makes out with her. 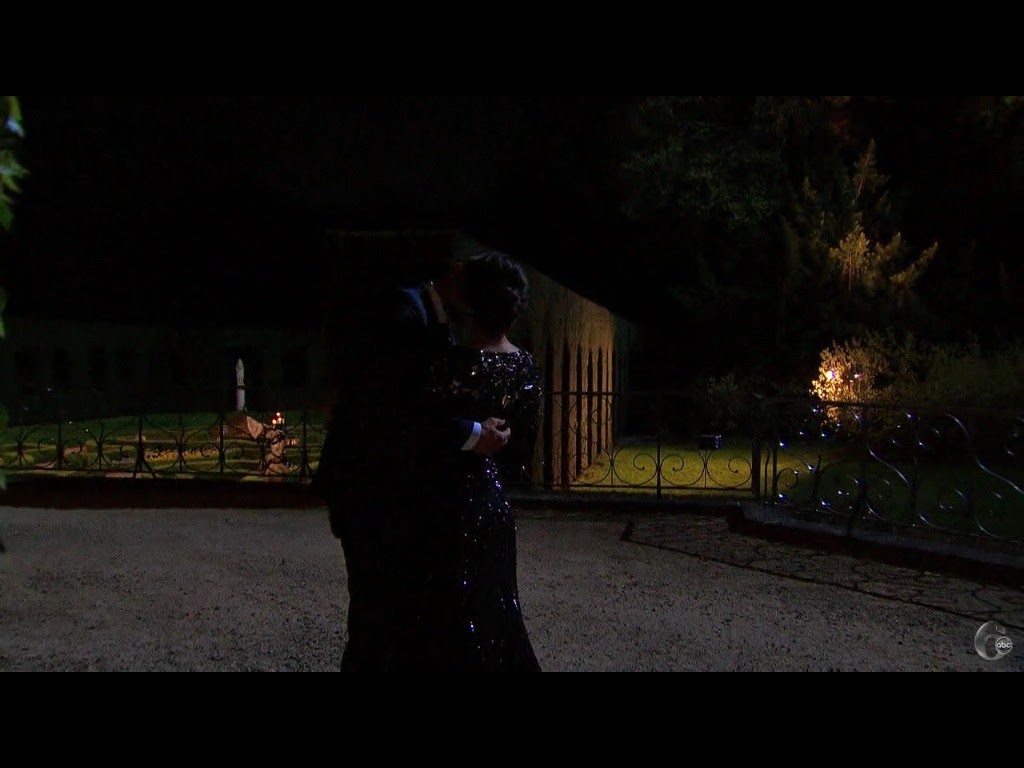 I want to marry Chris yesterday.
Andi seemed to really enjoy the fact that he "planted one" on her, but at this point I'm holding out that he goes home.
Not so that I can move to Iowa and start a life with him (although I'm not opposed to it), but if he leaves then we have a better chance of a Sean Lowe part deux "Bachelor" season.
Be still my heart.

Coach Bryan and Dylan end up going home, and while I'm bummed to lose the Coach, I think the 4 guys left will spice up the dramz.
My predictions for the final 3 are:
Marcus, Nick, and Josh.
But who knows, maybe Nick shows her the prototype of the skin suit he's thinking of making out of her and he's kindly asked to leave.
Email Post