Last week, I had half a post done, and then got distracted and never went back to it.
This week I missed the first 14 mins and didn't have time to catch up.
So I'm going to give the recap of 1hr and 46 mins that I was able to watch.
And then I'll think about what I did and be better next week.

When I tuned in, Elise had been given a date card for her first 1:1 date.
Ashlee was fuming as she stirred her witches cauldron, because she deserved to go on a date with Graham.
Lacey, an old pro and officially a common law wife of Robert in Bachelor standards, said that Ashlee was being terrible.
Lacey enjoyed all of the time she was spending with Marcus, and Ashlee should learn to cherish that as well.
Old couples have the best wisdom to give.

At some point Danielle showed up asked Marquel on a date.
Marquel moon walked and it was a pretty lame time.

Meanwhile back at the house, Elise asks Chris to on a date with her, because he signifies hope.
To Chris, Elise signifies a smokin' hot body.
On his way back to the house, or in the ocean, or climbing out of his douche castle, Chris blows out his knee.
And then only talks about how bad his knee hurts for the rest of the episode.

During the date Elise talks at him, about how he is her prince charming and how he will be blessed for being so good to her.
Chris said that she talked a lot but essentially was ready to get it in.
I believe his words were "I'm ready to get down and dirty."

In the pool they make out while he yells about his knee.
It immediately reminded me of the "lovahs" from SNL. 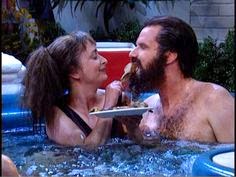 I was waiting for Chris to yell out,
"OW MY BACK."

The next day they go to the hospital and Elise goes on another long monologue about how Chris's pain is the reason she came to Paradise and how badly she wanted to be a care taker for him.
Chris essentially ignores her as she gets him ice and water.
Fantastic Sarah tries to talk Elise out of buying a wedding dress on ebay, but Elise pushes back and says that she's ready to be hurt.
I don't know if she is a robot or if she ate a lot of paint as a child, but she dumb y'all.
Real dumb.

Meanwhile Michelle is trying to convince us that she has a real connection with Robert.
A DIAL UP CONNECTION.
Ha.
Get it.
Because it's lame, and doesn't work?
No?

She and Clare plan a double date, that was actually zero percent cool.
Sarah (my favorite) was left in the house, upset because she felt like she made it pretty clear she liked Robert.
Then she cried, and thought that Robert was too good looking for her, which made me want to start crying because she's the most normal and great.
I got a soft spot for lack of confidence.

Michelle really laid it on thick, and let Robert know that he was her type of guy.
To be honest I think her only requirement is breathing.

As everyone was hanging out on the beach someone began to walk towards the bonfire.
My initial thought was: "Duh, Little Mermaid."
My next thought: "It's the start of a swarm of Graham's rescue team to save him from Ashlee."
My last thought: "Oh it's Jackie from Sean's season." 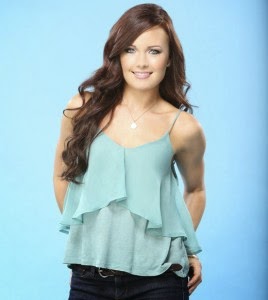 She arrived with a date card and asked Marquel if he would go with her.
He immediately said yes, and Michelle became a fire monster.

According to her, CLEARLY Marquel was there to seek out every opportunity and find a relationship.
Sure that's one way to look at it, but maybe he's not trying to settle and exploring people who seem to be interested in him.
I think that's called dating?

I did feel kind of bad for Danielle because she felt like she had an amazing time with Marquel.
That probably does suck, but it didn't really seem like he was that into her from the beginning.
I don't hate the game he's running, but that could just be because I love him so much.
Ya know because we're bffs and all.

During his date with Jackie, I thought it was one of the more entertaining and natural ones of them all.
She seemed funny and wasn't just telling him how much she liked him from the tv show she watched.
I dig them.
They make sense.

Back at the crazy hut, Ashlee asked Graham to go on a date with her.
Not long before that we were treated to a special scene where he confessed how terrified he was of Ashlee to Michelle.
While Ashlee expressed how "hot" her and Graham's babies would be.
Can babies be hot?
Like has anyone ever seen a hot baby?
I'm gonna go with probably not.
Cute?
Yes.
Hot?
No.
Beyonce is hot.
Blue Ivy is not.
She also said that she couldn't wait for Graham to meet her dad. 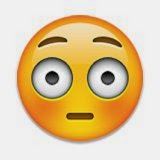 During their date (in the same location as Chris and Elise's night of passion) Ashlee wore a long tight tank top and wedges.
Oh I'm sorry, this just in, what she was wearing was considered "a dress."

She told the camera that she was gonna get what she wanted and that something was Graham.
She said that he was everything she wanted in a man, and he was ELEGANT.
The words, "I follow your social media accounts," was her response to why she liked him so much.
If that's an appropriate answer in telling someone why you like them, then I should have Adam Levine, Justin Timberlake, Sean Lowe, and Farmer Chris as my brother husbands.

She also said, she didn't care if he wanted to sleep in two rooms or not, she was going to have her man.
Because ya know, she's a free spirit.
I guess, free spirit is what we're calling "bunny boiler" these days.
During the rose ceremony Michelle tried to prove so hard to Robert that she was the one for him, while Chris B. was carried into the living room like Regina George.