To go to a boy band concert.
At least that's what I told myself as I entered Lincoln  Financial Field to see One Direction.

A co-worker of mine and I had been talking about our mutual love for One Direction all summer and mentioned how we'd both love to go to their stadium tour.

To be completely honest I would always try to say
"Yeah I'd totally go" with a little sarcasm just in case she wasn't 100% invested in screaming and making t-shirts that read,
"Will Marry Harry" on them.
Because in my heart, I was that committed.
However, when she emailed me that she got tickets and that we were going I immediately dropped everything and made a playlist dreams are made of.

As a seasoned boy band concert goer I felt like I was cheating on my true loves: 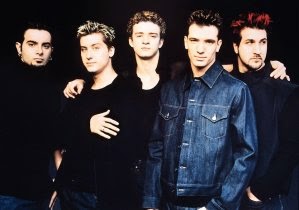 Would a concert by any other group of five be as sweet?
No.
Because nothing will ever beat them and they are perfect, and if you want to get into a BSB v. NSYNC battle I will gladly take off work tomorrow, create a message board, and wage a war of words.
Screen name: NSYNCwithmypriorities86

However, there were things about the One Direction concert that remained consistent with the concerts I went to in my youth.


An opening act that you loved and were planning to become further obsessed with when returning home.

One of the five times I saw NSYNC (that was a brag I can't even get around it) I fell in love with SoulDecision.
That one kind of backfired... mainly because they only had one song.
Granted it was amazing but still.

1D had Five Seconds of Summer open for them and let's just say I never get "Amnesia" amiright? 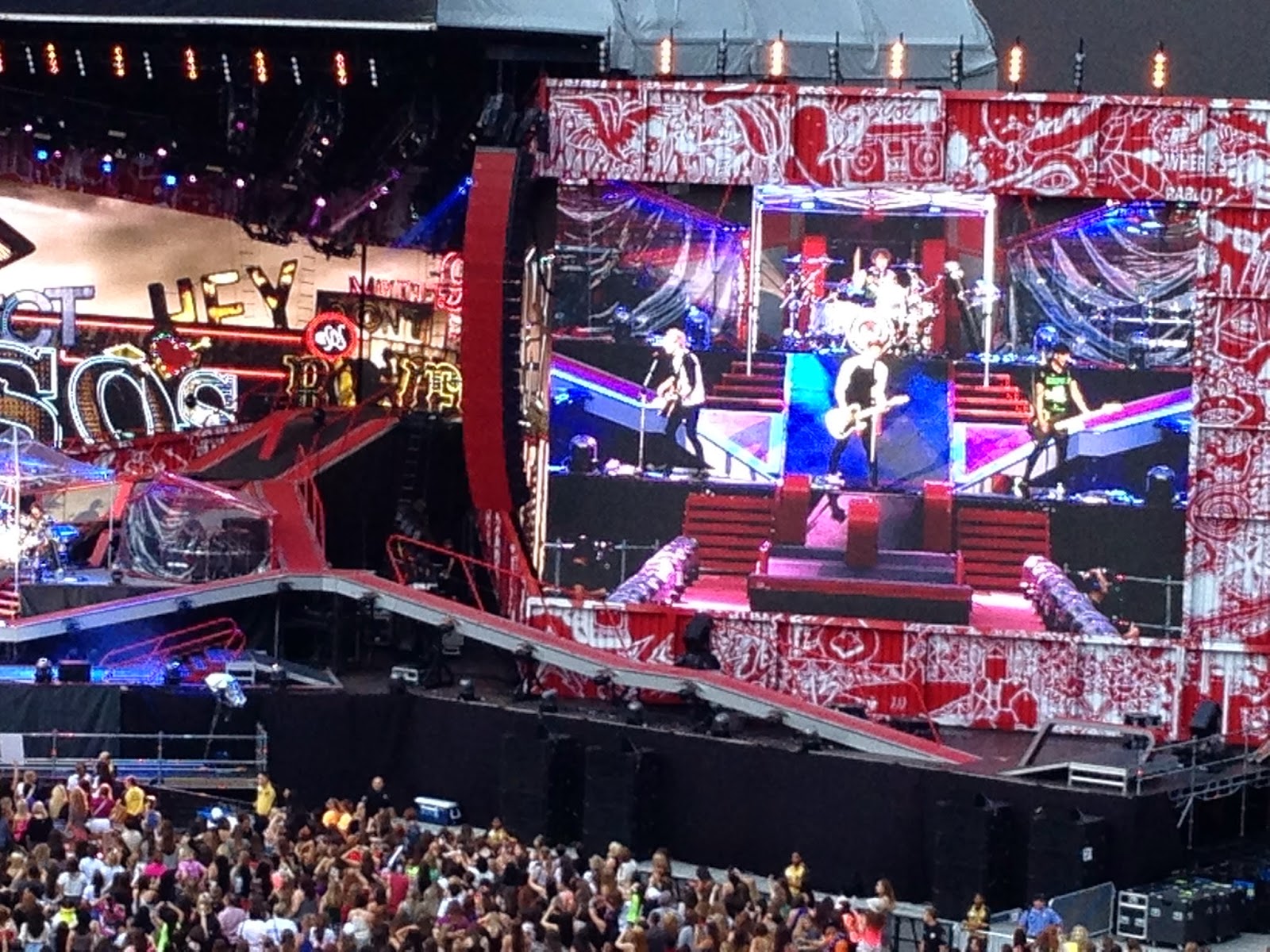 Every good NSYNC show had a wave and this was no different.
Teenage (and 20 somethings) go ape over a wave that went all around the stadium, and if it went around TWICE.
Forget it.
Make two wishes on 11:11 because your luck was going to sky rocket.

During the intermission between FSOS (that's what the kids call them) and 1D there was a huge thunder storm.
You know that when teenagers get wet it causes them to act much like gremlins and lose their effing minds.
The wave was intense, a little aggressive, and very successful.

Parents that don't know what they've gotten themselves into.

The first time I ever saw NSYNC was because my dad won tickets from a lottery at work.
About 4 songs in and 2 bleeding ear drums later he tried to convince me through the hysteric screaming (mine included) that the concert would "Be over soon, so we should head to the car."
I think I must have had a rage black out and told him to sit down because we weren't going until I could no longer see even a glimpse of the ramen noodled hair of Justin Timberlake, because we remain until the last piece of confetti shot from a shirt cannon fell from the sky.

One Direction parents seemed to be in the same boat as Tim Jones.
Scared but playing it cool.

A girl in the crowd that claims it's her birthday.

One time I did go see NSYNC on my birthday.
However, I pulled a rookie move.
I showed up wearing my best tear away pants, Old Navy logo shirt, and no birthday crown.
You can imagine my shock when a girl claiming it was her birthday and that she had a cold got moved 4 rows closer to my five favorite people on the planet.

It was then that I learned that everyone should have to bring their birth certificate and two forms of identification to a concert if they were going to claim a birthday exemption.

1D fans clearly were up on the gig because two sisters ages 8 and 14 respectively claimed it was BOTH of their birthdays.
And then Harry sang to them.
How convenient.

Screaming for hours and the voices of the guys being distorted.

It turns out that if you scream in a loud high pitched tone for a consistent 5 hours for anything and everything it messes with your ears. 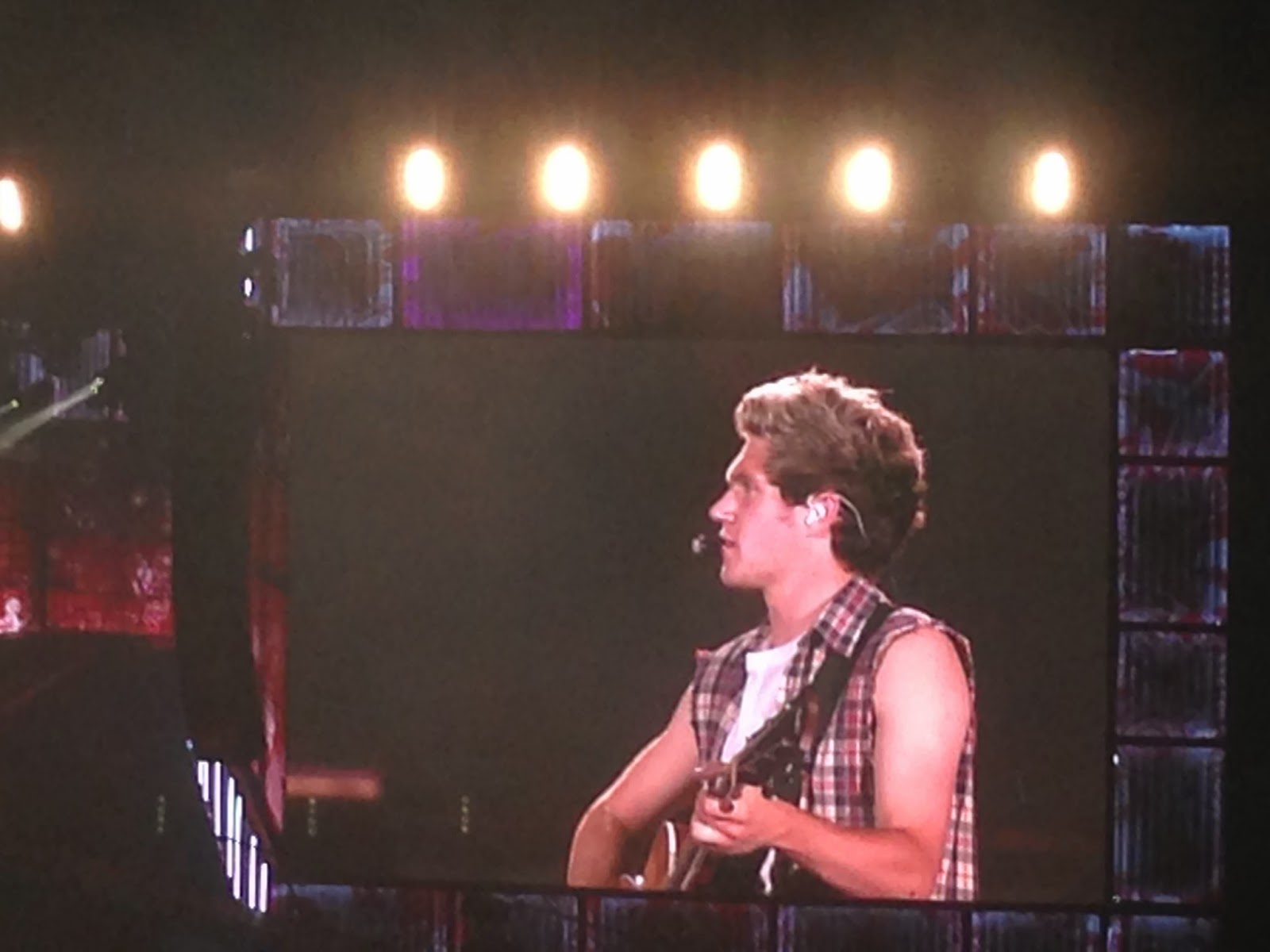 But you just keep screaming because Harry is there... 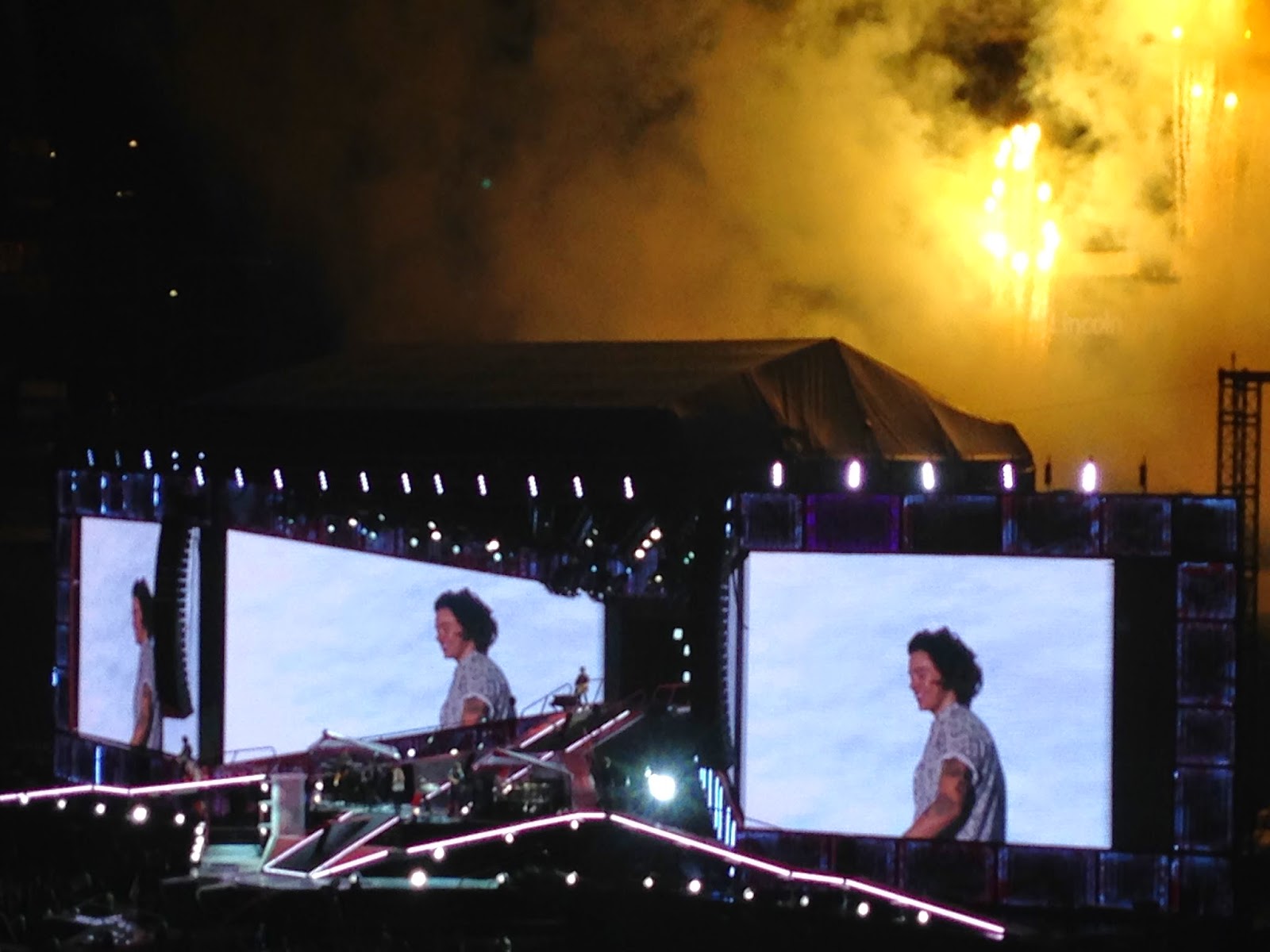 And he's singing "Story of My Life" And is putting a British spell on you... 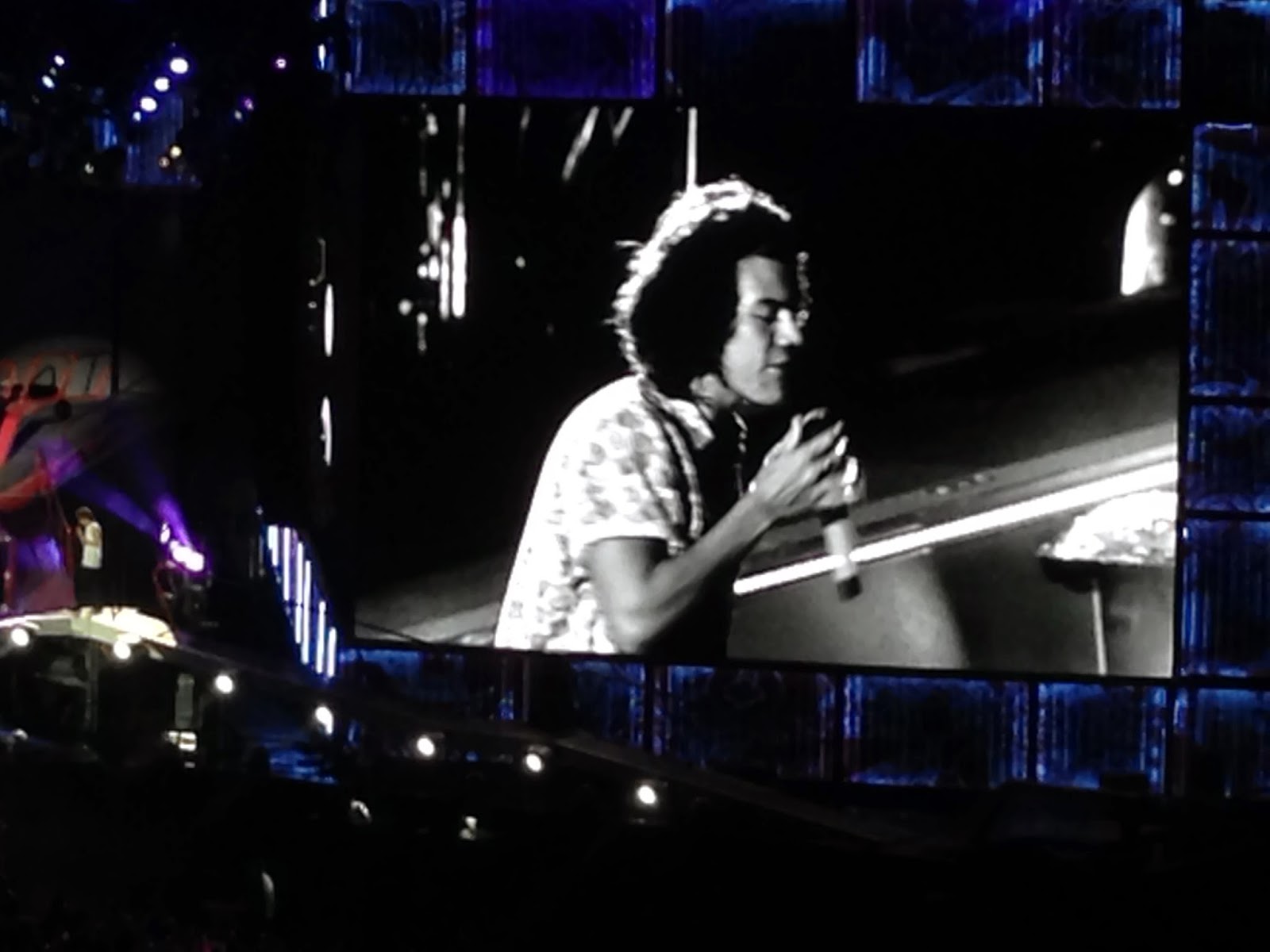 So you just keep screaming and singing because you're 27 dammit and you'll go crazy crazy crazy til you see the sun, and although you definitely didn't get some, you lived while you were young.

(Yes I did try to use lyrics to a One Direction song as closer.
and I regret nothing.)