Y'all this recap took some time to write.
Here's why:
This season is already on my nerves.

Between Chris Harrison giving us life lessons about change and Britt dressing like a fairy princess I thought my eyes were going to get stuck again, like the Undertakers from rolling my eyes so much.

Dramatic reenactment of me below: 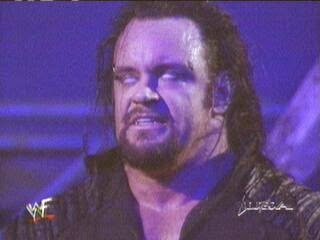 via
Not to mention Britt and Kaitlyn's heavy breathing to hold off what I can only imagine was a barf tsunami.

The episode started with us checking in on the women.
Kaitlyn: not pumped
Britt: practically acting like Cinderella.
I was half expecting a bird to tie a bow in her [allegedly] unwashed hair. 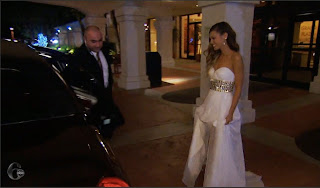 There are so many men that have the same names, that I have to go back to my recap rule of nick names until probably the final four.

First up was Jimmy Neutron 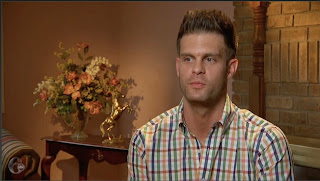 This guy really played me.
Tattooed lawyer--be still my heart. 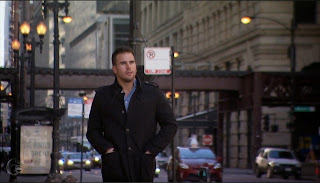 Wait he's also a firefighter?
I hope he goes home the first night and calls me! 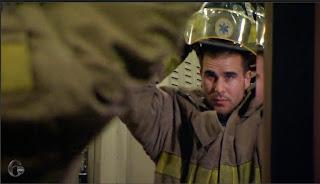 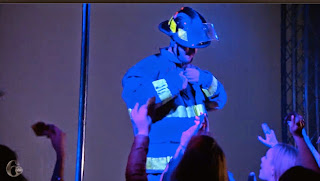 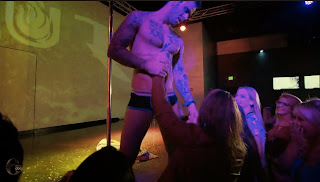 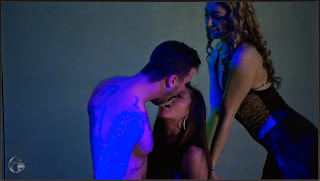 The women he was stripping on (that's the right verbiage right?) were probably also strippers.
I'm sure he'll peel back his onion like layers to show us all that he's more than just abs and law degrees...he's a man that wants raise the bar for our bachelorette's heart.
Get it .....Bar......like the test lawyers take?

This sad basett hound was next. 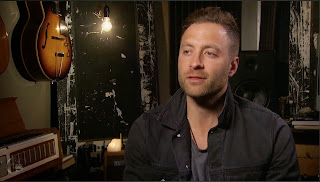 He's a singer from Nashville but I couldn't tell you a lyric from what he "sang."
I'm hoping he was doing a vocal exercise of singing with marbles in his mouth because Garth Brooks he was not.

The next Bachelor welded us a rose, and welded himself to my heart specifically. 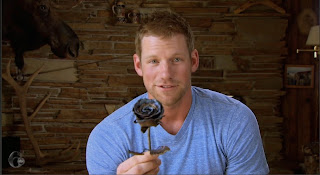 Eyebrows was really went all the way with his Love Man superhero idea, which is going to be a huge hit.......... 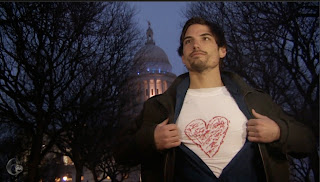 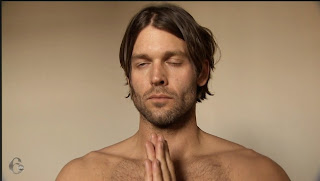 when you describe yourself as antisocial and you kiss your plants...you've probably got one. 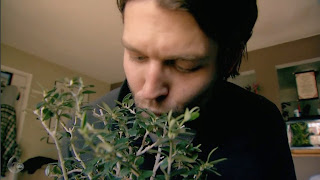 Slowly but surely more men were introduced.
They focused on Britt for most of the night, until the tables turned and people started bringing Kaitlyn gifts.
Britt naturally felt personally attacked, especially when Kaitlyn ran inside to tell the guys they were great. 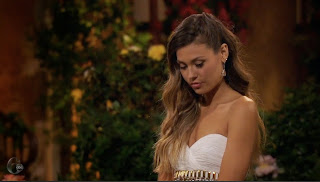 
Meanwhile Roid Rage (Nikki Ferrell's ex boyf) hulk smashed his way through the house and made terrible jokes until he was later asked to leave. 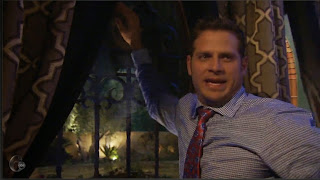 Nikki has a stellar track records with dudes.

This guy showed up in a "car pool" 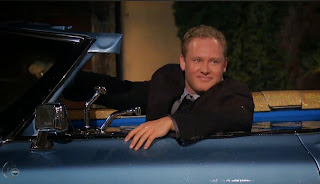 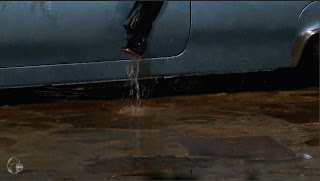 He looked like a 90s Lifetime movie obsessed boyfriend but I like his pun.
Then his job was highlighted: 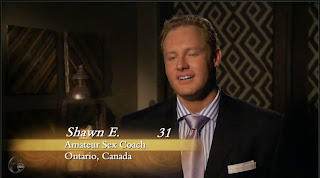 There's also a man who's given name is Kupa.
Kupa...

A dentist rolled up in what can be only described the grossest cupcake ever. 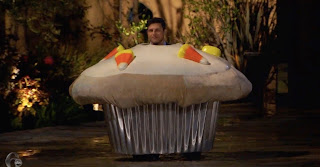 A guy drew Chris Harrison riding a triceratops.
To say the least the guys were stepping.it.up. 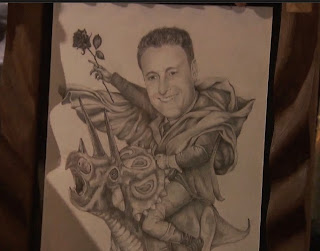 As they walked into the house, Kaitlyn told a joke that made everyone die a little inside.
Britt trying to prove how truly superior she was said she was looking for her best friend and adventurer.

Britt kept mentioning how "different" she was from Kaitlyn, and how it was fine that Kaitlyn was making jokes, but that's not what she was about.

Because jokes are disgusting and should never enter into a relationship.

Many of the guys thought that Britt was genuine and beautiful.

The guys were so gross during the whole choosing piece.
Talking about "Team Britt" and "Team Kaitlyn" and strategizing on how to win just further highlighted how icky having two Bachelorettes was.

Voting consisted of men dropping roses into a box.
It screamed "Survivor" and when you think about it...it kind of was.

Crawl Space decided to feel the boxes, and said that he felt Britt's box pulsating. 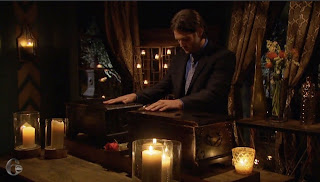 Naturally there was a cliff hanger but Chris Harrison quickly let us know that the votes were in.

He started with Britt.
The look in her eyes said "Nailed it."
But then Chris said "Smell ya later,"
And Britt cried and cried in the limo.

Meanwhile the rest of Bachelor fans were all:

because Kaitlyn was the Bachelorette!!!!!!!!

She called her mom, and was pumped to get in there was the dudes.

The guys began to panic as they realized that she was the captain now.

Naturally we don't know who all voted for Kaitlyn, so she has to be extra suspicious of who is there for her.
Gross, right?

The final rose ceremony took about 30 minutes because there are so many dudes.

The singer from Nashville felt too close to Britt and left to find her in her hotel room crying.
(Shocking.)

At the end, Kaitlyn and the dudes all seemed super pumped.

It feels like a tainted group because of how they were brought in to pick who they wanted to date, but maybe they'll be dream boats.

In the preview for the rest of the season did look pretty juicy.
Nick V from Andi's season slithered his way back in so we have that in store for us.
Kaitlyn also sleeps with a guy before the fantasy suite and from the looks of it the men declare her a witch and burn her at the stake.

Here's to season 11!
What did y'all think?
Super appalled?
All in?
Any favs?