Last week I was traveling around the great state of Virginia, so I wasn't able to catch up on all things "Bachelorette" until Tuesday of this week.

I know...I'm so brave.
Trust that I don't think you were drooling over your keyboards for my recap but I'm back in action for the rest of the season!

Last week was entirely extra.
Holy cannoli Tony...
His constant rage-outs made me believe that he wasn't really as centered as he would like us to believe.
Plus his constant references about missing his bonsai trees really proved he needed to go home.
Both Ben's were both all-stars but Clint and JJ were star crossed loves.

via
This season is all about the cliff hanger because we were met this week with Kaitlyn confronting Clint about his shady behavior. 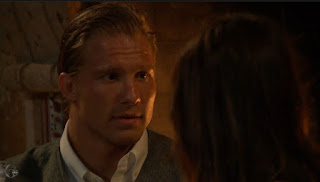 via
It was clearly a lie and she told him to bounce and say good-bye to his friends.

Clint made a small speech, and JJ IMMEDIATELY told him in front of everyone that Clint should really apologize to everyone for wasting their time.
You could see Clint's idea of a suns out guns out themed wedding disappear if a cloud of smoke.

The guys recognizing what a uber douche JJ continued to be, berated him for throwin' his boyf under the bus.

JJ cried and slapped himself so hard in the face that I gasped.
Clearly he has those kinds of "pep talks" alone
in his apartment listening to "Everybody Hurts" regularly.

The guys were mostly glad that one half of the bromance was gone, as Clint rode in a mini van off into the night.

Chris Harrison came in and told them that they were leaving the mansion
and going to New York  City!

The first group date was a rap battle.
What could possibly go wrong?
JJ told us that he had never listened to a rap song in his life, which surprised no one.

via
I'm under the impression that his favorite album is just a track of his dad yelling at him telling him he never amounted to anything.

Shawn B. said he was more of a country guy and I changed his name to Shawn Beeeeeeeee My Boyfriend.

It wasn't quite a singing date but it was equally as mortifying so I was glad when it was over.
Kaitlyn then ran to the back to see Ashley I. (Princess Corn Cob from Chris's season) and a slow terror started to come over my body when I realized that the dementor of all Bachelorette contestants was lurking over in the corner.

The douche chills ran over me, as soon as I saw him.
Nick Viall was there to see Kaitlyn.

via
The only thing I could think was.... Kaitlyn:

According to Kaitlyn they had talked over text and social media and had a connection before she even knew there was a possibility for her to be the Bachelorette.

Nick, after checking in with Andi who now lives in New York City, decided that he couldn't pass up an opportunity to embarrass a woman on national television explore what he was feeling for Kaitlyn.

She asked him if he was going to stay, and he told her it was her choice.
After Kaitlyn talked to the guys, they were all pretty irritated that the dude that blasted Andi for sleeping with him, had the potential to come into the house.
She realized how difficult of a choice it was to make.

They guys were upset because they felt that she wasn't confident in them, but to be honest....some of them didn't even want her to be the Bachelorette so why should she be?

After consulting her hairstylist and onion expert, Ashley S.

The 1:1 date of the week went to Jared.
Kaitlyn was clearly not in the right headspace knowing that Nick was going to move in.
Jared reassured her that he was confident in their relationship, and one more guy wasn't going to shake that.
My thought process through that whole conversation went like this:
"Jared has a pointy face...very sharp angles......HE'S SO NICE TO HER."

Kaitlyn, feeling much better, read a note from Chris Harrison re: a surprise.
And it was the best kind of surprise:
THE FIRST HELICOPTER OF THE SEASON! 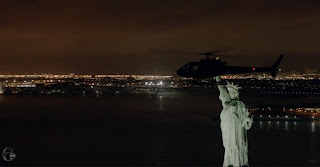 The next group date was on Broadway.

The men had to sing the best version of "A Whole New World," and dance to prove they were worth 1:1 time with Kaitlyn.
I was hoping that the dude who actually plays Aladdin would use one of his three wishes to join the show because < 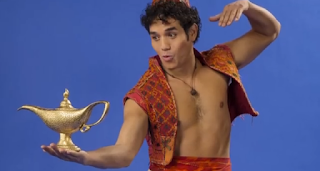 Cupcake ended up winning and y'all he is too cheesy.
It hurts to watch him talk about things, and for some reason he reminds me of Darla's boyfriend from the "Little Rascals." 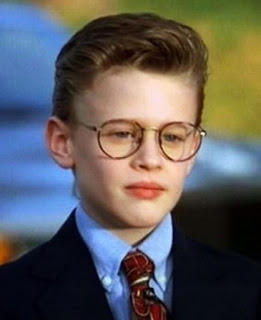 After making their Broadway debut, Kaitlyn takes him on a walk around Times Square.
Then to a secret location to climb up a billion flight of stairs, because nothing says "Let's see how much you love me," more than strenuous cardio.

After seeing the ball that drops on New Years Eve, Cupcake stated that it was wonderful being at the center of the universe with Kaitlyn.

Cut to Nick wandering around with his rolling suitcase, entering the Knickerbocker, and riding in an elevator with the cutest old grandpa ever, the door opens and then
New York skyline.

We'll have to wait until next week when the guys make Nick do wall sits, drink warm beer, and sumo wrestle the fake Elmo in Times Square to initiate him into the group.

As an added bonus we were updated on Britt and Brady---the smelliest looking couple in California.
Apparently they're still in love and so happy!
Hooray!

Does anyone else feel bad for Kaitlyn?
Are people being extra hard on her this season?
I kind of feel like the "Leave Britney Alone" guy whenever people attack her for her choices on Twitter.
That's normal right?
I just have a hard time critiquing her when the guys suck so much.

Do you have any favorites?
Did Shawn B's abs woo you?
Tell me!
Email Post