Well. I'm back.
Here's the thing...I moved to a different state and you'd think just me and a dog wouldn't be that big of a deal to transport but listen....it was.
I'll give a little life lately update soon but in the meantime just know:
Movin' ain't no joke...

But don't worry, I've kept up on the "Bachelorette" drama and I'm here to give you what will probably be a rusty recap as I'm two weeks out of the game.
Be gentle.

We're still in Ireland this week because budget cuts happened and we gotta keep the traveling to a minimum.

They're also still calling the overnight dates the "Fantasy Suite" but when we've seen them talking in hotel rooms all season...there's really not a lot left to the imagination.

Not to mention they are in old timey castles with needlepoint pillows and dark lighting, not tropical hot tubs where you pet a jaguar and drink champagne while sitting on a live elephant's trunk.

Even though last week's episode ended with the Nick//Shawn fight, we are treated to it again.
Nick brought up the weird "eskimo brothers" thing--which was weird--but what country star are they referring to?
Asking for a friend.
Nothing ends up getting accomplished and Shawn storms out.

It was time for Ben H.'s overnight date and he showed up looking real presh. 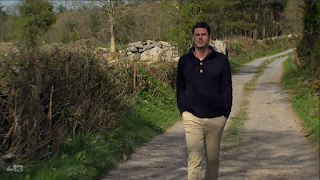 They rode horses.
Fed donkeys.
Made out a bunch. 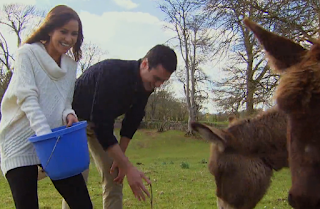 He told her that he turned 26 when he was on the show.
Kaitlyn mentioned she was going to be 30 soon, and asked him if he thought of her as an older woman.
Four years is a disgusting age gap.
I mean who let this guy on?
FOUR YEARS?
Who does she think she is Hugh Hefner?
Oh...this just in....it doesn't matter.

He also told her that it was super hard knowing that there were other guys but that he didn't want to talk about them because he was confident in who they were as a couple.
Are you weeping?
Yeah me either.

He was so sweet and genuine that it was painful to know he was probably going to get sent home.
I found myself saying, "I could watch a season of him."

Also...his little backpack the next morning?!?!? 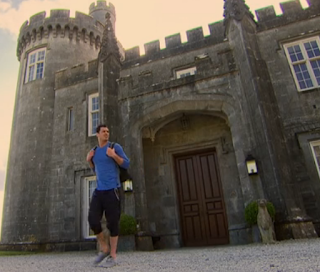 Pretty much equivalent to: 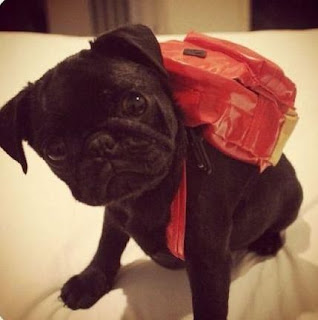 Shawn's date was up next.
Kaitlyn gave Shawn his new outfit, and to be honest it didn't suck. 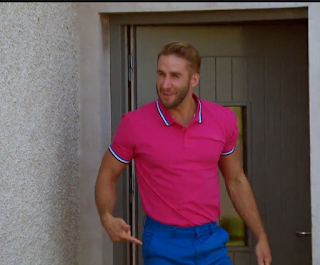 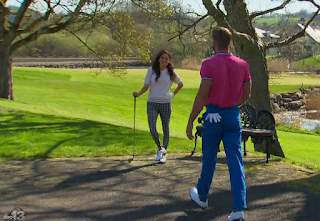 Dibs on submitting that to Hallmark.
They made a bet that if either of them won Kaitlyn got whatever she wanted.
Shawn was cruising along until he couldn't get the ball out of the water.
Kaitlyn said it best: 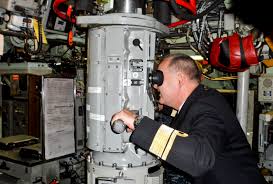 He ended up being a big ole loser, and so during a game of "Truth or Dare"Katilyn told him he had to streak.
She promised him his very own black box. 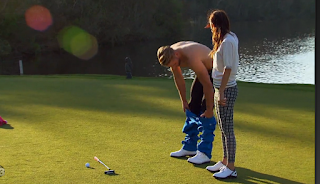 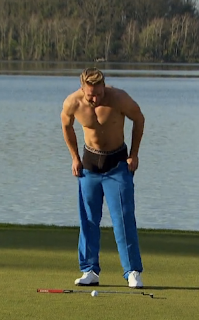 Y'all there were so many muscles.... 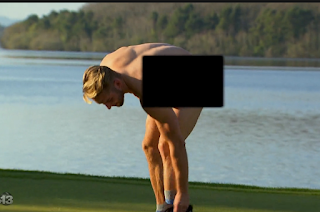 But he took it all in stride and they seemed to be having so much fun together. 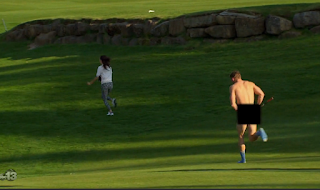 That night at dinner, Kaitlyn brought up to Shawn concerns she had from a conversation with Nick.
She mentioned the eskimo brothers thing--again--and told him she didn't need an explanation.
I on the other hand needed names.
Off camera seemed to go well?????
We were never given a recap, but no one was crying so we'll call it a win.

As Shawn walked back to his room Nick was conveniently waiting for him "casually" on the side of the building: 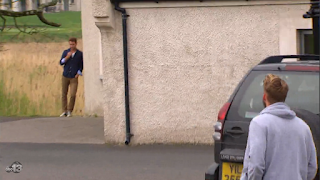 HOW LONG WAS HE THERE?

Shawn and Nick fought again, and there was a lot of nothing being resolved.

The rose ceremony was uncomfortable.
Ben H. got sent "home" or as I like to call it, straight to the Bachelor lair where they've begun grooming him for next season.

Kaitlyn toasts Nick and Shawn and then peaces the f outta there.
All of us however were left to encounter the two guys standing alone, chugging their champagne.
It was pretty anticlimactic from there.

Finally it was time for Kaitlyn to meet the families.
Nick and the rest of the von Trapp family were first.
They all sat around in a large semi-circle a la "Intervention" and cried. 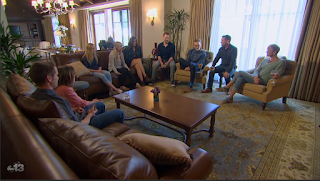 How they talked about Nick being back on the show made him sound like the real life hero, Bruce Willis's character in "Armageddon" was based on...

But seeing as that movie was not true, and he did not save the world by blowing up an asteroid heading towards earth and is really only sleeping with women on TV, it was agreed upon across the nation that they needed to chill.

I remembered him having a big family before but holy crap the introductions did not end.
Bella was there ready to ask the hard hitting questions, while the rest of him family acted like Andi held Nick for ransom.

Nick had a conversation with his mom, and told her that Kaitlyn was good at making out.
I don't know if that was to make her jealous or what,
but that seemed a little iffy on the "Share-With-Mom-O-Meter."

I also think he was bummed that she didn't ask him about his sweet new ring.
Here's what is confusing.
As a human, I do not like Nick.
As a couple, I like Kaitlyn and Nick together.

Shawn's family was next and far less traumatized.
His sisters were very sweet and seemed to really enjoy Kaitlyn. 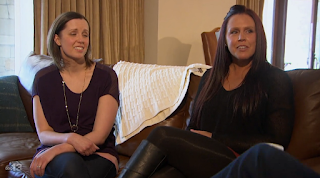 His dad on the other hand was really trying to make a name for himself by figuring out,
"What the hell was going on?" 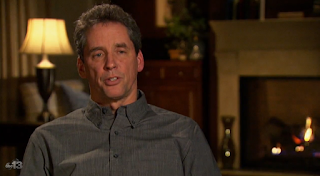 It's not about you Steve.

Shawn told him he was in love with Kaitlyn.
Steve then cracked and said he should really tell her how he felt.

So back in the room, Shawn tells her that he loves her.

Kaitlyn leaves, walks back to her room and cries because she's in love with two dudes.

I gotta say over this season, I've really grown to like Kaitlyn a lot.
Her relationships with both guys seem pretty cool.
Shawn has some rage.
Nick is the pits.
But overall when they're with her she makes them super fun.

I don't know how it's gonna go down but I have a feeling it's Shawn B.
What do you think?
Leave your thoughts in the comments!
Email Post