Well the curse of the Bachelorette/Bachelor strikes again.
I'm straight obsessed with the turn out of last week's show.

It's a vicious cycle.
But to say that I don't watch their Snapchat stories more than once a day would be a gross lie.
They just look so happyyyyyyy.

I liked this finale a lot, not only because of the outcome but also because five of my favorite girls came over to watch for my first ever "viewing party."
When we first meet Kaitlyn's family, I kind of felt like we were watching an episode of Degrassi.
They were speaking in hushed Canadian accents about Kaitlyn and Nick's fatal attraction and it made it all so exciting and dramatic. 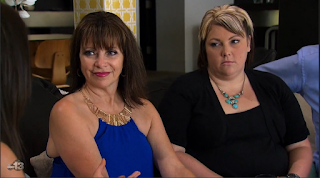 Kaitlyn let her family know that Nick was one of the final guys, and Kaitlyn's mom was not happy.
She told us how she was doubtful that she would like him at all.
10+ for Mom.

Nick arrived looking stupid as per usual.
His hair was too long, his beard was lame, and he didn't stop mumbling. 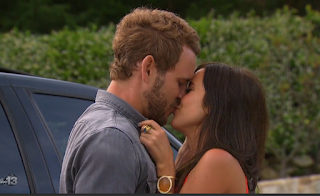 It was borderline mullet.
We all know I know a mullet when I see one, as a former card holder.

Nick walks through the door and immediately K's mom wants to chat.
The convo goes like this:
K's Mom: You suck. Discuss.
Nick: < 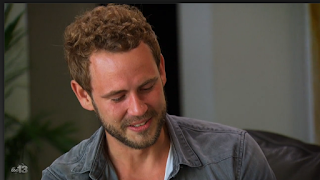 K's Mom: You are forgiven.

Nick then sloppily asks both parents for permission to propose to Kaitlyn, while referencing his experience with Andi more than 50% of the time.

As they went from the commercial to the live audience we see Nick's family.
They looked like they had been caught going into Chris Harrison's forbidden West Wing where they found the golden rose that keeps him so youthful. 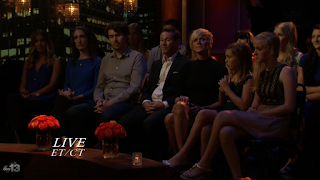 Next up was Shawn's date.
Kaitlyn's sister said she was willing to give Shawn a chance and then I LOL'd all the way to my kitchen for more cheese because I knew she would be a changed woman after his visit.
Shawn arrived with so many gifts and was very sweet.
He gave a great toast and told a cute story about how he snapchatted a picture of Kaitlyn to his friends saying he was coming for her.
Ok--out of context that sentence sounds a little creepy but I promise...it was romantic.
Actually probably the most romantic story ever told in regards to Snapchat. 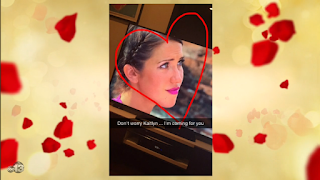 Kaitlyn's mom pulls Shawn aside, and immediately brings up Nick.
Which is great.
For everyone involved.
However,  he said that he and Kaitlyn fought for what they have now and he was so happy to be with her.
He then said that he had something important to ask both of her parents together, and then asked for permission to propose.
The whole thing was so cute, and I think it was at that point I yelled at my friends:
"IT'S DUSTY IN HERE. I'M NOT CRYING."

Now I realize that Nick asked for both parents permission but Shawn's soothing voice and magical beard really sold the whole thing.

Kaitlyn's sister felt the same way, and was on Team Shawn.
Duh.

Nick last date was first and while I was hoping a Sharknado would blow past and scoop up only him, we were forced to watch the entire thing.

They went on a boat.
They came home.
Nick said he had a gift for her in his bedroom.
She asked if he was serious and he repeated (like most Lifetime Serial Murders do)
"Come to my bedroom, I have a gift for you in there."

JK.
It was a picture and a lame poem he wrote and then as an added treat read out loud.
I believe he said her kiss was electric.
It was at that point I wished I had taken it easy on the bean dip.

The first half of Shawn's last date was awkward.
Kaitlyn kept saying things like,
"I don't want to make you nervous," and "I'm excited."
Things she didn't say to Nick.
It got me thinking....
Does she not want him to be nervous because he's it?
Probably right?
PROBABLY RIGHT?
It turns out when you yell at your TV when you're alone you're crazy by yourself.
When you yell that at your tv when you're with your friends....you're friends start to look for the nearest exit.

The second part of the date was much better.
She asked him if he was going to watch the season back, and he said he couldn't wait to call her and be like "I can't believe you're making out with Joe." 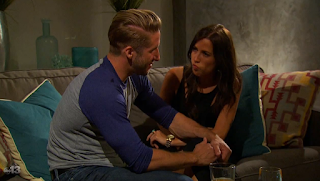 He also said he couldn't wait to tell people,
"This is my girl."
Weeping.

He also had a gift for her and it was a memory jar full of everything that they had done together. 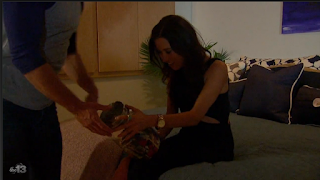 She loved it and so did I.
Barb Jones even weighed in from 3 hours away saying:


Neil Lane (or as Barb called him, "The Kay Jeweler guy") was there the next day to help the guys pick out their rings.
Nick made it pretty dramatic by telling his heartbreaking story of getting dumped.
Neil Lane was like,
"Yes I don't care I sleep on a diamond bed."

Shawn was like
"Eni meany miney mo, this rock is shiniest yo."

Finally it was time for the proposal.
Nick was seriously acting like he was Cinderella.
This was his chance.
He said and I quote, "I'm an acquired taste and Kaitlyn has acquired a taste for me." 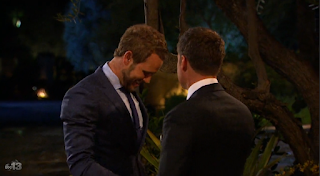 LOLOLOLOL.
Now in Nick's defense, he did say literally everything and start pulling out a ring before she stopped him, and that was probably embarrassing AF. 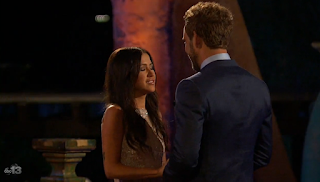 And sure, she could have told him earlier but I think that she was doing what she thought was right and I can't fault her for that.
He didn't get too aggressive during the break up but throwing everything in the limo was clutch. 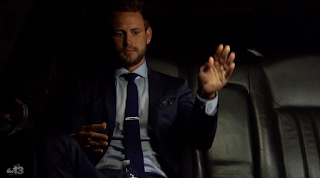 What wasn't clutch was the fact that they immediately show Nick's family.
How much more do they need to call out Kaitlyn?
She's had enough of a rough season you really need to show her the traumatized family again?

"Here's his family Kaitlyn...do you feel like shit?
You should.
Look at Bella
She's so upset.
She's nine Katilyn.
NINE." 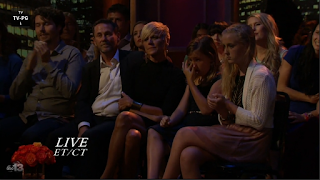 Shawn was there and while we were all feeling confident that she was going to pick him....

we were guarding our hearts... 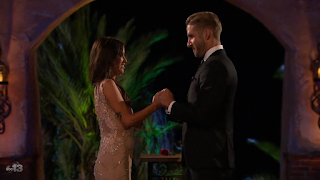 But it worked out! 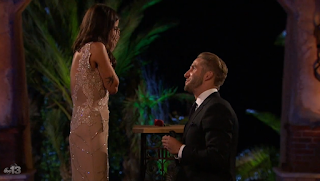 She said yes!
My friends and I were like "OMG AWE" 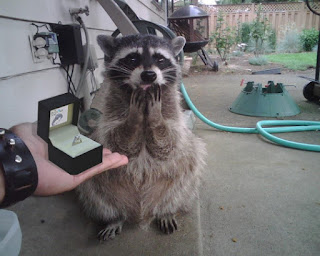 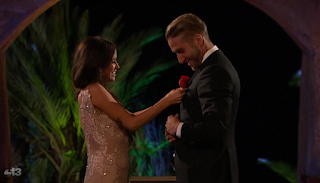 and then they made out real good in front of Nick's parents. 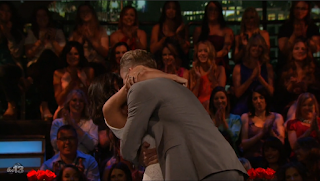 They were very sweet during their recap but what sucked the most was how much they focused on Nick and how sad everything was for him.
He wasn't dumped in the best way but anyway you slice it, it was going to suck.

Overall it was great.
Now I must go and continue obsessively checking their snapchat feeds.
Don't wanna miss anything....including my invite to their wedding.
#fingscrossed
Email Post