​Hello!
Boy does it feel excellent to be writing again.
The past couple of weeks have been a little bit bananas if you're in the Jones family so my Bachelorette recaps are two weeks behind.
But I'm back and I promise that I will be blogging the whole season this time, and not just dropping off the face of the planet.
To be honest, I'm SO excited for this season.
Jojo really brought it in the finale with Ben and I was so convinced that she was going to be picked, and had even started to envision my life with Ben and Jojo in it as a couple.
I mourned Lauren's loss, and started planning the Bojo wedding, you know, gathering all of the wine bottles for Jojo's mom, creating a seating chart that put me with Ben's mom and dad.
Then all of a sudden Ben ripped her heart out, stomped on it, and rode off into the sunset with Lauren, who I now hated.

Mix that in with a dash of "Caila is the next Bachelorette" rumors, and I was about as pleasant as a Bridezilla who's mom effed up scheduling her 8th hair run through.

So when they announced that it was in fact Jojo who was going to be the Bachelorette, I was so incredibly pumped.
She's such a delight, ya know?

The season always starts with "advice" from past Bachelorettes, so Katilyn, Desiree, and Allie all showed up to give Jojo the run down.
Kaitlyn pretty much told her that if she sees Nick Vaill to burn her finger prints and disappear into the night.
Desiree told her to play it cool with the ones she likes, and pay attention to the lame-o's who don't peak her interest at first.
Because of the Brookes debacle, no doubt.
Allie's advice was to not just like people because they were hot.
So hopefully Jojo took that one to heart....

This gaggle of men is pretty standard in several aspects:
1. Hair that leans a littttle to the left or a litttttle to the right
2. Want to "win"
3. Think Jojo is the prettiest person they've ever seen
4. Do push ups to establish dominance
5. Drink like fish

There are a few that stood out this first week so let's breeze through them to help tousle their hair ever so slightly, shall we? 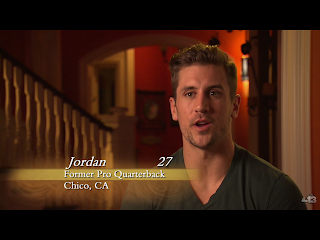 I didn't even know Aaron had an equally hot brother...let alone two (google them).
Cue Adele because "WE COULD HAVE HAD IT ALLLLLLL"

There's a Marine with a twin.
Which is cool, unless they're identical.
If one of them commits a crime, no one will be able to tell who did it, and it will leave a mystery unsolved forever.
I saw it on Law & Order: SVU once. 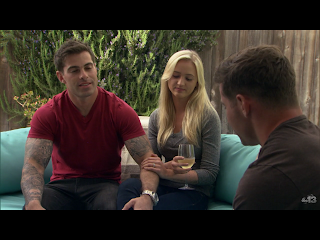 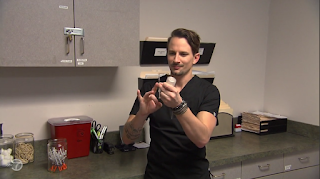 If you are thinking to yourself: "Self, he looks familiar,"
It's because he looks like the guy who smells and cuts hair in "Charlie's Angels."

There's another veteran, Luke, who may also be an angel sent from heaven?
He seems very precious, but what threw me off with his intro was the fact that for the 3rd season, they have found a red barn to pose in front of... 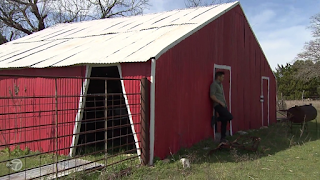 Chris, Ben Higgins, and now Luke.
Do the producers have a google search for these things?
Red barns near me?

There's Chad, who is hot, but a little bit creepy like the husband in "Sleeping with the Enemy."
He looks into your eyes like he knows where all the crawl spaces are in your home. 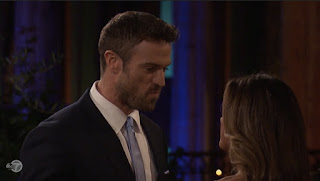 Jojo, a little uncomfortable by his glare, told him that he smelled good.
I love her so much.

Adam Levine's Evil Twin, Daniel, made his way from Canada, to grace us with a very clever and original play on the internet's "Damnnnn Daniel," with "Damnnnnn Jojo."
Later, he asked if she "got it" and if she had been "keeping up with the internet lately." 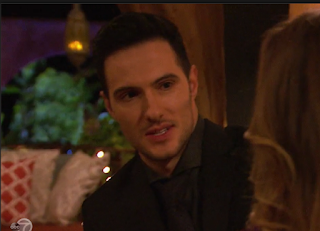 He's got game, timeliness, and the ability to execute a joke.
He was also the first person to strip down into the pool, and poke another man's belly button.

Another stand out was James Taylor. 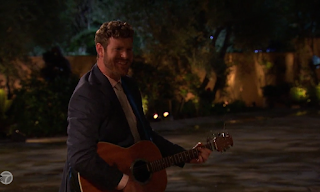 If you're new to the recaps, you should know something...
I hate when people sing at other people.
It makes me so uncomfortable.
HOWEVER, when James Taylor sang to Jojo: I was not appalled.
I felt something different...I think I felt love.

Now when Wells, the DJ, brought out All 4 One and they sang to Jojo not once by twice, I was back to hating it. 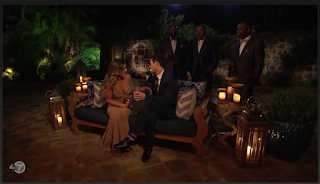 What was also unfortunate, was that no one knew who All 4 One was, and kept calling them, "That a cappella group."
I'm sure they'll bounce back.

A man, came dressed in a kilt.
His claim was that he was half-Chinese and half-Scottish, but mostly importantly half Scottish below the waist. 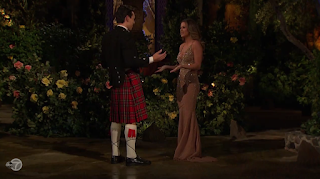 While Jojo responded, "Thanks for throwing that out there,"
All I could think about was the time Ross learned to play the bag pipes for Monica and Chandler's wedding.
via GIPHY

Santa was there.
Instead of "Ho, ho, ho" he said "Jo,jo, jo."
Somehow, it wasn't the creepiest thing that's ever happened. 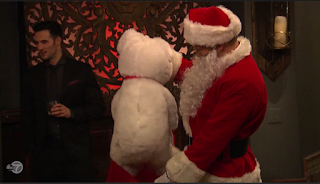 Plus he brought gifts.

There was a hipster, who in classic hipster fashion, didn't know anything about the show or Jojo, or why he was even there. 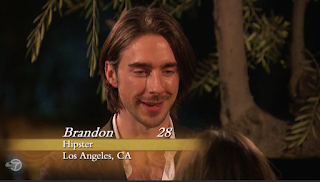 With the introductions out of the way, Jojo made her way into the house.
The men were hammered.
Like breaking into interview rooms, slurring words, hammered.
A lot of them kept saying how beautiful Jojo was, and slamming back more shots.
I'm not sure if they were held in a bunker before coming to the show, but they were acting like they'd never seen a pretty woman before.

There was some real stand out moments with Jordan and Luke.
Jordan is such a babe, and so sweet to her already that I'm really concerned he's going to be an uber villain. 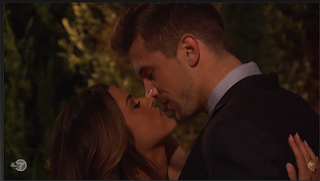 Jordan ended up getting the first impression rose, and Luke ended up as my vote for Vice Presidential Candidate for 2016.

At the rose ceremony, the men were interrupted by JAKE PAVELKA. 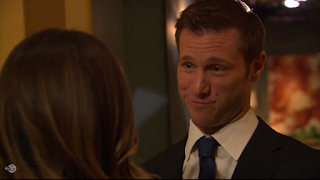 You know the pilot sleaze ball that picked VIENNA. 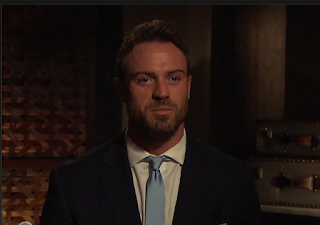 Chad wasn't impressed by Jake (or the fact that he found out Santa wasn't real earlier in the evening.)

As he pulled Jojo out of the ceremony, she mentioned that Jake was a dear OLD family friend.
She considered him a brother, and was so surprised to see him there.
I knew in my heart that if he was there to stay, I was going to unsubscribe.
I'll take Nick Viall over him any day.
Ugh. He gives me the douche chills.

Luckily he was just there to tell her that he wanted her to find love.
Apparently, he couldn't have stopped by sooner.
It's not like he knows how to fly a plane or anything...

What were your thoughts?
Tell me in the comments!

all images via abc.com