Week Two: It's Lit on the Bachelorette...

This season of the Bachelorette is what the kids call, "lit."
I can't remember a time where there was so much hostility in the second episode of the "Bachelorette."
Just like Britney was against the music, the house is against Chad.
It's amazing.

The first date card of the week came, and ED Evan grabbed it.
As he announced all the names, he read his and fist pumped like he was going to be freeze framed for a "Debt Free in 2016" ad. 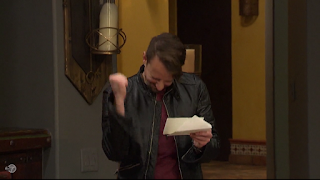 The group date started with a limo pulling up and then blowing up.
Seeing as the dudes were under the impression Jojo was in said limo, it was a little concerning that only one person asked if she was in there.

Soon after a fire truck came roaring into the driveway, where Jojo jumped out pulled out a hose and put the fire out without breaking a sweat. 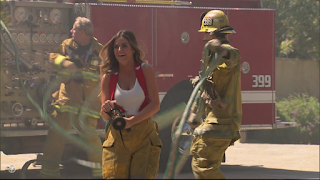 Her hair looked amazing.
I look like I've been standing in front of a fire after carrying 2 grocery bags full of chips and a gallon of milk into the house.
#fitness

Jojo let the guys know that they were spicing things up....with murder.
Just kidding, it was fire fighting test.
They had to do several drills, and more DJ Wells almost passed out with one swing of the axe.
He may not be able to save her, but he would play every hit that had the word "fire" in it, while giving weather and traffic on the eights, while the true professionals did the job.

After the drills, the guys had to take everything they learned and use it to save Jojo, who was locked at the top of a building.

Luke, our feelings cowboy war veteran, almost made it to win extra time with Jojo but the actual firefighter, Grant won. 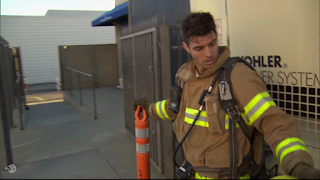 But this sensitive flower flourished during his 1:1 time with Jojo.
Sure he didn't get a rose, but still, he seemed to really connect with her. 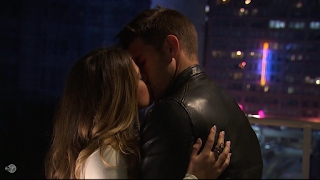 Other fun facts we learned during the after party:
*Grant the fire fighter will always tell Jojo he loves her before he leaves to go to work because he may never make it back.
Baby he's the new romantic.

*Wells has a dog named Carl.

The rose ended up going to Wells.
Side note: If his Twitter handle isn't @ohwells then I don't know how the world works.

Back at the house, we learned that Chad has baggage... 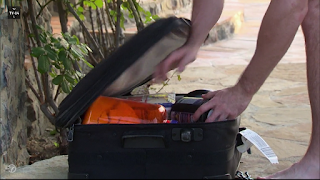 Weighted down on his person. 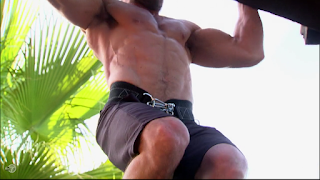 As he hoisted himself up using the housing, proving to the group that he would have no problem robbing their homes via the attic, James Taylor helped all the boys write a song for Jojo.
It wasn't annoying.
It was actually pretty sweet.
I'm either immune to singing, or James Taylor is the light of my life. 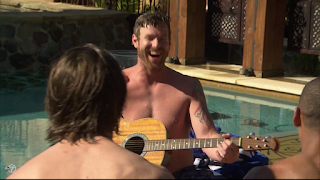 I think it's safe to say he's the light of my life. 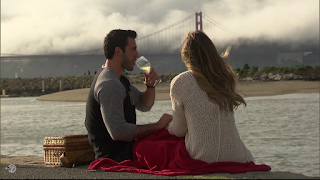 Alcatraz would have really kicked things up a notch, but I'm a sucker for a guided walkman tour.
The remaining group date, was held at ESPN studios, aka where Jordan's crushed dreams were broadcast. 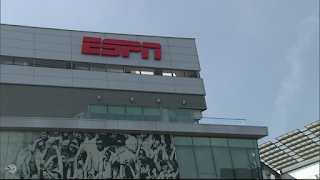 Naturally he was on this date. 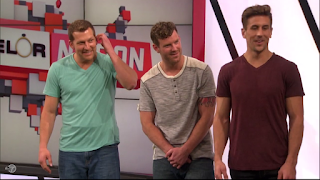 The guys went through a serious of tests with Max Kellerman and Marcellus Wiley to determine their power rankings. 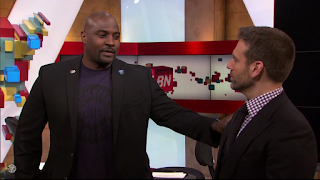 One of the drills involved the guys telling Jojo all the reasons why they loved her, and proposing to her.
Everyone did a pretty great job.
Jordan promised an Aaron Rodgers Christmas.
James Taylor spoke, which is all I need in this life.
Chad just grabbed her butt and asked her to marry him.
When Jojo asked why he loved her, he told her she was being, "naggy."
While most would have told him to pack his baggy, Jojo laughed it off.
Chad said he wasn't going to lie to her about what he loved like the other guys, because he was taking this seriously.
It's just a hunch, but I feel like if you told Chad you "got his nose" he'd punch you until you gave it back. 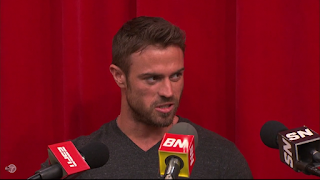 or really anything at all.

The power rankings put Alex the Marine 3rd, Chad 2nd (for his honesty), and m'boy James #1.

Chad wasn't pleased with his ranking at all, and broke down all the guys on the date like Janice Ian did for Regina George's Army of Skanks.

At the cocktail party, James got the group date rose, after telling Jojo he felt so lucky to know her and be considered by her, even if he wasn't "Abs McGee."

He's perfect.
Literally perfect.
You know who he should marry?
Becca.
Becca and James Taylor for President.

The cocktail party/rose ceremony was up next.
While all the guys sat inside, Chad sat on the stoop waiting for Jojo.
A new move:
Butting in before the party even starts.

As the guys reacted to Chad's wild gesture of waiting outside, Chad ventured into the kitchen to eat the amount of meat Jimmy John's goes through during lunch rush. 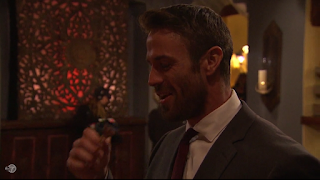 The more meat he ate, the more aggressive he got.
Meat sweats are no joke, y'all.
Many of the guys, still appalled by his behavior, circled around him (like Care Bears, according to Chad) while he ate kabobs, to tell him they hated him.
Kabobs: the confrontation food of choice.
He spent the remainder of the night telling Alex the Marine, he was short and also that he would break his teeth.
He also said that Jojo wouldn't let Alex leave yet because she didn't want America to think she hated short people.
With a statement like that you think, "Huh. Maybe he does have a sense of humor," but then you see his dead eyes and you remember: "He's probably killed before."

While there were some cute moments from Chase, a pretty cute dude, and Luke, it was overshadowed by Pizza Hut's reason for the Meat Lovers pizza, Chad.
(That joke was terrible.)

While there were no big shocks in who she sent home, there was a shock in someone she kept around: ED EVAN.
She likes him for some reason and it is a mystery I can't solve.

From the looks of the two night preview,  Chad is going to keep preparing for the date where they all fight him in an octagon.
I'm very excited.

What do you think?
Perfect editing of Chad? Or he's actually a creep?
Share in the comments below!


all images via abc.com