A recap and a giveaway!!!

Y'all, I'm sorry.
Blogging sometimes takes a back seat when things get busy but best believe I'm watching and doing my best to recap the rest of this season as best as possible.
The finale episode is going to be late because I'll be on a service trip but just know it's coming!

This week was such a tease...and kind of weird.
It was only an hour and while I'd love to say a lot happened during that hour it really didn't.

First up on the should have been dramatic but wasn't list, was Andi Dorfman's return.
via GIPHY

When I saw Andi, I did a heavy, and I mean HEAVY eye roll.
via GIPHY
I just finished her book about her break up called, "It's Not Okay," and spoiler alert the book wasn't OK.
It was kind of infuriating actually.
There was a ton of juicy gossip about her break up and even some stuff about Nick, but it was mainly just her talking about how she gained five pounds, and how she had to go from a 4 to a 6 in her Lululemon yoga pants.
She also claimed it was NOT OK to let yourself go during a breakup.
Not shaving your legs was not only uncool, but a potential crime.
She's a lawyer so I just took her word for it.
So after I read every single one of those 300 pages, I was questioning my own purpose in life, as well as how many other put themselves through that unnecessary torture.

Andi, asked Nick how he was doing.
He was surprised she was there.
The last time she showed up to his hotel room she dumped him.
We know Nick.
We were there.
She countered with "Well now you get to dump 29 girls."
And Nick said, "Maybe 30."
He wasn't going to pick someone just to pick them.

Nick, I don't know how to say this politely, but I believe I speak for most of America when I say,
I never want to see you looking for love on my television ever again.
I will watch you dance with stars.
I will watch your weird instagram stories where you just make "Jim Halpert" faces into the camera.
via GIPHY

But, I will not, watch you find a girlfriend on TV.
Ever.
Again.

After apologizing to Andi for calling her out for sleeping with him (which she references in the book several times) they hug and he's off to the rose ceremony.

Corrine is the one to take the L...imo home.
At first she cried and apologized to Nick telling him she was sorry if she ever made him upset.
He told her she didn't do anything wrong, and it seemed like he was saying good-bye to a good friend, not a girlfriend.

Corrine said that she just wanted to find love in a normal way and was done saying what she thought men wanted to hear.
She said she was done impressing men, and that they were going to have to impress her.
Then she said she wanted to go to sleep.
So she did.
via GIPHY

Soon after that was over it was off to Finland.

The first and only date of the night was with Raven.
They played darts,
via GIPHY
talked about their relationship, and drank beer.
Later in the evening it was time to decide whether or not they were going to take their date back to the fantasy suite.
Nick playing hard to get, threw on his itchiest turtleneck.
via GIPHY

Raven didn't mention it once.
In fact, she told him she loved him.
That's how you know it's real.

He offered her the fantasy suite and she accepted it right away.
She also told him, while weird "Beauty and the Beast" kinda music played in the background, that she never had an orgasm.
I think Raven is great but sometimes she talks about things in such a way that make me very uneasy.
Like we appreciate your honesty girl, but...maybe ease up a little?

Then they went back to their log cabin, and laid on the bed, with Nick securely fastened in his turtleneck, with his voice over saying that maybe he should take the time in the fantasy suites not to sleep with the women, but to get to know them better, so that intimacy wouldn't cloud his judgement.

Next week is THREE HOURS.
One of which is the "Women Tell All."
I don't know if you follow any of the women on social media, but overall these ladies seem to love each other.
It may just be an hour of Taylor talking down to Corrine.
Which I'll pass on.

Speaking of ladies loving their lady friends, I have a cool giveaway AND coupon code on the blog this week.
My internet friend Ashlie (no relation...) just opened up her etsy shop, where she is selling Leslie Knope compliment prints.
I live for Leslie Knope and empowering quotes, so naturally I chose this quote to frame in my home: 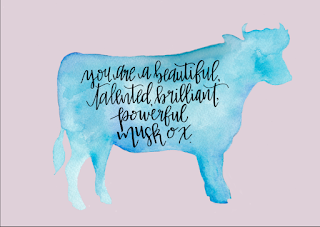 Ashlie is giving away one of her prints to a lucky reader!
Here are the options!


Comment which one is your favorite below, and I will pick a lucky winner!
Ashlie's also offering a 15% discount code to "Oh Jones" readers: WILLUACCEPTTHISROSE

She's got super cute stuff in her store, and a super cute Instagram feed so check her out!

Who's date are you most looking forward to this week?
Do you think the "Women Tell All" will be juicy?

Let me know (and tell me your favorite print) in the comments!